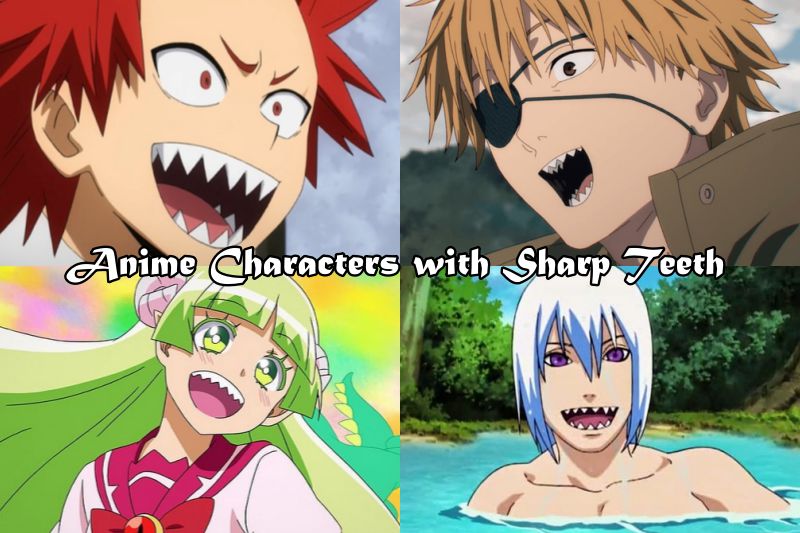 Anime characters often have unusual and weird features in their character designs to make them more distinct. One such unusual feature is the sharp and pointed teeth. A lot of anime characters, some with a legible reason and some without, have sharp, shark-like teeth. Today, we’ll be talking about anime characters with sharp teeth in a list.

For this list, we’ve taken both male and female characters and made sure to take one character from one anime to make a list more diverse. With that out of the way, here’s our list of 15 anime characters with sharp teeth. 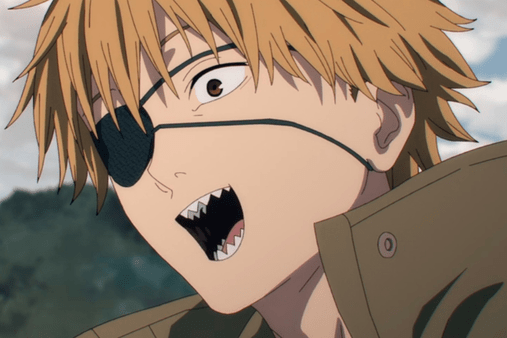 We’ll start the list of anime characters with sharp teeth with the protagonist from a comparatively new anime, Chainsaw Man. Denji is an orphan whose father left him in a pool of debt. His only companion is a little Devil called Pochita.

After being killed by the mob as a sacrifice for the Devil, Denji has revived again, with Pochita acting as his heart. This makes him a half-Devil, the Chainsaw Man.

Denji has untidy blond hair and brown eyes. He has sharp, pointed teeth that grow more vicious and frightening in his Chainsaw Man form. 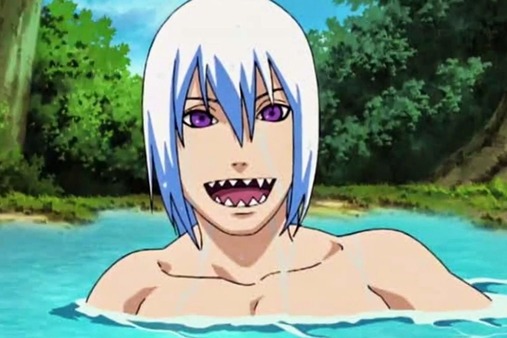 Suigetsu Hozuki is a missing ninja who joins Sasuke’s team Hebi which later becomes Taka. He is originally from Kirigakure. Orochimaru has been experimenting on him for his ability to turn into water.

After Sasuke kills Sannin, Suigetsu joins his team. He has an obsession with swords and is the current wielder of Kubikiribochi, which previously belonged to Zabuza.

Suigetsu has medium-length white hair reaching down to his shoulders and purple eyes. His sharp, shark-like teeth seem to be common for people from Kirigakure, as evident from other Kirigakure ninjas like Kisame and Zabuza. 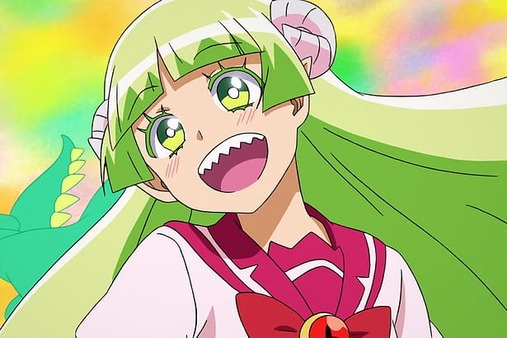 Clara Valac is a student of the Abnormal Class at Babyls Demon School. Her bloodline magic is Summon, also called Toy Toy, which allows her to pull out anything she’s seen from a pocket dimension placed in the two yellow pockets on her skirt. Her current rank is Daleth (No. 4), and her familiar is Falfal.

Clara is an energetic girl with green hair and eyes. She has some demon-like features like a pair of curled horns, a red tail that ends with a heart and sharp, shark-like teeth. 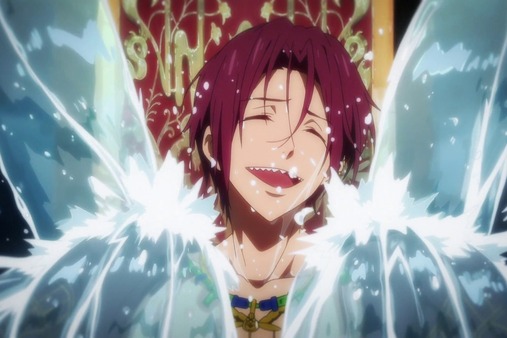 Rin Matsuoka is a high school student at Samezuka Academy and a swimmer. He specializes in butterfly strokes. Rin is a childhood friend of Haru, Makoto and Nagisa, who was a rival to Haru.

After losing a match with Haru, he leaves for Australia with a bitter heart. He comes back years later as a teenager and rekindles the rivalry with Haru. Rin’s dream is to compete in the Olympics.

Like the other main characters of the show, Rin is a very handsome guy. He is tall and fit and has maroon-colored hair. A characteristic feature of Rin is his unusual shark-like sharp and pointed teeth which he inherited from his father. 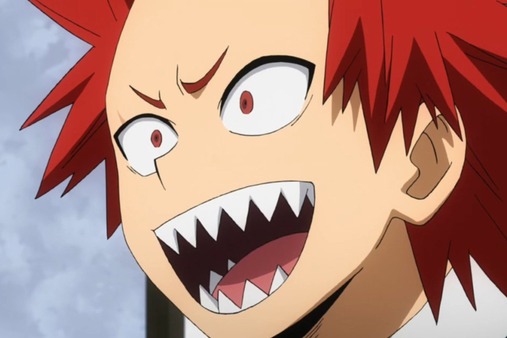 Eijiro Kirishima is a student of Class 1-A in the Hero Course at U. A. High School. He has a Quirk named Hardening, which allows him to harden his whole body. His Hero’s name is Sturdy Hero: Red Riot. He worked as an intern under Pro Hero, Fat Gum. Kirishima is also a close friend of Bakugo.

Kirishima has an eye-catching character design. If his spiky, bright red hair doesn’t catch someone’s attention, his smile certainly would. He has sharp, shark-like teeth, and it doesn’t appear to be part of his mutation. Kirishima’s unusual teeth make him all the more endearing to the fans. 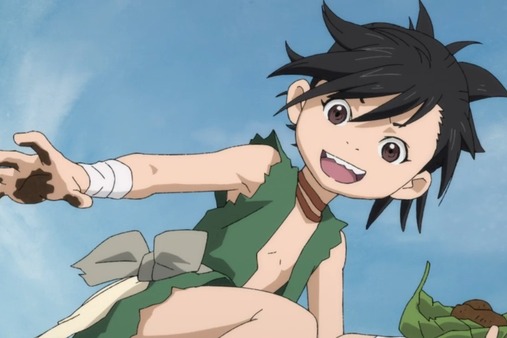 Dororo is an orphan who spends his time stealing and causing mischief. He was born as a girl, but his parents raised him as a boy instead. Because of this, he identifies himself as a male. After Hyakkimaru rescues him from a demon, Dororo joins the man on his journey.

Dororo is a child; thus, his gender never comes into question. He is small and slender and has big brown eyes. He keeps his black hair up into a topknot. Another distinct feature of Dororo is his sharp teeth. 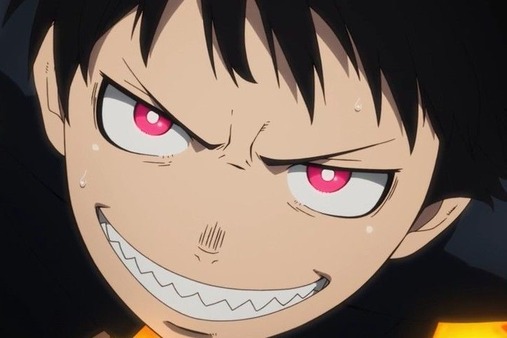 Shinra Kusakabe is a Second Class Fire Soldier with Third Generation Pyrokinesis at the Special Fire Force Company 8. His pyrotechnic is called Devil’s Foot, which allows him to generate powerful combustion and unleash them through his feet via kicks and such. He’s trying to uncover the truth behind the fire that killed his family years ago.

Shinra has a habit of smiling eerily when he’s upset. The action is involuntary and a result of the trauma caused by the death of his family. The grinning appears more unsettling because of Shinra’s unusual sharp, shark-like teeth. 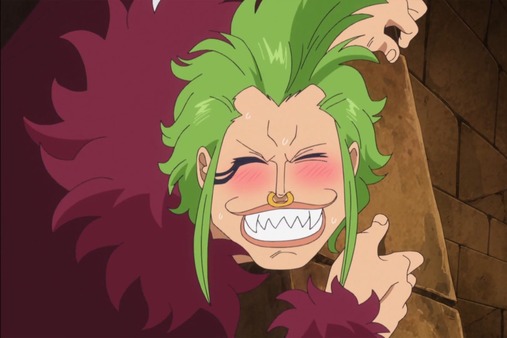 Bartolomeo is the captain of the Barto Club and one of the Super Rookies. He is a huge fan of Luffy and the Straw Hats, becoming so after witnessing Luffy escaping his execution by Buggy in Loguetown.

He and his crew join the Straw Hat Grand Fleet at the end of Dressrosa Arc. Bartolomeo ate the Bari Bari no Mi, and is nicknamed as Bartolomeo the Cannibal.

Like most One Piece characters, Bartolomeo has a quirky design. He has bright green hair and wears a nose ring. He also has unusually sharp, shark-like teeth, with the fangs on each side extending long. 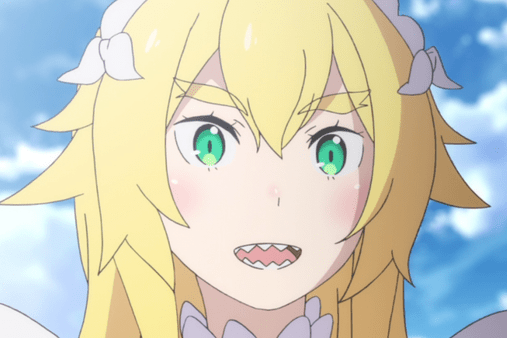 Anime: Re: ZERO: Starting Life in Another World

We’re already at number nine of the anime characters with sharp teeth list, and the spot belongs to Frederica Baumann. Frederica is a maid who comes to work at Roswal’s mansion after the erasure of Rem’s existence.

She is a demi-human and can transform into a leopard beast. Frederica is also the elder sister of Garfiel. 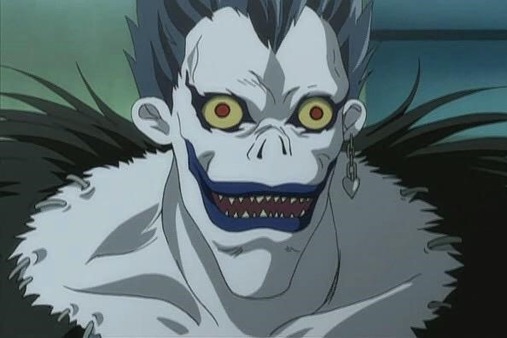 Ryuk is a Shinigami who drops his second Death Note to the Human World for entertainment. After the Death Note is found by Light Yagami, Ryuk comes to the young man and is instantly fascinated by Light’s sharp wit and dark philosophy. Intrigued by the human, Ryuk stays with Light as he begins to kill criminals like Kira.

Like every Shinigami, Ryuk has a frightening appearance. He’s somewhat humanoid with a very tall and weirdly lean body. He has bulging yellow eyes and sharp, pointed teeth. 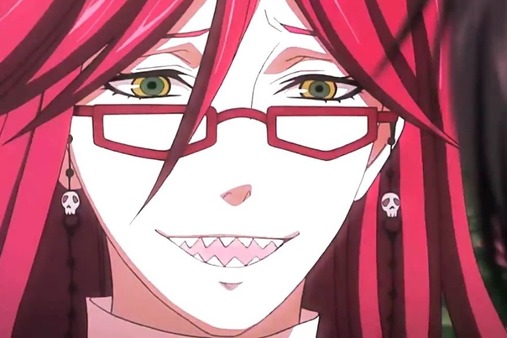 Grell, also pronounced as Grelle, is a Grim Reaper who works as a butler for Madam Red. She worked with her mistress to pose as Jack the Ripper and killed several pregnant prostitutes.

This led him to get suspended as a Grim Reaper. Grell wields a Death Scythe in the form of a chainsaw. She also has a raging crush on Sebastian.

Grell has yellow and green eyes that are phosphorescent, as typical for Grim Reapers. She also has long red hair and an angular face. Her teeth are sharp and pointed, similar to a shark’s. 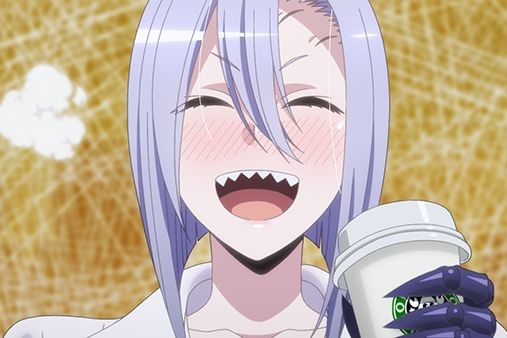 Rachnera Arachnera is an Arachne which is a race of demi-humans whose upper body is human and whose lower body is that of a spider. She becomes the sixth girl who comes to live with Kurusu.

Rachnera has been traumatized by the harsh and cruel behavior of her past host and is thus distrustful of humans. That changes after meeting Kurusu, whom she falls in love with.

As an Arachne, Rachnera has a very distinct appearance. Aside from her lower body being a spider, her face also reflects her race. She has three pairs of eyes, one in their usual place and the other two pairs on each side of her forehead. She also has very sharp, pointed teeth to go with her looks. 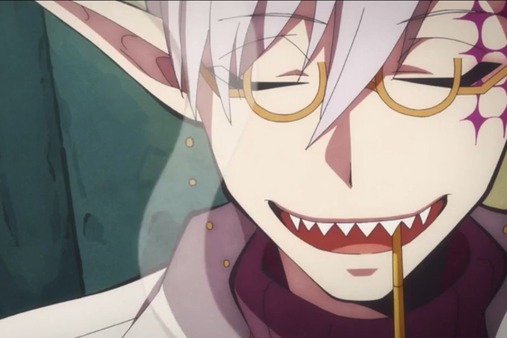 Tsuchigomori has bicolored hair and purple eyes. He also has sharp and pointed teeth. Tsuchigomori’s Supernatural form has more distinct features like claws and sharp ears. 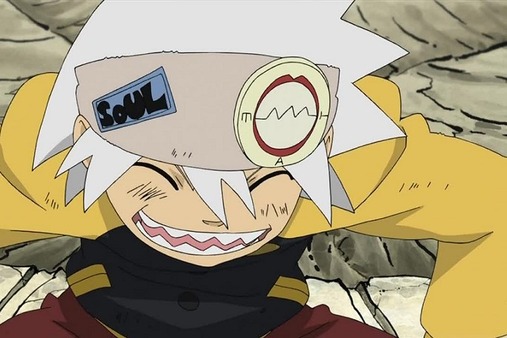 Soul Evans, also called Soul Eater, is a demon weapon that takes on the shape of a scythe. He is also the partner of scythe meister, Maka Alberona. He is a student at the Death Weapon Meister Academy with Maka. After claiming the soul of Arachne Gorgon, he becomes a death scythe.

Soul has white hair and red eyes. He always makes exaggerated expressions that look even funnier with his sharp and pointed teeth. 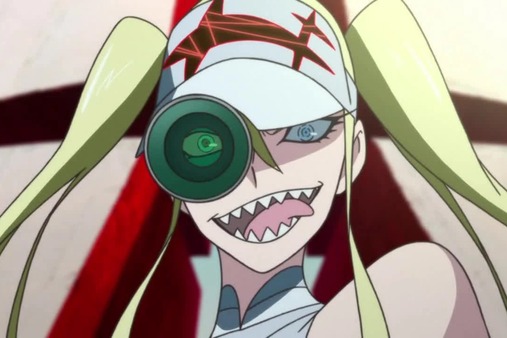 Last on the list of anime characters with sharp teeth; there’s Omiko Hakodate. Omiko is a third-year student of Class T at Honnoji Academy.

She’s the captain of the Girls’ Tennis Club and the holder of a one-star and later two-star Goku Uniform. She uses her tennis racket and tennis balls as her weapon. In her Goku Uniform, the bottom of her skirt is full of tennis balls.

Designed as a villain, Omiko has a mean look about her. She has long, blonde twin tails and light blue eyes. She wears a green lens on her right eye. Omiko also has sharp, pointed teeth that often appear with her mean grin.

The list of anime characters with sharp teeth concludes here. Sharp teeth are not easy to pull off, but these characters do it effortlessly. We hope you liked this list. We’ll be back with more exciting lists like this. In the meantime, check out our similar articles on anime and manga.