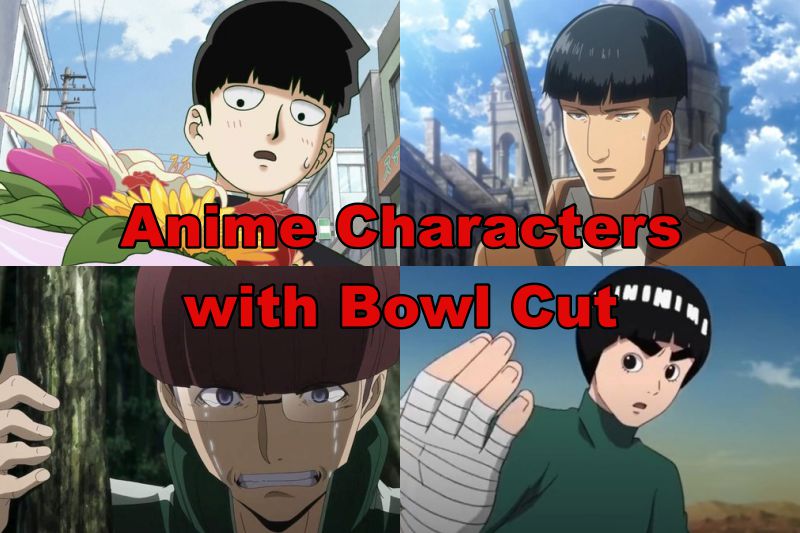 In the world of anime, there seem to be characters with every kind of hairstyle. From gravity-defying spikes to ankle-length twin tails, there’s every type present. Some are cool and eye-catching, while some are downright weird. The bowl cut might not fall under the cool category, but we certainly can’t call it weird. It’s just a questionable fashion choice. Today, we’ll be talking about those characters who made that choice for a hairstyle and make a list of anime characters with bowl cut hairstyles.

For this list, we’re taking 15 characters, both male and female, from 15 different anime. Here is the list of 15 anime characters with bowl cut hair. 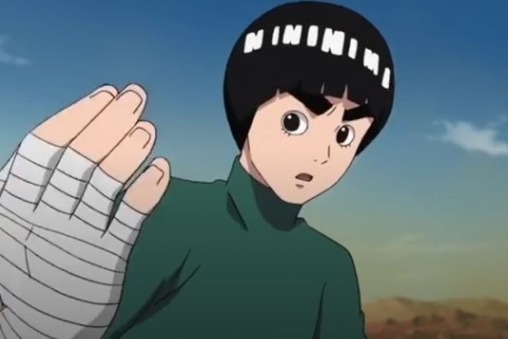 At the very beginning of the list of anime characters with bowl cut hair, we have Rock Lee. Lee is a member of Team Guy. He is one of the very rare ninjas who can’t use ninjutsu or genjutsu.

Instead of giving up on his shortcoming, Lee trained hard in taijutsu under Maito Guy and learned to use the Eight Inner Gates. As an adult, Lee works as a proctor in the Chunin Exams.

Lee has shiny black hair styled in an iconic bowl cut that resembles the hairstyle of his teacher, Guy. Lee retains his bowl cut all the way to his adulthood. His son, Metal Lee, also has the same hairstyle. 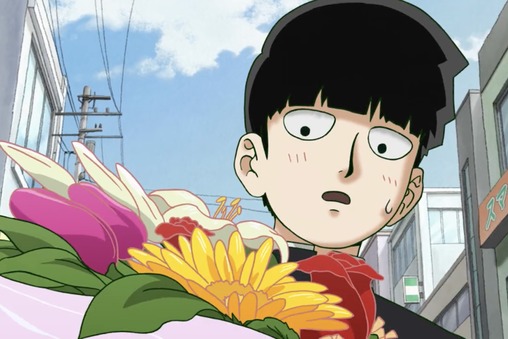 Shigeo Kageyama, or Mob, is a junior high student at Salt Middle School. He is an extremely powerful psychic or esper, capable of doing incredible stuff. He is a very shy and introverted person, awkward in social situations. Mob works as an assistant and disciple for Reigen Arataka.

Mob has black hair cut into a bowl cut. There’s a slight messiness on the right side of his hair. Mob’s uncool hairstyle and his perpetual blank face hide the frighteningly powerful abilities of the esper. 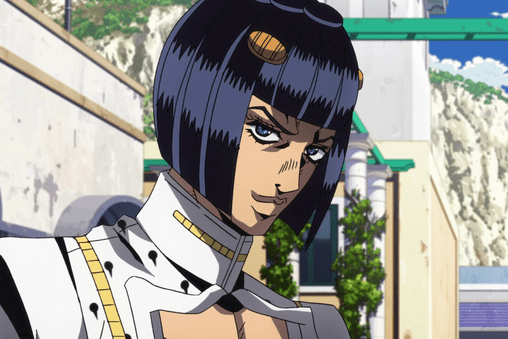 Bruno Buceratti is a mobster and a member of the mafia gang Passione. He is a Stand user and has Sticky Finger, which appears in the form of a humanoid man with several zippers over his body.

Sticky Finger’s primary ability is to create zippers on any surface he touches. Bruno acts as a rival to Giorno at first but later becomes his close friend.

Bruno has jet-black hair styled in a bowl cut. The front of the hair is cut in blunted bangs, and so are the bangs at the side. There is a braid styled on top of his head and two orange hair clips on each side of his temple. 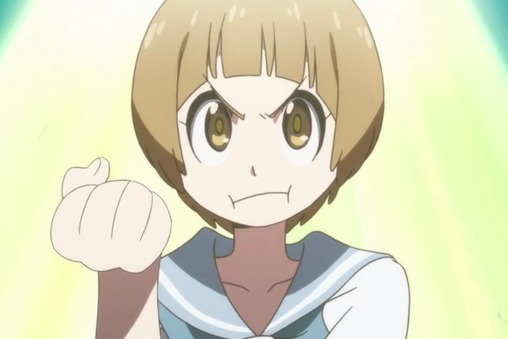 We have the first girl on this list of anime characters with bowl cut. Mako Mankanshoku is a second-year student at Honnoji Academy and the best friend of Ryuko Matoi.

She is a sweet and kind girl who cares for Ryuko very much and always supports her. Mako is often called an “uber airhead” who always does strange things. Though she is hyperenergetic in general, she always manages to fall asleep in class.

Mako has a round face with big brown eyes. She has short brown hair, cut into a bowl cut. Her bangs are cut bluntly and fall over her forehead in a parabolic fashion. 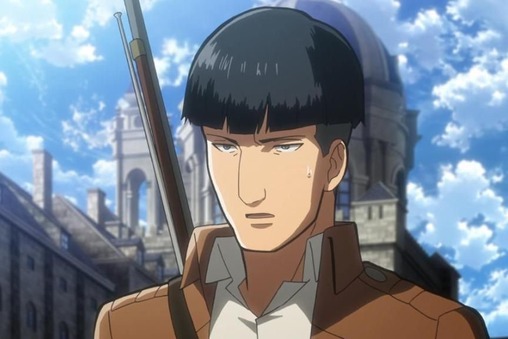 Marlo Fredenberg is a private in the Military Police Regiment stationed at the Stohess Districts inside Wall Sina. He used to work with Hitch Dreyse and Annie Leonheart.

After Annie’s capture and the revolution by the Survey Corps, Marlo enlists as a scout to fight against Titans and reclaim humanity’s freedom.

Marlo is a tall man with a long, angular face and gray eyes. He has black hair kept in a bowl cut. He also has an undercut that appears a lighter shade of black. 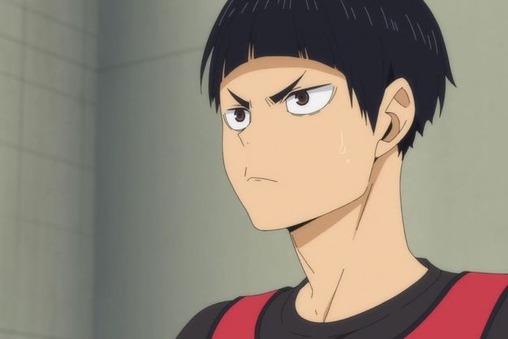 Tsutomu Goshiki is a first-year student at Shiratorizawa Academy and a member of the volleyball team. He is a very talented player and the only person from his first years to play on the court. Goshiki idolizes Ushijima but is also envious of his talent.

Goshiki has black hair that he styles in a bowl cut. His front bangs are blunt, but the bangs around his face are pointed. The back of his head has several layers, and there are a few wayward strands standing up from the top of his head. 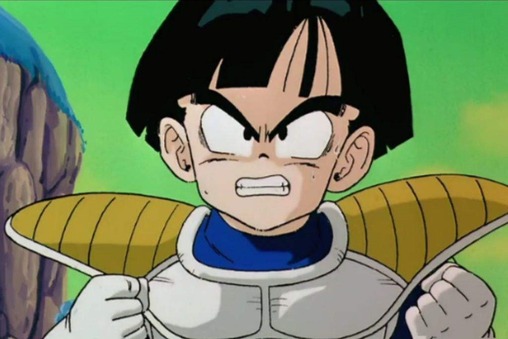 Son Gohan is the elder son of Goku and Chichi and the older brother of Goten. Like his father and brother, Gohan is also a Saiyan, extremely powerful and skilled at the battle.

His powers flourished from a young age. During the Cell Saga, Gohan is the most powerful one of the group and ultimately defeats Cell after his father’s sacrifice.

As a child and preteen, Gohan has his hair cut in a bowl cut. His black hair falls over his eyebrows as blunted bangs. The back of his head has two layers, typical for the bowl cut. 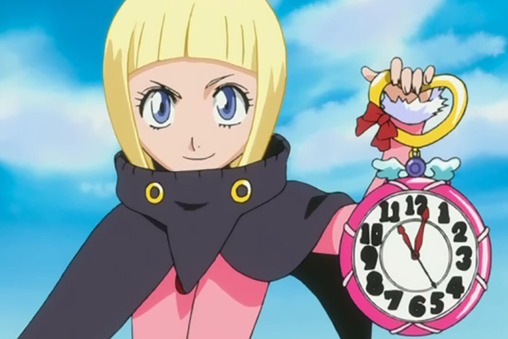 Ririn is a Modified Soul who acts as a Bount detector. She was created by Kisuke Urahara and becomes the partner of Ichigo Kurosaki in his hunt for Bounts. Ririn is a non-canon character as she is only in the anime and doesn’t appear in the manga.

Ririn has the form of a little girl with blonde hair and blue eyes. She has a mischievous and somewhat possessive personality.

Ririn’s chin-length blonde hair is styled in a full bowl cut. The front bangs are short and end well above her eyes. The back of her hair ends up touching her nape. 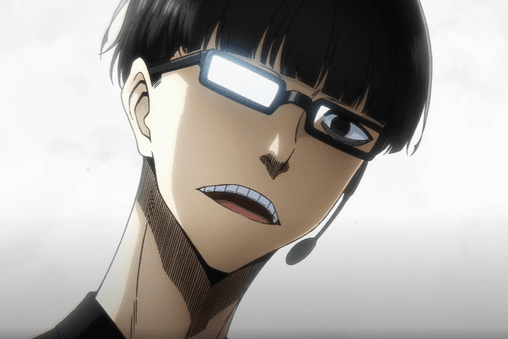 Jinpachi Ego is the coach for the Blue Lock Project. Anri Teieri chose him to lead the project in an attempt to find a star player who’d take the Japanese team to the World Cup finale.

Ego believes a player needs selfishness to be great and teaches the same philosophy to the players of Blue Lock. He is currently the coach, trainer, and manager of the Blue Lock Project.

Ego is a tall and skinny man with pale skin. He has black hair and roundish dark eyes. He wears square, thick-rimmed glasses, and his hairstyle is a bowl cut. 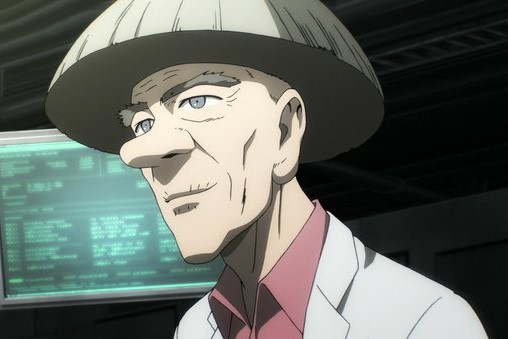 No. 10 on this anime character with bowl cut list belongs to Dr. Kuseno. Dr. Kuseno is a scientist who performed the surgery on Genos and made him a cyborg. He is a good man who wants Genos to live beyond his revenge.

After meeting Saitama, Dr. Kuseno entrusts the cyborg to the man and asks him to take care of him. Along with Genos, Bang, King, Fubuki, and Bomb, he becomes a member of the Saitama Group.

Dr. Kuseno is an old man with gray hair and gray eyes. His hair is styled into a big bowl cut that looks similar to a mushroom cap. As a scientist, he always wears a lab coat over his clothes. 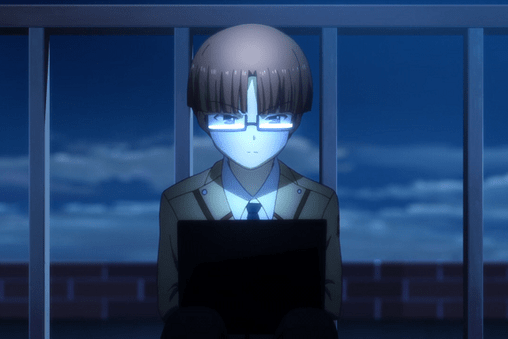 Takeyama is a student at the Afterlife High School and a member of the Shinda Sekai Sensen, aka SSS. He is very skilled in computer security. He always asks everyone around him to address him as Christ, but nobody ever complies.

His main role at SSS is not to fight but to collect intel. He knocks out his opponents of lower IQ by reciting the full value of Pi.

Takeyama has orangish brown bowl cut hair. His bowl cut is symmetrical at the front and the back and is paired with an undercut. The front of his hair falls over his eyes and parts in the middle. 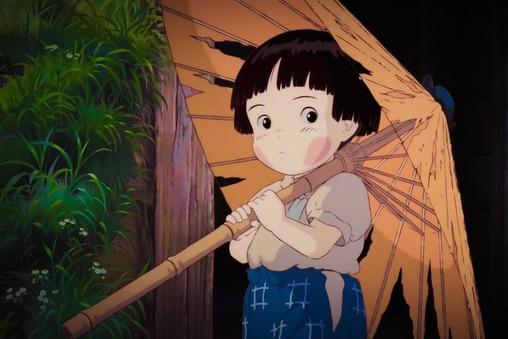 Anime: Grave of the Fireflies

This entry on our list of anime characters with bowl cut hair is a heartbreaking one. Setsuko is the deuteragonist in the Studio Ghibli film Grave of the Fireflies. She is an orphaned toddler left with only her big brother.

Struggling for food and shelter in the Second War War ridden Japan, the child dies at the age of only four.

Setsuko has a childlike cuteness. She has a round face with shiny, big brown eyes. Her brown hair is short and cut into a bowl cut. 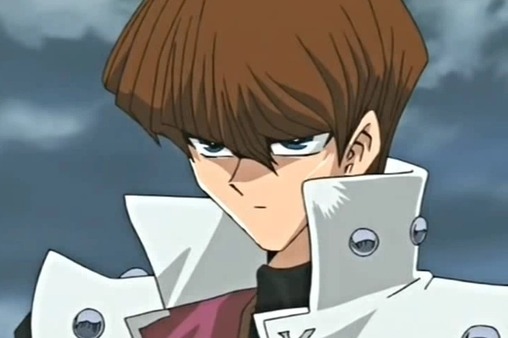 Seto Kaiba is the arch-rival of Yugi and an avid gamer. He is the president of KaibaCorps, the world’s biggest multinational gaming conglomerate. Kaiba is extremely arrogant and ruthless in every venture, from business to gaming. He never shows his opponents any mercy. After losing to Dark Yugi, Kaiba goes into a coma.

Kaiba is fairly tall and has brown hair with blue eyes. His hair is styled into a bowl cut that is shorter at the front and longer at the back.

His bangs fall evenly above his eyes, with one strand of bangs in the middle longer than the others. 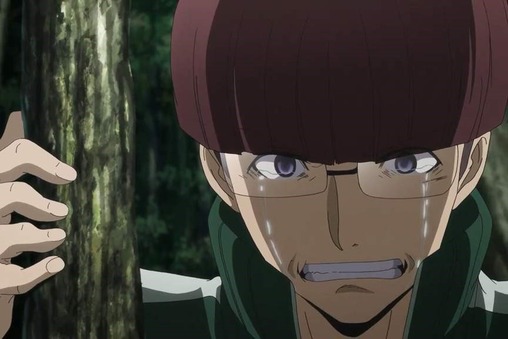 Ikeuchi is a Collector and a member of Sayaka Koyanagi’s group. He is a cowardly man who gets easily manipulated by others around him. His monster form allows him to turn his head into a security camera.

He can visually record everything around him, though the distance has a limit, and upload them later on an external drive or the internet.

Ikeuchi has blue eyes, and he wears square-rimmed glasses. His hair is brown and cut into a bowl cut. The undercut of his hairstyle is a muddy gray-brown. 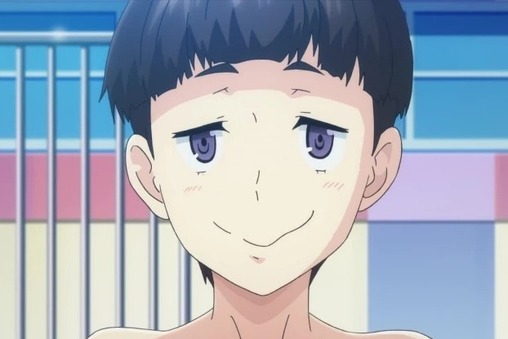 We’re at the end of the list of anime characters with bowl cut, and the spot belongs to Sachiya Yoshida. Sachiya is a member of the Midori Diving Club (MDC). He is the only elementary school student among the other older members of the club. Other divers of MDC nicknamed him Sacchan.

As an elementary student, Sachiya is shorter than his fellow divers. He has a black bowl cut hair and blue eyes. His lower eyelashes are prominent. Sachiya is almost always smiling for one reason or another.

There have the characters who are rocking the bowl cut. Some of them don’t let a bad haircut take away their coolness, but some definitely can work more on their personalities.

With this, we’ll conclude this article for the anime characters with bowl cut hair. Don’t forget to check our other cool anime lists such as this. Read them on until we’re back again with more exciting anime and manga-related content.