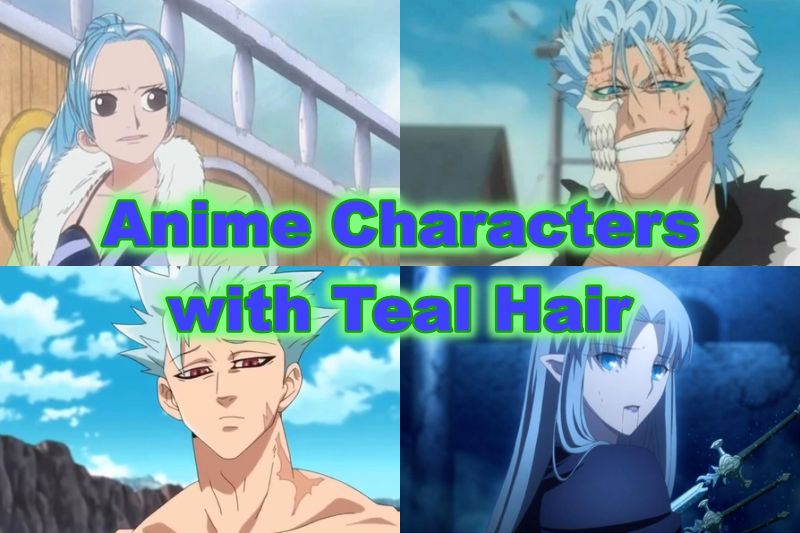 Anime characters, for so long, have had distinct personalities along with distinct and vibrant character designs and hairstyles. Hairstyle is one of the most important parts of a character’s design, and many of the vivid hairstyles have been showcased intricately in the form of Anime Characters.

Teal is one of the most vibrant colors and is a mix of light blue and dark green colors, which make it stand out the most. And this vibrant and cheerful color has had one too many good appearances with many anime characters’ hair, which fit them perfectly.

This time, we shall be ranking some of the most beautiful and handsome anime characters with Teal hair. Enough talk, and let us jump straight into the ranking. 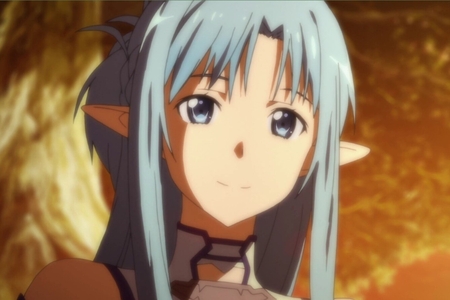 Asuna’s hair is generally chestnut-brown, but in her Alfheim avatar, she has a mesmerizing and captivating tinge of light teal-colored hair. Her hairstyle is already good with an out-of-the-box and unique design, which is a mix of a few hairstyles.

She was very popular with her unique hairstyle, on top of being a beautiful and cute character. Asuna’s Alheim avatar added an extra layer of teal-colored hair, which fit her perfectly more so than her original hair color. 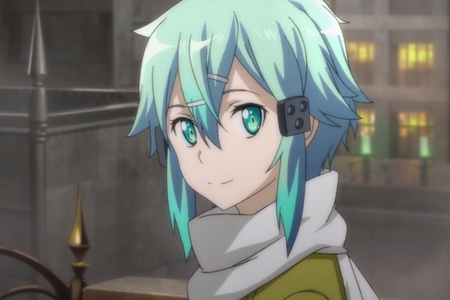 Another popular character from the infamous series Sword Art Online, Sinon, is one of the main cast of the show who has a good enough role. She also has a cute and gorgeous appearance, with a unique design and teal-colored hair.

Her hairstyle cannot be classified into any normal style, and she was the trendsetter when it was released. The exceptional color addition of Teal was an apt fit for her. She has a strong appearance, befitting her vivid and bright teal-colored hair.

Sinon gathered a lot of fans and praise with this hairstyle, which suited both her character avatar and personality perfectly. Her popularity, as well as her design, earns her the number two spot on this list. 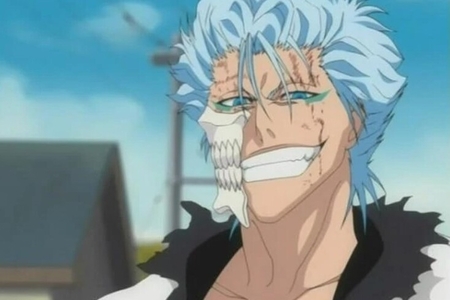 Grimmjow is one the most famed villains who have some of the best antagonist and protagonist dynamics in a Shounen manga. He has a big impact on-screen and is a powerful antagonist.

Grimmjow has a light shade of teal-colored hair, which hints at his supremacist nature. He is a powerful character, with facial expressions and a mask that further enhances his attributes.

Grimmjow is already handsome with his style and character design, but his teal hair puts him miles ahead of any character in terms of design and popularity. 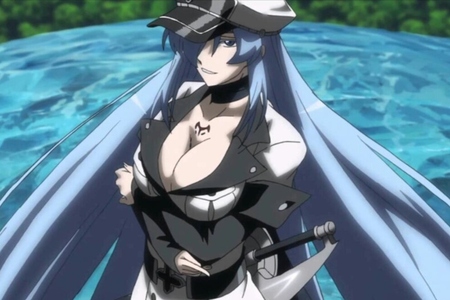 Esdeath is the main antagonist in the anime and a hot and charming character at that. She has a powerful stance throughout the series, befitting her appearance further enhances her beautiful body.

Her hair stands out the most in her appearance, and she usually wears a white cap, blending in with her Teal hair. She usually has a complex attitude and tall hair that merges with her personality.

Esdeath has one of the best and most vibrant shades of teal-colored hair, which further makes her appearance captivating and flawless. 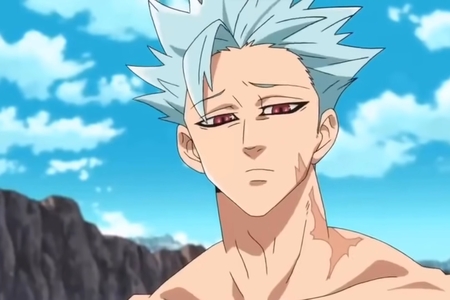 One of the most handsome and immortal Fox Sin of Greed, this character is loved by many for his appearance and his personality. He is a tall and muscular man with a fashionable dressing style. He has red clothes with a teal hairstyle that leans more to the blue side than green.

Ban is a powerful ally in the series, and his appearance builds a superior sense of aura around him. He is truly befitting of the teal-colored hair, with his cheerful and playful attitude that boosts everyone’s morale.

Anime: That Time I Got Reincarnated As A Slime 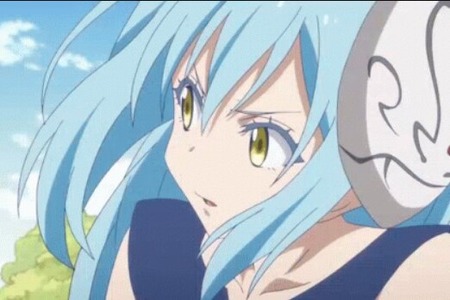 The main character of the anime, and a Slime at the core, Rimuru Tempest, is powerful and the Leader of Rimuru city. He has a very light tinge of short teal hair that fits his human and Slime nature perfectly.

He has one of the unique take-ups for teal-colored hair, which is visually appealing and blends in perfectly with his character design. His unique take on his hairstyle and the color variation puts him in a favorable 6th spot in this list of Anime characters with Teal Hair. 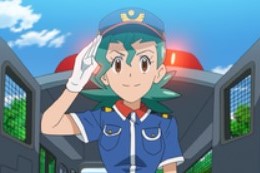 The original fan-favorite teal-haired character is Officer Jenny from Pokemon. Officer Jenny is one of the characters responsible for making our childhood memories with both her funny and serious stance.

She has a very colorful and bright shade of teal hair that stands out the most in her appearance. She set the trend for teal-haired anime characters after becoming an instant hit with the fans. 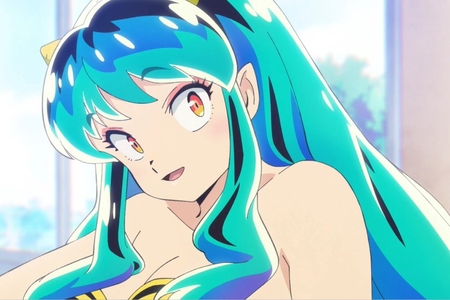 The main female lead of the anime, Lum, is an alien who has a very charming and hot appearance. She is a captivating girl who keeps up good appearances, despite her being an alien.

She has a gleaming and dark shade of Teal, which makes her look all the more alluring. Lum is a fan-favorite and a widely popular character for a reason, and this is one of the many reasons why she is that popular with her fans. 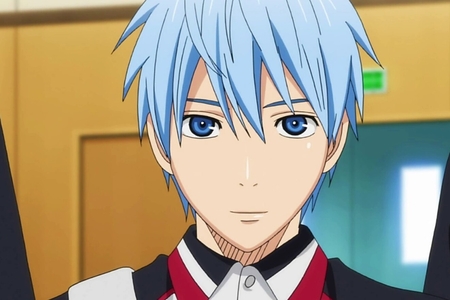 The main character of the anime, Tetsuya Kuroko, has a stunning, athletic, and strong appearance. He is a tall man with a charming personality and a muscular body, maintained in the perfect condition for playing basketball.

His hair color is one of the most unique and interesting, as it falls around the thin line of blue and Teal. Despite this, his looks benefit a lot from his fashionable hairstyle with teal hair. Kuroko’s hair showcases a lot of his personality and depicts his playing style the best, with his looks alone. 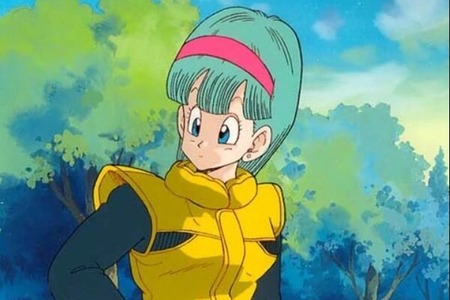 Bulba is a cute and fashionable girl who garnered a good number of fans over the years. She is an intelligent girl who always comes up with new inventions.

She has varying hairstyles throughout the series, but her most alluring appearance is with her Teal-colored hair. Out of all of her multiple appearances, this was loved the most by fans. This makes her appearance in this list of Anime characters with Teal Hair a must due to her fanbase alone. 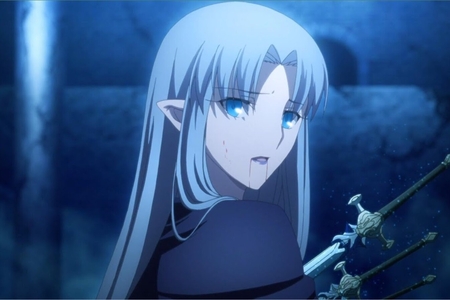 One of the primary antagonists in the anime, she tries to remain as discreet as possible throughout the series. She has a strong demeanor and personality, backed up by her love for assassination.

She remains a mysterious character till almost the end of the series, barring a few scenes. For a few scenes, she appeared, ensnaring viewers with her dazzling looks.

Her hair is also a unique take on the Teal-color and has a distinct shade too, which is not the typical Teal color. Medea’s hair sparkles uniquely due to its glamorous shade, which is one of the primary reasons she hides 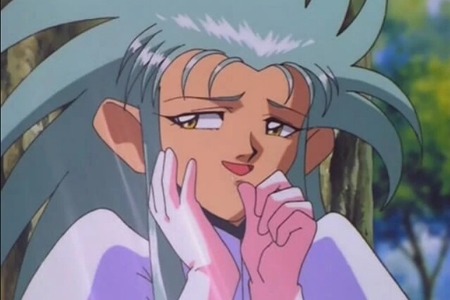 The main character in this franchise was an aggressive Space Pirate who had a bossy nature. Beneath this, she is a deeply emotional character and cares a lot about her crew and the male lead.

On top of her adorable looks, the most significant trait of her design is her teal hair, which captivates the viewers. She normally does not reveal more of her feminine or emotional side, but whenever she does, it becomes an unforgettable moment in the anime. 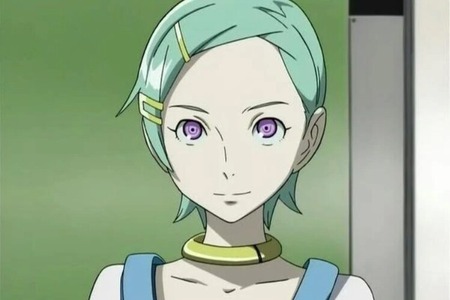 One of the main characters from Eureka Seven, she is most famous for her serious and emotionless nature, which she displayed at the start. Her character development is the most highlighted throughout the series, as she goes through a significant amount of problems and learns about human emotions.

She has a dull shade of teal color, which is fitting to her loner and emotionless nature. Her hair starts darkening bit by bit every time she matures, which symbolizes both her growth and maturity as a character. This is one of her best traits of her, which follows the rule of the show and don’t tell. 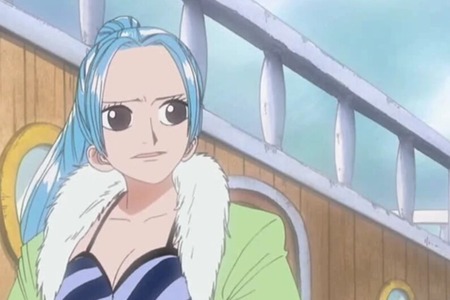 One of the side characters, and the princess of the Arabasta Kingdom, she has a majestic and royal aura with her appearance and looks. She is a tall young woman who often changes her appearance a lot in the series.

She has long, silky and wavy hair, with a shade of Teal that suits her character design aptly. Nefertari matured a lot throughout the series, which was depicted through her multiple appearances. The most striking part of her appearance should be her Teal hair color, with an extra tinge of dark blue. 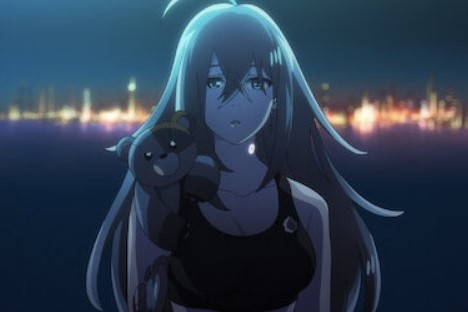 The protagonist of the anime, Vivy, is a strong humanoid AI who was created for the sole purpose of making people happy with her songs and performance. She is an intelligent, strong, and cool-headed character who wants to save humanity from disaster.

She takes the appearance of a tall young woman who has azure eyes and teal-shaded hair. Vivy’s eyes sparkle at some of the most crucial moments, and this is when her teal-colored hairstyle shines the most.

She has a mesmerizing and glamorous look that fits her role as an idol and a badass, strong woman. This appearance captivated a lot of fans, and this anime also garnered a lot of praise.