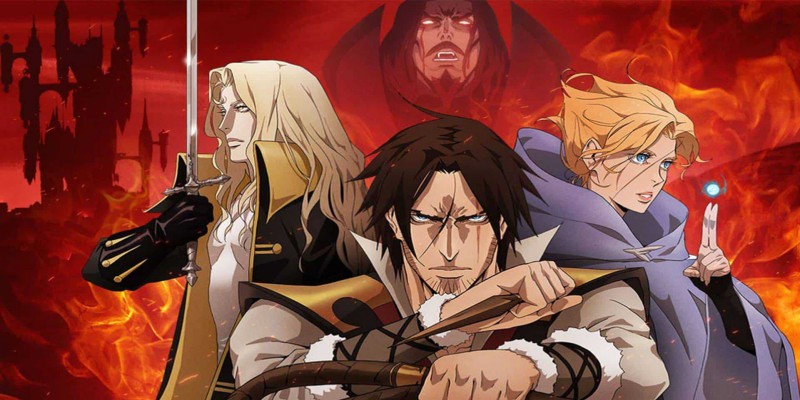 Anime means animated works that are produced in Japan and are often known as Japanese Anime. It has been steadily gaining audiences worldwide and now has more than millions of fans. Moreover, the first anime series was Astro Boy, and it was also broadcasted in the USA. From then on, anime styles went under transformation and came to what we see nowadays.

Plot – This animated series will remind one of another series named Winx Club due to similar elements. The story follows five teenage girls who learn about their legacy to guard the walls between parallel walls. And to maintain peace, each of them possesses powers of the elements. Will they able to shoulder the burden when up till now, they were living everyday lives? In addition to that, there are always villains lurking around the corner.

Plot – The primarily centers around Adora and Catra and focuses on their planet called Etheria. One day Adora finds a mysterious magic sword and discovers she can transform into She-Ra, the princess of power. And the following day finds out they were part of the evil army that was destroying the planet. She eventually joins the opposite faction. But will she able to face her former friend turned enemy? Furthermore, will she be able to bring peace to Etheria?

Plot – The title is pronounced as Ruby and is set in a fantasy world called Remnant. It is made up of four kingdoms that are plagued by creatures known as Grimm. To take down the creatures young people train to become Huntresses or Huntsmen. The story follows four protagonists namely Ruby, Weiss, Blake, and Yang. The whole series is action-packed with suspense which will highly engross the audiences.

Where to Watch – Crunchyroll/Amazon Prime

Plot – One of the well-known animated series on Netflix and also a popular mecha series. The story follows five teenagers who discover a robotic lion on Earth and from there on their story begins. They get transported from Earth to another planet where they learn about the intergalactic war against the evil force. Now, they must learn to operate the lions to form Voltron robot to fight against evil. But will they be able to able to push aside their inner conflicts and work together?

Plot – Another series set around intergalactic warriors fighting to protect the universe. The protagonist of this anime is Steve who has his own secret. Eventually, the quirky boy gets teamed up with three highly trained warriors. But mishap is always bound to happen when they have got an untrained person on board and struggle to overcome any situations. The series will not only take you on a galactic journey but will also make one laugh.

Plot – Another popular animated series on Netflix and was inspired by the video game of the same name. The plot is set in a dark fantasy medieval world where creatures called vampires roam around. They are controlled by Dracula and vampire hunters exist to annihilate them. The story follows Trevor Belmont, the last of his clan, who takes it upon himself to save all of eastern Europe.

Plot – This series is an American adult comedy sitcom and is adapted from the comic strip of the same name. The series mainly revolves around two boys named Riley and Huey. The story begins when they move from South Chicago to the Boondocks and faces a cultural clash as soon as they arrive. Sometimes, it takes a lot more to diffuse cultural conflict.

Where to Watch – AmazonPrime/YouTube (Unofficial)

Plot – Without any doubt this series is on the Top 3 spot for its storyline and also for introducing LGBTQ+ characters in mainstream animated series. The story is set 70 years later its prequel and follows Korra, the next avatar. She has mastered all the elements except air and goes on quests to master it. Her journey leads to Republic City and soon discovers it is lurking with enemies. Under the guidance of Tenzin, she begins airbending to deal with the dangers.

Where to Watch – AmazonPrime

Plot – The ever-famous Young Justice is an American superhero franchise and is based on DC comic’s teenage heroes. Previously it centered around Superboy, Robin, and Impulse but now covers stories of other teen heroes. The story covers the modern world as well as how teenage heroes deal with their personal life and powers. Furthermore, will they be able to prove themselves as rightful members of the Justice League?

Plot – The plot is set in a world where it is divided into four nations and each represents four elements of nature. In this world, special people called Benders exist and they can control any one of the elements. Avatar is the only one who can control all four elements. And as always villains persist in this story, Fire Nation wants to take over all the nations. In the middle of this chaos, Avatar Aang disappears. Years later he is found by pair of siblings and now Aang must learn the rest of the elements as well as stop the Fire Nation.

Where to Watch – Amazon Prime

We will conclude the Top 10 Best American Anime of all time here. The ranking has been done according to their IMDb rating and the list was created based on our research. There are other American Anime but couldn’t make it into the list. We will be back with more recommendations. Till then stay tuned.