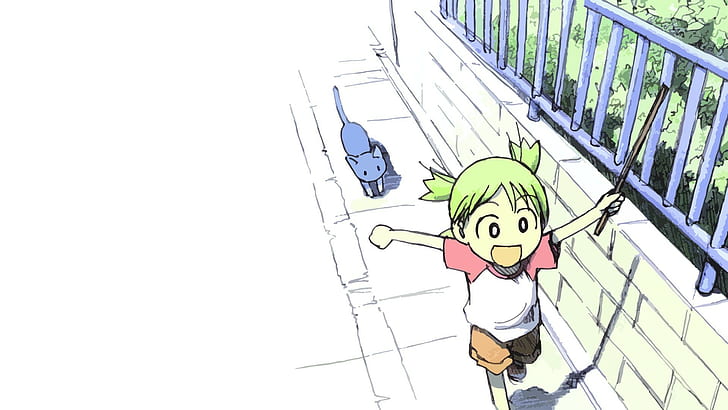 Manga has always been popular in its home country. And over the course of three decades, it also became well-known internationally. The readers who enter the world of manga for the first time or even hears about it often wonder what it means. So manga is a term used for comics and graphic novels originating from Japan. The Japanese language is the preferred literature for the creator.

Nowadays, publishers translate them into English for international fans and also available on official online platforms. There is more than one manga that is well-made, has a good plotline. And even covers a wide variety of genres so readers can choose easily according to their preference. But novices may have a hard time, so in this article, we have listed the Top 20 Best Manga for Beginners.

Plot – If someone prefers comedy alongside magic and school life, then this series should be on ones’ list. The story follows Taiga Kuzumi, who, despite passing his written test, gets declined by a school for admission. Moreover, he doesn’t even remember the day of his school interview except for the laugh of a girl. And on his quest to find the mysterious girl ends up discovering the secret of the school.

Plot – Sometimes, appearances can be deceiving and the same goes for Rikou Nura. People may think of him as a normal high schooler but in reality, he is the heir to a famous yokai clan. Though initially wanted to lead a normal human life eventually accepts his heritage to protect others. And eventually learns the secret behind his heritage. Will he be able to his dual life while hiding his true identity from his friends? This series has action along with supernatural, comedy elements.

Plot – The plot has both the fantasy and action genres. The story begins with a not-so-ordinary high school student, named Jihan Han, who has the ability to view his surroundings in a video-game-like mode. When he thought he was the only one with this ability, he gets thrown into a world where he meets others like him. And finds that he can increase his physical and mental attributes by leveling up, just like in a game.

Where to Read – Webtoons

Plot – In this Pokemon series, we follow the journey of Red who sets out on a journey with Green. And learns that Team Rocket is trying to capture a rare Pokemon as well as experimenting on the Pokemons. Will Red be able to stop them and also get along with Green, his rival? Follow them as they go on various adventures while making friends along the way.

Plot – This series will take you on a journey that will make one cry, laugh, and intriguing. The story is set in a world where alchemy is practiced and Edward Elric is one of them. And his life full of turmoil, tragedy began when he along with his brother tried to bring back their dead mother to life. If that was not all they soon discover themselves in the middle of a war after going on a journey to find the Philosopher’s Stone.

Plot – Mariko “Mari” Kumakura is one of the excellent students in her school but also one of the loners. Her day-to-day life changes when she acquaints with the popular outgoing Akiko “Akko” Oohashi. Together they tread through school life, learns the meaning of adult life. But above all learns the meaning of love when they fall for each other. Will their love continue to grow or will their friendship be put to test?

Plot – This series features sports, comedy, and school life. The story begins with Taiga Kagami, who has a passion for basketball and joins the basketball of his school. And eventually meets his team member named Tetsuya Kuroko and soon discovers that he was the “Phantom Sixth Member” of the famous “Generation of Miracles” team. Later, both of them teams up and along with their teammates resolve to make their team the best in Japan. But before that, they must defeat the five members of “Generation of Miracles”.

Plot – Another well-known sports manga is featuring a baseball game. Eijun Sawamura is a pitcher who joins an elite school in the hope of joining the baseball team. Along with him also joins Kazuya Miyuki, an extraordinary catcher. Together along with their team, they work hard to participate in Japan’s Koushien championships and ultimately emerge as the champion.

Plot – The readers who prefer action along with supernatural, school life, comedy genres will find this series favorable. The plot centers around a delinquent named Yuusuke Urameshi who died while saving a child from an accident. But gets a new chance at life at the cost of being a Spirit Detective in the mortal realm. And if he fails to complete his series of tasks he will lose his golden opportunity.

Plot – Yuugo Hachiken, after living his life under his parents’ expectations, leaves his home and enrolls himself into the rural Ooezo Agricultural High School. Without any knowledge of farming! And soon finds out even small tasks have hardship. But the hardships make him realize his dreams, hopes, and the true meaning of life.

Plot – This story will take you on a journey of friendship, action, as well as comedy. Kiyomaro Takamine is your normal yet genius middle schooler whose life takes a different turn after meeting with a demon child named Gash. Moreover, he is the only one who can read Gash’s book and soon becomes part of a war that decides the next Demon King.

Plot – Get ready for a ride where one will not only learn who oneself wants to be but also the philosophical aspect of life. Yoon Ah-ee throughout her life has faced the harsh reality of living. And believes that good education is everything in life. So what happens when she meets a mysterious magician in an abandoned theme park? Join her along as she learns the meaning of life, magic as well as her true self.

Plot – The story centers around Sasara and her ragtag group of fighters and their journey to defeat the Red King and his minions. Before setting out on her journey she believed her twin brother to be the “boy of destiny”. But after her brother’s death, she took the role of him to take down the Red King.

Plot – The series begins with Yi “Shioon” Shi-Woon who gets bullied and beaten at his school. And to add more salt to his wound school’s new teacher Chun Woo calls him a coward. But soon he finds himself in the world of Martial arts called Murim after a chance encounter with the said teacher. The Breaker: New Waves is the sequel of the previous series where he leads a normal school life but discovers himself in the world of Murim again. But this time as the interim leader of the Sunwoo Clan.

Plot – This series has the elements of romance, comedy, school life, and gender-bender. At Ouran High School there exists a legendary club consisting of six handsome bored boys who entertain equally bored girls. Meet Haruhi Fujioka who ends up as being a host after breaking a priceless vase in the club and mistaken as a boy. As a result, she has to tread carefully her life as a host while hiding her true identity.

Plot – The story is set ten years after the events of Bakumatsu and the end of the Tokugawa shogunate. The story follows Hitokiri Battousai who takes on the name Kenshin Himura to atone for the lives he took and to never overpower again. But after meeting Kaoru Kamiy, head of a dojo, his life starts to take a different course. Furthermore, there is lurking an imposter murdering people using his name and her dojo. Now, they must team up to prove their innocence but will Kenshin be able to move forward when his past catches up to him?

Plot – The story is set in a futuristic world where robots exist alongside humans. As such Montblanc is a world-famous robot who gets murdered. And soon Robotic Europol detective Gesicht is sent to investigate the murder case and discovers a mysterious entity called Pluto. From there on he finds himself in the middle of a war.

Plot – The story begins with Aqua, formerly known as Mars, which now has 90% water after terraforming. And Akari Mizunashi arrives at the city of Aqua in hopes of becoming an Undine, the most coveted job. Aria is the sequel of the previous series where Akari has made Neo-Venezia, a city built in the replica of Venice, her new home. And joined the Aria Company to fulfill her dream. Besides, who knew her new life will be full of miracles and adventures.

Plot – People researching Mushi are called Mushishi and Mushi is the most basic form of life. Moreover, they are unknown to humans and so not many details can be found on them. Meet Ginko, a Mushishi, who spends half his time researching or running after anything related to Mushi. According to him, knowing about Mushi can reveal the beginning of life!

Plot – Life is always full of adventures when one is 5-year-old and ignorant of some of the daily things. The same goes for this series Yotsuba who is full of energy and a curious child. Her oddity even makes her father think of her as strange but in a loving way. Follow her as she goes on simple adventures in her daily life while making new friends.

We will conclude the post there with our Top 20 Best Manga for Beginners. The list has been created according to our research and ranked based on their rating. There are various other well-known manga and hope the readers will also give them a try. We will be back with more recommendations. Till then stay tuned and stay safe.