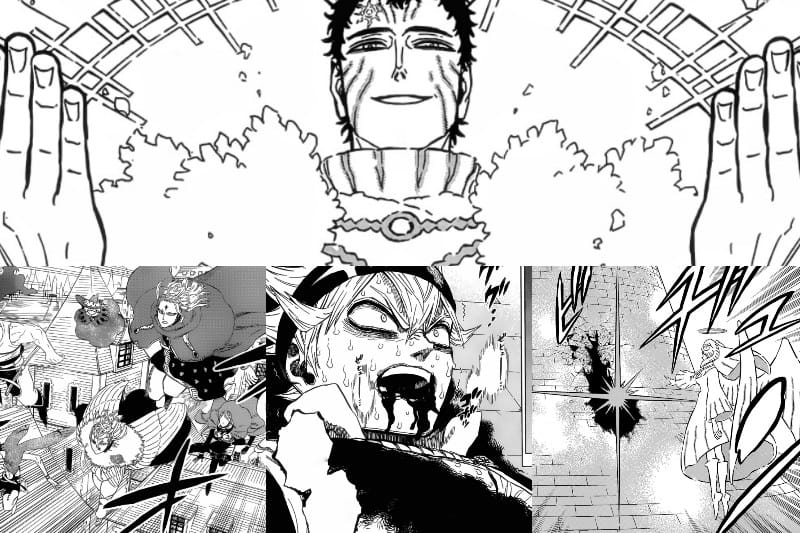 Where is Asta? Sister Lily teleported him to another dimension, but he was severely injured. So, where did she teleport him, and who will take care of him in that realm? Since the beginning, every time, someone has always been available with Asta to support or heal him, but now he is all alone in some other dimension. So, who will save him now? Let’s discuss in Black Clover Chapter 336 spoiler article.

In the last chapter, we witnessed Asta badly injured from a scathing attack by Lucius. He was still trying to stand and fight. On the other hand, Noelle, Mimosa, and Nero arrived to save him, but Sister Lily’s magic quickly ceased them. As Lucius justified, he purified Beelzebub and incarnated him in Sister Lily using his soul magic.

It means Sister Lily has two souls in her body. Not only this, he also explained that he took control of all the devils, including the supreme ones in the underworld. Now we get a concept of true humans that have already defeated the underworld and taken control over it. And using the devil’s powers, he will ascend humanity to a higher life form as he did with Sister Lily.

He will purify and create every human into a true human having the same magic level and then rule over him. If he succeeds in doing so, he will become the Greatest Wizard King in History who has permanently eliminated any kind of discrimination. 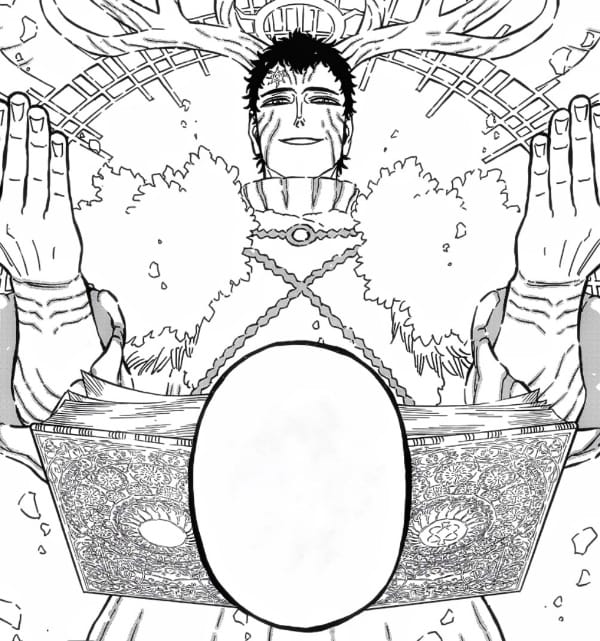 On the other hand, we witnessed a glimpse of Sister Lily’s power using Beelzebub’s Spatial magic at a higher level. She used Spatial Magic: “Sacred Mana Domination,” to cease all three girls. And then sent Asta some far away.

The presence of true humans attracts everyone in the Clover Kingdom, and all the captains have arrived at the scene. Lucius declared Judgement Day would arrive seven days from now and then started to disassemble the whole Clover Kingdom. Now, what will happen?

Finally, the spoilers and raw scans of black Clover Chapter 336 are out. According to the spoilers, the next chapter will focus on Yuno and Lucius’ plan.

Below we have attached the raw scans of Black Clover Chapter 336.

Black Clover Chapter 336 will begin with the continuation of the captain’s arrival. Lucius and Sister Lily have already left the Clover Kingdom, and the kingdom has already started to disassemble. First, they will discuss Asta’s condition, but no one knows where he is currently.

Also, only Asta and Damnatio Kira knew the truth behind Julius’ split personality, and they were both missing. Yami will state to everyone that he has sensed some other Ki along with Julius and Lucifero’s Ki in him that is neither human nor devil. 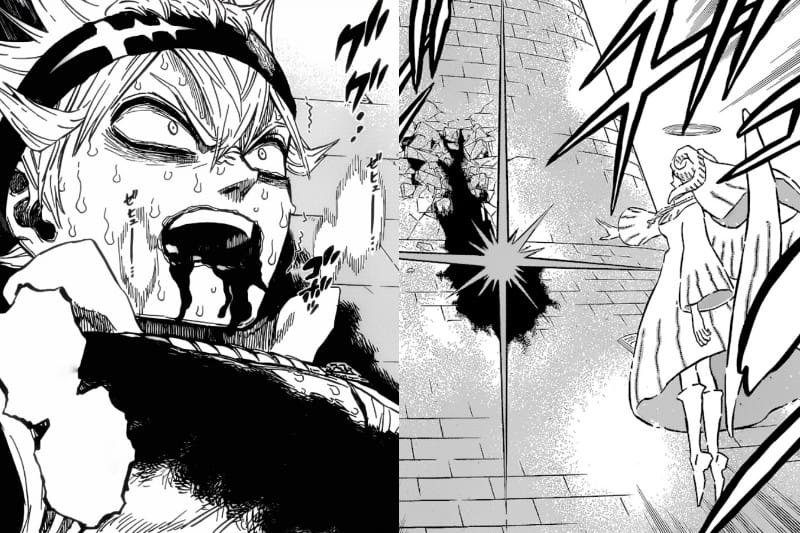 So, they first have to identify the truth behind it and then think of defeating him. Maybe we will witness a new journey by all the captains in the Black Clover.

On the other hand, many fans predict that now Asta will meet his father. He will save him in a different realm. A theory goes top-notch on various discussion hubs that Asta’s father is so powerful that he travels through other dimensions to train for further growth. He is not a common magic user; he is the most potent character who spends time with Licita, whose power is to absorb mana and life force from anyone. So, even for a magic captain, this is impossible. Therefore, we can estimate how powerful Asta’s father is.

As justified by Mangaplus Shueisha, there is no hiatus this week. Therefore, Black CloverChapter 336 will release next month on September 4, 2022. Also, the next chapter’s information will surface in the next 3-4 days. Finally, we will witness everyone’s reaction after knowing Asta’s situation.

Where to Read Black Clover Chapter 336

Mangaplus Shueisha and Viz Media are the best platforms to read Jujutsu Kaisen manga officially. Black Clover Chapter 336 will release next month, so you must wait. Also, to read Black Clover unofficially, you can advance to TCB scans or other private sites. We will be back once we get the confirmed spoilers and raw scans. Stay tuned with us and follow this post to get the latest updates.