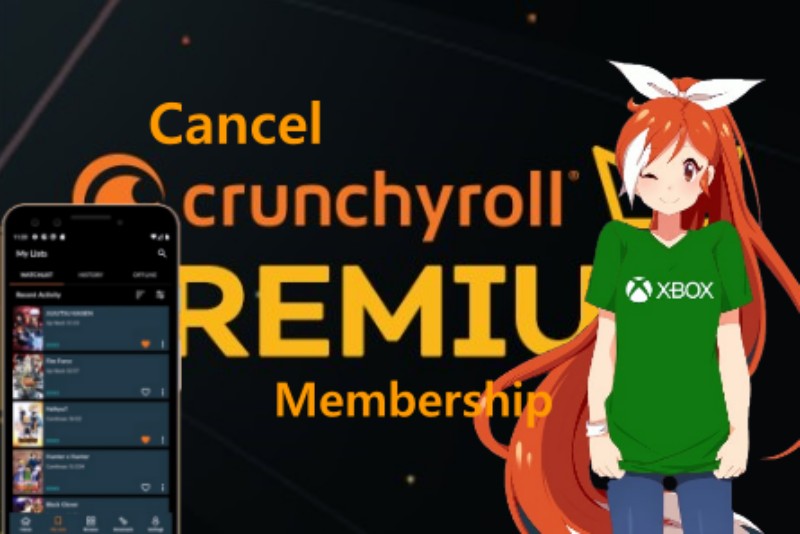 In 2016, Crunchyroll began as a video content streaming. The main thing is that the content is primarily focused on East Asia. It streams anime, drama, Asian shows, and Manga only. That is the main reason Crunchyroll is only known by anime or manga aficionados. One can watch Crunchyroll content either from a mobile or gaming console.

From the old niche days, Crunchyroll has lost almost all exclusiveness, and still, in the anime world, it is a big player. It has a continuous stream and a solid user base for old and new content. If someone wants to get the most out of this platform, the membership program is best, which comes with the name Crunchyroll premium.

However, one day might come when the user does not want to use the Crunchyroll service. For instance, all the episodes from the favorite anime have already been watched, and there is no more interest in other shows. It means that one doesn’t want to charge for this service. It is pretty simple to cancel Crunchyroll membership, regardless of the device being used.

Why can’t I Cancel Crunchyroll Membership?

In rare cases, if someone is trying to cancel the Crunchyroll membership, they might receive an error. It happens because there is currently a pending transaction on the account. Usually, charges take a few moments only to go through. However, there is the possibility on occasion; the charge might be required to be reattempted.

This process could extend the period of the pending transaction by as much as a few days depending on the reattempting reasons. Remember, a Crunchyroll account will not be removed by canceling a Crunchyroll membership.

After canceling a membership, one can lose the benefits and exclusive perks premium users get right away. Thus, make sure to discontinue such memberships near their expiry date.

However, one can contact support if someone has canceled the membership before the expiry date. But want to access premium advantages for their remaining days.

Alternatively, one can turn off the recurring payments for the Crunchyroll membership instead of utilizing and canceling the rest of paid days.

How to cancel Crunchyroll membership on Mobile and Xbox?

The streaming service Crunchyroll is one of them. However, the thing which makes it more specific in comparison to others is that it is focused on anime shows.

But sometimes, even hardcore anime fans might want to stop Crunchyroll usage. That’s why they cancel their membership and then perhaps move to another service.

Among the various options, the easiest option is to cancel Crunchyroll membership through Mobile. There is no need to go through a lengthy process if someone has paid through a credit card. One can very quickly terminate the Crunchyroll subscription. So, the steps are mentioned who used the credit card for the membership:

Cancellation can also be made by Paypal if this is the option being picked while making payment. With this method, fortunately, the process is not long or difficult:

However, through the App Store, it is possible to cancel it. On the iPhone or iPad, one can follow the steps to cancel membership:

It becomes a little more complicated in comparison to PC if someone wants to cancel Crunchyroll on the Xbox console.

It was the time when the streaming fever of anime was not caught most of the time. At that time, the service, namely Crunchyroll, stood above all others in Japanese animation. However, Crunchyroll membership might seem like a perfect investment.

After some time with the service in their hands, many of the users just lose interest. Or one can say lose cash. Many a time, canceling Crunchyroll membership can be frustrating due to issues. But it can be easy to cancel it on Mobile and Xbox by the above-mentioned steps.