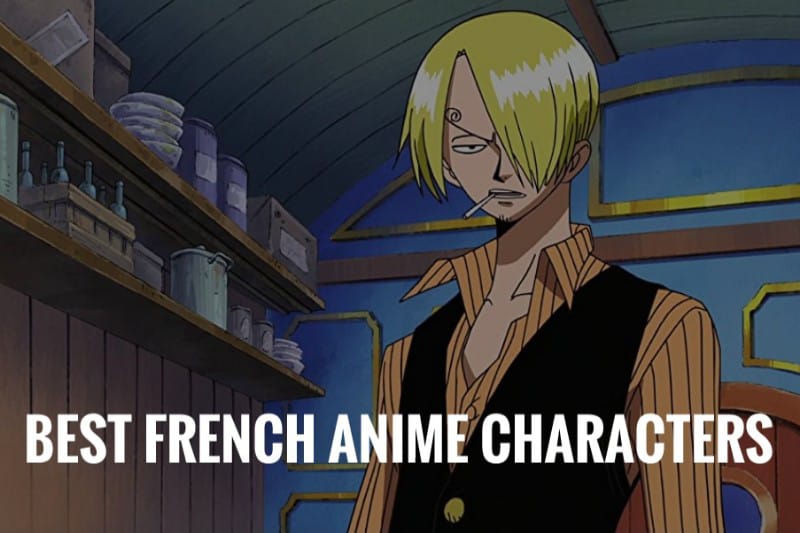 Previously we have discussed many international characters that frequently appear in anime. Thus today, we will be discussing the top Top 10 Most Popular French Anime Characters 2022.

French is another nationality that Japan quite often uses to showcase foreign people in their anime. Not only just the side characters but a few main characters are also of French ethnicity that can be found here. One reason can be the fact that how anime is quite popular in France, and they are a huge market for manga as well. 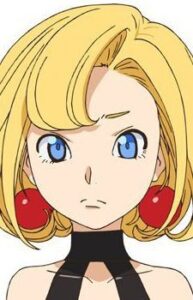 Maria is a very powerful French witch who hates any violence. To stop conflicts, she often summons huge creatures.

Heaven takes notice of her interference and thus stops her from using magic in front of commoners. They also threaten her that if she loses her virginity, she will also lose all her powers.

Heaven also sends an Angel called Ezekiel to monitor Maria’s actions and make sure she doesn’t do anything reckless in front of humans. 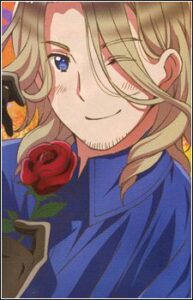 France from Hetalia Axis Powers is the literal human representation of the country, France. He is depicted as being very proud of himself who loves beautiful things.

The relationship between France and England is very special as they both grew up together. But as France is older than England, France often teased England when they were young. Hence, childish banters are common between them.

His relationship with Italy is also quite favorable as Italy thinks of him as his big brother even though they fought against each other in the Second World War. 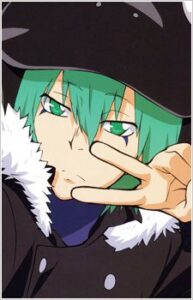 Fran is the new member of Varia, an assassination squad of Vongola, the Mafia family whom we get to see in the Future arc. He is a young boy with green hair and, eyes with triangular marks under them.

In the future, he was seen wearing a huge frog-shaped hat, forced on him by Belphegor. He is an extremely calm person, but at the same time, he is quite antagonistic to others.

He rarely shows emotions and is very prone to insulting others. Even in the present timeline, his personality remains the same, but he still showcases some childish attributes. 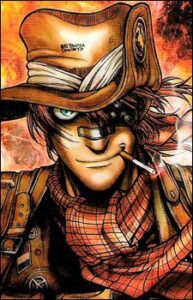 Pip is a French mercenary who is also the leader of The Wild Geese, a mercenary Guild. He fights with the Helsing organization after they lost their troops in the Valentine attack.

Pip is a trained soldier who is exceptionally good at fighting. He also has an eye patch, and he wears his hair in a long braid.

He takes particular interest in Seras Victoria, later falling in love with her. 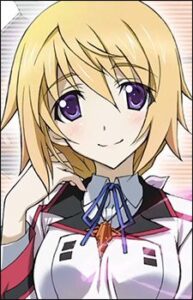 Charlotte is one of the main characters in the anime Infinite Stratos. In the IS Academy, she is a student, and the French, IS cadet representative. She is the illegitimate child of the CEO of the Dunois industry.

At the beginning of the anime, she was sent to the Academy to spy on Orimura Ichika. Fo this, she also took on the disguise of a boy called Charles.

But Orimura was able to discover her true gender, and later she also falls in love with him. 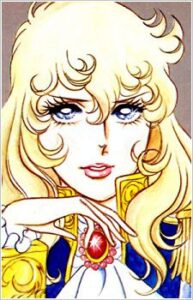 Oscar is the youngest daughter of the Royal Guard’s commander of France. From a very young age, her father raised her as a boy so that she could take his place when she grew up.

At the age of 14, she had already become a very skilled soldier. The task to protect Marie Antoinette also fell in her hands when Antoinette arrived at the French court. And, even though she was raised as a boy, she never denied her gender. 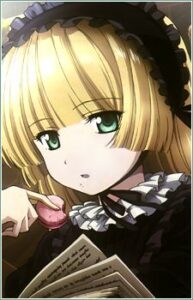 Victorique is the main protagonist of the anime Gosick who is of French ancestry. She has a small doll-like appearance and has a mature old lady-like voice.

She is a student of Saint Marguerite Academy, and she mostly spends her time in the library. We often see her with a porcelain pipe, which she uses to appear like she is smoking.

Victorique is the classic tsundere type, who despite being harsh and sarcastic, can also be insecure and kind. 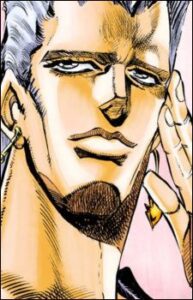 Polnareff is one of the most important characters to join The Crusaders after being defeated by Muhammad Avdol. Even though he is a good-natured and well-meaning person, he can often be a klutz.

As he is very impulsive, he quickly jumps to action without thinking about it properly first. We can also see him later with Giorno Giovanna’s party, in Giorno’s fight with Diavolo. 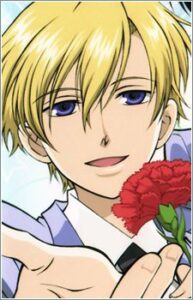 Tamaki is arguably one of the most popular French anime characters. He is half French half Japanese who is the founder as well as the president of the Ouran high school host club.

He is very narcissistic and flamboyant who is also very serious about his profession as a host. Complimenting others is very dear to him as he genuinely wants his guests to be happy.

He falls in love with Haruhi but has a hard time conveying his feelings to her. 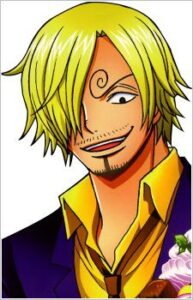 As the cook of the Straw Hat Pirates crew, Sanji is skilled in cooking. He is also exceptionally good at fighting, for which he mostly uses his legs instead of hands which are important for cooking.

He is normally very harsh and serious around men but a true gentleman around women. He tries his best to woo any woman that he sees almost to the point of losing any rationality.

It is his goal to find the legendary ocean All Blue, which has almost all the fishes in the world. Also, he can’t stand anyone starving which is why whether it is a friend or a foe, he is always ready to feed them.

On that note, we conclude our article on Top 10 Most Popular French Anime Characters 2022. We will eagerly wait for the day when Japan would incorporate other nationalities as well in their anime. Stay tuned for more interesting articles on your favorite topics on manga, anime, webtoon, et cetera.