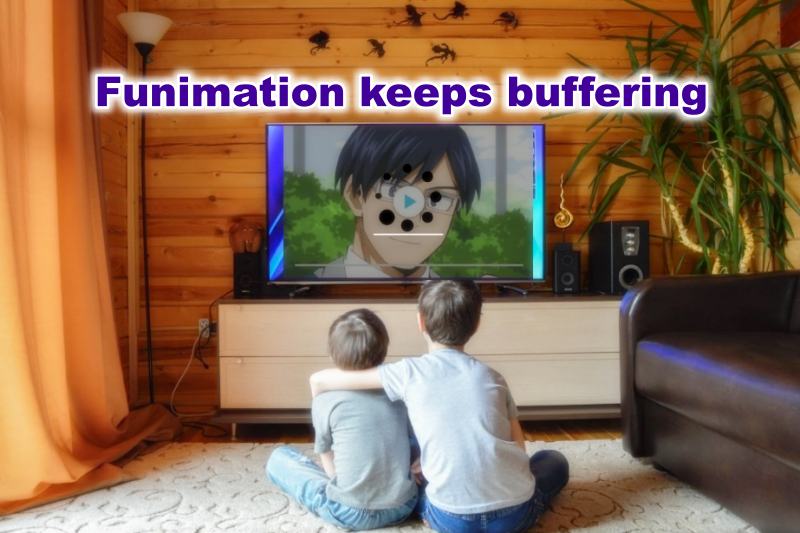 When Funimation keeps buffering, then one probably feels quite frustrated through the repeated interruptions to the viewing. Although, nobody wants to watch anime that keeps starting and stopping, freezes, and usually fails to run as expected. However, Funimation is beloved by anime fans, along with thousands of content hours one can choose from.

Funimation can be described as a library of HD ad-free anime shows, moves, and much more available. For all anime lovers, it is the destination, as there is no need to go through other websites for distinctive animes. If it keeps buffering, then it is not easy to enjoy anime. That’s why potential fixes are available below to try to make the viewing experience as smooth as possible.

Why Is Funimation Keeps Buffering?

When it comes to Funimation, there can be several possible explanations for the buffering. No matter how many they are but the two chief reasons for buffering can be:

The first among these is that the internet connection is quite slow. It is a well-known fact that for running the Funimation, there is a need for minimum speed requirements. For instance, depending on the video quality, it can be 2-5 Mbps. If the internet speed is less than this, then one will almost inevitably experience issues like these.

However, this does not mean that issue is with the internet only. There can be other reasons resulting in the malfunctioning of the app. The servers might be busy with many other active users, or the application may be under maintenance. Occasional crashes can be due to the faulty installation of the application.

Application’s incompatible version running on the device can be another cause, and more as there are many reasons linked to the application’s failure to work correctly. There is a need to try all the fixes one after the other until the fix solves the problem.

If someone is having trouble streaming anime by Funimation after a few minutes of frustration, it is better to restart the device. As simple as it might sound, sometimes a simple restart of the device can instantly fix most issues linked to applications.

Over time, applications can form inconsistencies, and such inconsistencies can be cleared up with a quick, simple restart. This can even aid in fixing any temporary bugs that might have resulted in the app for stop working.

Sometimes one can try to stream an anime along a too-low internet connection. A fix to this issue can be switching to a lower-quality video. Funimation supports streaming that varies from 480P to 1080P based on distinctive servers.

More bandwidth is required, along with higher quality. While streaming an episode at superior quality, there is a need for more bandwidth. It is better to get a faster internet connection to get rid of slow buffering.

When someone has installed the ad blocker, then there is the probability of not working properly or buffering of Funimation. One common error resulting from an ad blocker is Funimation’s failure to display episodes or buffer after a while.

In this situation, one can stop the buffering by pausing the video for 30 seconds to a minute and then hitting play again. Through this, an ad should have popped up. Now, the buffering should have stopped for sure, and one can continue to watch the anime episode.

If the issue is still there, then it is better to turn off the adblockers on the browser to check whether the Funimation error remains.

If the time on the device fails to set correctly, then there are chances that the internet does not work. Particularly, if the setting of time is somewhere in the past, one will have trouble with internet usage in all applications.

Thus, head over to the time and date setting page on the device and, according to the time zone, set the correct time. Try to use the Funimation again once after setting the time zone correctly.

Keep the Funimation app updated to the latest version to keep all software bugs and glitches at bay. With the upgrading of the app, one can improve the app’s functionality by completing the improvements to run better.

The case can be when one sticks to an outdated version even if there is a newer version out. Due to this, conflict will arise along the data being used that try to access the Funimation server.

There can be a probability when there is an issue along the region. Funimation may fail to work in a particular area for some reason. However, to fix that, one can try to use a VPN service. Through VPN, one can easily mask the IP address and then connect to Funimation by a server of a distinctive country.

This should aid in bypassing the issue one is facing along the running of Funimation in a particular region. Many VPN services are there online, and one can pick anyone one wants depending on the requirement and budget.

7) Clear the Cache of the Funimation App

Also, one should regularly do the clearing of cache to improve performance and solver other issues too. Even it is possible that the cache clearing could fix any issues to prevent the user from signing in to the account. Along with the usage of a password and email address.

Some people opted for the ‘Premium Plus Ultra‘ or ‘Premium Plus‘ on Funimation. One can download the series or movie as per the need to watch on the device before launching it. Through this, the content will stop buffering while streaming the video because the data is already being saved from Funimation.

However, not all items are needed to be downloaded. In simple words, it is not advised to download every bit of content. Quite a bit of space will be taken, which results in Funimation experiencing further issues.

After confirming that the internet connection is stable, try to run one of the other anything else to see if it works. If someone can play Animal Crossing: New Horizons or scroll through Instagram just fine. Then there can be a problem with Funimation, not with the connection.

In simple words, if everything else seems functional except the app, then it is better to wait because there is an issue with the Funimation server.

If it is a software issue, then it can be quite difficult to diagnose exactly what happened in each case. Fixes are mentioned above Funimation buffering on Mobile, PC, PS4, PS5, etc. One should use Funimation properly after giving a try to one of the mentioned above fixes. These can be the best hope for resolving Funimation’s buffering problem.