Skip to contentHome » Anime & Manga » How Fast is Luffy in One Piece? | All Gears Speed 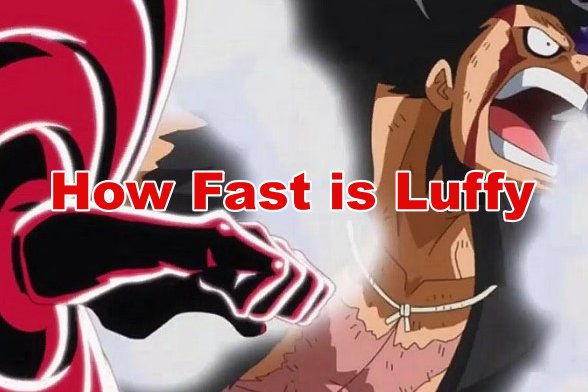 Luffy has come a long way from being a little boy who unknowingly ate the Gomu Gomu no Mi to an Emperor of the Sea. Since the start of the story, Luffy has been consistently growing stronger with each story arc.

He is currently one of the strongest characters of One Piece. But Luffy’s speed has always been a topic for debate. Even with his new and extremely high power levels, the question remains: exactly how fast is Luffy?

Luffy’s speed has never been explicitly discussed in the story in terms of numbers and such. But specific incidents give the indication of the rubber-man’s speed.

For example, Luffy dodged light beams in the story, which gives the impression of him being faster than light. But then again, it was also very clearly indicated that he can’t match or outpace the speed of Kizaru, the man who actually moves at the speed of light. This contradiction is very confusing.

How Fast Is Luffy in One Piece?

To determine how fast Luffy is, we’re taking every aspect of speed into consideration. That means we’ll consider not only how fast he moves in general but also his reaction time. These two things are different, as we’ll see further in this article.

Luffy’s general speed, i.e., the speed he moves or runs, is not that considerable and rather ordinary. In fact, he’s not even the fastest one of the Straw Hats Pirates. Sanji clearly out-speeds Luffy in terms of being fast. However, Luffy’s speed increases a great deal when he’s using his Gear 2.

But what is extremely fast is Luffy’s reaction speed. Luffy has incredible reflexes, and that shows when he easily dodges light beams shot by the Pacifistas on Sabaody Archipelago. 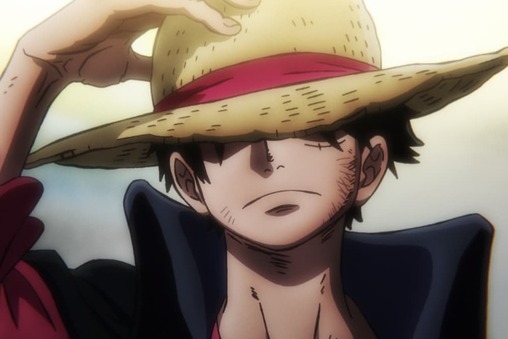 Even before the time skip, Luffy dodges Foxy’s photon beams which are essentially light. In that sense, Luffy is undoubtedly faster than lightspeed.

So if we consider the speed of photons which has the speed of 300,000,000 m/s, by dodging the photon beams, Luffy proves that his reaction speed must be more than that.

The same is also proven when Luffy dodges the beam attacks by the Pacifistas on Sabaody. Before that, in the Skypiea Arc, Luffy dodged Enel’s lightning, the speed of which was 270,000 m/h. In short, its reaction speed of Luffy is at about Mach 874,030.

Speed of All of Luffy’s Gears

Luffy’s normal movements are average in speed, but his reaction speed is breakneck and allows him to dodge extremely fast attacks like light beams.

Before Gear 4, Gear 2 was Luffy at his fastest. This form of Luffy is precisely to increase his speed. To enter Gear 2, Luffy speeds up his blood flow to provide his body with more nutrients and oxygen, which in turn makes him faster.

This enhanced blood flow causes his body to flush red and release steam. In Gear 2, Luffy is able to counter the high speed of the CP9 agents, evident by his fights with Blueno and Lucci.

Gear 3 is a form based on strength rather than speed. So, there isn’t much to discuss speed here.

Bounce-Man: Bounce-Man increases Luffy’s elasticity, which he, in turn, uses to boost his speed. He was able to attack Doflamingo before the former Celestial Dragon even had a chance to retaliate. That is a considerable feat against someone as strong and seasoned a fighter as Doflamingo.

Tank-Man: Tankman is Luffy’s slowest Gear 4 form yet, and he can’t even move from his place. Though, to be fair, Luffy announced it as the Overstuffed Version. So, we can hardly deduce if that’s the maximum speed of Tankman or if he was just too overstuffed to actually move.

Snake-Man: Snake-Man is by far Luffy’s fastest form. In this Gear 4 form, Luffy can move at an amazing speed in a certain range.

Actually, with Snake-Man, what really increases is Luffy’s stretching speed, giving him a kind of unpredictability that’d be hard to counter for anyone other than those with advanced Kenbunshoku Haki, like Katakuri.

Luffy’s Gear 5 is the peak of his power. This form gives him an astounding level of possibility that it’d be difficult to predict his actual speed or power.

During his battle with Kaido, the speed element of Gear 5 hasn’t been explored properly, but that’ll hopefully soon change. Until then, it’s safe to assume that, like all the other crazy powers, Luffy also gets maddening speed from Gear 5.

There is a confusing element to Luffy’s speed due to it not being appropriately addressed in the story. But judging by his numerous fights, it’s safe to say that he is indeed incredibly fast where it counts. Outpacing light speed is no small feat. And with Gear 5, more incidents of Luffy’s speed are on the horizon.

We’re concluding this article here. Hope that answers your question, “how fast is Luffy.” If you liked this article, make sure to check our similar articles with One Piece-related goodness.