Skip to contentHome » Anime & Manga » How Strong is Rob Lucci in CP0? (One Piece) 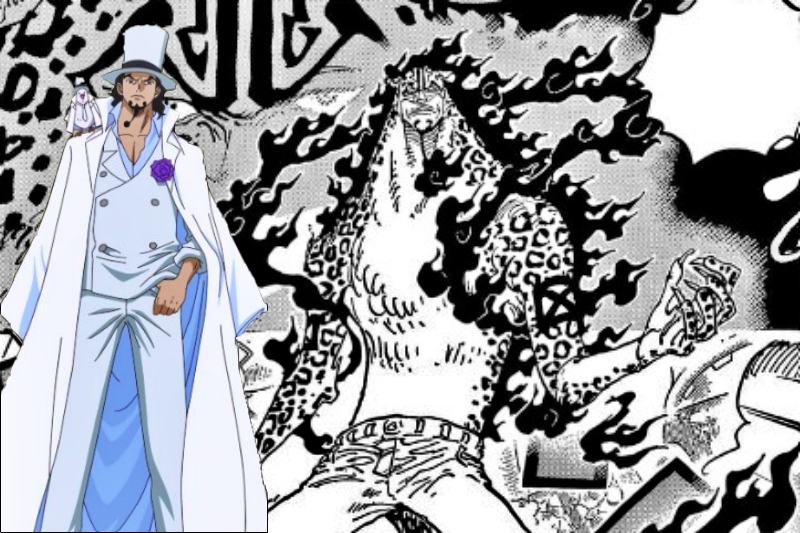 Rob Lucci is a CP0 agent who was previously a member of CP9. He acted as the primary antagonist in the Enies Lobby Arc of One Piece. Now, with Chapter 1068’s release, it appears he, along with the rest of CP0, will be the antagonists of the Egghead Arc. Lucci will indeed have another confrontation with Luffy and the rest of the Straw Hats. So, now the question of the hour is: how strong is Rob Lucci in CP0?

Lucci is one of the strongest members of CP0. Now, after showing his Zoan awakening, we can consider him the current most potent member of CP0. Currently, Lucci is on the same level as an Admiral.

Most of Lucci’s powers are seen in the Enies Lobby Arc, and he hasn’t had a severe fight since in the story. But just being a member of the CP0 is evidence enough for his prowess. CP0 is a government organization that acts directly on the orders of the Celestial Dragon and is stronger than every other Cipher Pol organization. And with Lucci as their leader, it’s clear that he’s the strongest of them all.

But exactly how strong? To deduce that, we’ll be discussing Lucci’s powers and abilities, as well as how he compares them to his current power level of Luffy in this article.

How Strong is Lucci in CP0?

In the present Egghead arc, Lucci unveiled his newly awakened Zoan form, which is similar to Luffy’s Gear 4 Snake man form. In this awakening, his speed, reflexes, durability, and strength raised exponentially.

He easily took down Atlas and Sentomaru. However, he was against Luffy Gear 5, the strongest character in One Piece; that’s why he was effortlessly overpowered by him.

But undoubtedly, in his awakening Zoan form, he is on an Admiral level. Unlike other Admirals, Lucci fights with bare hands and Cipher Pol techniques, which gains him an upper hand in many fights.

In the Enies Lobby Arc, Lucci was the leader and the strongest member of CP9. His Doriki or power level was 4000, which was significantly more than Kaku, the second strongest man of CP9, with 2200. He was also one of the most vigorous opponents Luffy faced and won in an intense battle where he had to give his all and more.

Lucci hasn’t had a significant fight since then. He fought against Sabo in One Piece Film Gold, but that wasn’t part of the canon storyline. But with his promotion to CP0, it’s easy to assume that he’s gotten stronger than before and can pose a serious threat to the Straw Hats.

Rob Lucci ate the Neko Neko no Mi: Model Leopard, which is a Zoan-type Devil Fruit. It allows him to transform into a leopard that is more ferocious and dangerous than a normal leopard. He is also able to transform into a hybrid form that is half-man and half-beast.

In Lucci’s latest appearance on Egghead Island, he reveals the awakened form of his Devil Fruit. That makes him one of the few characters in the series with awakened Devil Fruit.

Lucci’s awakened form looks similar to his hybrid form but with a black ribbon around his shoulders, similar to the white ribbon in Luffy’s Gear 4 forms. Lucci’s ribbon has the patterns of his Devil Fruit.

In his awakened form, Lucci clashes with Luffy with a punch but seems to be overpowered by the pirate, though he is not injured or weakened yet. In fact, he seems to be in a good enough condition as he slashes Sentomaru in a blink with his Haki-addled “Hand Pistol.”

Though in the canon, Lucci hasn’t used any kind of Haki yet, he probably can use at least Busoshoku and Kenbunshoku Haki as high-ranking government agents.

In fact, he used Busoshoku Haki on his arms during his fight against Sabo in One Piece: Gold. He also uses Busoshoku to slash Sentomaru with his “Hand Pistol.“

Like every other Cipher Pol agent, Lucci has Rokushiki in his arsenal. Rokushiki is a collection of six special techniques that lets these agents perform superhuman acts. The techniques include the following:

By this technique, the user extends their palms and channels their energy to the palm to create an intense, high-powered shockwave capable of causing internal damage as well as external wounds.

The shockwave is so powerful that it can create a huge dent in a concrete wall several feet away and cause internal wounds in Luffy, who is rubber.

This is a special ability that allows the user to mold their body in different forms to be better compatible with particular Rokushiki techniques. Kumadori of CP9 uses this technique extensively.

Lucci can use this ability only for the Kami-e technique, for which he shrinks his body to a smaller and more slender form.

Lucci has always possessed a great deal of speed. It’s even more enhanced with his Zoan-type Devil Fruit that gives him the speed of a leopard. That, together with Soru, makes Lucci one of the fastest characters in the series. After the time skip, on their visit to Egghead Island, he is even faster than before and swift enough to crush a cyborg like Atlas and possibly kill Sentomaru in an instant. Shaka also comments on Lucci’s swift movements.

Lucci possesses an incredible amount of strength that is said to be almost 400 times more than that of an average soldier. He’s been training since he was a child and his strength continues to improve. During his stint in CP9, he was already extremely strong. But as a member of the CP0, he is possible all the more physically stronger than before.

Lucci has a very high degree of endurance. He took on a lot of damage from Luffy’s Gear 2 attacks but kept on fighting and overpowering the pirate. As with strength, his endurance is also probably greater than before.

Rob Lucci is a very intelligent man, evident by his position in the highest secret government agency. He was also smart enough to fool the carpenters of Water 7 to make them think of him as one of them.

Luffy’s fight against Lucci was one of the most significant fights in Luffy’s career as a pirate. He also notably used his iconic Gear 2 and Gear 3 against Lucci during their intense battle. Even with that, he had to use every iota of his strength and willpower to defeat the agent.

In CP0, Lucci must be decidedly more fearsome than before. As the current situation in the story stands, he is going to be one of the villains of Egghead Arc.

In the last chapter of One Piece, the two of them finally meet after their battle in the Enies Lobby. The chance encounter can possibly lead to another battle. But this time, overpowering Luffy will not be an easy task for Lucci.

With Luffy’s Gear 5 unlocked, his whole power level is still mostly a mystery. But from his fight against Kaido, it’s evident that defeating the current Luffy will be a near-impossible task for Lucci. The opponents have finally clashed with each other after two years, and both have something new to offer in the fight.

Though Lucci has now awakened his Devil Fruit, it still seems complicated to imagine him overpowering Luffy. In fact, their clash of fists causes Lucci to blow away from the force, though it doesn’t wound him.

But after his merciless attack on both Atlas and Sentomaru, he seems to have awakened Luffy’s rage, and that doesn’t end well for anybody. The same will probably be the case for Lucci too.

With this, we conclude this article. Hopefully, we’ll get to see Lucci’s full power in the Egghead Arc as the story progresses. Until then, this is the answer we have for how strong is Rob Lucci in CP0. We hope you liked this article, and if you did, don’t forget to check out our other articles on One Piece.