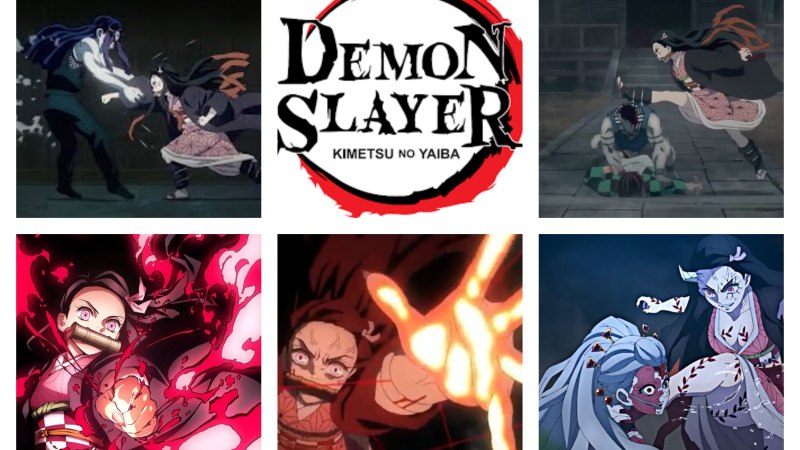 With the recent ending of its second season, The Entertainment District Arc, Demon Slayer has become the core of almost all conversations among otakus.

With the recent anime arc, Nezuko has shown some extraordinary capabilities, which has made fans ask, “How strong is Nezuko in Demon Slayer?”

Nezuko’s powers are shown to grow immensely with each unfolding story arc. During the recent Entertainment District Arc, Nezuko, in her awakened form, easily overwhelmed the Upper-Rank Six. She quickly overpowers Hantegu, the Upper-Rank Four in the Swordsmith Village storyline.

The following article provides all possible information that will help you all to analyze and estimate Nezuko’s actual powers as a demon.

How strong is Nezuko-

Due to accumulating considerable blood from Muzan, she has developed several abilities that differ her from other demons. Nezuko is stronger than the Upper Moon Four.

She is the only demon who has conquered the sun. This makes her even stronger than the Demon King, Muzan, during day fights. 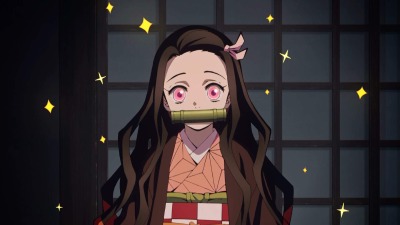 During her fight with Daki, she even showed the ability to get her arms, limbs, and head connected to her body despite getting slashed.

Nezuko did this by clotting and solidifying the blood to keep her limbs attached to her torso.

Nezuko’s Blood Demon Art, better known as Pyrokinesis, is one of the strongest blood demon arts in the series. It allows her to manipulate special pinkish demonic flames, which she can create by setting her blood to flames or from thin air.

These flames have a remarkable ability: it affects only demons or substances of demonic origin. However, it is utterly harmless to the surroundings or to humans.

We have encountered multiple instances where Nezuko has proved as a valuable asset to the Demon Slayer Corps with her Blood Demon Art.

During Tanjiro’s fight with Rui, Nezuko set the blood that trickled down the threads that held her in fire, annihilating the Upper-Rank Demon’s attacks. 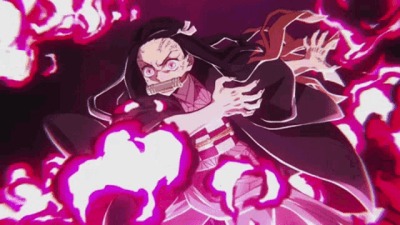 Her pink flames also slow or halts the regeneration for a certain period, as seen during Nezuko’s fight with Daki.

Her flames burned the Upper-Rank Six’s face, and it showed no sign of healing for a certain period. Nezuko’s Blood Demon Art also rid Inosuke and Uzi of Gyutaro’s poison by burning them completely while keeping their mortal bodies intact.

Nezuko Power Level by the end of the series will become nearly equal to Upper Moon 3 Akaza. But she will conqueror the sun and, in day fight, can defeat even Muzan.

Nezuko was a little kid when she was turned by the Demon King himself. She started just like any usual demon.

However, seeing her younger brother protecting her, she changed completely. Due to the tremendous amount of blood she has received from Muzan, Nezuko can sustain herself even without consuming any humans.

She is a highly powerful demon, with her kicks being her most vigorous physical attack. With it, she can easily behead a demon, as we see during her fight with the Temple Demon while trying to protect her brother.

She easily overwhelmed Daki, the Lower Rank Six, in her berserk form and kept showering her kicks as if she was nothing in front of her.

Her Blood Demon Art has quite a bad reputation among Demons as it can only affect them and is harmless to humans. 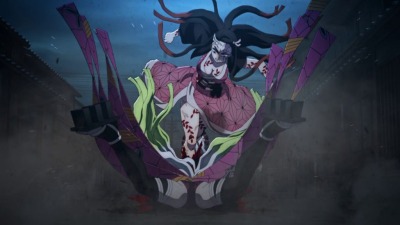 If fights were to be considered during the day, Nezuko is the most powerful demon, even surpassing Muzan himself. This is because it is an impossible task for a demon to walk out in the sun.

Nezuko, who has developed the ability to walk in the sun unaffected, becomes the center of hostility to all demons. In the anime, Nezuko has easily overwhelmed two of the twelve Kizuki’s, Rui and Daki.

As the plot progresses, Nezuko’s power level grows immensely, where she proves herself to be stronger than the Upper Moon Four.

Nezuko, also known as the “chosen demon,” has shown several characteristics that make her a standout among the other demons.

She can regain her powers and get stronger just by sleeping while the other demons consume humans for this purpose.

Her growth rate is immense, which gets boosted amidst critical battle conditions, turning all tables.

Sunlight has always remained a fear factor for the demons. Sunlight has the power to burn their bodies, hence annihilating them.

However, Nezuko emerged as the only exception to this. She developed this ability of sunlight resistance during her fight with Hantegu, the Upper-Rank Four.

This has since caught the attention of the Demon King himself, who intends to absorb her and hence conquer the sun.

Nezuko has captured all her limelight with her immense regeneration speeds, which we get to see on multiple occasions.

In her base child state, the regeneration speed is much inferior compared to other demons. However, in her true awakened form, she achieves lightning speed regeneration, where she can instantly re-grow slashed off limbs and hands.

She even surpassed the Upper-Rank Six’s regeneration speeds, which the latter acknowledged in despair. It makes Nezuko even stronger than some of the Twelve Kizuki members.

Nezuko possesses immense physical strength. During her initial stages as a demon, she was able to blow the head off the Temple demon with just one kick.

She made the swamp demon cough up blood with just one punch. In her awakened state, her strength increases by several folds.

She pierces Daki, the Upper Six’s back, and kicks off her head, almost decapitating her. Due to her lack of combat techniques, she primarily relies on her brute strength to fight.

Nezuko, in her awakened form, has quite a unique ability, control over her blood. This we see for the first time during her fight with Daki.

When the Upper Moon Six slashed her arms, legs, and head from her torso with her razor-sharp belts, Nezuko managed to solidify her blood.

This resulted in the body parts remaining connected to her main body through the bloodstream.

She was then able to pull it all back and rejoin them to her main body. She can even make her blood explode into pink flames, which is lethal to all demons. 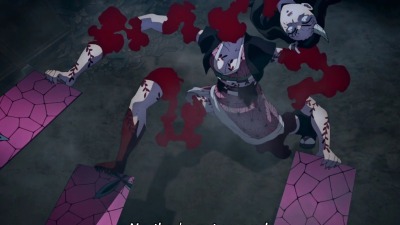 Where to read and watch Demon Slayer

With its sky-rocketing popularity, Demon Slayer is available on several platforms. For the manga, you can pay a visit to Netflix and Funimation.

Coming to the manga, it can be available on any manga site by a simple internet search.

The story unfolds with the life of Tanjiro Kamado, who sells charcoal to meet his family’s ends. One fine day, he returns from work, only to find his entire family slaughtered by a demon, except for his sister Nezuko.

To his horror, he realizes Nezuko has been turned into a demon too.

Here we come to the end of this article. Hope the question, “How Strong is Nezuko in Demon Slayer?” has found its answer. Stay tuned for more exciting articles on various topics. Until then, stay safe and happy watching.

Akaza vs Doma: Is Akaza stronger than Doma in Demon Slayer?