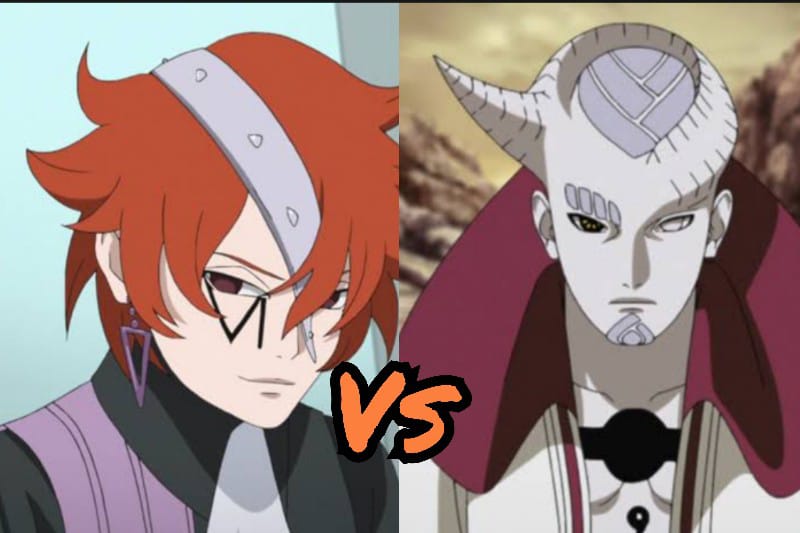 In this article, we’ll be going over how strong Code is, his power level, and various abilities and answering the burning question, “Is Code stronger than Isshiki Otsutsuki?” Naruto and other characters in Boruto: Naruto Next Generations.

Ever since the introduction of Eida and Daemon, with Amado lifting power limiters from Code to Sasuke losing his Rinnegan and Kurama dying, the power balance has shifted very much towards the now disbanded members of Kara, specifically Code.

Is Code stronger than Isshiki in Boruto?

As a last-ditch effort to carry out his will of eating the ripe chakra fruit via offering an Otsutsuki to the ten tails, Isshiki tells Code to carry out the Otsutsuki clan’s will of devouring worlds and evolving in order to attain godhood while also naming Uzumaki Naruto, Sasuke Uchiha, Amado, Kawaki and Boruto as the ones who eliminated him. 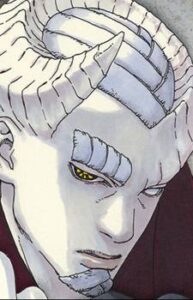 As stated by Amado, one of the inners of Kara and the head of the Research and Development faction of Kara, he had made several cyborgs whose capabilities, strength, endurance, and skills were far more powerful than Jigen himself, and so he had commanded that they must be locked down and sealed.

However, this condition is only true when there are no limiters on the cyborgs’ power which were put in place by Amado as Code was still operational when Jigen was the head of Kara. As it stands, Code without his limiters is said to be the second most powerful Inner other than Isshiki himself.

Due to Code’s intense devotion towards the Otsutsuki, he wasn’t sealed and was kept operational, but with limiters on his power. This fact has been stated true by Amado.

How Strong is Code? Power Level in Boruto

Although Code’s power level and his skills exceed in comparison to Jigen, there are still even more powerful cyborgs created by Amado; most of them are still sealed, and their whereabouts are unknown.

Till now, two of them have made their appearance, Eida, and Daemon, and in terms of skill ability, Eida is arguably above Code, and in terms of pure battle strength, Daemon is far stronger than Code. This simply implies that even more powerful cyborgs may be sealed and brought up in later arcs.

Is Code stronger than Naruto?

Compared to Naruto and Sasuke, the previous god-tier characters who got stripped of their main sources of power in and after their fight with Isshiki, Code is stated to be far stronger than both of them as the situation remains.

According to Daemon, “You do seem to be stronger than Jigen…so neither the Hokage nor the Uchiha should be a trouble.” referring to Code after his limiters were taking off.

With Naruto no longer being the Jinchuriki of the nine-tails and Sasuke losing his Rinnegan at the hands of Boruto, who was possessed by Momoshiki, Code might be able to defeat them even while taking on both of them at the same time.

But not to forget that Sasuke still has his Eternal Mangekyo Sharingan in his right eye intact, and Naruto can now fully utilize his Sage Mode, which he used to defeat Pain, who was a Rinnegan user.

Who can beat Code?

As the story goes forwards, it is quite eminent that both Sasuke and Naruto will be fighting against Code sooner or later, and this will be a fight to look out for since it will change the course of history for all the shinobis.

In the current scenario, the sealed cyborgs are the number one sure bet against Code, who can win against him, but they are largely still a mystery as their skills are unknown. As for those who are known, it is very clear that Daemon can beat Code even while his limiters are off. 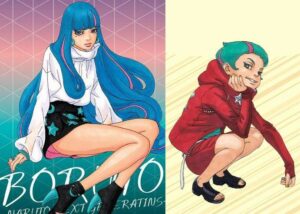 Other than him, Code can’t attack Eida due to her passive enchanting power. If the cyborgs are taken out of the picture, then both fully trained Kawaki and Boruto will be the only ones remaining to be able to beat Code.

As for teaming up in groups or duos against him, the aforementioned characters stand a chance – Naruto Uzumaki, Sasuke Uchiha, Adult trained and mastered Sharingan Sarada, mastered Sage mode Mitsuki. Side characters like Yamato, Orochimaru, etc., might be able to help, but they stand no chance against Code on their own.

Even though Code might be very strong based solely on battle strength, battle experiences, and instinct while also using their powers in different ways, in which Naruto and Sasuke are well experienced, such factors may play a big role next time they are against each other on the battlefield.

With the Momoshiki warning Boruto about the rapidly approaching moment where he shall lose everything, the story of Boruto: Naruto Next Generations keeps the readers engaged with endless possibilities and outcomes.