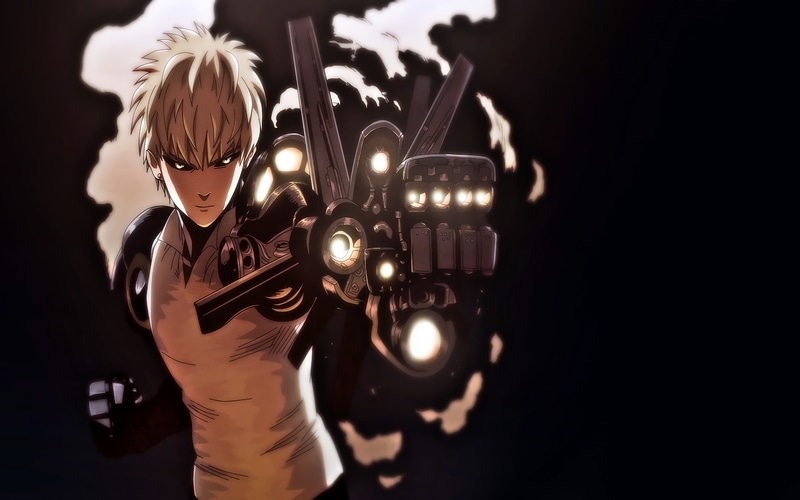 One Punch Man is an ongoing Japanese superhero manga illustrated by Yusuke Murata, and from October 2015, it started broadcasting on the TV Tokyo channel. Initially, it was a webcomic created by ONE. The series has easily climbed into everyone’s watchlist and gained both recognition and popularity.

But that’s not all its epic battle scenes, storyline, unique characters along sporadic comedic situations have easily gained the reader’s attention and secured a place in the fans’ community. And in this post, we are going to discuss the most powerful attacks shown in the One Punch Man Anime series till Season 2 and rank them accordingly.

Top 10 Most Powerful Attacks in One Punch Man Anime –

This attack was first shown in Season 2 Episode 19 of the series and was performed by Suiryu against Choze. Void Phoenix Ascension Fist was powerful enough to break through Choze’s sturdy armored body. It is a follow-up attack after Void Quake Tiger Fist where Suiryu does a twisting motion to further increase the power of his punch. And accordingly, to him, it can easily pulverize a truck, though ineffective against powerful monsters. So, we have placed it in the 10th position.

Scattered Flash Slash is a special attack and delivered by Sonic. He attacks his opponent with his four afterimages, created by Four Shadows Burial and also used in conjunction with it. This offensive attack was first used against Genos and the outcome of it is uncertain as he was saved in time by Saitama. As it has the potential to be a powerful attack, it has been placed in the 9th rank.

Savage Tornado is the ultimate attack used against Garou by Metal Bat. Even though the attack couldn’t defeat Garou but it was able to damage him slightly while he was repelling the ongoing strikes. Metal Bat creates a small tornado by wildly spinning his bat. This attack was powerful enough for Garou to comment about its lethality if the bat had touched him. Therefore, it is in the 8th position and below the 7th position.

This is basically a variation of Spiral Incineration Cannon, upgraded after the Super Fight Arc, and Genos utilizes more power than normal while performing this attack directly from the core. This was first used against Elder Centipede, though he was unable to end his life, Genos was able to burn Elder Centipede’s insides and molt. Hence, it is in the 7th rank.

Atomic Slash is the signature attack of Atomic Samurai, the only one capable of performing this, and was seen used against Melzargard. He dashes past his foes in an instant, can also be performed while being stationary, and does over 100 slashes in a second which leaves his opponent in pieces. As it is one of the powerful attacks which can be performed by him only, so it is on the 6th rank. However, this attack is not flexible enough to use against all opponents.

Must Read: Top 20 Most Powerful Villains in One Punch Man (Ranked)

It is one of the powerful attacks by combining Bomb’s Whirlwind Iron Cutting Fist and Bang’s  Water Stream Rock Smashing Fist. They used this attack against Elder Centipede while doing their respective martial arts and striking the opponent simultaneously. Though the attack couldn’t defeat him, easily knocked back the charging monster and destroyed its carapace. Therefore, this attack has been ranked 5th.

Meteoric Burst is Boros’ trump card which he uses when he wishes to quickly settle combats. This attack not only changes his body’s appearance but also boosts his speed and power beyond normal limits by utilizing his latent energy, at the cost of putting an immense burden on himself and even shortening his lifespan. He sent Saitama all the way to the moon by merely kicking him in this state. Therefore, it has been placed in the 4th position.

It is a variant of Saitama’s normal punches where he launches a barrage of quick, single-handed punches using his right hand. And the blows are powerful enough to blow his opponents apart into pieces. This attack can easily destroy any low-level monster but Boros was easily able to withstand it using his intense regenerative abilities. Without any doubt, this attack takes the 3rd rank and above the 4th rank.

The final attack used by Lord Boros to kill Saitama and destroy the Earth was Collapsing Star Roaring Cannon. After failing his trump card i.e., Meteoric Burst, Boros decided to launch his final attack which could destroy everything in a particular range. This attack allows him to concentrate and release the entire latent energy in the form of the Golden Beam from his mouth. According to him, this beam was powerful enough to destroy the Crust of an entire planet. This attack alone categories into a God Level that’s why it is at 2nd position.

Serious Punch is Saitama’s ultimate powerful punch which can disintegrate any opponent in an instant and the full extent of its damage is still unknown as it has never directly hit an opponent. But he used it to stop Boros’ Collapsing Star Roaring Cannon, a beam capable of wiping out an entire planet. The shockwave resulting from the impact parted the clouds on a global scale, as well as deliver the final fatal blow to Boros. Saitama also used his Normal Punch against Elder Centipede which annihilated the monster. So without any doubt, it takes the first place.

The One Punch Man series follows Saitama who seeks to fight a worthy opponent after growing bored from lack of challenges. The series can be read on VIZ Media and watched on Crunchyroll. The rankings have been done based on our research and speculations, so some may agree and some may not. We will be back with more posts like this. Till then stay tuned and stay hyped.