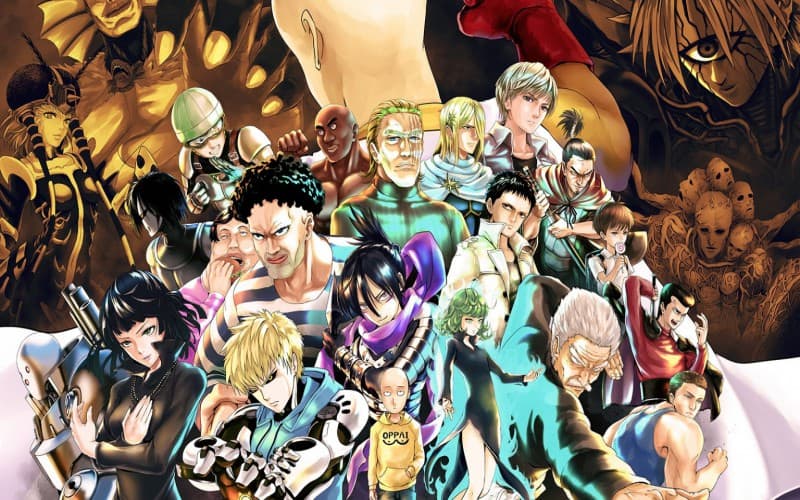 The ongoing franchise One Punch Man is a world where superheroes exist but so do villains. Both the villains and heroes in this series are quite interesting and unique, as some are human, but some are not so. Sometimes the villains look cute and non-threatening but one shouldn’t forget how dangerous and cunning they are.

Villains in the One Punch Man series are known as Mysterious Beings or Monsters, and according to their strength and scope of destruction, they have been designated as Disaster or Danger Level by the Hero Association. Humans can turn into monsters through their complex or bad habits while some Mysterious beings belong from non-human races. Non-human life in the series also turns into Mysterious Beings through factors such as pollutants, environmental changes, and genetic engineering. And in this post, we are going to discuss the villains and their threat levels.

What is Threat Level in One Punch Man –

There are 5 threat levels with danger ranging from threatening people to cities or even the entire world. Several factors like aggressiveness, the difficulty of extermination, and combat prowess are taken into consideration when determining a disaster level. The Disaster Level system was created to estimate the threat levels of Mysterious Beings, and they give the heroes and citizens an idea of the danger. But sometimes it also applies to other threats like Garou, an antagonist of the series, and natural disasters like the giant meteor.

Threat Level in One Punch Man –

This is considered as the lowest of all threats but in no way means least threatening as sometimes they are potential threats that the Hero Association has no prior information on. Even sometimes heroes are sent into battle with the least amount of information. It takes at least 3 C-Class heroes or a single B-Class hero to defeat it.

An example of a wolf-level threat is the Tongue Stretcher or Piggy Bancon, they are stronger than the normal human, but not life-threatening against groups. C-class heroes cannot reliably take out weaker monsters by themselves but can take care of a lot of normal misdeed. Though Tongue Stretcher was easily intimidated by the S-Class Hero King.

This threat level endangers the lives of a great number of people. The equivalent of a threat-level Tiger monster is either five B-class heroes or one A-class hero. They are strong and more intelligent than the Wolf-Level threat and have the capability of defeating a group of B-Class Heroes.

Crablante and Gouketsu’s disciples who turned into Crow Monsters are examples of Tiger levels. Other examples are the House of Evolution’s Frog-Man and Ground Dragon. Even Kombu Infinity managed to defeat a group of B Class Heroes while ranked as only Tiger-level threat and proves that this level needs cautions before charging into battle.

Demon disaster-level monsters are capable of posing a danger to a city on their own. The Hero Association dispatches 10 A-Class heroes or a single S-Class hero to combat it but they have reached a point where they can defeat a group of A-Class or even two S-Class heroes with ease.

One of the examples is Do-S who single-handedly defeated the entire Blizzard Group, Fubuki included with her mind control. Other well-known Demon-ranked threats are The Deep Sea King, Senior Centipede, and Mosquito Girl as they defeated Genos, an S-Class Hero, easily. Even when an S-Class hero is present teamwork is needed to overpower this level. Tatsumaki, Sweet Mask, and Saitama can easily defeat them on one-o-one.

Must Read: Power of Orochi in One Punch Man Explained

This threat is capable of destroying multiple cities at once and can only be overpowered by a group of S-Class heroes or by our protagonist, Saitama. The Hero Association mainly sends Tatsumaki or King on their own to subdue it, they also have faith that Blast can overpower any Dragon or even God-Level threat but do not have the ability to summon him.

Not all S-Class heroes like Tank-Top Master, Metal Bat, Superalloy Blackluster, or Puri-Puri Prisoner can defeat this threat level. The last time when Boros attacked Earth, a team of S-Class heroes including Child Emperor and Silver Fang was dispatched to stop it. Examples of other Dragon-level threats are Elder Centipede, Melzargard, Gouketsu, and Orochi. Garou is also considered a Dragon-level threat despite being a human.

A God-Level threat is assigned to a monster that poses a threat to the survival of humanity. Whatever the “great danger” fortune teller Shibabawa warned about could be a God-level threat, which meant either Boros or something that is yet to happen. Garou is a self-proclaimed God-Level threat and the creator ONE told Boros is above the Dragon-Level threat but it is not confirmed yet.

The closest thing that was seen as a God-Level threat was a meteor that was on course for a collision with Earth. Genos, Bang, and Metal Knight arrived to destroy it but it took one punch from Saitama for it to destroy. Previously he also won against Boros. So, without a doubt, it can be said that if a true God-Level threat arrives, only Saitama can destroy it.

The Threat System made by the Hero Association also has its flaws as all heroes and all monsters belonging to the same class are not always comparable in strength. So, mistakes are often made and it leads to casualties. This was seen in a battle between Puri-Puri Prisoner and The Deep Sea King and B-Class heroes barely managed to defeat a Wolf-level threat. Again, when it takes 10 A-Class heroes to subdue a Demon-Level threat, Stinger and Lightning Genji together defeat one of them easily. Strength can’t be read of cyborgs like Genos. Even both the association and Child Emperor acknowledge this. But, even so, the series remains one of the popular superhero series, and together with its flaws, it adds a sense of realism.

One Punch Man series, illustrated by Yusuke Murata, started serializing in Weekly Shonen Jump in June 2012, and as of January 2021, it has 23 volumes in the collection. The story follows Saitama, who seeks to fight a worthy opponent after growing bored from lack of challenge. The One Punch series can be read on VIZ Media and watched on Crunchyroll.