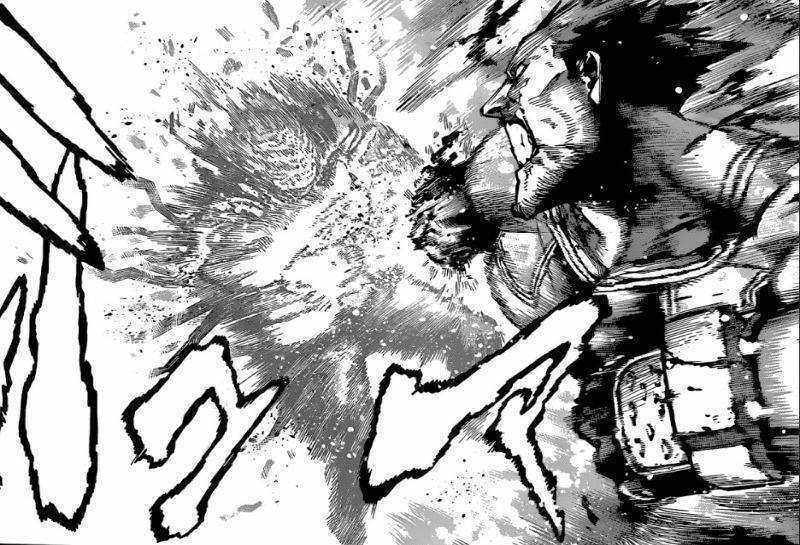 Now that the latest chapter is here, My Hero Academia Chapter 357 spoilers are on their way to tell us more. The latest chapter continued the climax of Hawks and the students’ fight against All for One. On the other hand, many of our predictions came to fruition. The major one of them is Endeavor regaining his will to fight and jumping in the fight. Therefore, let’s look at what we already know so far.

The chapter started with Jiro and Tokoyami cooking up another move to land a final blow on AFO. And to hype us even more, Tokoyami lands a powerful Abyss Black Ephemeral Raganarok Smash. This attack ensures the breaking of AFO’s mask, exposing his distorted face. Therefore, now they have finally fulfilled their part in the fight.

Following this event, we see a little shaken AFO who questions why couldn’t he dodge their attacks. He also reveals that because he doesn’t have sensory organs like eyes, nose, ears, etc., he stole and accumulated lots of sensory quirks.

But to his surprise, the quirk, or as he refers to them, “weaklings,” are now rebelling against him. Hence, this is the reason he is losing against Jiro and Tokoyami and couldn’t dodge their attack either.

It is here that Endeavor finally recovers and takes charge of the fight stopping AFO from overpowering the rebels. He comes in hot with a powerful punch shattering AFO on the ground. 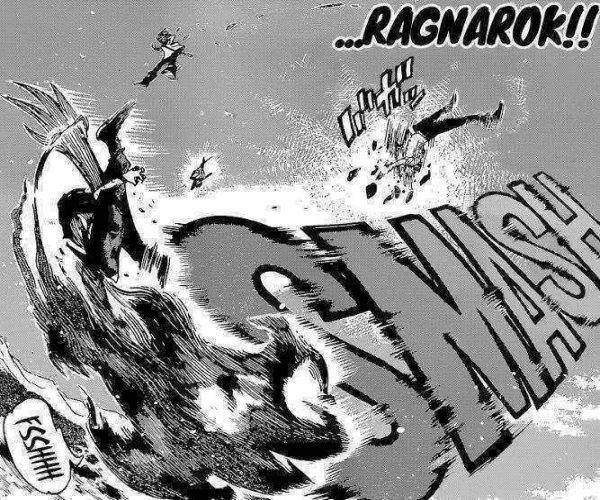 It is now solely Endeavor vs AFO, with Endeavor currently overpowering the latter. Following this scenario, we get glimpses of Endeavor’s life from his POV while AFO continues to insult him. He says how Endeavor has always longed to become stronger and stronger. How he has always cursed his weakness and never atoned for his mistakes and many more profanities.

Ultimately, Endeavor admits that he has been and is stubborn as ever, and he will never congratulate himself with a pat on his back. The chapter ends with a stunning panel showing Endeavor without his flames on his face and sending AFO flying with a powerful punch.

Finally the spoilers and raw scans of My Hero Academia Chapter 357 are surfaced. This chapter will show the conclusion of the final fight between AFO and Endeavor. It is going to be one of the most emotional chapters in My Hero Academia series.

The final battle of Gunga Mountain will come to an end. AFO will comment about Endeavor that the ones who have alot on their shoulders are the scariest.

Endeavor will shoot fire beams from his eyes.

AFO will realize that Endevor’s body couldn’t move anymore but thanks to Hawk, his feathers are the one controling Endeavor’s body in the same speed of AFO.

Endeavor will interpret of older 1-A students. The chapter will show all 1-A students in adult form where they have become professional heroes. He will say to AFO, “Atleast one of my children will become a hero I could never be.”

Endeavor will use Burning Jet Burn on AFO.

AFO’s real body will start to disintegrate then he will smile and say that his opponent will also has to die.

Endeavor will pass out and AFO’s body will carbonize.

Below we have attached some of the raw scans of My Hero Academia Chapter 357.

The very first thing we noticed in the chapter is that Jiro’s glory was short-lived but an extremely vital one. Second, Tokoyami finally landed his powerful Ragnarok Smash in the main fight. This new duo showed us how their quirks complement each other in an actual fight. 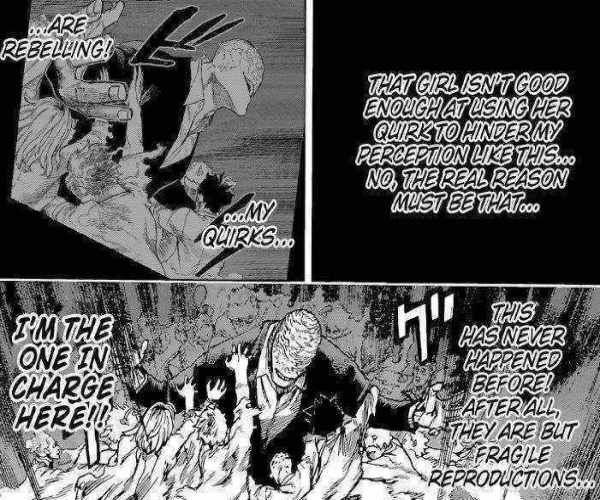 Furthermore, there were a few revelations about AFO’s weaknesses. We found out that the quirks he has accumulated have some kind of consciousness to them, for they are rebelling against him now.

This shows us another similarity between All for One and One for All. Both the quirks hold the will and the subconscious of their previous users.

As for Endeavor, the condition he is in might leave him with life-threatening injuries. His flames have gone out, and his mental condition keeps going back and forth.

Therefore, it is likely that this might just be Endeavor’s last glorious fight and also the fight that he has needed all his life. Either way, we will hopefully see Endeavor transitioning into a better and true hero.

Chapter 357 will be out on June 26th, 2022, as per the schedule. Luckily, we don’t have a break this week. Our wait for this chapter will be the usual one. With Endeavor back in the picture, the plot is as pivotal as ever. We shall hold on to our excitement and wait for the outcome of this battle.

Where to read My Hero Academia Chapter 357

My Hero Academia is officially available to read on Viz Media. The latest chapters are available to read free of cost. Therefore, we advise you to follow the manga there so that you don’t miss out on new releases.