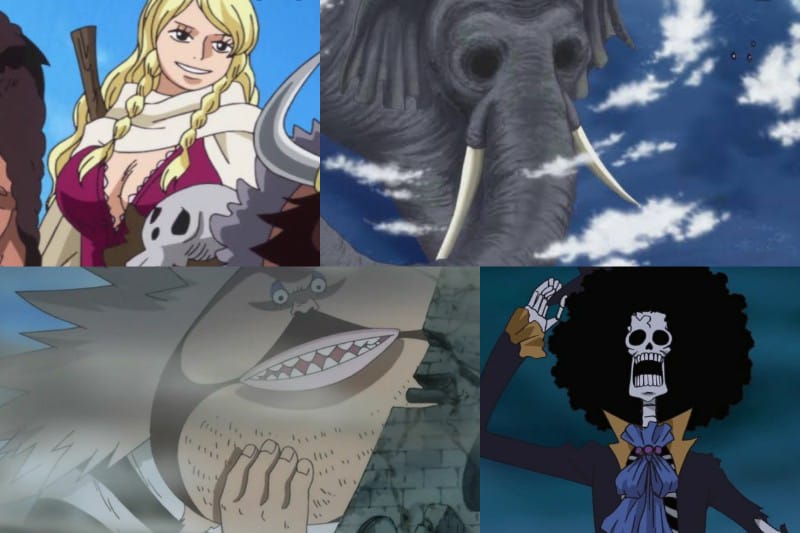 It seems that One Piece has been running for almost an eternity. As one of the longest and oldest anime series and the final running member of the big three, One Piece has a host of characters therefore that are older than the entire series.

While some strong characters have passed away, like Edward Newgate, popularly known as Whitebeard, there are still some pretty old beings in the series. Therefore, in this post, we will list the top 15 Oldest Characters in One Piece who are currently alive. So if you are interested in knowing the oldest creature, stay on till the very end. 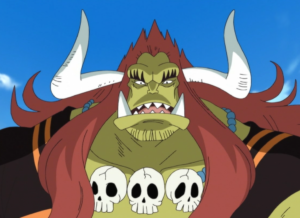 Little Oars Junior is one of the oldest characters in One Piece, almost as old as Whitebeard, although he might not appear at first glance. He is the leader of the Little Pirates and was an ally of Whitebeard. He is 60m tall and one of the few giant allies of Whitebeard.

He went along to save Ace along with Whitebeard during the Marineford Arc and is considered to be a deadly force to be reckoned with. He is powerful despite his age. At present, his age is 72 years. 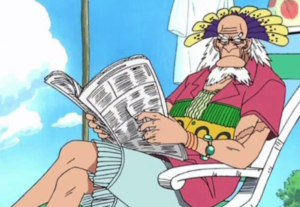 However, before becoming a lighthouse keeper, he served as the crew doctor of Gold D Roger, so he has his credentials straight. While he might appear senile, he can still pack quite the punch for a man of his age., Crucus, when last shown, was a man 73 years old. 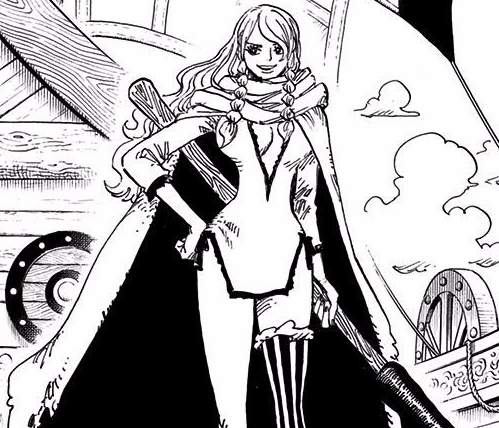 While it is true that humans and giants don’t age pon an equal pace, yet considering the age of certain giants being the oldest is definitely worthwhile. Gerth is one such giant who is incredibly old in human years; however, she does not appear her age.

She is the ship doctor of the New Giant Warriors Pirates from Elbaf. Before joining the crew, she was ranked as an S-Class mercenary, notable for her way of tanking out people in sort terms as a member of Buggy’s delivery. Although she doesn’t look like it, she is 75 years old. 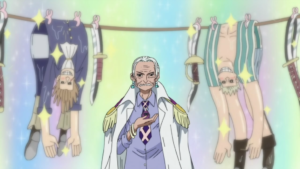 Tsuru is a vice admiral in the marines and a close friend and companion to ex-fleet admiral Sengoku. She does command a specific authority which is projected through her mannerisms and behavioral patterns, and she is immensely strict while setting high standards for herself.

As one of the veterans, she is immensely tactical and understanding and quite formidable in her actions. She quickly realized how Donquixote Flamingo set up the pirates to fight against each other. Tsuru follows the ideology of the current fleet admiral and firmly believes in ‘True Justice.’ At present, she is 76 years old. 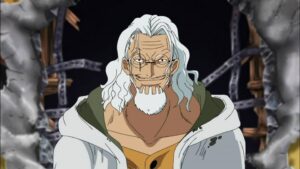 Silvers Rayleigh was the former first mate of the Roger Pirates and the ‘right-hand man of Roger’. He was considered as one of the most dangerous pirates during the golden age of pirates and is one of the primary ally of the Straw Hat Pirates.

Rayleigh is one of the few pirates whose bounty has not been removed even after he retired, showing how dangerous he was during his time with Roger. Rayleigh also help L:uffy master his Haki and is formerly known as the ‘Dark King’ which gives him a mysterious aura. At present, he is 78 years old. 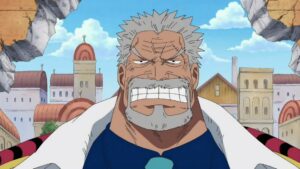 Monkey D. Garp has survived the times of Roger and has risen to immense fame. He is the father of the leader of the Revolutionary Army Leader Monkey D. Dragon, and the grandfather of Monkey D. Luffy. He was one of the strongest characters during the Rogers era.

Garp was titled’ hero of the marines’ due to his deeds and the prestige and notoriety he gained for his actions. He was offered the post of admiral several times during his career; however, he refused it every time for unknown reasons. At present, his age is 78 years, similar to Silver Rayleigh. 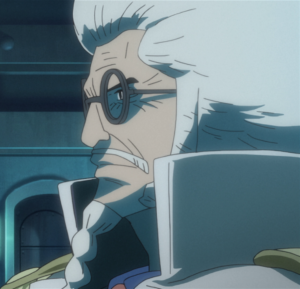 Sengoku was the former fleet admiral of the Marines and one of the most well-known characters in the series. He was the primary antagonist in the Marineford Arc, where he planned for the public execution of Portgas D. Ace.

Sengoku had quite radical ideas which he wanted to anticipate and change in context to the power he held with the marines. Keeping that in mind, Sengoku wanted to execute Ace simply because he was the son of Gold D. Roger. Even after his retirement, he continues to remain a prominent figure. He is 79 years old in the series. 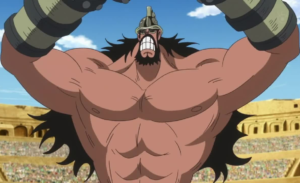 Another giant makes it into the list, although he looks quite young and deadly for his age. Harjudin is a warrior and a gladiator and a deadly mercenary from Eibaf. He was one of the strongest characters introduced in terms of pure strength.

However, Harjudin’s life changed after he met Luffy. Despite his aggressive nature and his impractical behavioral patterns, Harjudin learned to control his emotions and apply them in the appropriate places. He swore allegiance to Luffy and is the captain of Luffy’s 86th vast fleet. At present, he is 81 years old. 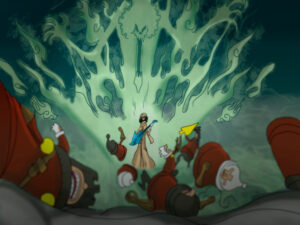 Most of us know that Brook had once died and returned to life in his skeletal form due to his devil fruit ability. He is the ninth member of the crew who joined after the Thriller Ac and is the musician of the crew. Brook ate the Yomi Yomi no Mi that allowed him to return to life.

Brook is also the second swordsman of Luffy’s crew after Zoro and is quite the skilled combatant. Due to his devil fruit, Brook can control his soul and the soul of other creatures. He is the tallest and the oldest member of the crew, and his age is 90 years. 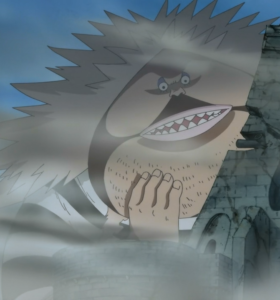 Sanjuan Wolf is one of the Worst Criminals in the history of One Pice and, due to his actions, was sanctioned and sentenced to life imprisonment on the 6th floor of Impel Dawn. His crimes were so deadly and heinous that they required to be completely obliterated from history itself.

He was referred to as the Colossal Warship due to his gigantic size and is one of the ten titanic captains. After Blackbeard freed him, he became the captain of the 7th fleet in Blackbeard’s crew. He is 99 years old in the series. 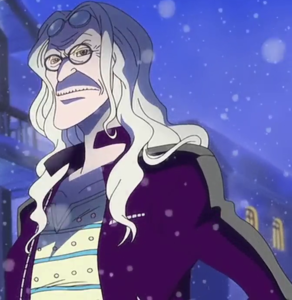 Keruha was often referred to as a witch precisely due to her appearance and mode of transportation. She adopted Chopper and taught him everything about medicine and medical treatment and is one of the kindest beings in the entire series.

She is a resident of Drum Island and the only doctor in that area. When Nami fell ill, Luff had to carry her all the way to Keruha’s castle for treatment. Despite being referred to as a witch, she holds no grudges and is quite compassionate. She is shown to be 140 years old in the series. 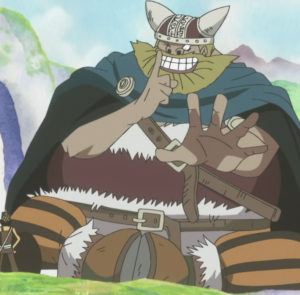 Dorey and Morley are two former captains of the Giant Warrior Pirates fleet that began from Eibaf. He is an ally of the Straw Hat Pirates and his best friend, Brody. Both of them help out Luffy and the crew in the Little Garden Arc.

Dorey and Brody had been fighting for years, although they forgot the reason for their combat. Both of them went on their customary duels, which deepened their friendship even more. Both belong to the giant race and are incredibly strong. Each of them is 160 years old. 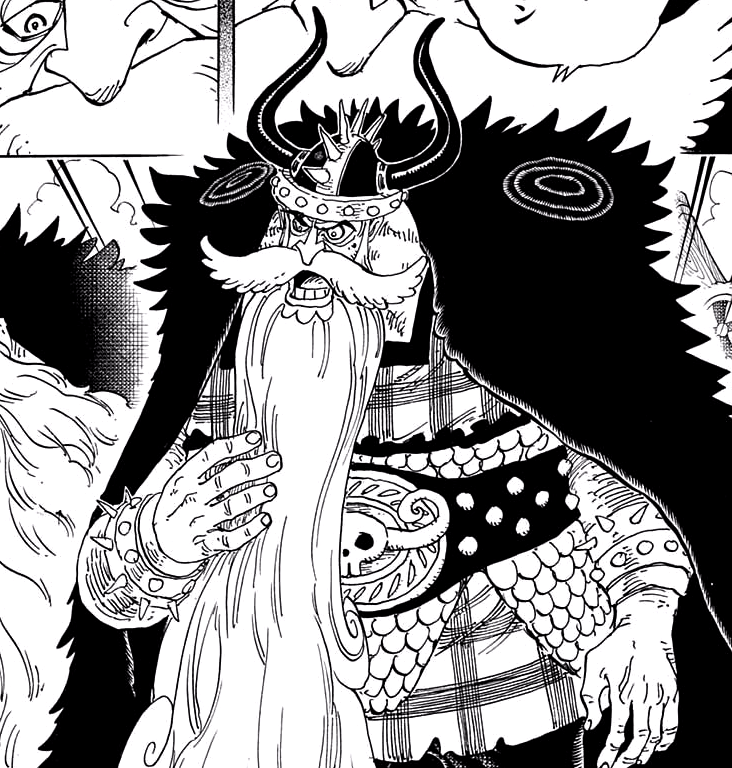 He is nicknamed ‘waterfall beard’ due to the excessive length of his beard. He is 344 years old. 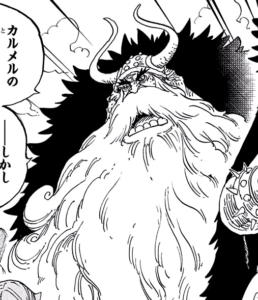 Jarul was another of the co-captains of the Giant Warrior Pirates and was known as the hero of the giants along with Jorul. He is one of the oldest characters in One Piece with great power and a long beard.

As shown in the series, Jarul is 345 years old, a year older than Jorul. 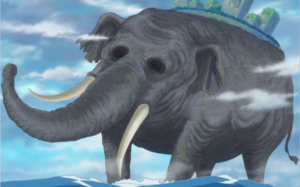 Zunesha is undoubtedly the oldest character alive in the world of One Piece. He is a giant elephant that wanders through the earth and sea, carrying the city of Zou on his back. He was cursed to wander the search for some unspecified crime.

Zunesha was closely affiliated with Joyboy, and he cares immensely about the Mink Tribe that he carries on his back. He is over 1000 years old, as shown in the series.

So there it is, a complete list of the oldest characters still alive in One Piece. One Piece is available for streaming on Funimation, and new episodes are released every Sunday on Crunchyroll, so go check them out. The manga is available on VIZ. And for more posts similar to this, keep following us.

20+ Best One Piece Pick up lines