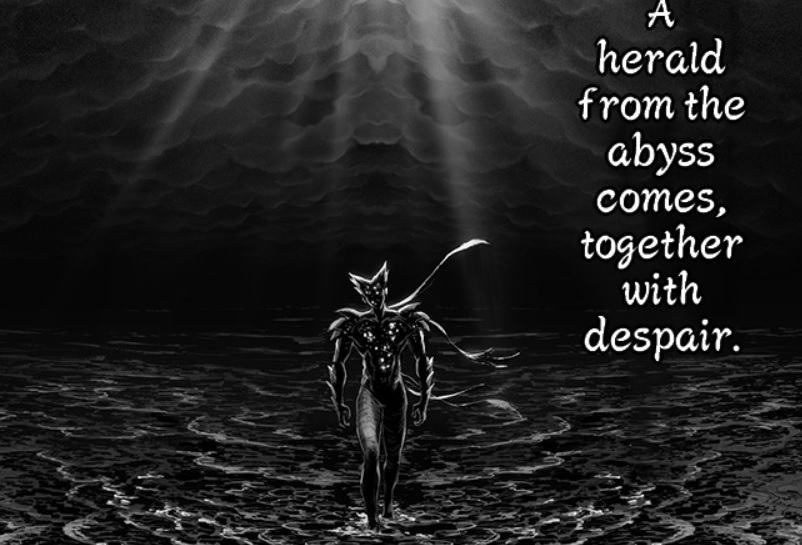 The latest chapter doubled the hype of the fight; therefore, One Punch Man Chapter 166 spoilers are on their way to give us some early hints. It also gave us an animated panel on page 12. Garou’s powers are on a universal level now that he has become the “Absolute Evil.” Before we get into more details, let’s look at what we know so far.

The chapter begins with yet another gorgeous cover of Garou. It informs us that now Garou has gained the knowledge of the flow of all energy; and the behavior of all the forces of the universe. As a result, he can now copy any moves or techniques and even more.

Garou forms a powerful All Life Eradication Fist: Nuclear Fission and charges forward at Saitama. This attack sets off the Decontamination System as Garou just unleashed a freaking Nuclear attack.

As everyone around the country witnesses these massive and multiple spheres of destruction, they begin praying for their dear lives and are petrified at the same time. Therefore, as a gift, Murata gave us an animated panel on Page 12 depicting the nuclear blast.

On the other hand, our Caped Baldy only shows concern over his torn clothes due to all the mess. Garou then claims that he has seen through Saitama’s moves and techniques completely and calls it Mode: Saitama. Right after this, a part of his face transforms into Saitama’s while he throws Consecutive Normal Punches at him.

However, Saitama effortlessly counters him with his Normal Consecutive Punches. It is now that Garou mentions everything he copies will be honed as his own skills and will increase in power.

Unexpectedly, Garou throws an All Life eradication Fist: Gamma-Ray Burst, which is as powerful as a supernova. Yet the only damage to Saitama he managed to do was tear his clothes a little more than earlier.

Garou then shows up in front of the entire hoard of the heroes, giving them an answer as to who is responsible for all these unbelievable destructions. Later, as Bang emerges from the crowd and questions his new form, Garou asks if he has finally become the Absolute Evil, a symbol of fear to all heroes.

The chapter has some more twists about what exactly happened between Garou and God. Turns out, Garou didn’t shake hands with it after all. He could realize that it’s not Bang who appeared before him earlier but for some other entity. Although he didn’t touch his hand, he grazed it slightly, and hence, he could awaken as Cosmic Garou and still not become God’s puppet.

The chapter ends with Garou bidding farewell to Tareo and heads to “conduct evil.“

Finally One Punch Man Chapter 166 has released. Below we have attached the chapter. Kindly go through it. 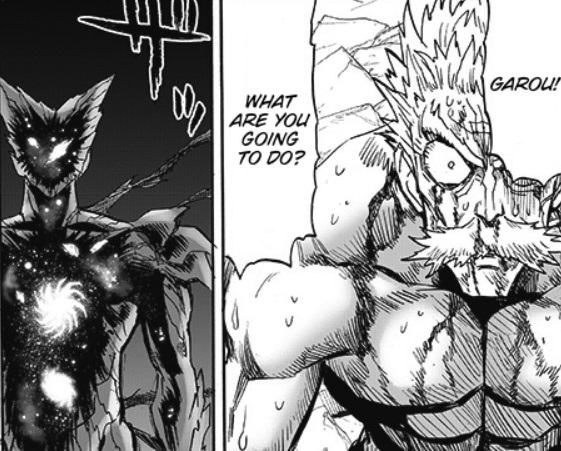 With Garou rising to a supernova-level monster, there’s only Earth left to destroy now. We don’t know how much more powerful could he get from this point onwards.

As the chapter revealed, Garou has maintained his consciousness, and he is still himself. It is surprising to note that even during his vulnerable phase, he didn’t lose his mind. As much as the story diverges from the original source, the hype is still impressive.

The current events confirm that the story will be evolving into a multi-dimensional one. The mention of “another dimension,” as seen earlier, is on its way to making it to the main scenario. More so, since Garou’s powers are increasing to a universal level, the Earth is simply not enough to contain him anymore.

Also, Saitama is still only defending. He isn’t serious even now. The chapter didn’t progress much plot-wise; hence it seems that the build-up of the fight will be going on for a bit longer. This means that the next chapter will continue focusing on the current fight and reveal more about Garou’s powers.

Chapter 166 will be out on June 23rd, 2022, as per the schedule. The next chapter has quite a few days before the release. However, it is worth all the wait and excitement.

Where to Read One Punch Man Chapter 166

One Punch Man is officially available to read on Viz Media. The latest chapters are available to read free of cost. Therefore, we advise you to follow the manga there so that you don’t miss out on new releases.