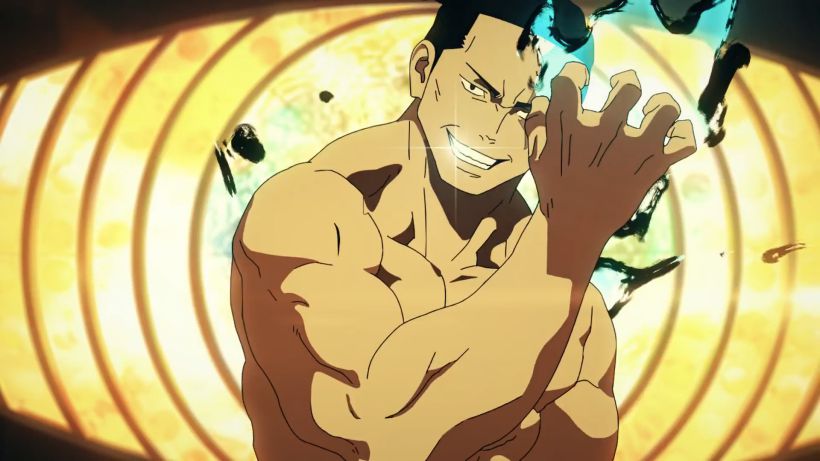 Jujutsu Kaisen by Akutami Gege is a Japanese manga series that began its serialization in the March of 2018.

Taken up by Shueisha’s Weekly Shōnen Jump, the series has gained great popularity and acclaim, along with winning multiple awards such as third place at the Tsutaya Comic Awards of 2019.

It also received the nod for an anime adaptation that premiered on the 3rd of October, 2020.

The story is set in a world where humans live alongside curses, born out of the negative emotions people harbor within them.

Fighting against these Curses are Jujutsu Sorcerers who can control the Curse Energy that is always flowing within them and manifest it in the form of raw energy or Jujutsu Techniques.

But this world is hidden from the majority of the population. The only people who can actually see these Cursed Spirits are shamans (another name for the Jujutsu Sorcerers) and some people when faced with life or death circumstances.

The protagonist, Itadori Yuuji, is thrust into this world when a Cursed Spirit finds its way into his high school and attacks his friends.

What follows after is a sequence of events set in motion after Itadori swallows a Special Grade Cursed Object belonging to Sukuna, the King of Curses who lived 1000 years ago.

He befriends Fushiguro Megumi, a fellow Jujutsu Sorcerer, and is taken under the wing of Gojo Satoru, the most powerful shaman in existence. But another person who influences Itadori just as deeply is Todo.

From the Kyoto Metropolitan Curse Technical College, Todo Aoi is a third-year student who is supposed to be the strongest among his peers.

Even though he has an eccentric personality, Todo revels in the spirit of battle and takes joy in the kind of thrill that a good fight provides him.

His superior physical build and strength are some of the things that are imposing about him. Coupled with in-depth knowledge of martial arts and his high tactical intellect while dealing with opponents.

Todo has been able to overpower multiple strong enemies, his most famous accomplishment being his feats during Geto’s, a human Jujutsu Sorcerer.

He aligns himself with cursed spirits, Night Line Attack in Kyoto where he defeated numerous Curses including a Special Grade Cursed Spirit and five Grade-1 Cursed Spirits single-handedly.

All Todo’s cursed abilities and enhanced physical stats greatly reinforce his own Innate Jujutsu Technique, which he calls “Boogie Woogie.”

While describing it to Hanami, Todo explains his technique as the power which allows him to switch places with the enemy. But it goes beyond that.

A teleportation technique at its foundation, Todo can switch places by activating his technique by clapping his hands within a certain range.

But this switching is not restricted between him and the enemy. Todo can switch anyone or anything with a certain amount of Cursed Energy in them, be it animate or inanimate objects.

One thing to note is that just clapping his hands does not mean his technique will be activated, which in turn goes on to mean that he has to will it to start.

He uses this technique while fighting with Hanami and later against Mahito during the Shibuya incident in the latest arc.

In the fight against Hanami, Todo constantly switches with Itadori to attack and land hits on the enemy.

He managed to surprise Hanami by switching targets between Hanami himself and Itadori and also between Itadori and the Roaming Cloud, the High-Grade Cursed Tool, which belongs to Maki.

At this point, Todo reveals the inclusion of non-living things as targets for his Jujutsu Technique.

Todo’s large reserves of Cursed Energy, which lets him unleash powerful Energy infused punches and hits, exist because of his understanding of these forces’ origins.

According to him, Cursed Energy does not necessarily flow through the body, even though it is the first step to understanding its mechanism.

One exists with their whole mind and body, and if one can utilize this knowledge to control the Cursed Energy in them effectively, they can fight using their full strength.

Combing his skilled hand-to-hand combat style, enhanced speed, skill, and knowledge about how to bring out the true potential of Cursed Energy.

Todo not only managed to pose a serious threat to Hanami but also manages to threaten Mahito, who is an extremely powerful human-looking Cursed Spirit born out of the hatred, jealousy and other negative emotions people entertain against each other.

Todo can also perform the Black Flash, a distortion in space produced when Cursed Energy collides within 0.000001 seconds of the actual physical blow.

This raises the power of the hit to around 2.5 times the original. Even though Todo has only used this once as of now, he was the one who taught Itadori how to master this technique.

Todo can also use the barrier technique, Simple Domain, which has the power to neutralize all Cursed Techniques that he first uses when Mahito tries to drag them into his domain, Self-Embodiment of Perfect.

Boogie Woogie is Todo’s trick up his sleeve, which he decides to use only when he gets serious, usually relying on his enhanced strength and agility against lesser opponents.

While he might come off as a muscle head initially, he can be surprisingly insightful and philosophical when the situation requires it.

While his Jujutsu Technique might not be as flamboyant as Gojo sensei’s Limitless or Kamo Noritoshi’s Piercing Blood, the way that he decides to wield that power relying on his experience and awareness is what makes it truly dangerous.

Who do you think is the most powerful among all the Jujutsu High students? Let us know your thoughts on our social media pages!

Who might win between the two legends, Gojo Satoru or Sukuna?