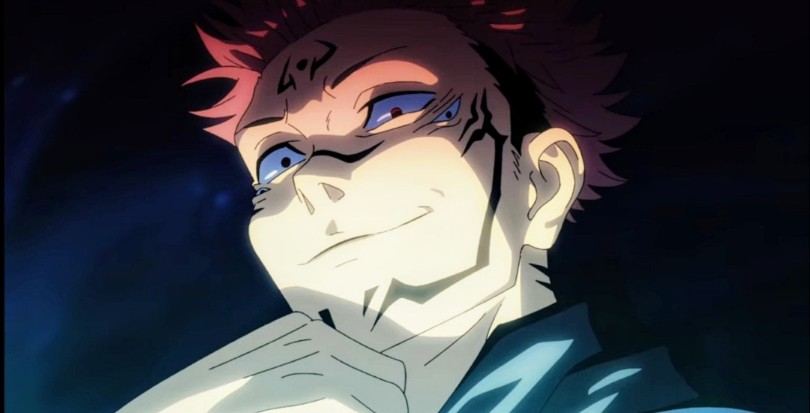 This article is updated based on the current manga chapter.

Jujutsu Kaisen unveiled Sukuna’s true nightmare in the Shibuya Incident Arc only with 15 fingers. Even Itadori was helpless against him. It seems like anime fans were spoiled. But this is just a trailer. Manga fans know how much Sukuna, the King of Curses, is capable of now.

Note: This post contains the power of Sukuna based on the current Jujutsu Kaisen manga story. Therefore, anime fans who don’t want to get spoiled can jump over. But I recommend you to get a little taste of the story.

We all know that Sukuna is a legend who was sealed 1000 years ago. His true form comprises four arms and two faces. According to Satoru Gojo, he was once a human but became the most powerful demon with the appearance of 1000 years ago. At that time, Shamans gave their best and sealed him by sacrificing their lives. But, it was impossible to destroy his body. So, they bounded him in a ritual and divided his powers into 20 fingers.

Presently, Sukuna has regained the power of 15 fingers and easily crushed Jogo, the special grade cursed spirit capable of creating a strong Domain Expansion. Sukuna toyed him during the fight. Not only this, he even defeated the Eight-Handled Sword Divergent Sila Divine General Mahoraga, the strongest Shikigami of the Zenin Family.

It is said that from the past, this shikigami has been considered as the trump card of the Zenin Clan against the Six Eyes of the Gojo Clan. General Mahoraga has the ability to adapt to any situation or circumstances, and the shikigami can be summoned any time. The first time, Sukuna faced a slight problem in defeating someone; that’s why he had to create his domain expansion to destroy him. In my opinion, Sukuna with 20 fingers may overpower Satoru Gojo.

Sukuna’s Innate Cursed Technique is Dismantle & Cleave. However, the official name of his technique is still unknown. But the series displayed that his technique allows him to slash or cleave anything. His slashing attack adjusts itself according to the opponents’ cursed energy and toughness. Just a little bit of movement of his fingers can cleave anyone. But, during the fight with Jogo, he used fire ability too, which even surpassed Jogo’s Disaster Flames. It shows that Sukuna can operate multiple cursed techniques.

Sukuna being the King of Curses acquires Immense Cursed Energy. Satoru Gojo and Ryomen Sukuna are the only ones in the series who can form their domain expansion multiple times in a day. But in terms of cursed energy, Gojo has the upper hand. He has infinite cursed energy; however, it’s still too early to conclude this.

As expected, Sukuna can reverse any cursed technique into positive energy. It is a complex technique that only special ones can perform. It is mainly used in healing. The known users of Reverse Cursed Technique in Jujutsu Kaisen are: Sukuna, Satoru Gojo, Yuta Okkotsu, Uraume, Kenjaku and Shoko Ieiri.

Abilities of Sukuna in Jujutsu Kaisen-

Till now, the series only unveiled his abilities at 15 fingers. Hence many things about him are still unknown. He has a vast amount of cursed energy, can perform reverse cursed technique, has the most powerful innate technique and domain expansion, but the attribute which makes him unassailable is his normal abilities.

He is the master of hand-to-hand combatant with immense strength, speed, reflexes, and durability. These characteristics alone can make anyone the strongest. Take the example of Toji Fushiguro, a non-curse user who at some point overpowered Satoru Gojo. Another ability that makes the King of Curses more savage is his intelligence. He is a great tactical intellect having the knowledge of every cursed energy and binding vows.

It’s truly a divine technique. Furthermore, by allowing an escape route, a “Binding Vow” is formed, which vastly increases the guaranteed hit’s effective area with a maximum radius of 200 meters. It means that his domain is open so one can escape, but instead of a barrier, a binding vow is formed between the opponent and Sukuna. He can also manipulate the radius as per requirement. This is the most powerful domain expansion ever shown in the series. Also, he can construct his domain any number of times.

This concludes the cursed power, known cursed techniques, abilities, and domain expansion of the King of Curses, Ryomen Sukuna, as per the current manga chapter. Currently, the Culling Game is going on, and we all are waiting for Sukuna to appear once again. But the priority of Itadori and others is to survive in the game as long as possible and save Tsumiki Fushiguro.