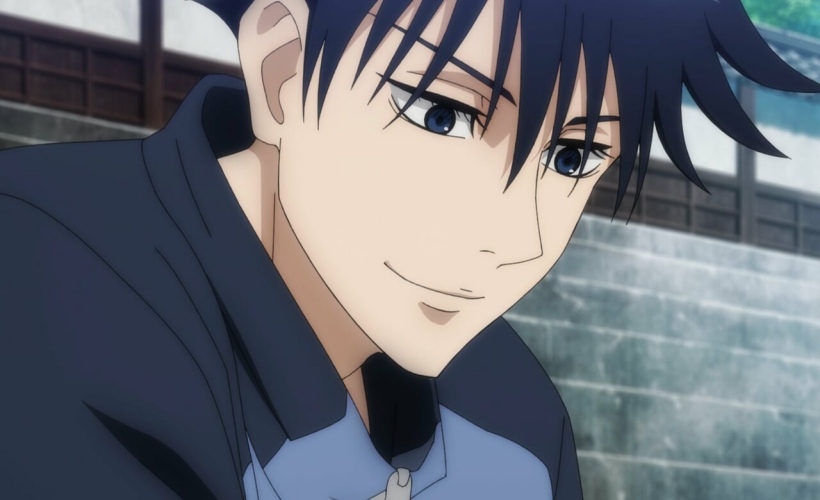 Megumi is a tall, dark-haired boy with green eyes. He is 15 and a student at Tokyo Metropolitan Jujutsu High School. He uses the Ten Shadows Technique of the Zenin clan, one of the three prominent sorcerer families. Megumi’s father, Toji Fushiguro, left the famous clan and gained notoriety because of his heightened senses and supernatural physical prowess and later came to be known as the Sorcerer Killer. Conversely, Megumi has inherited the famous Zenin family technique. He is currently a Grade 2 Sorcerer and also a protagonist of the series.

Megumi weaves specific hand signs and manifests Shikigami from the shadows that serve him. As the technique’s name suggests, the user can control and communicate with up to ten Shikigami, each having their unique qualities. He summons Divine Dogs that can track and devour curses, an owl-like Shikigami that can fly, serpents, toads, elephants, and rabbits. However, Sukuna has already mentioned that his willingness to hand-to-hand combat makes him different from other Shikigami users. One of the Ten Shadows Technique’s interesting qualities is that even though a Shikigami is destroyed and can no longer be summoned, its cursed energy is inherited by the other Shikigami. In other words,  a decimated Shikigami’s cursed energy gets recycled. After Hanami (a special grade curse) killed Megumi’s white Divine Dog, its cursed energy was absorbed into Megumi’s black Divine Dog, forming Kon, a totally upgraded combination of both.  It is powerful enough to fight with Special Grade Cursed Spirits.

The Zenin clan being one of the strongest and famous clans in the series had an incredibly powerful technique known as the Ten Shadows Technique. It was inherited by Megumi and is one of his go-to moves.

This technique helps Megumi to create Shikigamis which help him in battles against opponents and curses. He can process up to 10 Shikigamis at a time but it also uses a lot of his cursed energy.

This is the ability of Megumi whereby he can summon two dogs of black and white colour. They are ferocious beasts that will instinctively chase after curses and eat them up.

This was one of the most commonly used techniques by Megumi in the series. Everything was well until Finger Bearer destroyed the White Divine Dog. This led to a strange phenomenon and the traits of White Divine Dog were passed down to Divine Dog: Totality.

If the Divine Dogs duo were ferocious, Divine Dog: Totality is an absolute monster. It is much larger than them and significantly more powerful. This is because it was formed after the powers of White Divine Dog merged with Black Divine Dog.

As a result, it can go one step further and even deal with Special Grade Cursed Spirits that are hard to defeat. We also saw in the fight against Kirara how it was able to pin him down after Megumi figured out his cursed technique.

It is a flying type of Shikigami that has a keen resemblance to an owl. It is a great tool for scouting an area to be aware of hidden enemies. It can also be used for offensive purposes by commanding Nue to launch a dive attack straight from the sky.

An aerial attack is always a bonus since the enemy will find it difficult to concentrate against two targets. On top of that Nue can also use lightning-based attacks.

If Nue can attack from the sky, the Great Serpent can attack from below the ground. Similar to Nue, it can also ambush the enemy suddenly and give Megumi a huge advantage.

On using this Shadow Technique, a giant snake will crawl up from the ground and can bind the target completely preventing its escape.

This shadow technique allows Megumi to summon a lot of toads. In turn, they can pin their enemies using their tongues and keep them in one place. Megumi has used them previously to rescue Nobara Kugisaki.

This is a combination shadow technique whereby Megumi can combine the powers of the toads with the Nue. As a result, the toads gain the ability to fly with their wings and launch aerial attacks as a group.

Using this technique Megumi can summon a huge elephant that also uses up a lot of his Cursed Energy. This prevents Megumi from summoning other Shikigamis and at the moment he is only limited to using its base form.

The elephant can charge at enemies with brute force while also using its trunk to release a lot of water.

As a beginner, the user of the Ten Shadows Technique receives two Divine Dogs. Then, they help the user to gain additional Shikigami by exorcising them.

The norm is that a sorcerer can’t use a Shikigami until they are exorcised; however, Megumi can exploit this by summoning a Shikigami that none of the previous users has ever exercised.

He summons a Shikigami called Eight-Handled Sword Divergent Sila Divine General Mahoraga, a hazardous tactic that is powerful enough to challenge the Gojo family. It is the most powerful Shikigami, and so far, not a single user of this technique has been able to exorcise it.

Megumi can also combine his Shikigami with his Domain Expansion that allows him to expand his cursed energy into an inescapable dimension. His technique called Chimera Shadow Garden is flooded with a large amount of fluid-like shadows. He can summon multiple Shikigami and even create a double of himself within his domain. However, currently, his Domain Expansion is incomplete.

Megumi literally has one of the best abilities in the manga. He can even use ten of his shadows at once. You can imagine him using all of his shadows together, he can use them as bait or set you up. With abilities like these, he is evidently one of the most talented Jujutsu Sorcerer.