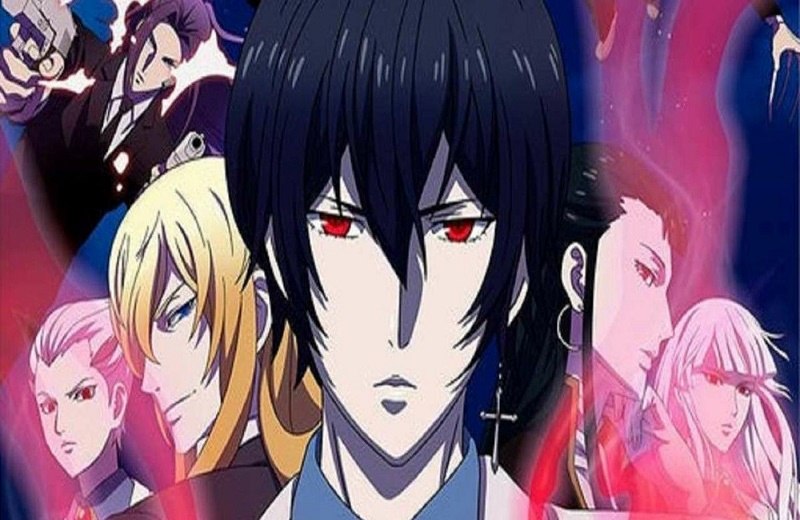 Noblesse is a South Korean manhwa written by Son Jeho and illustrated by Lee Kwangsu. It was first released in 2007 on the official Naver app and later received an English translation on Webtoon.

The series concluded in 2019. It scaled new heights in its 12 years long run and became one of the most successful manhwa series. Later, the manhwa received an anime adaptation in 2020.

The Noblesse is a dark tale of three ancient races: Nobles, Werewolves, and Humans and their greed for power and world domination. The series revolves around the life adventures of the Noblesse Cadis Etrama Di Raizel – the first among the nobles.

After waking from a slumber of almost 820 years, he, and his loyal servant Frankenstein embark on a journey in the present modern world to unravel mysteries.

Nobles are all-powerful beings entrusted with the responsibility of protecting the balance in the world and, if the scales tips taking appropriate measures to save mankind.

Along with the werewolves, they believe in the principle of non-interference in the human world. However, many among them slave of their desire for power eventually discards their values and betray the Lord.

The world is reined over by a sinister organization called the Union headed by the Elders – comprising of traitorous Clan leaders, werewolves, & modified humans.

The world is in a total state of anarchy where the powerful rules and sacrifice the weak to satisfy their greed. Cadis Etrama Di Raizel, Noblesse, along with his Knights, race against time to save mankind from total annihilation.

Spoiler Alert: This article contains information that has not been revealed in the anime yet.

He is an all-mighty being whose existence is a secret and known to only the Clan leaders. If Nobles are the protector of humanity, the Noblesse is someone who protects the Nobles. His love for humans is profoundly conveyed throughout the series.

Raizel governs the blood and is burdened with the responsibility of punishing those who try to tips the scales. He is the embodiment of elegance and dignity. He is revered and feared by many.

Even the previous Clan leaders who betrayed the Lord deeply respected him. He is perhaps the most powerful being in the series.

Unlike the soul weapons of the Clan leaders, his soul weapon doesn’t possess a material form. The maniac berserker Frankenstein is his loyal servant.

Though he is the most powerful being, he uses his powers at the expense of his life source. The more Power consumed, the more his life source depletes.

He ended by in an 820-year long slumber to make up for the life source lost during the gruesome battle between him and Muzaka – the previous Lord of Werewolves.

Through this ability, a person can control any individual according to his whims and fancies. The controlled individuals lose control over his/her body as acts as a mere puppet.

This is an ability similar to telepathy where Raizel can communicate with the mind of other people and can copy the skills the individual possess.

Despite his petite frame, the Noblesse is immensely powerful and agile. There are many instances in the series where one can spot this ability.

For instance, to save mankind from destruction due to attack satellites, he races against time to diffuse those by taking a round trip across the Earth in matters of few minutes.

Raizel can awaken the true untapped potential of an individual just by consuming a small amount of their blood.

He showed M-21 the true extent of his powers, where he transformed into a full-fledged werewolf.

A blood contract can be formed between Nobles and humans by consuming a small amount of each other’s blood.

However, the contract should be mutual to be effective. By forming a contract, the person can utilize the powers granted by the noble.

Frankenstein forged a contract with Raizel, which gave him monstrous abilities. Along with his Dark Spear, he can manifest a Blood Spear through Raizel’s contracted abilities making him almost invincible.

The Noblesse is someone who governs the blood. When he uses this ability, a thick layer of blood shrouds the sky.

He can make powerful vortexes of blood that encapsulate the target, thereby sucking their powers and eventually themselves.

When he gets serious, he manifests colossal blood wings, and blood flows out of his eyes, truly making it a sight to behold.

This is one of the attributes of his blood-controlling abilities where he casts a barrier-like field of blood.

Within the field, the caster is the one true master and controls everything making him almost invincible.

This ability can be seen throughout the series. Through this ability, he can transform his clothes in whichever way he likes.

After waking from the deep slumber of 820 years, he changed his Noblesse attire to the Yeran High School’s uniform.

Muzaka was the previous Lord of Werewolves and was the strongest amongst all the lords till now. He was Raizel’s only friend, and they both believed in the principle of non-interference in the matters of humans.

In his werewolf form, Muzaka is a ferocious beast with powers on par with Raizel. He possesses immense physical strength and explosive regeneration capabilities.

Due to their love for mankind, they were both betrayed by their respective people, and both became pawns in the traitors’ greed for power.

They both were pitted against each other and were forced to fight. Muzaka, on the death of his only daughter Ashleen at the hands of humans, goes on a rampage and destroys everything in his path.

Faced with the dilemma of consoling a friend or stopping him, Raizel decided to fight Muzuka.

They both indulge in a gruesome fight with inflicted heavy injuries to both of them. The fight pushed Raizel into a deep slumber of 820 years, and on the other hand, Muzaka was unconscious was centuries.

Fighting on an equal footing, it would be very difficult to deduce who is stronger as it took quite a long time for both to recover from the ravages of their previous fight.

However, if Raizel’s life source would be completely intact that he might have defeated Muzaka but only after a deadly ferocious battle.

Must Read- Top 30 Most Powerful Characters in Noblesse

There was a comprehensive explanation of the power and abilities of the Noblesse Cadis Etrama Di Raizel. In all, he is a mighty powerful being revered and feared by all.

This series is a must-read if one enjoys thriller and suspense enclosed in a shroud of fantasy and powerful action sequences. One can watch the anime on platforms like Crunchyroll and can read the entire manhwa series on the Webtoon app or site.

Q1. Is Cadis Etrama Di Raizel is the Noblesse?

Ans. The Noblesse is the title given to the one that governs blood and is the symbol of power to the Nobles.

This title is conferred to Raizel forcing him to live in solitude burdened with the responsibility to protect the balance and punishing those who try to disrupt it.

Q2. Is Raizel the strongest in Noblesse?

Ans. Raizel is the Noblesse who is revered and feared by many due to his outer worldly abilities and physical prowess.

All the Clan leaders put together cannot level up to his power. However, due to the curse of depleting life source, he is sometimes overwhelmed by the opponent.

But, then he unleashes his wrath and pushes himself to his limit, and defeats the deadliest of the enemies.

Ans- Since nobles can live for an unbelievably long period the correct age of Raizel is not known. However, he was in a state of deep slumber for 820 years.

Q4. Who is stronger Raizel or Musaka?

Ans- A battle between the two left both of them with irrevocable injuries. It forced Raizel into a deep slumber of 820 years and on the other hand, Muzaka was unconscious for many centuries.

They both are highly powerful beings and the only true match for each other.

Q5. Is Noblesse worth reading?

Ans- Noblesse is a dark and twisted tale of human greed for power mixed with the deadliest characters and amazing battle sequences.

Also, amidst the serious storyline there the many comedic instances in places where one expects the least. It comprises a total of 544 chapters and in the end, it leaves the readers asking for more.