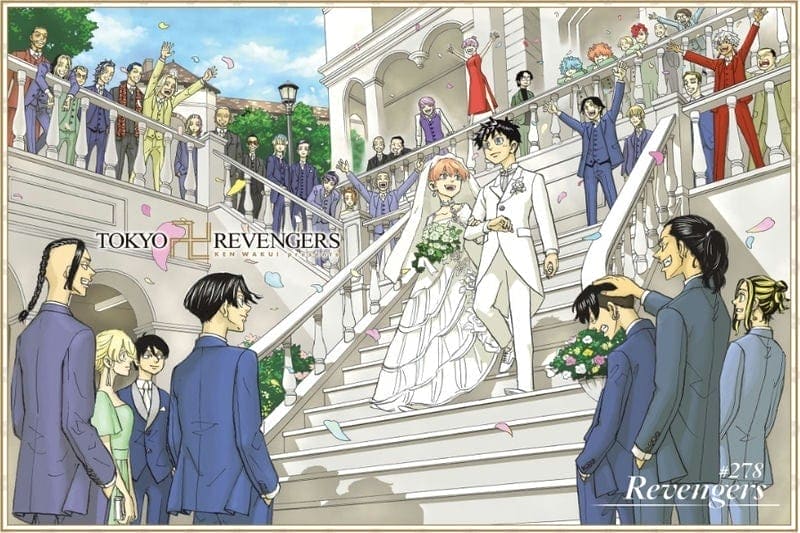 One of the most popular shounen manga, Tokyo Revengers ending in Chapter 278, has caught the fans by surprise. Despite the final arc turning out to be shorter than expected, fans expressed their admiration for Wakui’s storytelling. He gave us a brilliant shounen manga with a unique concept.

The plot was well thought-out, although fans managed to find some minor plot holes. Some even criticized the ending for being rushed; however, it was a happy ending where Takemichi managed to save everyone. All the characters lived normal and tragedy-free life. Lastly, the last chapter left many questions unanswered or relatively open to interpretation; let’s dive in.

The chapter features two coloring pages, beginning with Mikey and Takemichi’s conversation as he prepares for his wedding. The following page features the cover of the chapter showing married Takemichi and Hinata as they walk down the Church stairs while everyone cheers for them with joy and excitement. 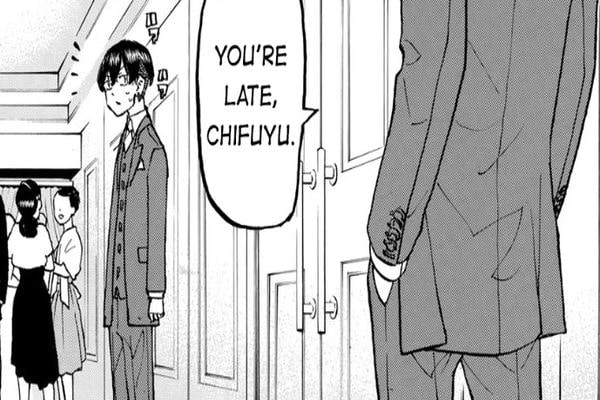 The chapter then begins showing Chifuyu running late for the wedding but just making it in time. Draken and Mikey immediately greet him amidst their conversation about Mikey fumbling in a race. From here on, the story shifts to Chifuyu’s POV. He thinks to himself about how far they’ve all come.

He reminisces how it’s been 11 years since Toman disbanded and what everyone has been up to. Everyone enjoys their usual banter as we see them all grown up and thriving. Takemichi and Hinata finally get married, surrounded by their friends and loved ones.

The chapter primarily consists of Chifuyu updating us readers on what everyone’s been doing. Here are the current professions of some key characters he mentions: 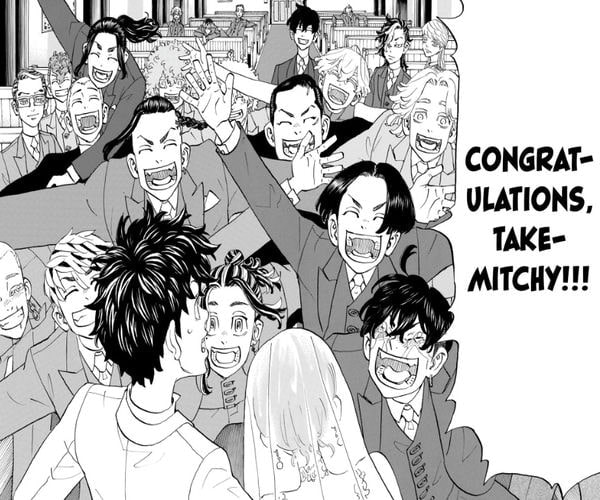 Apart from all of this, we got an explanation for many actions of the characters that affected the timelines. For instance, we now know why Kisaki did what he did (murder Hinata, that is!).

His goal was to become the top gangster and confess his feelings to Hinata while Takemichi was in his way. To make it worse, Hinata even rejected him.

Although, it is still a mystery how did every character overcome or didn’t do several incidents that led them to ruin their lives, especially when they were independent. Likewise, the Tokyo Revengers ending has left all the fans guessing and theorizing.

Fans were quick to bombard their questions and reviews of the ending. So much so that Wakui announced the release of a Special Arc in 2023. However, we don’t know what it will cover or if it will be a spin-off altogether. The exact release date of the Special Arc is pending confirmation from Wakui or Kodansha.

Therefore, Tokyo Revengers fans still have something to look forward to. Perhaps, we may get some answers. We shall cover the Special Arc when it is finally out. Until then, check out some interesting articles below.