Skip to contentHome » Anime & Manga » Who is the Main Villain in Fairy Tail? 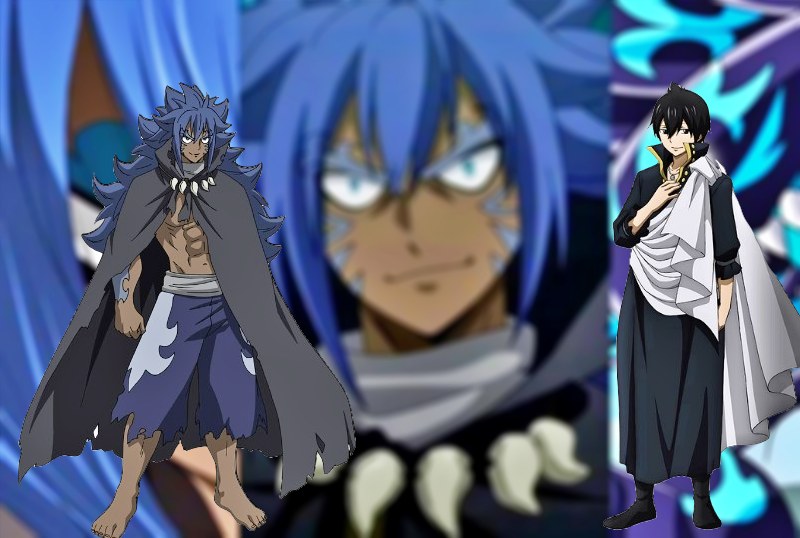 Fairy Tail is Hiro Mashima’s masterpiece that has reigned supreme within its fan base. It features the story of a guild called Fairy Tail on Ishgar that has a reputation for being the rowdiest guild on the continent. The guild is home to many mages like Natsu, Gray, Erza Laxus, and Gildarts.

They face many enemies throughout the story. But one question looms over everyone’s head. Who is the main Villain in Fairy Tail?

If, like me, you don’t have the patience to read through the article, then let me just clear the air. The main villain in Fairy Tail is Zeref. If you haven’t watched the whole anime or read the manga, the following article will be filled with spoilers, even about our favorite Natsu.

But if you are still curious. Then hang in there till the end of the article to find out why Zeref is the main villain in Fairy Tail.

According to the Manga and Anime, Zeref Dragneel is the main villain in Fairy tail. Yes, you read that right. It is Zeref Dragneel. Zeref is Natsu’s brother and the only one who can kill him. Zeref is a villain we all tend to love and hate.

Love because we sympathize with his troubles of immortality. No one wants to see their loved ones wither away. Primarily due to a curse that makes you kill whatever you love. But years of solitude and loss resulted in Zeref’s twisted nature that did not value human life.

Zeref had lost his family when dragons attacked and spent the rest of his life trying to revive them. This results in him being cursed and grants him immortality. He then goes on to create multiple demons to end his life, only to fail. This information gets lost in time, marking him as a villain in history.

Somewhere along the journey, he meets Mavis and her friends and teaches them how to use magic. This later resulted in the founding of Fairy Tail. But he soon moves on to the rest of his journey. Somewhere during this time, he creates the Alvarez Kingdom, which serves as the main opponent for the guild at the of the series.

Another Villain in Fairy Tail

Acnologia serves as the secondary villain in fairy tail. He and Zeref share a long history, and he is the reason why Zeref created the Alvaraze kingdom. Acnologia was originally a human who transformed into a dragon after bathing in the blood of many in the species.

This was a side effect of extensively using dragon slayer magic. But it was his twisted nature that made him a villain. Acnologia wants to reign supreme over the world and considers all other species worthless.

Acnologia was first seen in the Tenrou Island arc when his breath destroyed the island and supposedly the whole group with it. Although Zeref serves as the main villain in Fairy Tail, Acnologia serves as a close second because many of the decisions taken by multiple characters in the show were to kill him.

Zeref founded a kingdom to end him; Igneel and the other dragons decided to hide inside their adoptive children and travel to the future in an attempt to kill him as well. But the only one who was able to kill Acnologia was Natsu, reigning supreme as the son of the fire dragon king.