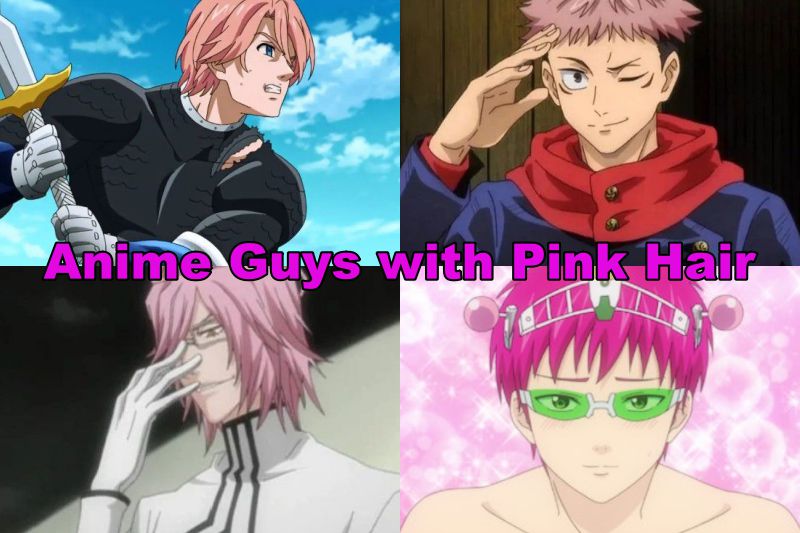 The color pink reminds us of our childhood and all the innocence and fun around it. When we see someone with pink hair, words such as cute and adorable instantly pop up in our minds. Pink hair is also in vogue with the rise of pop culture and is considered fashionable and chic.

Anime characters have spearheaded the trend of acrylic hair color. Characters often have a unique feature about them that sets them apart and highlights their personality. Hair Colors such as blue, pink, yellow, red, auburn, and many more can be seen in the anime world.

Pink hair is a common characteristic in many anime girls to highlight their feminity and softness, but many characters also show perverse and cunning attitudes in contrast to the color.

Pink hair has become common among male characters to highlight their energetic and funny attitude and to bring forth a contrast in their appearance and personalities that can be misleading. It has also been presented as a color for gender fluidity.

In this article, let’s look at the 15 most handsome anime guys with eye-catching pink hair. 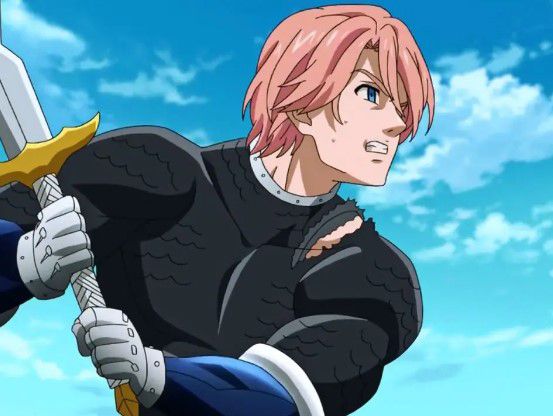 Gilthunder, a diamond-ranked holy knight, stands tall with light pink hair and bangs falling over his blue eyes. At the beginning of the series, he is shown to be cold and cruel and wreaks havoc across the kingdom.

He seeks revenge for the seven deadly sins to avenge his father and wants to kill all of them. But later on, it is revealed that he was behaving this way to protect Margaret, the woman he loves.

After Meliodas frees him, he becomes his kind and gentle self again. 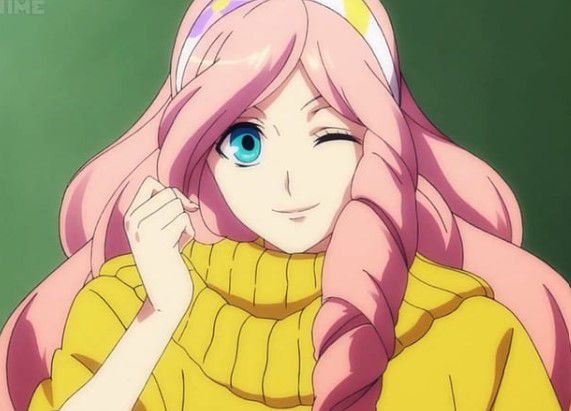 Ringo Tsukimiya has endearing and feminine features, thus making him a perfect cross-dressing idol. With blue eyes and long eyelashes, he wears a long pink wig.

The hair color compliments his playful and chic personality, but he can also be hot-headed and loves to toy with his friends. It is later revealed that he cross-dresses because his agency asked him to in order to get more work.

He removed his wig whenever he took classes. 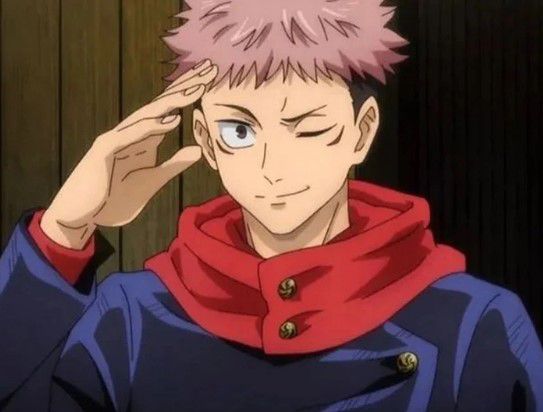 Yuji Itadori is the main character of the anime. He is of average height with a slim body, light brown eyes, and spiked pink hair. Energetic and passionate, he cares deeply for the people around him.

He is strong enough even to break down walls without using cursed energy and is one of the most talented students in the school. Pink hair highlights his caring and devoted self in contrast to Sukuna, who resides in him. 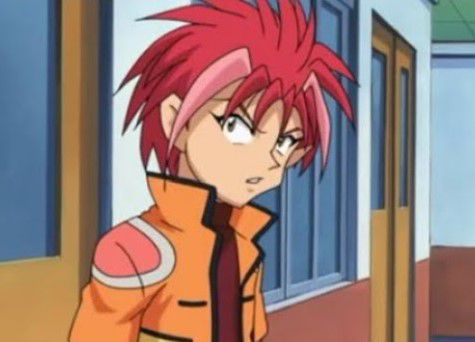 The leader of the team Shark Tooth, Gabu Samejima, is an excellent biker and owner of Bloody Fang. He has messy red and pink hair and brownish-yellow eyes, which gives him a troublemaker appearance.

Blessed with high intelligence and instinct, he is self-centered and disrespects other bikers. He hardly shares his thoughts with others. His aloof attitude hides his caring nature from others. 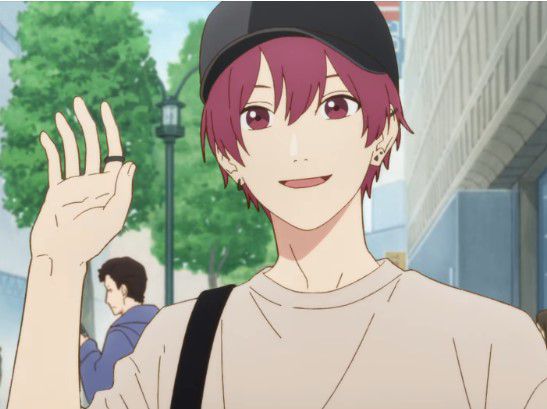 One of the dorks in the four-member group, Souma Shiki, is a nineteen-year-old boy. He is a vocational student studying in an art school.

A Cute-looking character with a positive attitude, he is clumsy and annoying most of the time. He works a part-time job and lives a simple, carefree life like other university students. 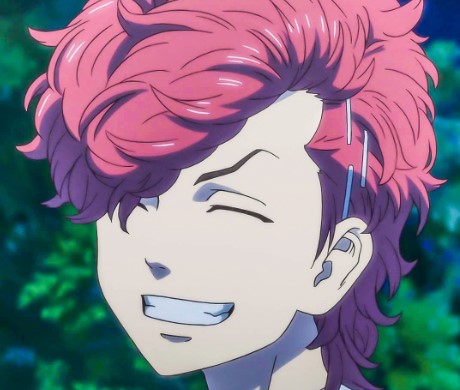 A Member of the Tokyo Manji Gang, Atsushi Sendo, shows high self-confidence. A standard schoolboy, he has curly pink hair in a regent style adorned with several hair clips.

His delinquent appearance stands in contrast to the strong sense of responsibility he has as a leader and his care for others. He was willing to replace his friend in a fight and also ready to kill to save his friends from slavery. 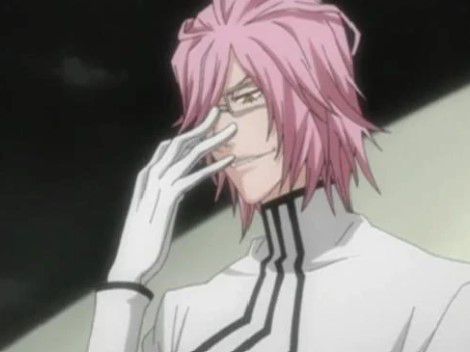 Tall and slender with shoulder-length pink hair and bangs, Szayelapporo is a devil disguised by his charming appearance. An Arrancar, he is the jailer of hell and a scientist with high intellect.

He is a sadist and treats others as no more than research materials.

Non-hollows are detestable to him, and he wishes for their annihilation. He takes great pride in his powers and can reproduce himself in someone else’s body, making him indestructible. 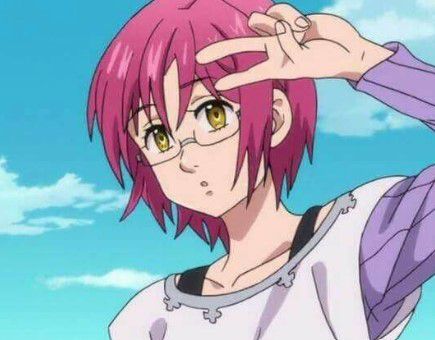 A doll created by the great Wizard in the likeness of his old lover, Gowther, has a feminine form and be easily mistaken for a girl. Former member of the ten commandments, he is now one of the seven deadly sins.

His attractive looks and delicate personality make him the Goat’s Sin of Lust. He has amber eyes and dark pink hair close to magenta. With Light-frame glasses and delicate features, he can change his appearance by changing his skin color and hair.

He cross-dresses at times as a woman to disguise himself. 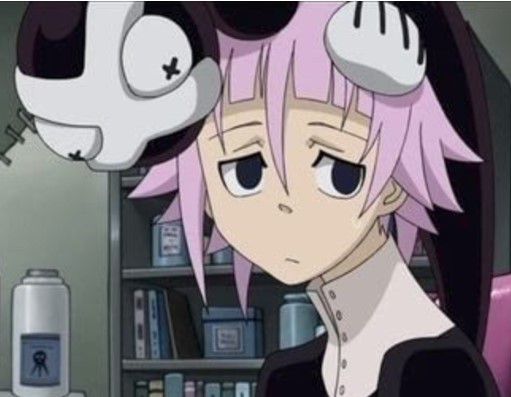 The infamous Demon Sword and son of the witch Medusa, Crona, is pessimistic, introverted, and lacks self-confidence. He wears his pink hair in a messy mushroom cut which goes with his gloomy look.

He has suffered abuse from his mother for a considerable part of his life which explains his submissive and nervous attitude. This abuse had led him to show signs of insanity and can prove dangerous in a battle.

He aims to become a Kishin in order to gain the approval of his mother and not be abandoned by her.

A babysitter at the daycare center at Morinomiya Academy, Usaida Yoshihito is the primary caretaker. He is tall and has shoulder-length pink hair tied in a small ponytail.

With an apron and Midori chan on his back, he gives off homely vibes. He is a lazy person with not much of a personal life. He is mostly sleeping in a crooked position and slacking about his duties but takes care of the children deeply.

His name was Midori Chan’s first word, even before she said, mommy. 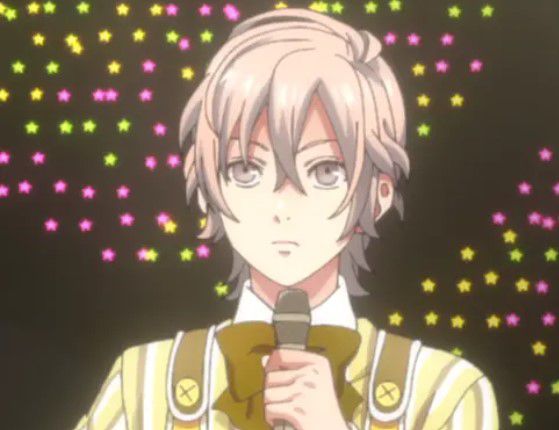 The youngest member of the Heavens Idol group, other members treat Mikado Nagi like a younger brother and take care of him. His light pink hair and grayish eyes complement his child-like appearance.

His appearance helps him to maintain a facade of a sweet and considerate person in front of his fans, but as soon as the cameras are off, he becomes abrasive and short-tempered.

Despite being a spoiled brat, his fan following matters to him, and he makes sincere efforts to win them over. 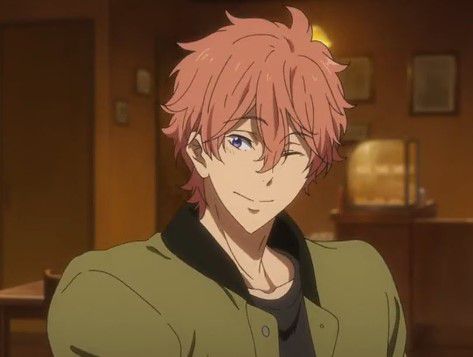 A former member of the basketball club of Iwatobi Junior High School, he is a tall university student with salmon pink hair and sharp eyes with a violet hue. An extrovert through and through, he enjoys playing tricks on his friends.

He is popular with his juniors as well and remains a strong supporter of the high school swimming club. 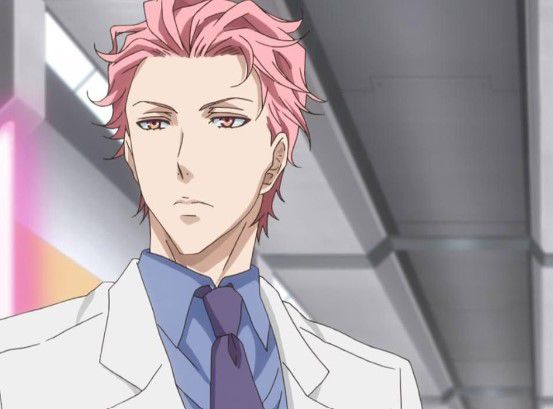 A gifted researcher and a wisecracker, Akari Dezart works as a doctor and researcher at the research tower. He is tall and pale with pink hair and peach eyes that somewhat conceal the proud and overbearing air around him.

Liked by the nurses for his good looks, he is equally detested by them because of his strict and rude behavior. He is identified by the government as an important person.

Despite his overbearing attitude, he bears no ill will toward others. 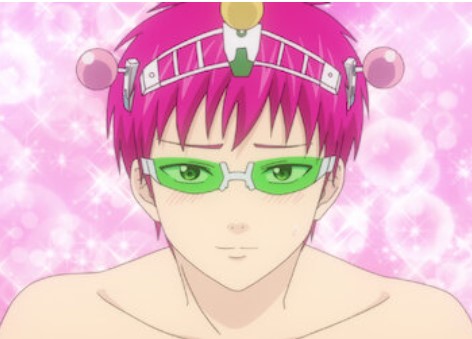 The hero of the series, Saiki Kusuo, takes a spin on the wheel as the series progresses. He has ho pink hair with two small antenna-like structures giving him a feminine appearance.

The control device on his head and green-tinted glasses keep his psychic abilities in check. He can transform into anything given to the powers he has but avoids getting into trouble.

He is a selfless and responsible character. Because of his sacrificing nature, he hates owing favors to others. 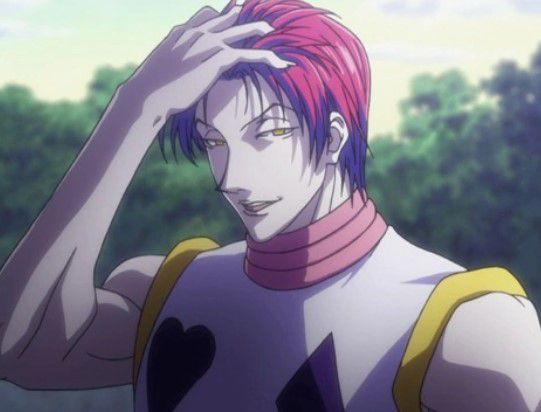 Almost looking like a clown, Hisoka Morow, has dark pink hair combed back, resembling a fire. His hair color completes his quirky costume, but his personality has no resemblance to the soft color of his hair.

He is selfish and has an insatiable desire to kill. On a constant lookout for strong opponents and a good fight, He toys with people and can kill anyone without any hesitation.

A star on the right cheek and a teardrop on the left is painted on his face signifying the kind the person he is.

Hair color can be a determinant of someone’s personality or a misleading trap to lure one in. Many anime characters embrace pink hair color to give a bright and charming touch to their character, and many stand in sharp contrast to what the color signifies.

Each of the characters on the list had different personalities, but they successfully slayed the pink hair look.