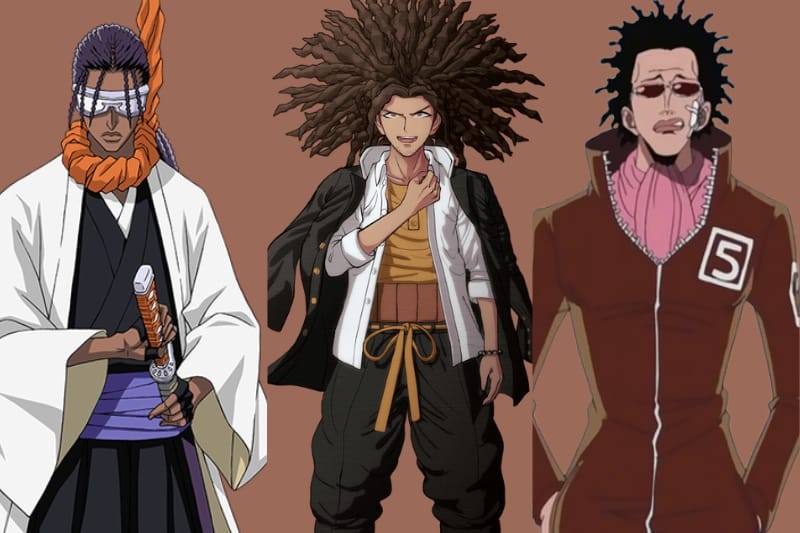 Several anime series introduces a large number of anime characters every year. Some anime characters have stunning facial features, while others have remarkable hairstyles. Anime characters with dreads are the one who gets lots of attention from fans. The hairstyle plays an essential role in giving them unique and attractive looks.

Dreadlocks, braids, splits, single-color, and multi-color hairstyles are different types of hairs that give them a distinct appearance. In this article, we talk about the Top 15 anime characters with dreads as of 2022, even though they are male or female. So, without any further delay, let’s just get down to the list.

15. Zaynab (Magi: The Labyrinth of Magic) 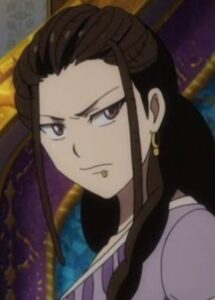 Zaynab is one of the minor characters in Magi: The Labyrinth of Magic. She is the most loyal subordinate of Cassim, alongside her husband, Hassan. She has an attractive, slender body with unique dreadlocks.

Zaynab was a very cold-hearted woman and had a bad habit of smoking. She is a former member of Fog Troupe, a group of thieves who try to infiltrate the mansion where Aladdin and Morgiana held. 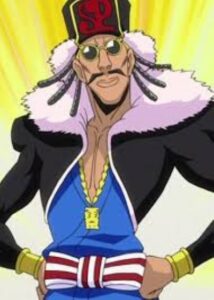 Don Kanonji is a minor character in the Bleach anime and manga series. He is a well-known spirit medium who hosts the television show Casual Soul Realm Assault Trip.

Don Kanonji is a tall and trim man with deep-set eyes and a mustache. Despite having a unique and fancy look, he does not look attractive at all. He also has one of the best anime characters with dreads, who also wears spectacles and a variety of luxurious outfits and hats. 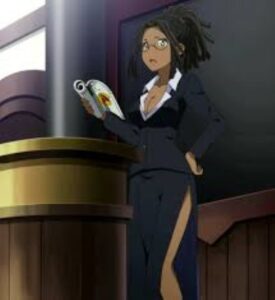 Mira Naigus is one of the powerful demon weapons in the Soul Eater anime series. She is a tall black woman with an attractive body and a black dreadlock hairstyle. She frequently changes her outfits and appearance depending on the occupation she has.

Mira is primarily seen in a nurse’s outfit and a mummy’s look in which her whole body is wrapped around by bandages. She is one of the ideal anime characters with dreads that fans like the most. 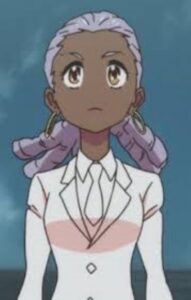 Rei Hououmaru is one of the minor antagonists in the Kill la Kill anime series. She did all types of work for Ragyo, the series’ main antagonist, without knowing her hidden agenda.

Rei is a cute anime girl with dark-complexioned and purple dreadlocks. She is capable of recreating herself and enhancing her speed by using her unique ability. 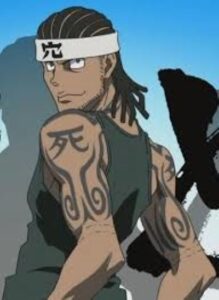 Sid Barrett is one of the minor characters in Soul Eater anime series. He is one of the few highly ranked instructors at Death Weapon Meister Academy. He has a powerful demon weapon partner known as Mira Naigus, which he uses against enemies.

Before being killed and resurrected as a zombie, he was a dark-skinned young man with a muscular body and black dreadlocks. He also has unique Japanese tattoos on both of his arms. 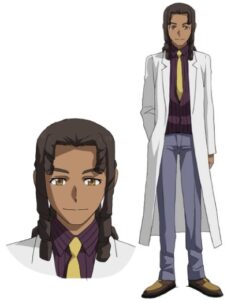 Nils Yajima, formerly known as Nils Nielsen, is a supporting character in the Gundam Build Fighters anime series. In his very first appearance, he already shows that he is only interested in science.

Nils is a dark-skinned young man with impressive black dreadlocks. He only played Gunpla Battle in order to learn about the Plavsky particles rather than for thrills or fun. However, he gradually took an interest in Gunpla battles just after his fight with Sei and Reiji. 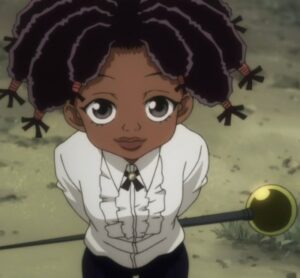 Canary is an apprentice butler for the Zoldyck family. She is a minor character in the Hunter x Hunter anime and manga series. She is a dark-skinned young girl and has a round face, a short nose, thick lips, and gray eyes.

Canary has dark purple dreads, which were pulled back into thick bunches. Her hair was also knotted with a string at the tip that gave her the appearance of stars. She usually wears a three-piece black suit, just like other butler uniforms. 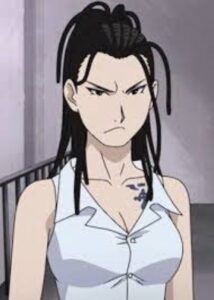 Izumi Curtis is a supporting character in the Fullmetal Alchemist anime and manga series. She is the instructor of Edward and Alphonse Elric, who agreed to train Elric’s brothers in alchemy after their mother died.

Despite her age, Izumi is quite an appealing and deceptively young-looking woman. She is relatively tall and fair-skinned, with dark eyes and a slim figure that is curvaceous but well-toned. She wore her upper back-length black hair in box dreads. 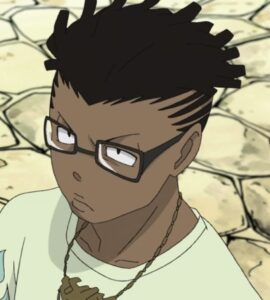 Kilik Rung is one of the significant characters in Soul Eater anime and plays a major role in the Witch Arc and Salvage Arc. He is one of the most powerful students in his school with the superpower of fire and thunder.

Kilik Rung is a dark-skinned young boy who always wears a pair of glasses. His hairstyle is quite unique, with the combination of short dreadlocks and cornrows lining the sides and back. Due to being so powerful and having an amazing hairstyle, he is considered one of the most popular anime characters with dreads. 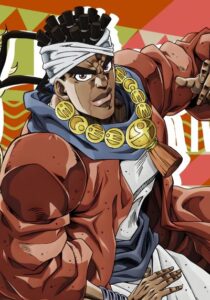 Avdol is a black man with stylish dreadlocks. He has an above-average height and a well-built physique. His fashion sense is quite different, and he wore a heavy overcoat of a light color with elbow-length sleeves. He also possesses incredible strength and powerful magical abilities, such as using flames against enemies.

5. Cassim (Magi: The Labyrinth of Magic) 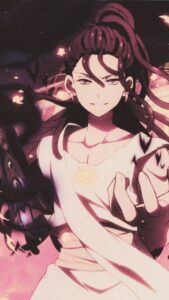 Cassim is a primary antagonist in the Magi: The Labyrinth of Magic anime and manga series. He was an old friend and Alibaba Saluja’s adoptive brother. He is the person who appoints Alibaba to lead the Fog Troupe.

Cassim was a young man with golden eyes and black dreadlocks styled in a half-ponytail. He is of average height and is dressed in slum rags. He appeared to be wearing the same tiny earrings as Alibaba. Due to having a fantastic dreadlock, he is known as one of the coolest anime characters with dreads. 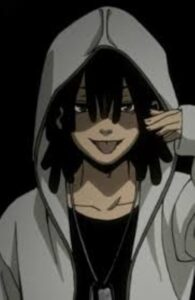 Doug is one of the main characters in the Gangsta anime series. He is a young guy of pretty small stature. He has freckles running between his cheeks and light brown skin. His long brown hair has been styled into dreadlocks and covers some of the right sides of his face.

Doug also belonged to the Paulklee Guild and was a highly respected Twilight in the entire series. He also has significant expertise in using a pair of knives against multiple opponents. He is known as one of the popular anime characters with dreads due to his badass personality and impressive dreadlocks. 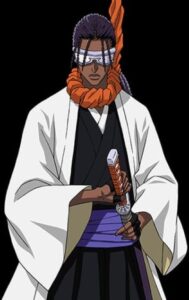 Kaname Tosen is a significant antagonist in the Bleach anime and manga series. He was the former captain of the Gotei 13’s 9th Division until he betrayed Soul Society. He had a black skin tone, and his hair was dark brown dreadlocks.

Kaname has been blind since birth and has pale lavender eyes without pupils. He wore his captain’s haori over the original Shinigami uniform and rolled up his sleeves up to his shoulders. 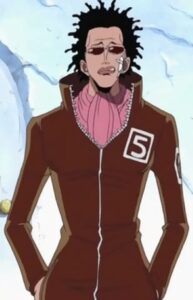 Mr. 5 is also popularly known as the Gem of the Border. He was a primary antagonist in the Whisky Peak Arc and a secondary antagonist in the Little Garden Arc of the One Piece anime and manga series. He is a tall, dark-skinned man with short, spiky dreadlocks that are black in color.

Mr. 5, along with his partner, Miss Valentine, were previously the lowest-ranking officer agents in Baroque Works. He always wears a brown trench coat, a pink cravat, and a pair of sunglasses, regardless of the time of day. 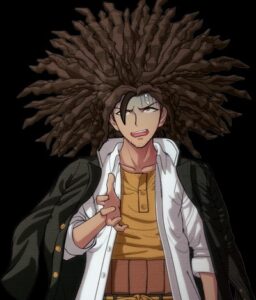 Yasuhiro Hagakure is one of the Danganronpa franchise’s six main characters. He is known as the Ultimate Clairvoyant. He has dark brown dreadlocks, which seem like a huge bucket of long grass.

Yasuhiro usually wears a three-layered dress consisting of a green jacket, a rough white shirt, and a short yellow shirt. His personality is quite cheerful, although he does not have a single friend. Because of his unique black dreadlocks, he is known as the best anime character with dreads.

We’ll conclude this post by discussing each anime character on the list. We prepare this fantastic list of anime characters with dreads on the basis of their popularity and role in their respective series.

Each of them has unique looks and attractive hairstyles that you will undoubtedly like. They also play a significant role in their own series and leave an indelible mark on the hearts of fans.

We hope you liked and enjoyed this fantastic list of anime characters with dreads. Stay tuned for more amazing lists and interesting anime write-ups.