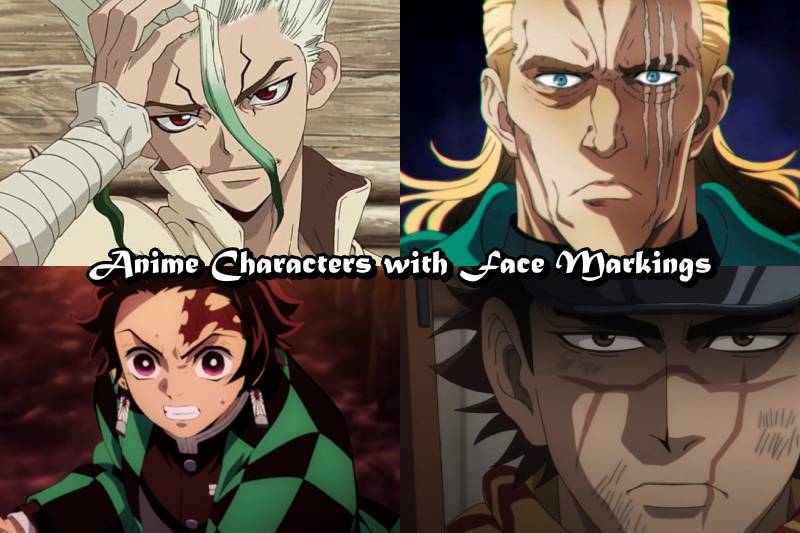 When it comes to face markings, everyone can agree that they look pretty damn cool. It can be birthmarks, mysterious sigils, or other tattoos; several anime characters have face markings. Many a time, such markings are a vital piece of loss related to character. Other times, it is an interesting design choice, chiefly on the part of the mangaka. 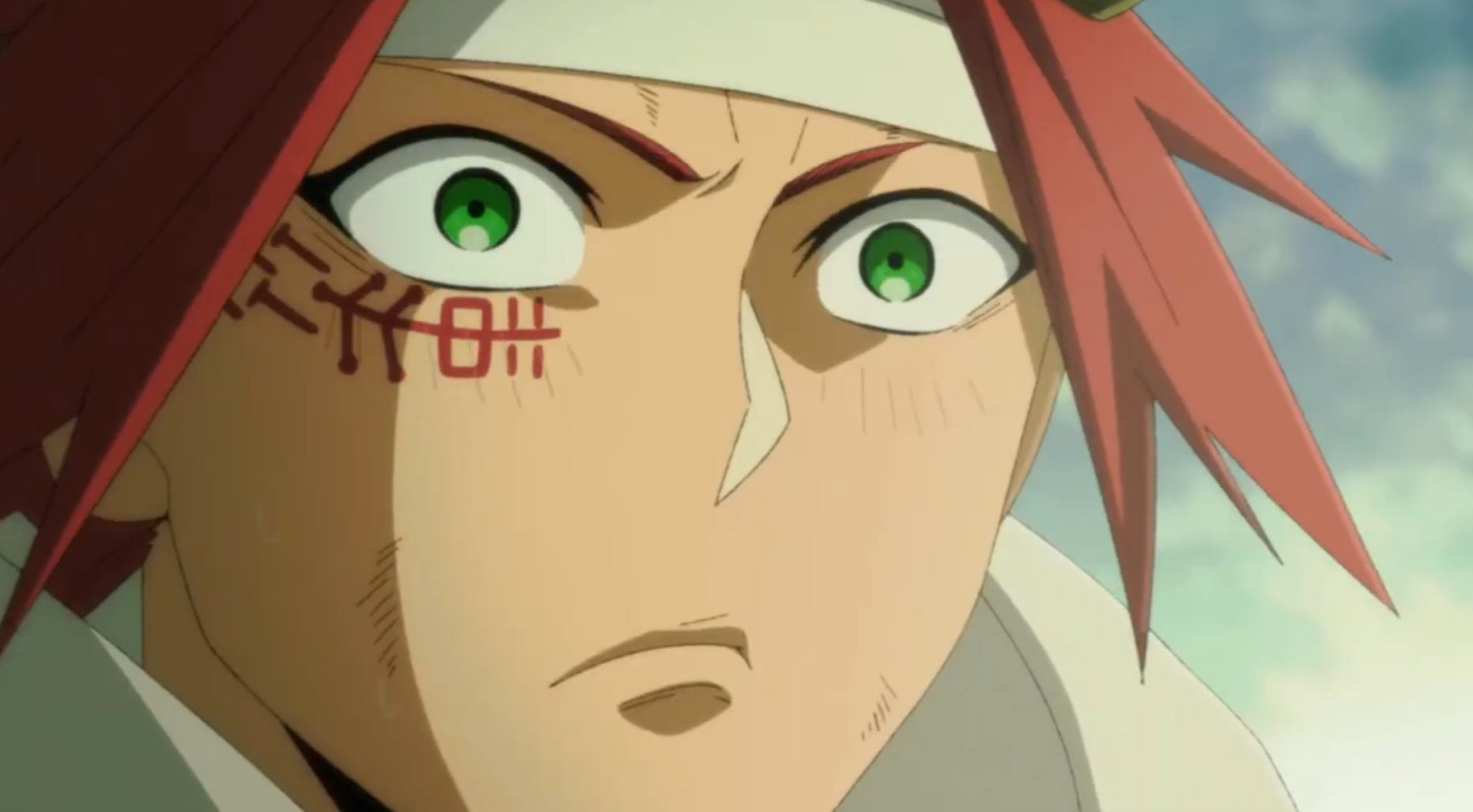 The first one on our list of anime characters with face markings is Bisco. Just because of the effects of the Rust Esteem, he is considered to be forever young and immortal.

While watching Sabikui Bisco, you can see a pair of cracked goggles on his head. Emerald eyes and spiky crimson are two of the features which attract viewers.

Apart from those features, there is a red tattoo, which can be seen under his right eye. However, it is unclear what it means or what it is, but it adds to his overall aesthetic. 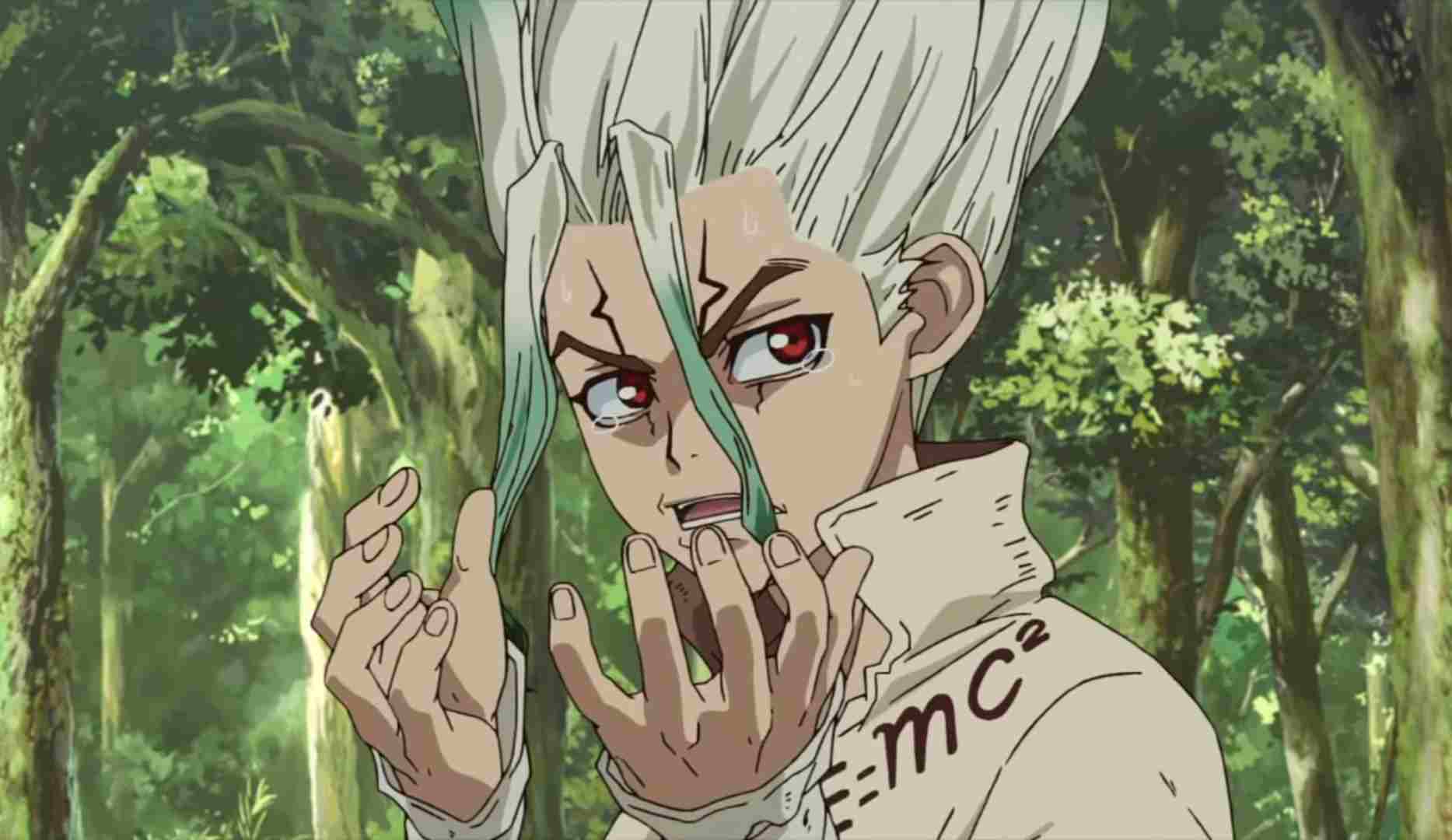 In this list, you can consider Senku as the coolest anime character. His high logic and confidence are unbeatable, which makes him a straightforward individual. Apart from being a weak and slim young man, Senku is backed up by a substantial underlying knowledge of science.

While talking about his facial markings, there are two of them present on Senku’s face. You can see them in the form of symmetrical diagonal lines present on top of his inner eyebrows. All over his scar looks dope, just like two lightning bolts. You can watch Dr. Stone and get to know more about this character in detail. 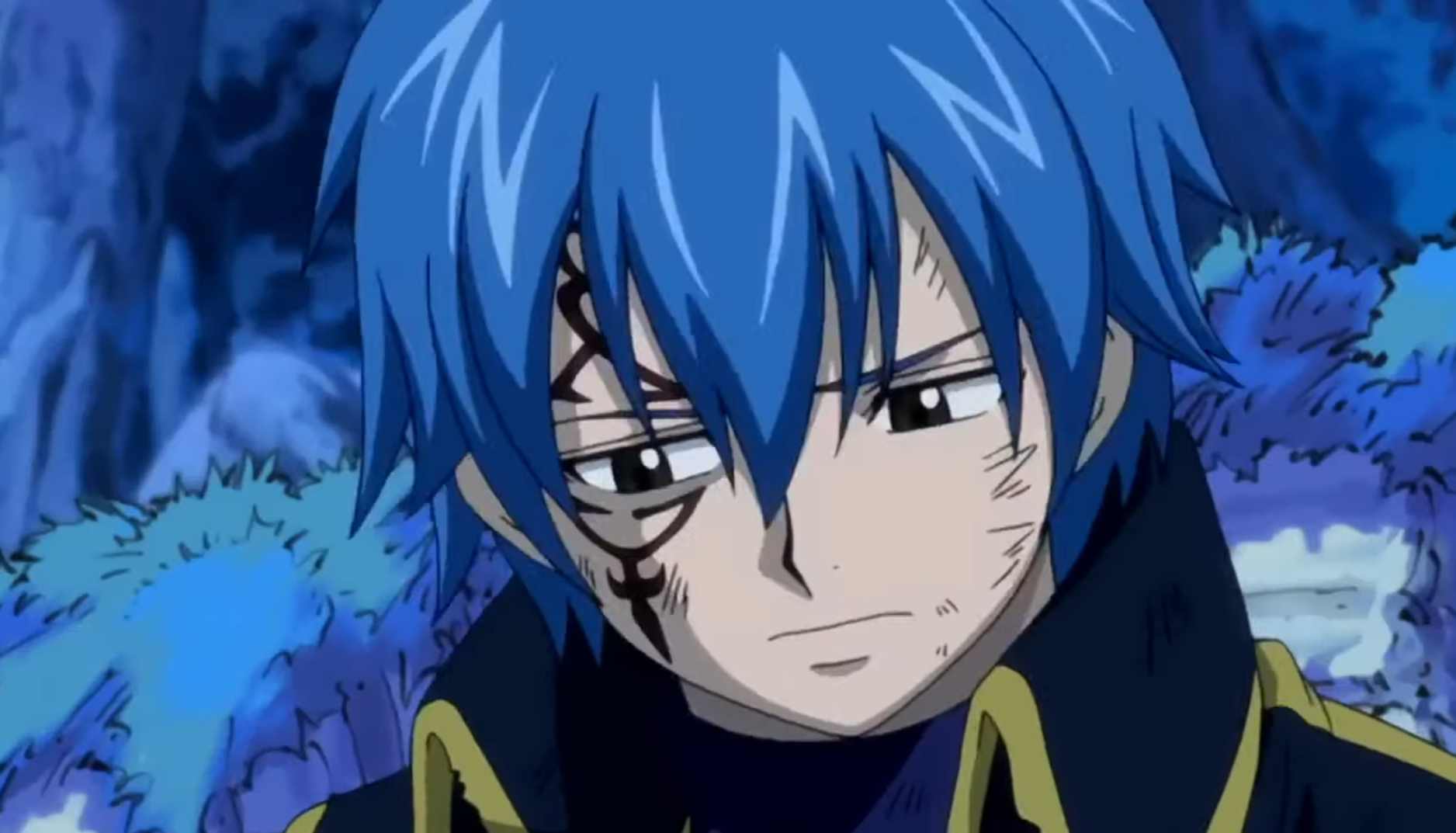 This cute character remains optimistic and cheerful despite his disposition as a slave. In comparison to other characters, Jellal was a kind boy who deeply cared for his friends. However, his blue color hair is something that gives his looks a striking feature.

One more thing to notice in Jellal is a red tattoo under and above his right eye. Even if it is covering half of Jellal’s face, it still looks stunning. Being a fan of this fantasy fiction, we conclude that there is no such specific reason to get this mark. 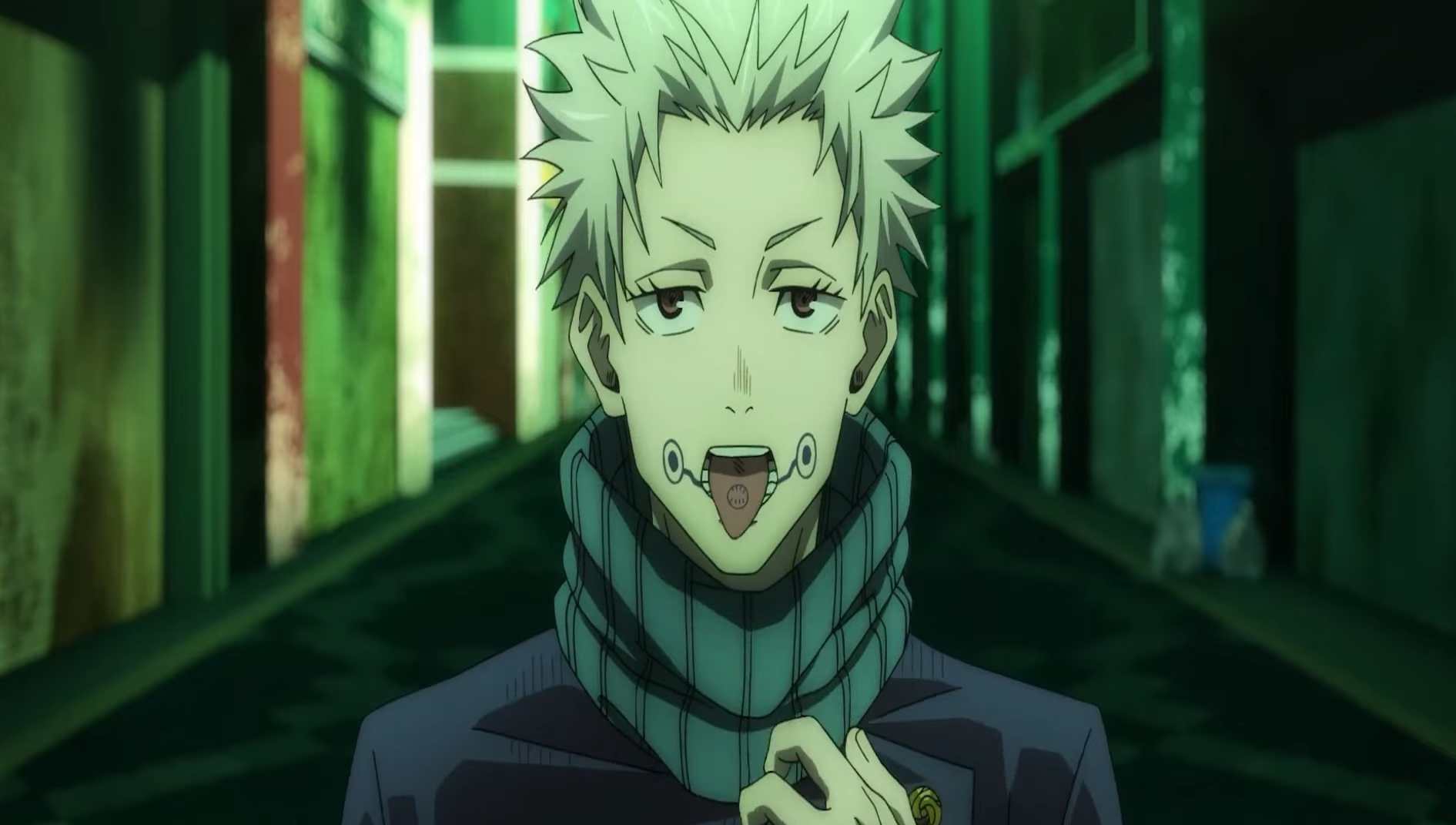 While talking about Toge’s looks, he is portrayed as a slim young man with off-white mid-length straight hair. In our list, this character has somewhat cool markings, which makes him more attractive. Yes, we are talking about a prominent feature on his mouth and tongue which are the seals of Snake and Ganga.

However, such kind of sigils is used when someone wants to use cursed speech. If you’ve watched Jujutsu Kaisen then you’re familiar with the Inumaki family. In this case, Toge is a descendant of this family. 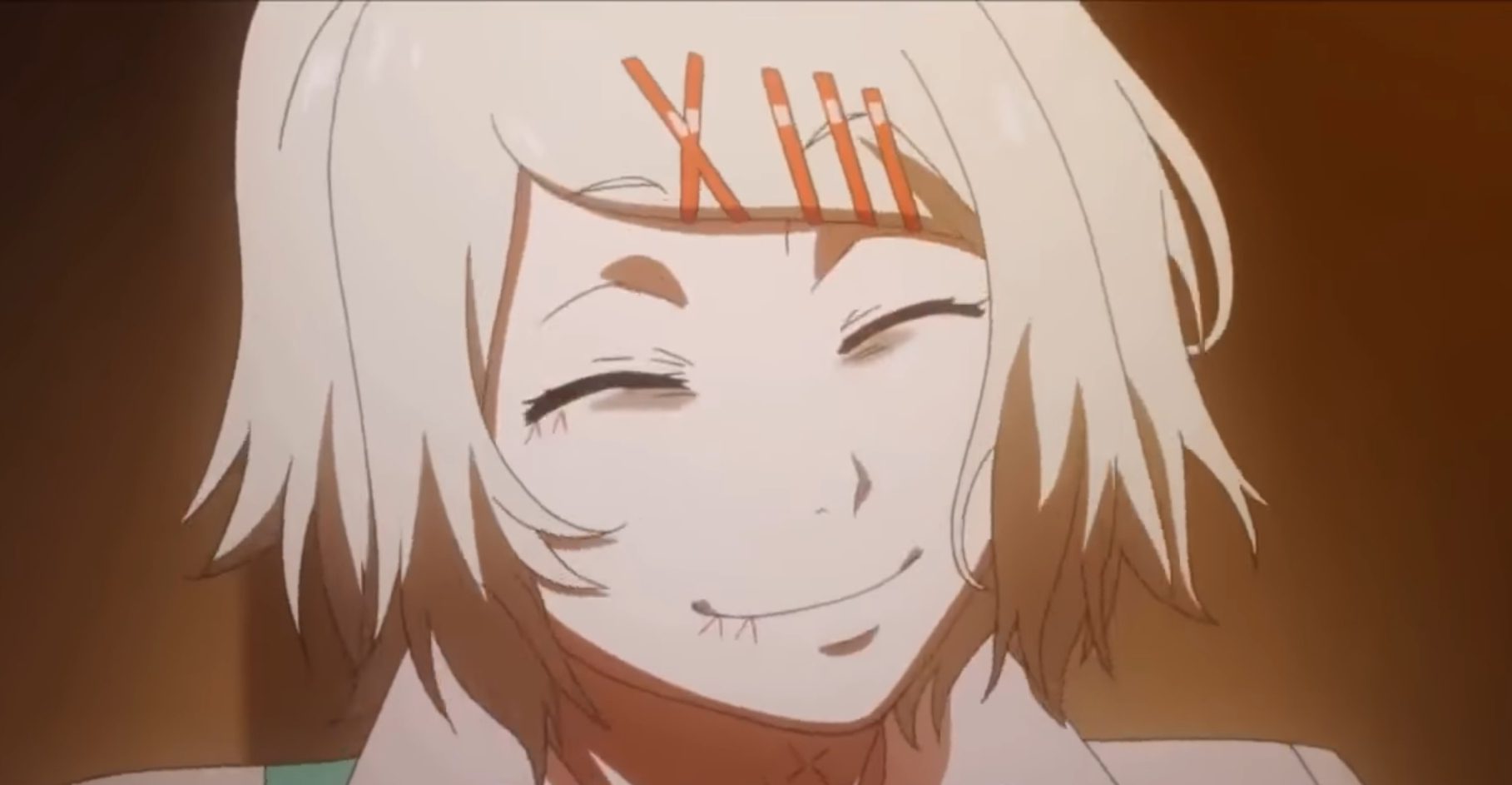 When someone talks about Tokyo Ghoul, no one can forget the markings of Suzuya. His pure shoulder-length white hair and pale skin give him a childish look. While watching this series, you’ll get to know how the treatment of Big Madam made him feel pain or fear no longer.

Even you can see his body can be self-stitch, which indicates a type of body modification. As in the image, you can see red thread’s miniature set stitched below the right eye. Have a look at his bottom lip and upper neck downward, which have stitched lines of thread. 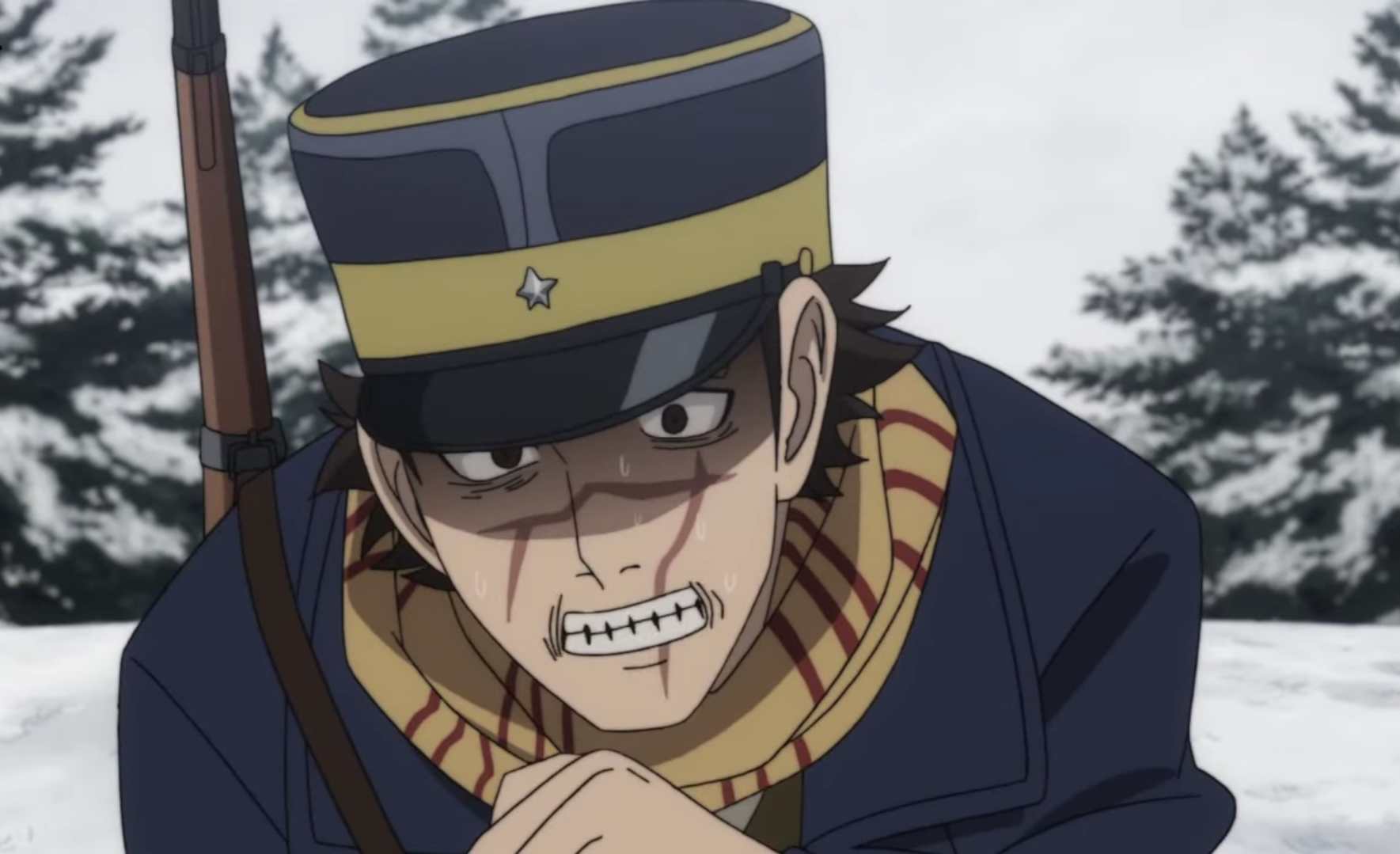 The next one on our list of anime characters with face markings is Sugimoto. Just look at his muscles, they give a perfect look with brown eyes. However, his most significant feature must be his facial scars.

Let’s talk about their presence on his cheeks. Two of them run down vertically and parallel on that part. Meanwhile, just like a tree branch, one more strays. When you watch Golden Kamuy, it will be revealed that his whole body is covered with injuries and deep scars.. 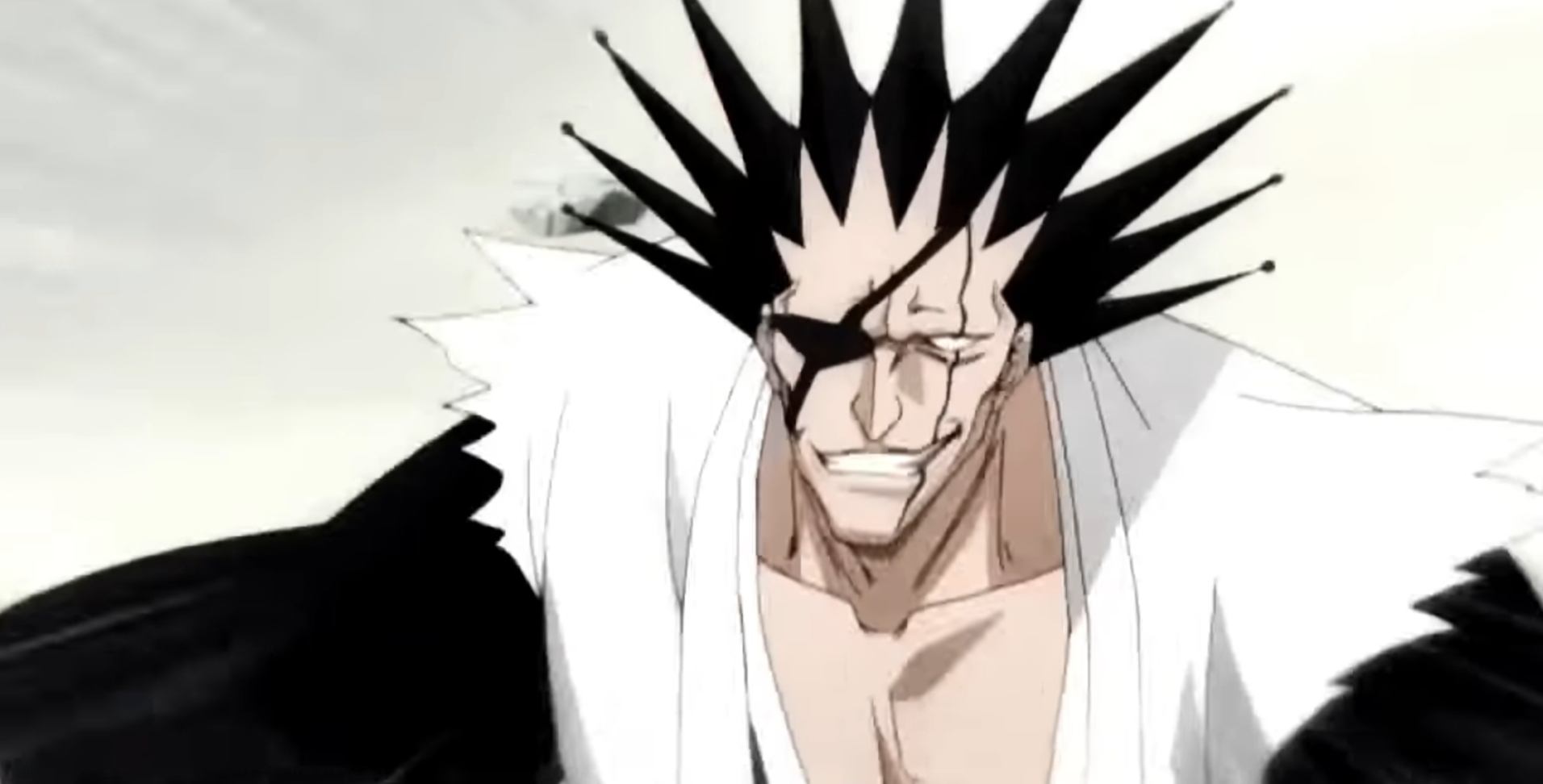 While talking about face markings, no one can forget Kenpachi from Bleach. Being a muscular, tall Shinigami gives him a wild appearance. If you’ve watched this series, then you might be familiar with his love for fighting. This shinigami allows his enemies to surrender, which fits his personality.

When he was a child by Return Unohana, he got a noticeable trait. That trait is nothing but a thin, long scar running across his left eye and the left side of his face. 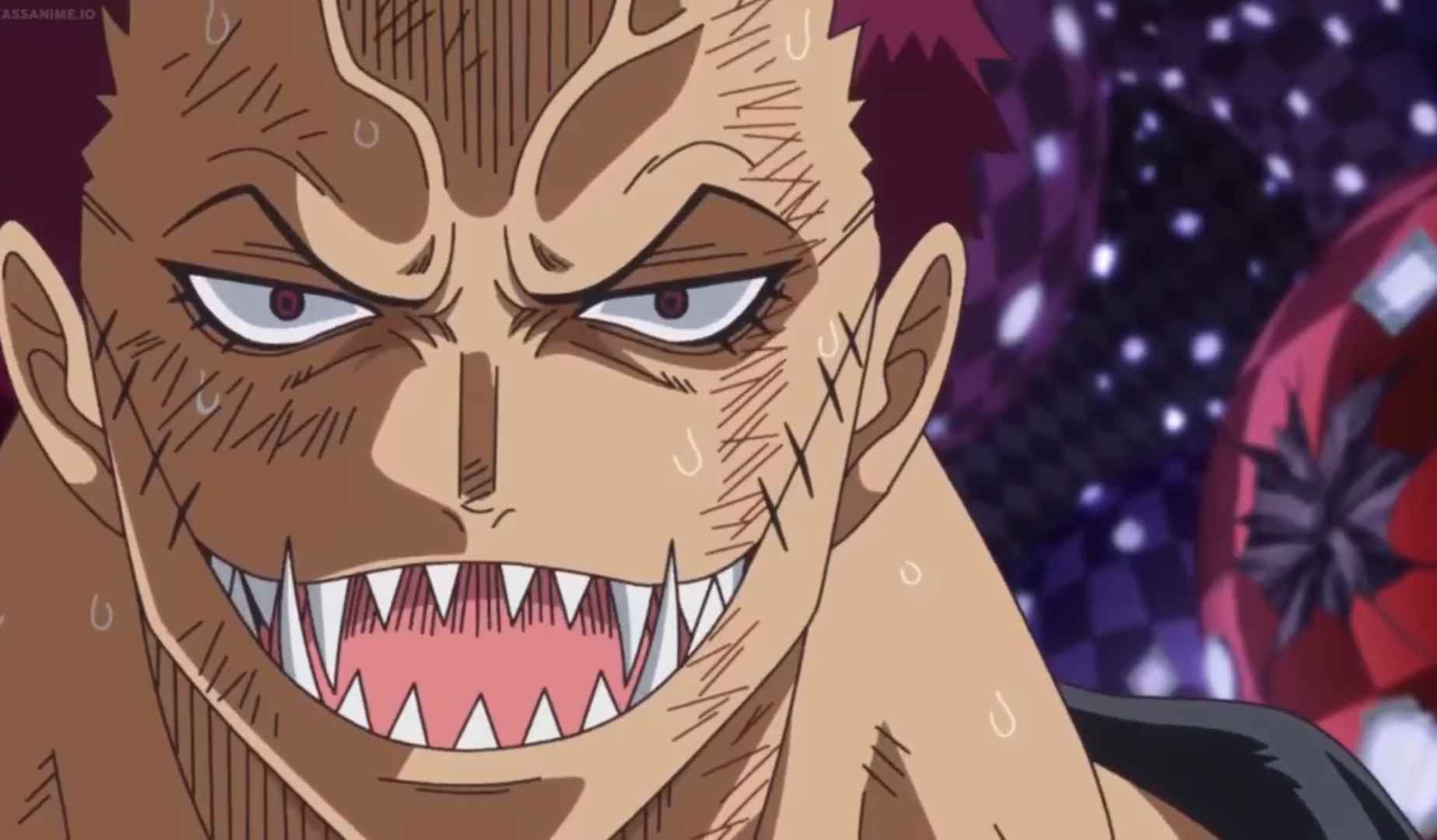 Charlotte Katakuri is another character taken from One Piece. At first sight, he looks like a monster because of being muscular and tall. Even his thighs are equally long, just as his lower limbs make him look dangerous. But he is a very caring man and can even sacrifice himself for his family. Katakuri is a definition of a true man. 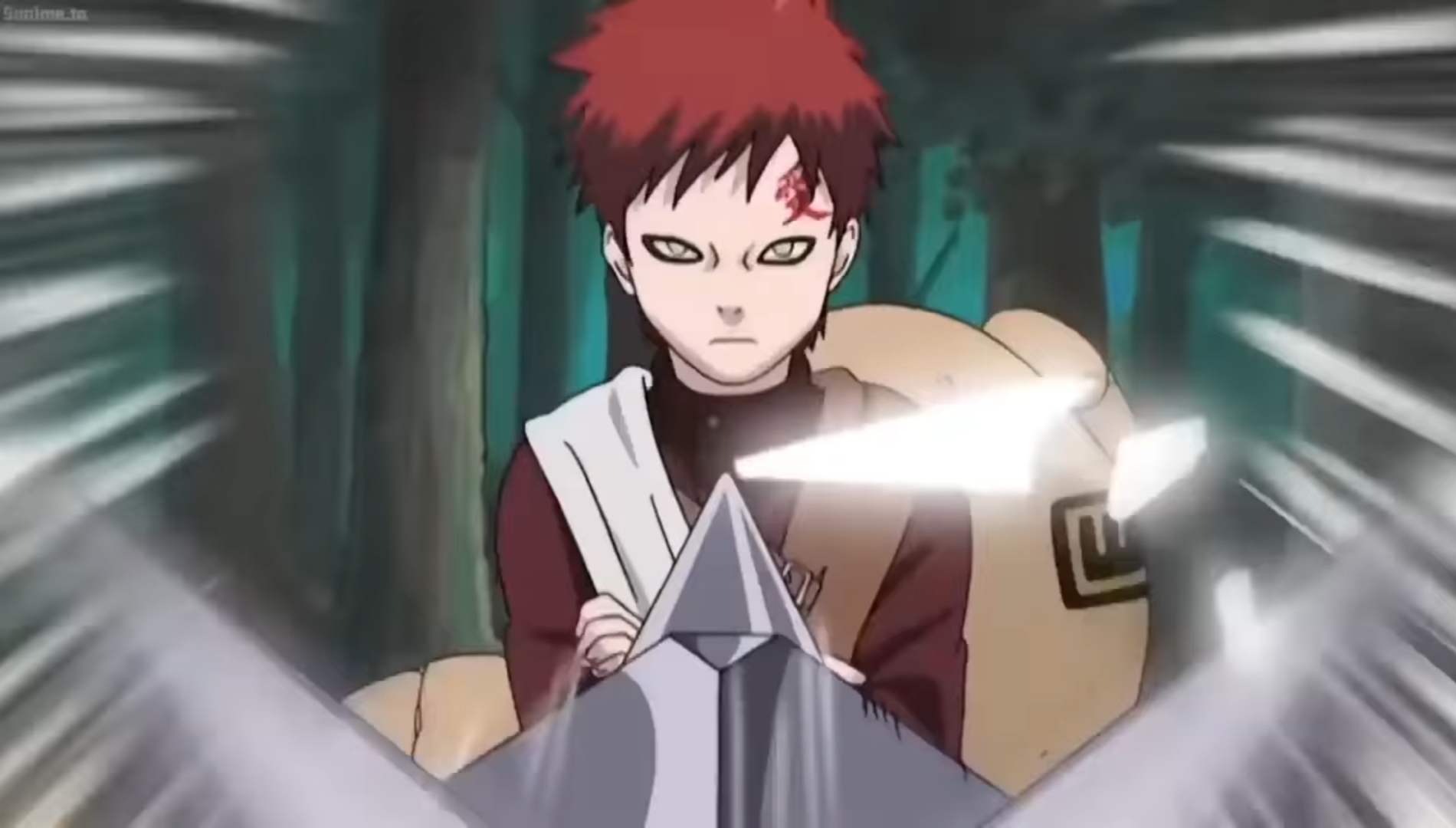 Many a time, not every mark has been super meaningful, but the Gaara has quite the story behind that mark. Just because he possessed the One-Tailed Shukaku inside him, every villager used fear and ostracize him. Gaara suffered from a range of negative experiences, which resulted in him having self-doubts about himself.

Have a look at that tattoo it is something that constantly reminds him that he is a demon who loves himself. You can watch Naruto to know how Gaara learned that he is enough alone. 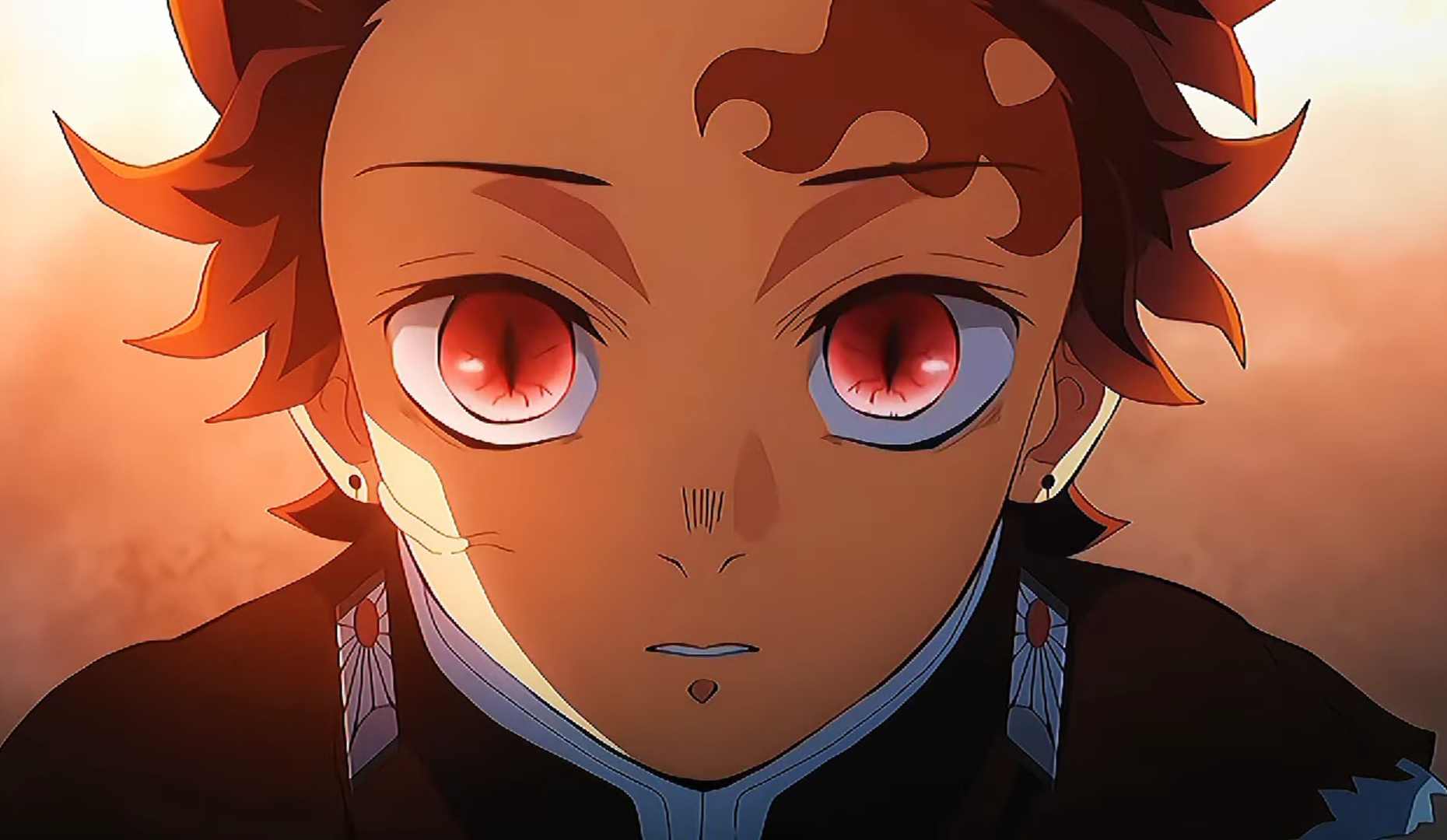 While talking about Demon Slayer, how one can forget Tanjiro? Aside from his Hanafuda earrings and checker-print kimono, the other thing which makes him unique is his mark. If you’ve already watched this series, then you might know when it was seen first.

Originally, the mark looked just like a graze until his fight during the Final Selection with the Hand Demon. Later, it turns out to be a Demon Slayer Mark that looks like a flame pattern. 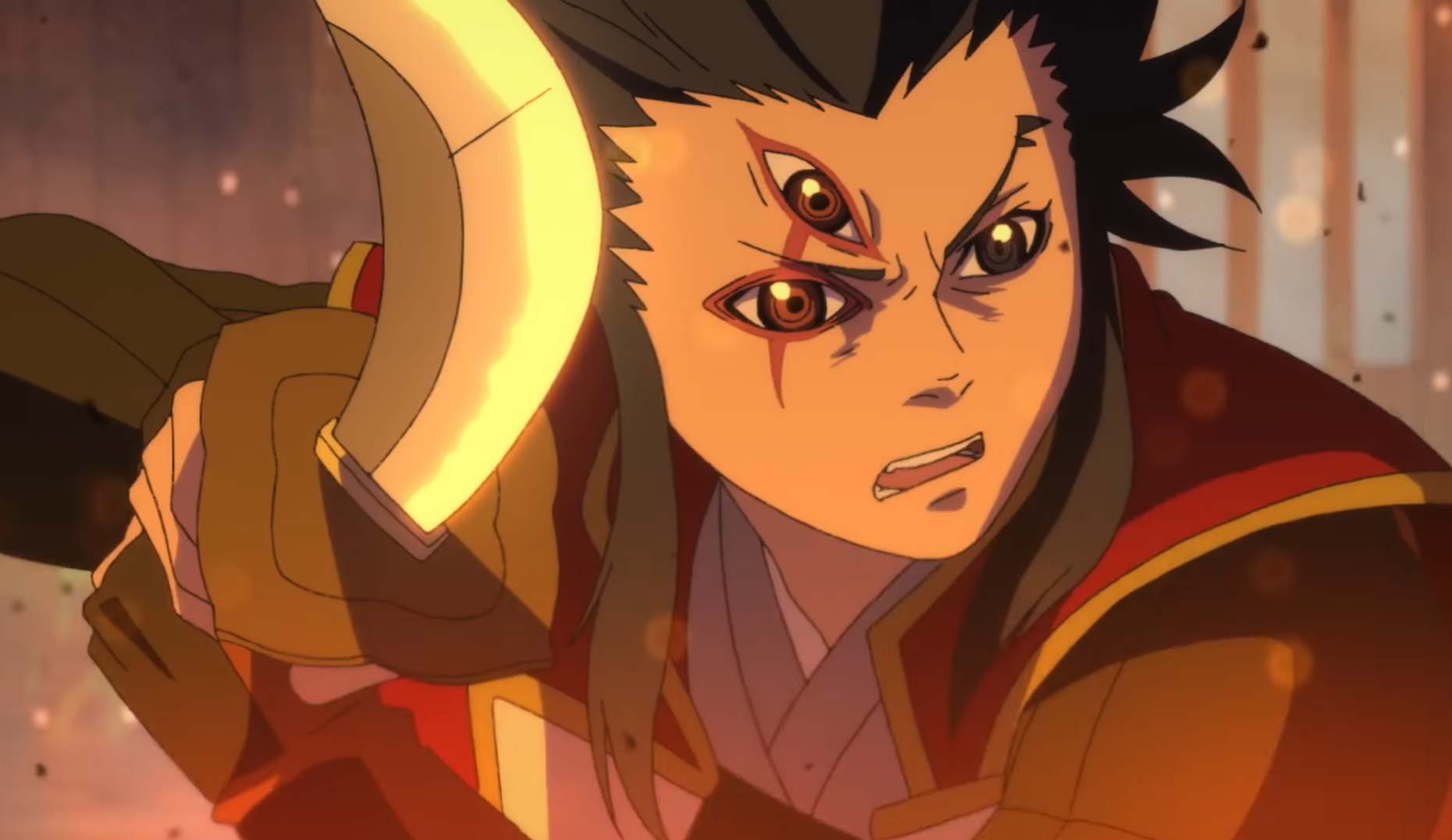 When he was an adolescent, he wanted to be perfect for his parents. As an attention seeker, he ended up doing dangerous things many a time. Apart from that face marking, Tahomaru even has a heart-touching backstory.

In the series, it was his elder brother who defeated and humiliated him due to which he lost his right eye. You can see a mark on his eye, it was because of getting slashed. One more mark is on the forehead, which was the result of getting slashed by Hyakkimaru. However, his third eye gives his face a striking look. 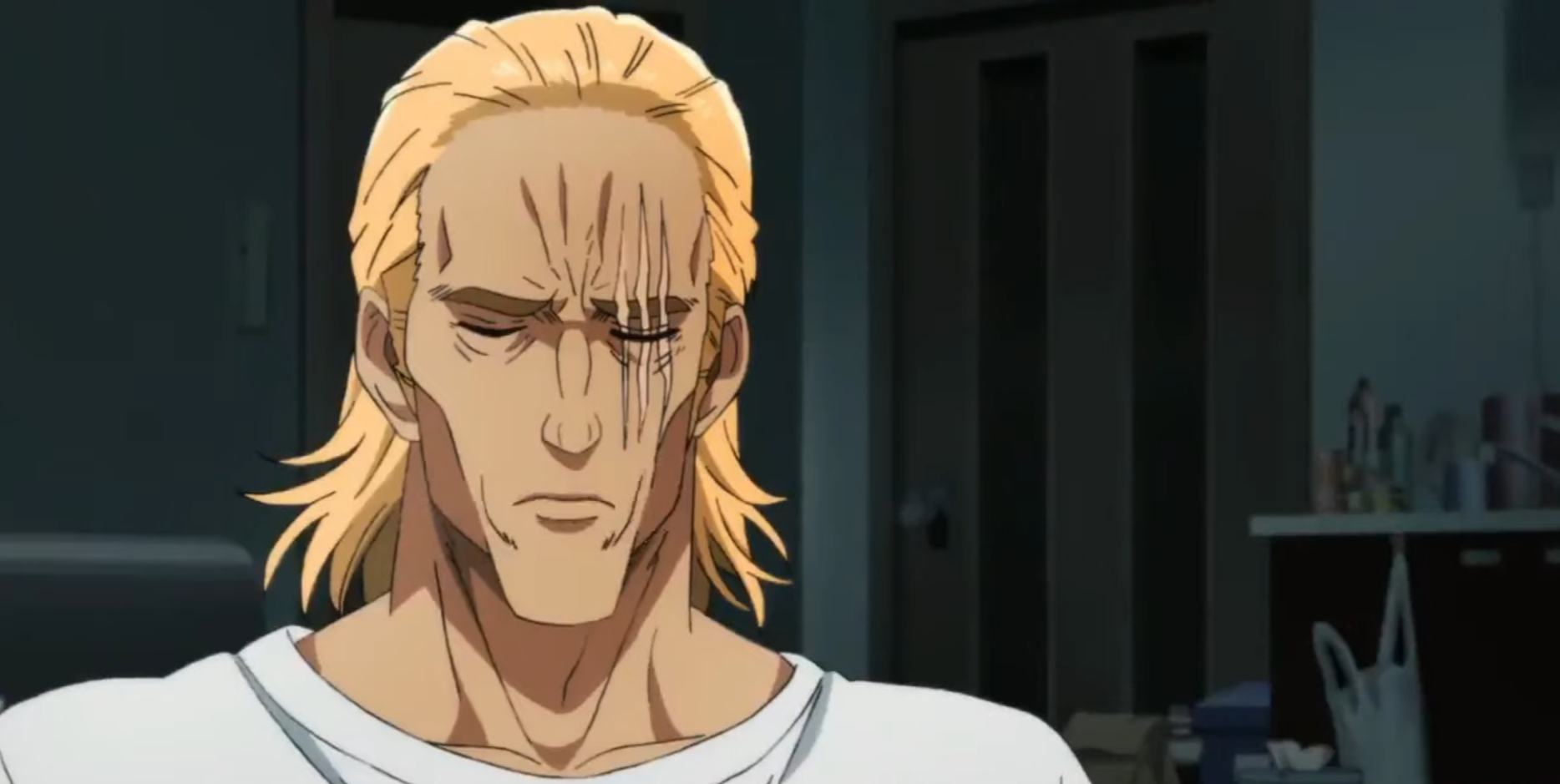 At first sight, King seems to be a dominant character because of being tall and bulky. He is noted to be a serious person who intimidates people. However, when you watch One Punch Man, then you will get to know his true identity. He is really a good and clever man.

As he seems like a guy full of courage, skills, and determination. But you’re wrong because he is just the opposite and runs from a battle. Over his left eye, you can see three vertical scars, which are notorious features. But he knows what to do when the situation gets out of hand. 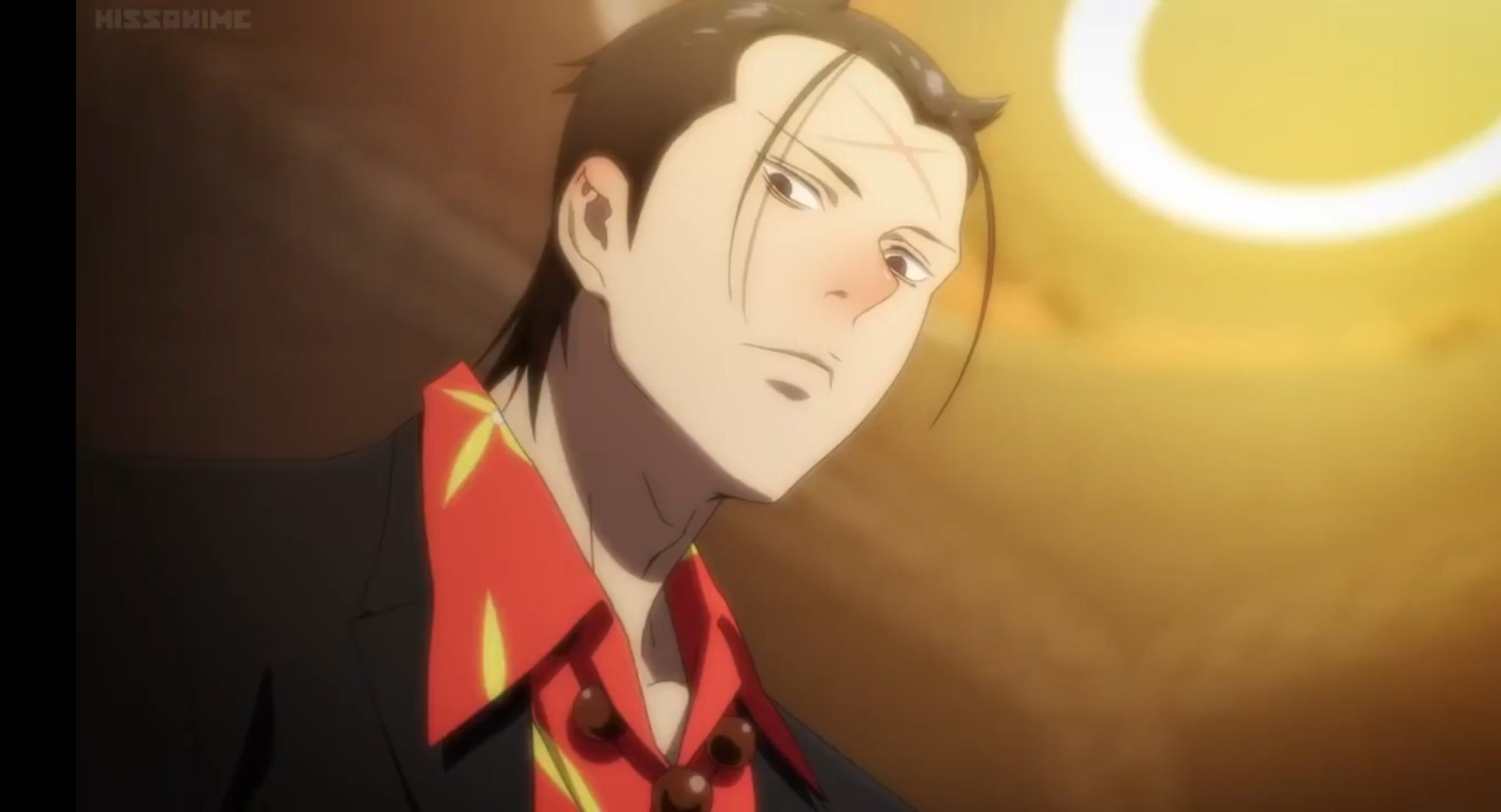 Anime: The God of High School

Mubong is one of that people who is ambitious and can cross any limit just to achieve his aim. In the series, you can see there is an X-shaped scar right on his forehead. It was the scar given to him by Jin Tejin.

On the other hand, there is the semblance of a large scar. It can be seen on the right side of Mubong’s face. You can watch The God of High School and know about his god powers in detail. 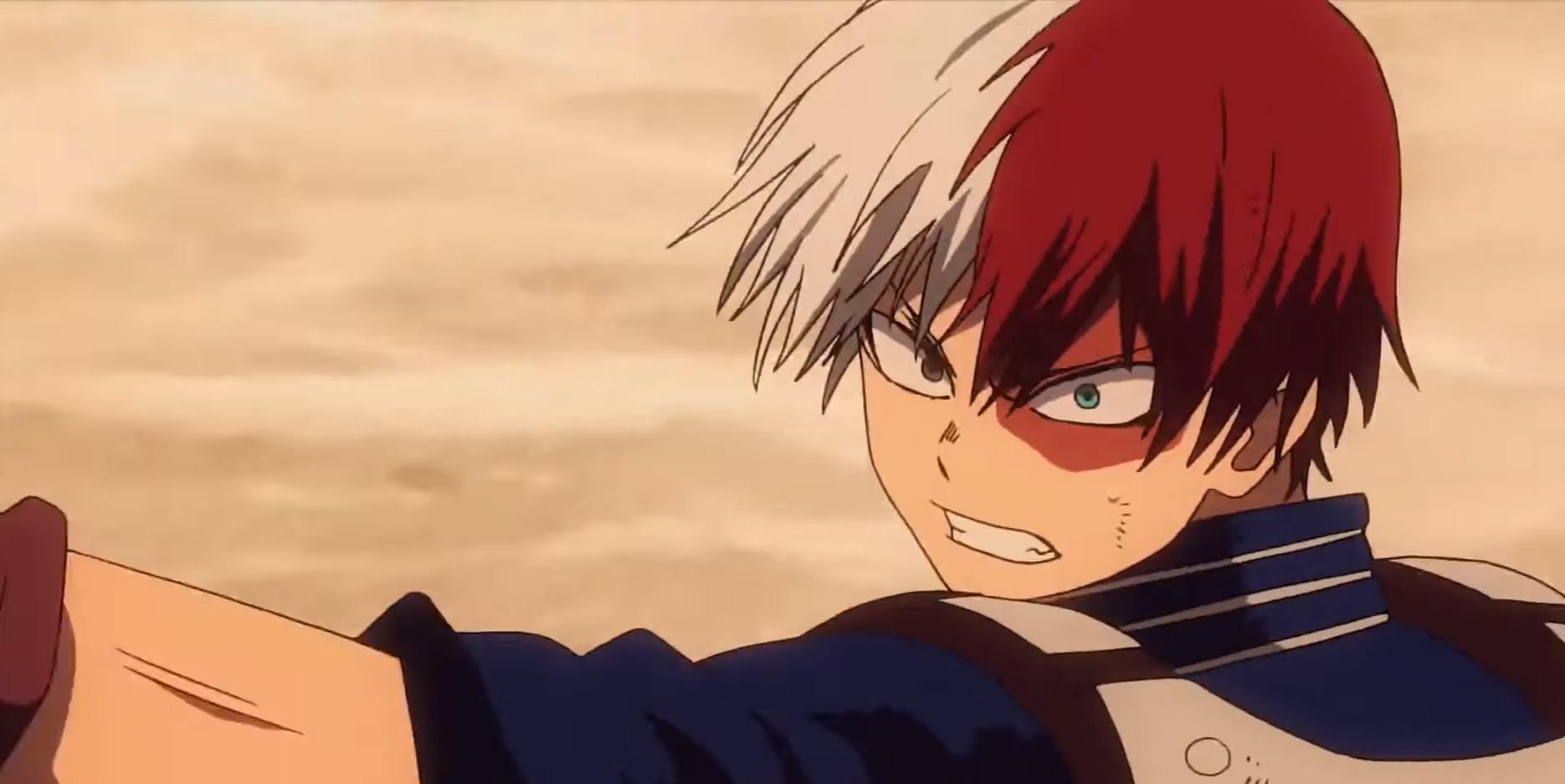 Shoto from Boku no Hero Academia is one of the coolest characters in the series. He is portrayed as a young man who exhibited an aloof and cold attitude for keeping it to himself. As everyone has their kind side too, the same case goes with the Shoto.

However, his complicated home life was the result of his distant behavior. When Shoto was a child, he took boiling water to the face. Also, his burned side corresponds chiefly to his fire quirk. 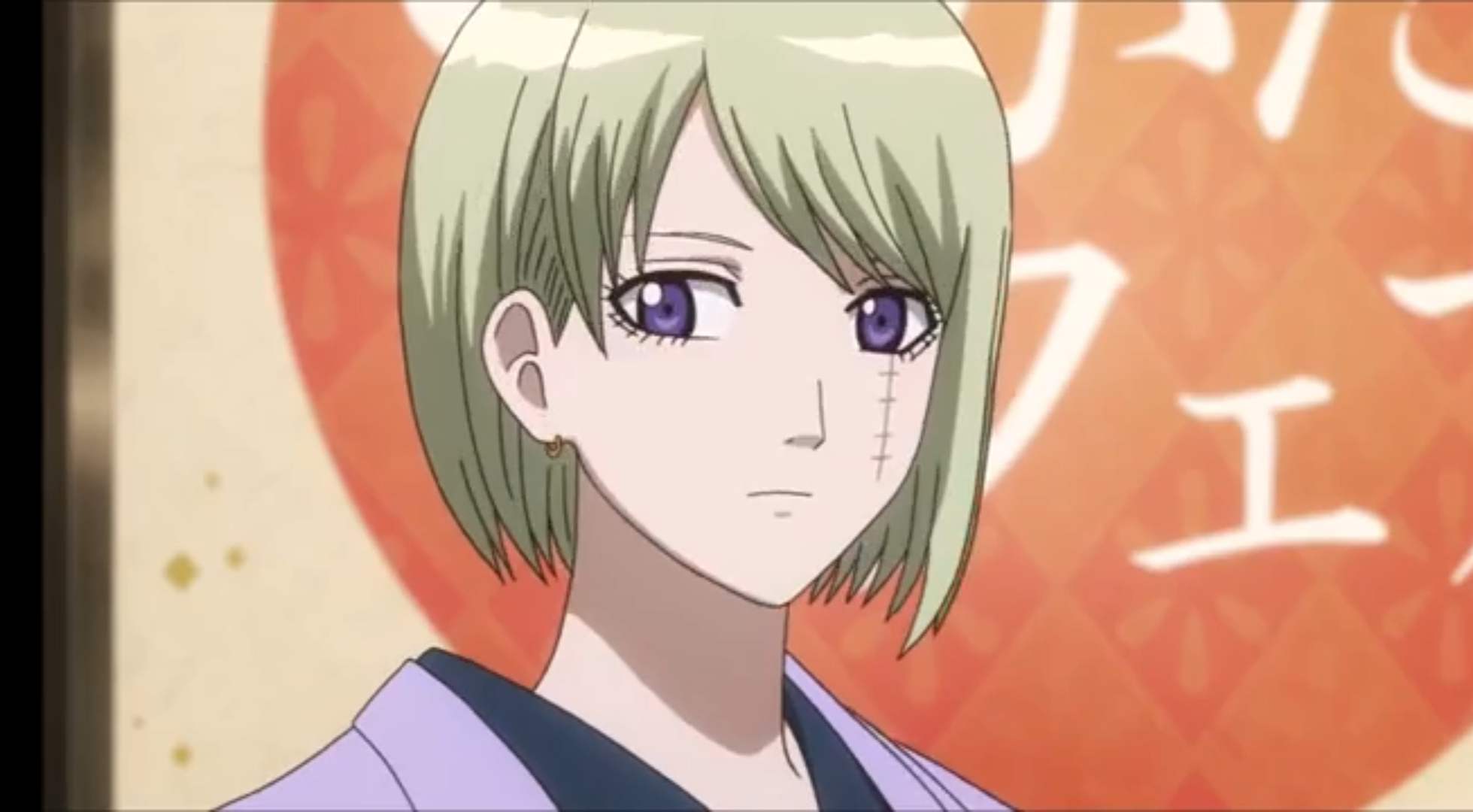 Tsukuyo is the last anime character with face markings on our list. Features that make her attractive are her slender figure and blonde hair. As it is a comedy series, one can expect humor from her. But you expected more because there is no such facial expression change by her.

Tsukuyo’s hair is a covering scar running horizontally on the forehead’s left side. One more is on the cheek, running vertically down. It turns out to be self-inflicted, and the reason was to leave behind her feminity.

Many a time people never noticed it, but face markings can be seen on some of the toughest anime characters. A lot of people miss them as such marks are never put in the spotlight.

They are proudly worn by the characters who got them in explosions, gun battles, sword fights, and other crazy incidents. Markings can be subtle and small, but many of the characters have some pretty major ones too.