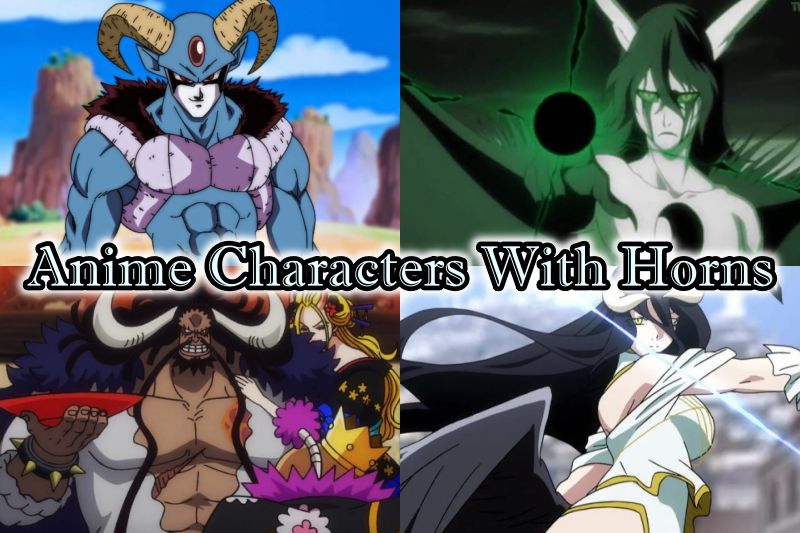 eThe realm of anime is filled with several types of characters, and many of them have unique designs. Nowadays, in the anime world, it is more common to see anime characters with horns in comparison to possessing cat ears. The reason behind this can vary from series to series. However, the design choice appears to be hitting.

Several cool designs are being used to make a character more eye-catching. Among them, the addition of horns is quite interesting. It can be due to monster anime has been at its peak. Also, everyone requires a permanent fetching accessory, and it can be a pattern that is likely to continue. 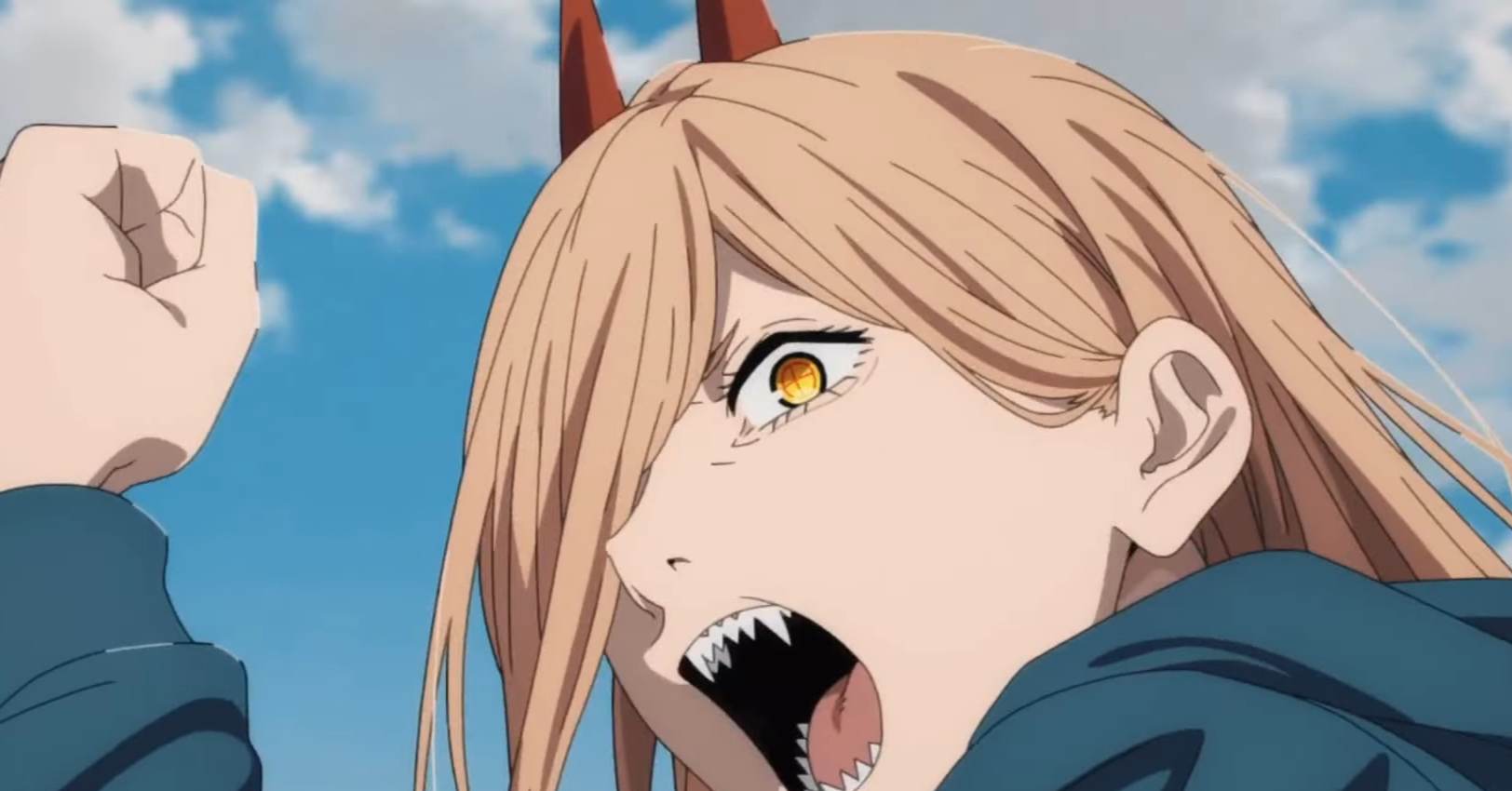 The first one on our list of anime characters with horns is Power. If you’ve watched this series, then you might be familiar with power’s devil form. She has portrayed mostly pale-skinned body and a tall humanoid possessing four arms.

Even she can turn into a fiend and easily be revived in hell after dying. We all have at least a bit of knowledge about standard devil abilities like health restoration by blood consumption. The same is with the case of Power, as she possessed such abilities. 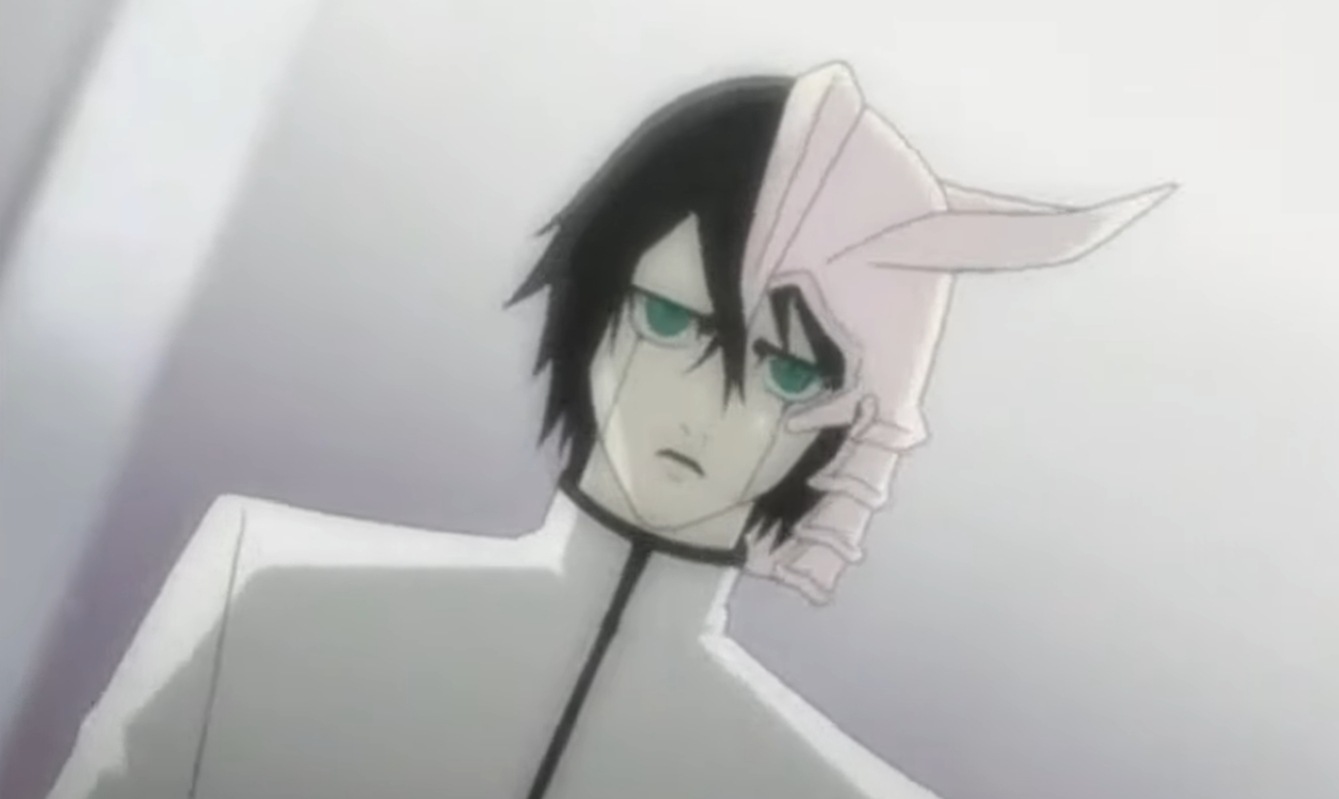 Ulquiorra refers to others as “trash” who are not enough interesting to him and thus, treats them like expendable. In terms of appearance, there are remnants of his former life, which are in the form of a hollow. Lethal attacks can be inflicted without much effort when the speed is in use.

If you’ve watched Bleach, then you have come across top Espada. Just like them, the nature of Ulquiorra is not violent. However, he gets involved in a fight when being ordered or provoked by Aizen. 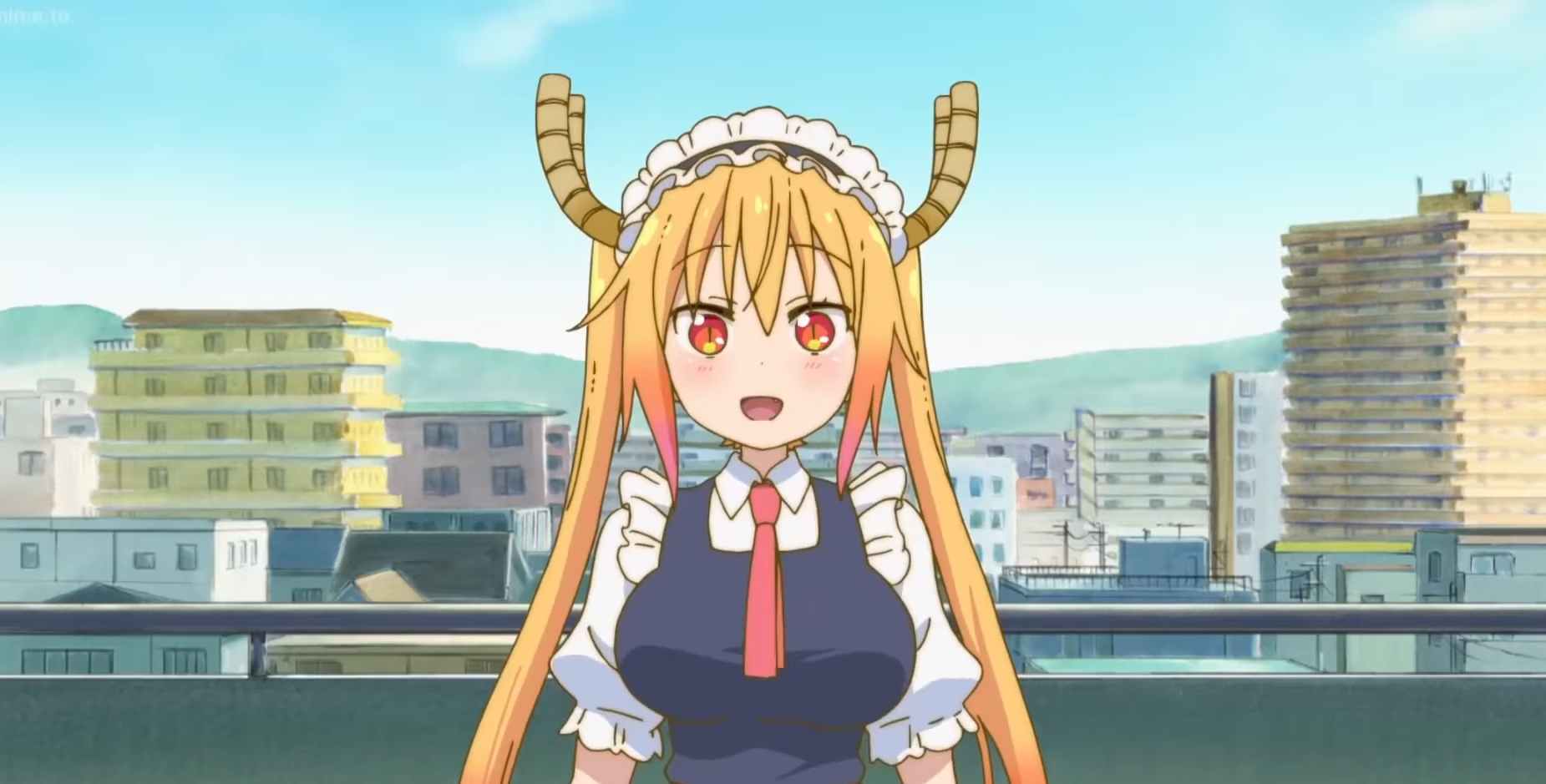 Tohru is one of those characters in this list who is hot and cute at the same time. She was raised for hating humans and was supposed to be a dangerous force of evil. But still, she is responsible and lovable enough and at the same time, possesses dragon-like powers.

However, there was a turning point in her life when she met Kobayashi. That lady even accepted her dragon form, due to which Tohru fell for Kobayashi instantly. Later, in the series, you will get to know why she is more than fortunate in her life on Earth. 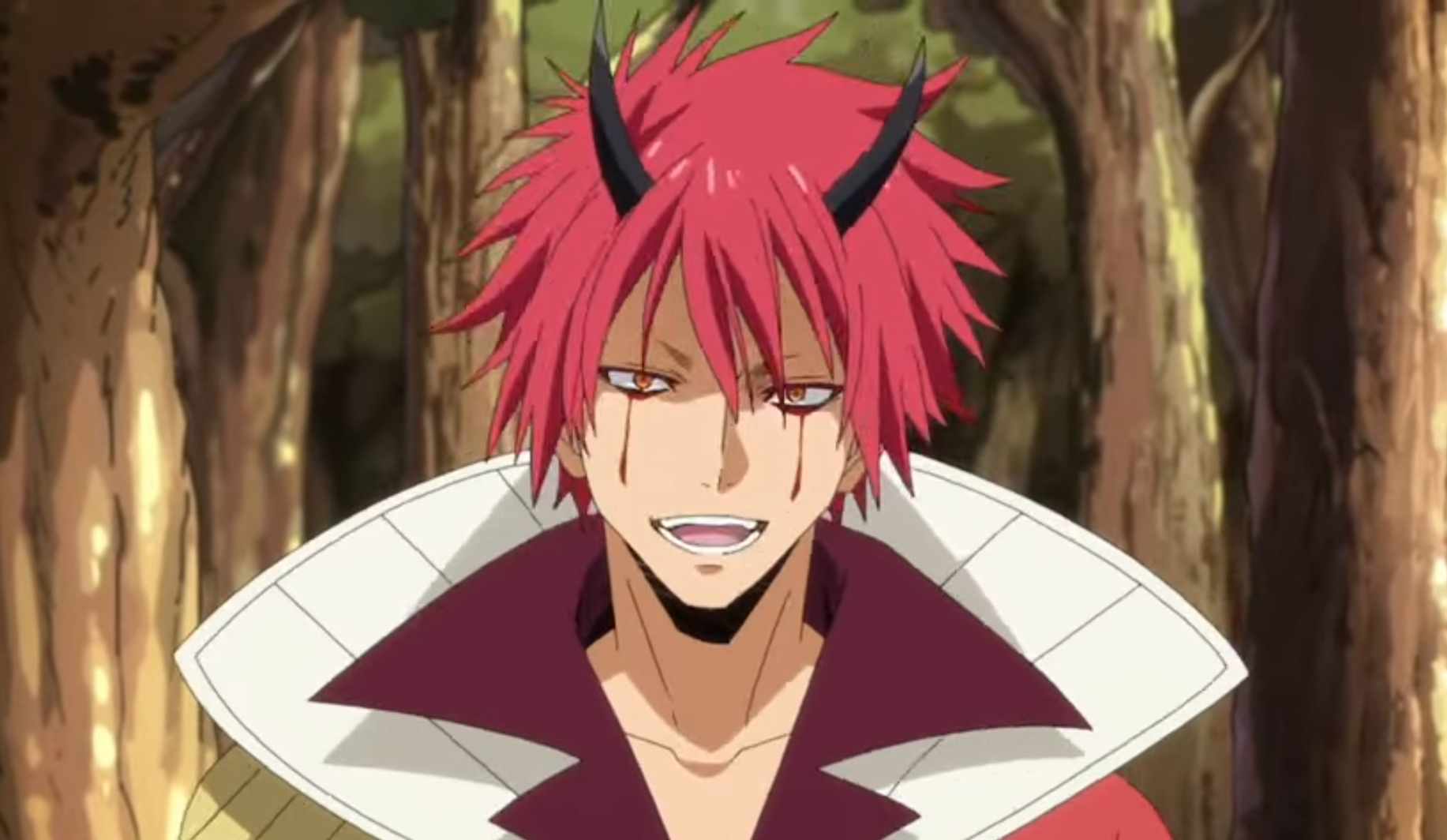 Anime: That Time I Got Reincarnated as a Slime

While looking for the hottest anime character how you can forget Benimaru? Those horns over his head make him look more attractive, which can melt anyone’s heart. If you’ve watched this series, then you might know how carefree he is.

However, he is a man full of confidence and excitement who shows no interest in serving. Just to see where he stands, he always challenges other powerful people to fight. But situations changed when he took the post of general of the army. 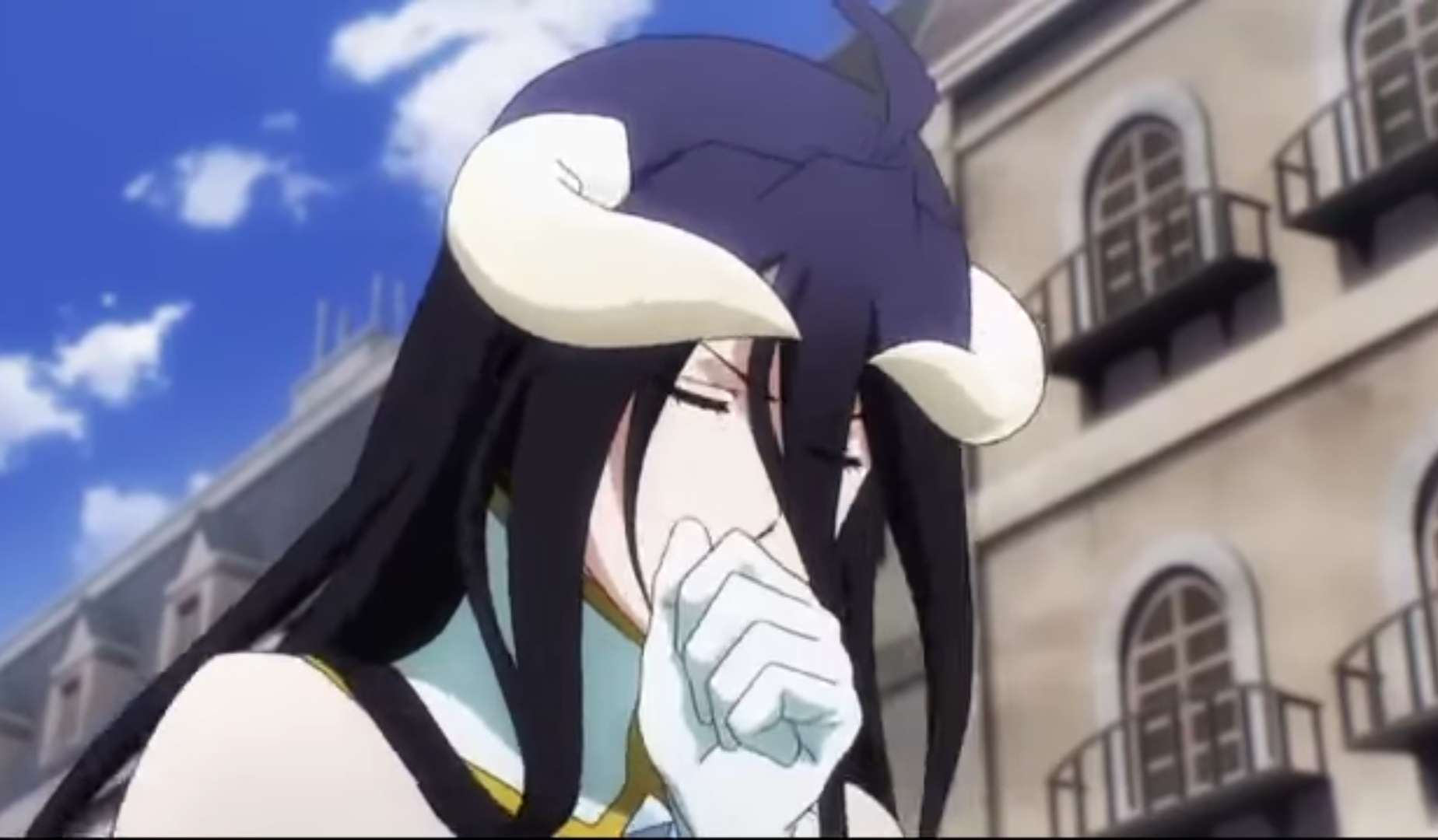 This beautiful character with white horns is madly in love and loyal to Ainz. Overlord viewers are quite familiar with her obsessive tendencies toward Ainz’s affairs. As a result, she easily loses self-restraint when it is Ainz who got harmed.

When it comes to expressing opinions, no other character in this series can beat her. She has enough courage for denouncing any improper statement. You can fall for her beauty, but her horns are the reason which makes her look stunning. 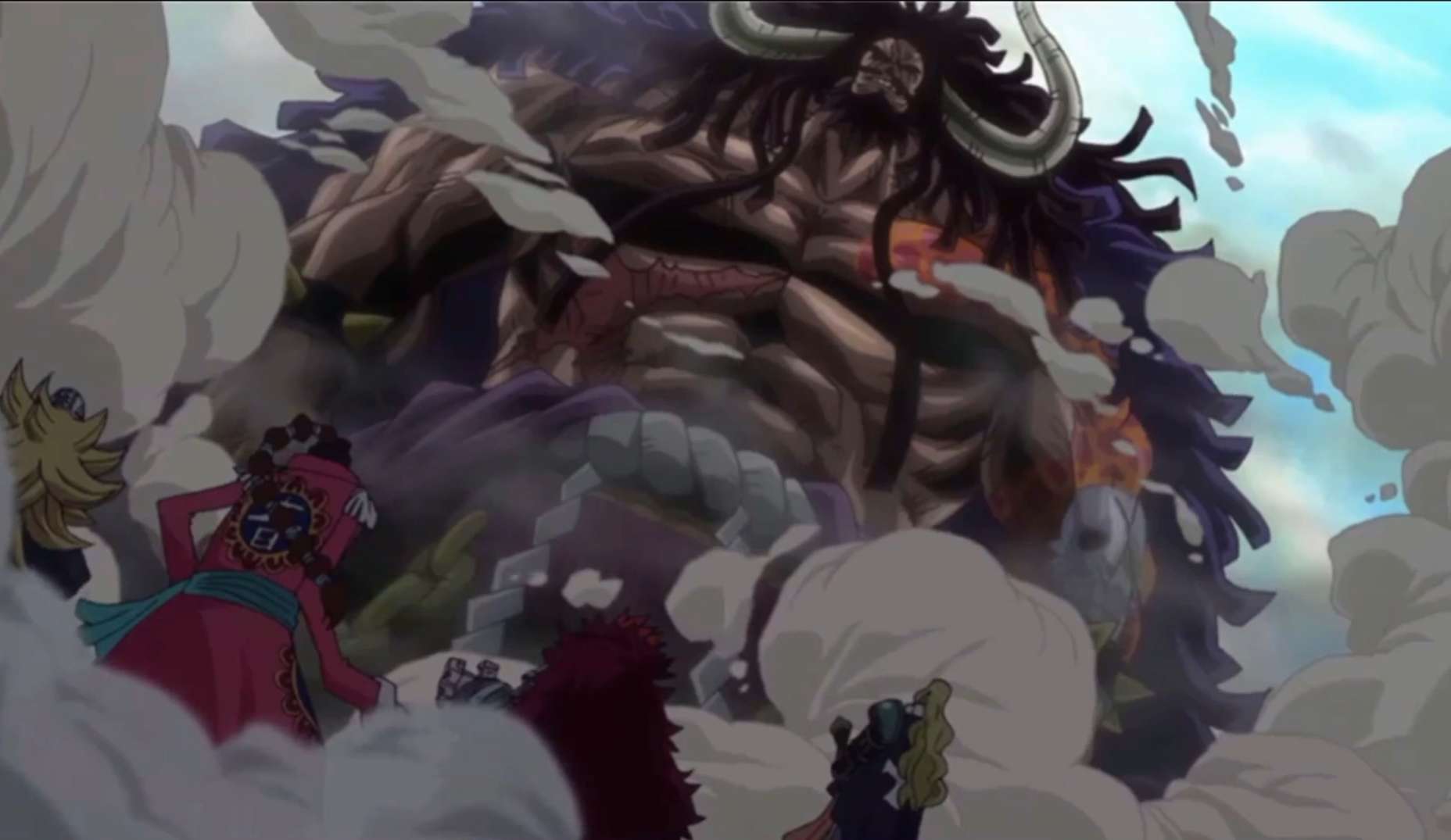 Kaidou, the antagonist of the Wano arc in One Piece, is a confident, aggressive, and merciless warrior who never leaves any opportunity to gain a benefit in war. His huge horns are one of the reasons which contribute to his attractive personality.

He is titled the strongest creature in the One Piece world. But he suffers from bouts of boredom because no one is as powerful as him. That’s why his goal is to fight someone superior to himself.

A grumpy disposition is kept with him, along with little excitement and pleasure in his life. As such, Kaidou craves chaos and excitement and wants to initiate the largest world war. In the end, Luffy in his Gear 5 defeated him by attaining strength even greater than the strongest creature in the world. 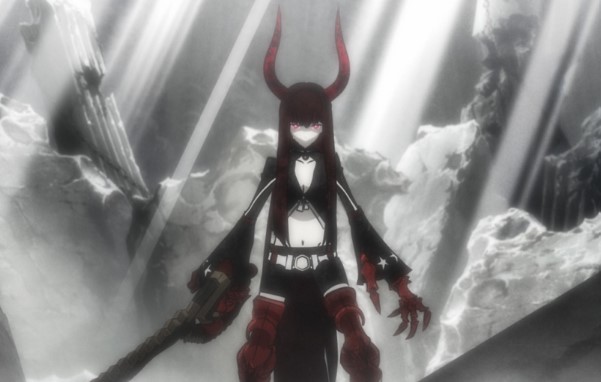 This hottest anime character prefers to keep a close eye on the activities going on in the Otherworld. She doesn’t like to engage in battles actively. When you will watch this series, you’ll get to know that all other selves love their human counterparts.

The same is with the case of Black Gold Saw, who loves her human counterpart. Whenever any task is given to her it will directly impact her behavior’s reflection. At last, it is her dangerous horns, which overall give her a villain look. 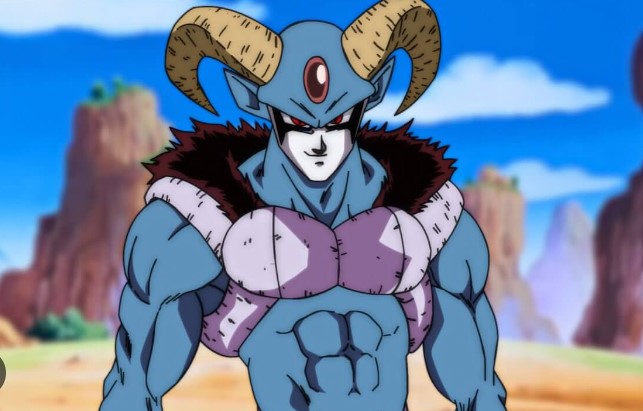 Moro, the primary antagonist of Galactic Patrol Prisoner Saga, was one of the most powerful characters introduced in the Dragon Ball series. H was nicknamed as Planet-Eater Moro, who could consume all the life force of a planet. Moro had distinctive forms depending on how many planets he consumed, and in every form, he had sheep-like horns.

He was so powerful Goku had to attain MUI and Merus had to break his angel law to defeat him. Well, it is better to go through the series and determine his power. 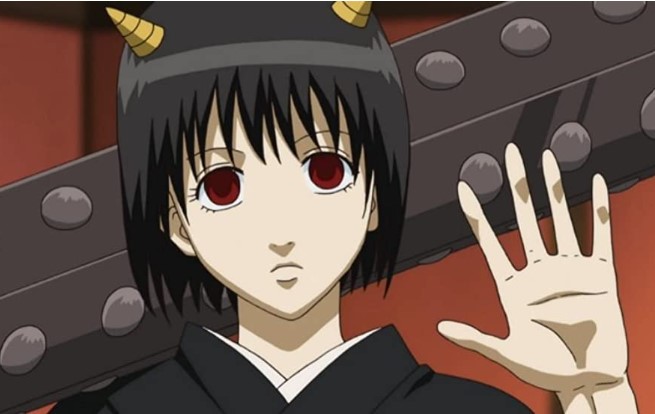 As shown in the image, this character has dark red eyes and black, straight hair. Even possesses two yellow, small horns on the top of her head, which makes her overall appearance a cute one.

At first sight, you might consider her an innocent hot character. However, she turns out to be extremely cruel and strong. Gedomaru can easily turn to her master whenever there is any sign of weakness. Her loyalty is only for Ketsuno Ana and only to some extent, there is respect for Sakata Gintoki. 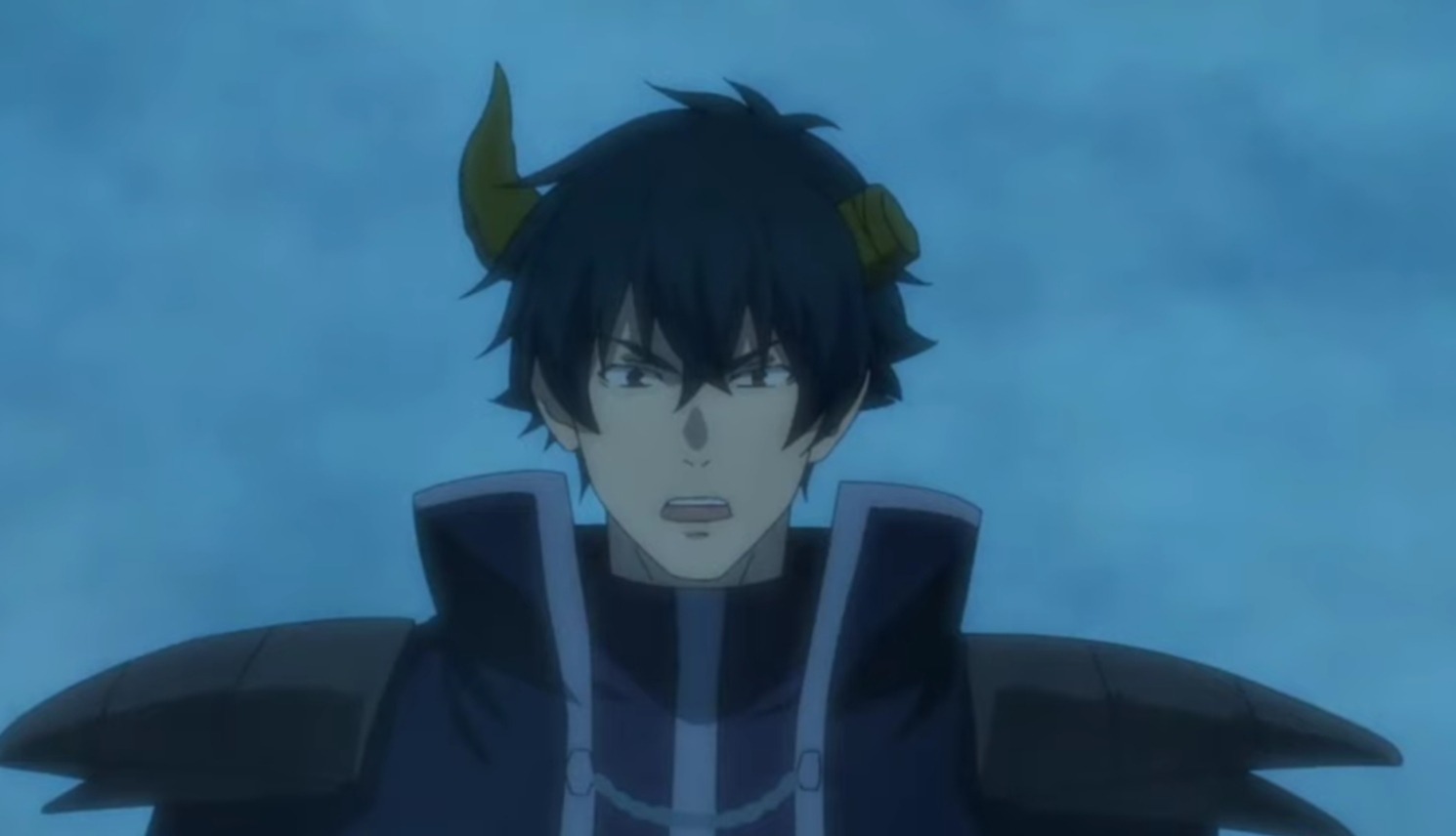 Anime: The Devil is a Part-Timer

The next one on our list of anime characters with horns is Sadao. He always intended for conquering the human race but never engaged in annihilating them. Leadership qualities can be seen in his personality.

That’s why he believes in accepting the responsibility of people serving under the leader. There is an incident where he tried to cover Chiho Sasaki for making mistakes at work. In this series, you will get to know how he looks out for his subordinates and juniors. 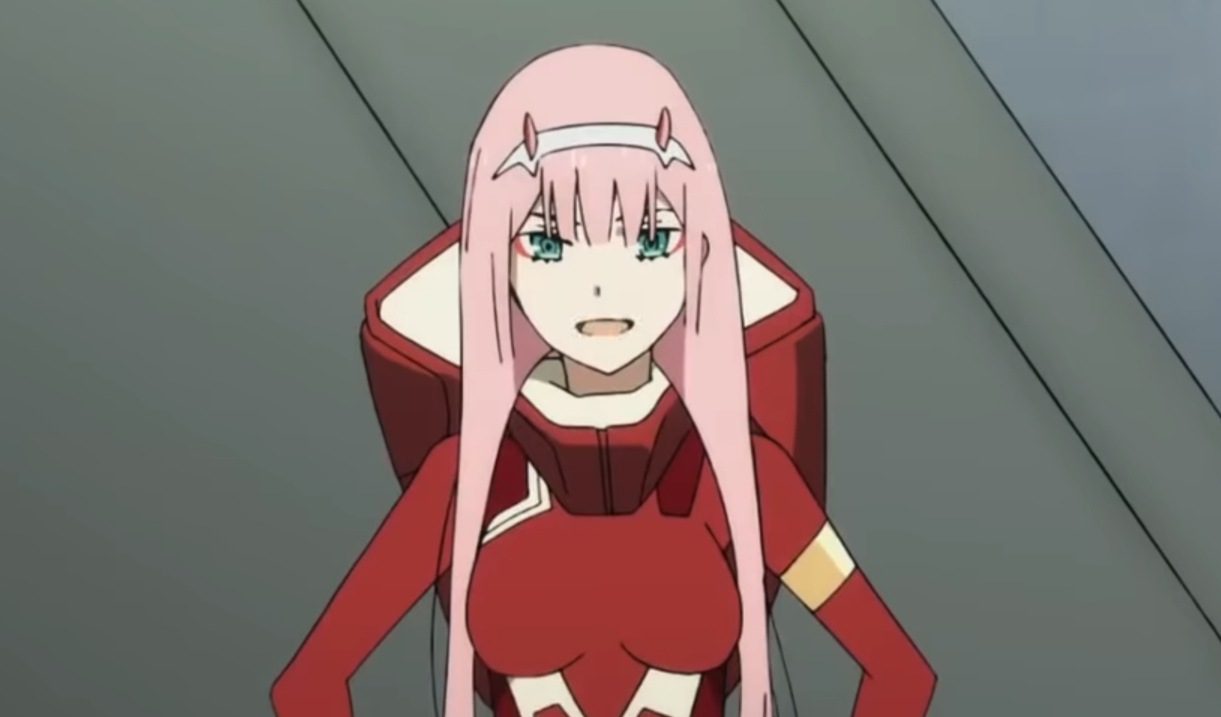 Anime: Darling in the Franxx

At first sight, you can consider Zero Two the hottest character with horns. As we all know, rumors are always there, and the same is with Zero Two. Other used to rumor that she is cold and dangerous. But that’s not the case as she used prioritizes her duty as Parasite.

The reason behind it was for turning back into a human, but other thought she wanted Papa’s protection. When it comes to showing hate towards society, she never felt shy and always talked freely about it. 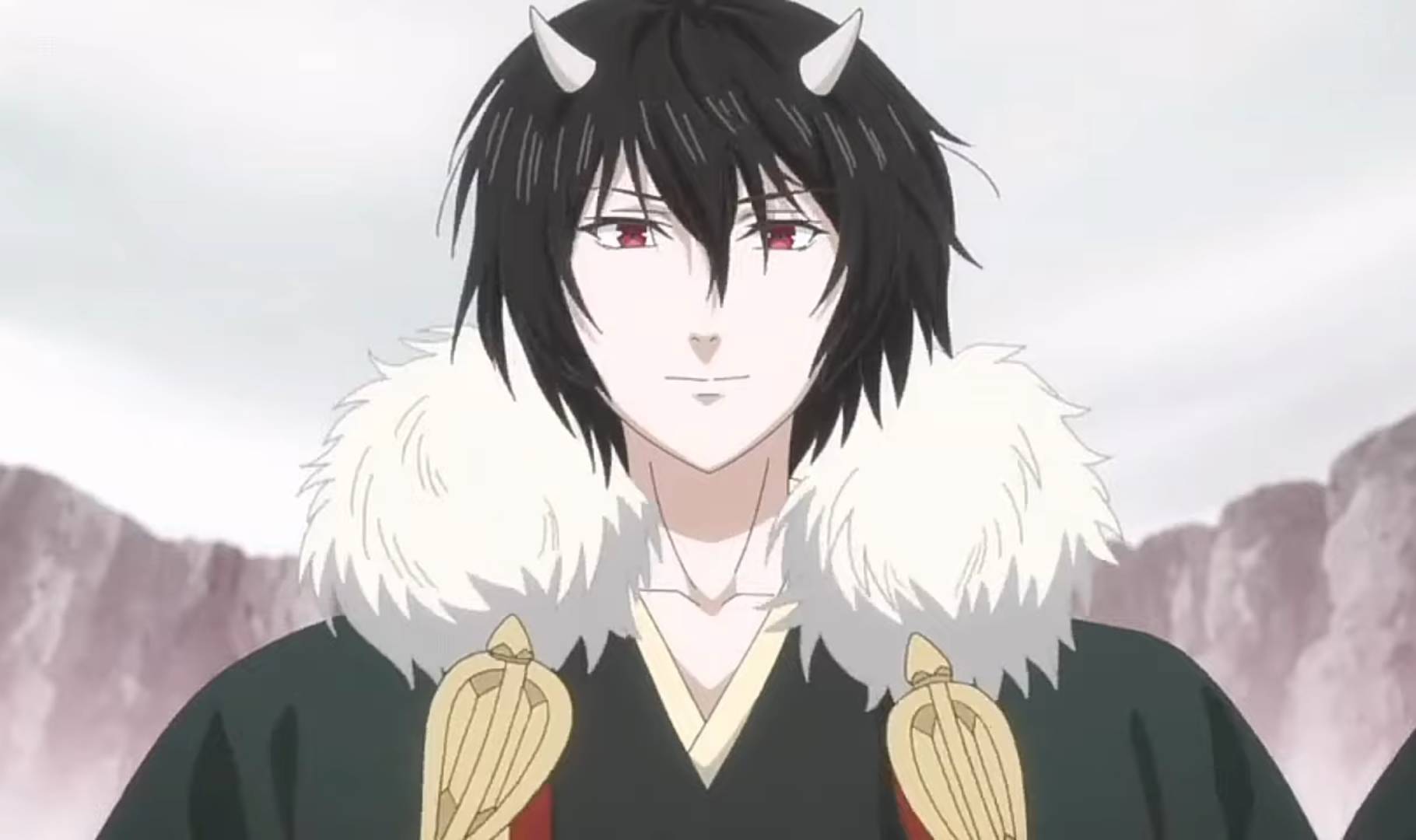 There is no way that any weeb will not fall for Ōdanna’s looks. However, his looks are incomplete if there will be no horns. You can watch this series and know whether he is a member of Hachiyo or not. He is strong enough to control the green ogre flame, and that’s why considered a dominant ayakashi.

If the owner is kind-hearted, then every servant will remain loyal and going to respect and love him. This is the case with Ōdanna, who gives genuine kindness in a time of need. 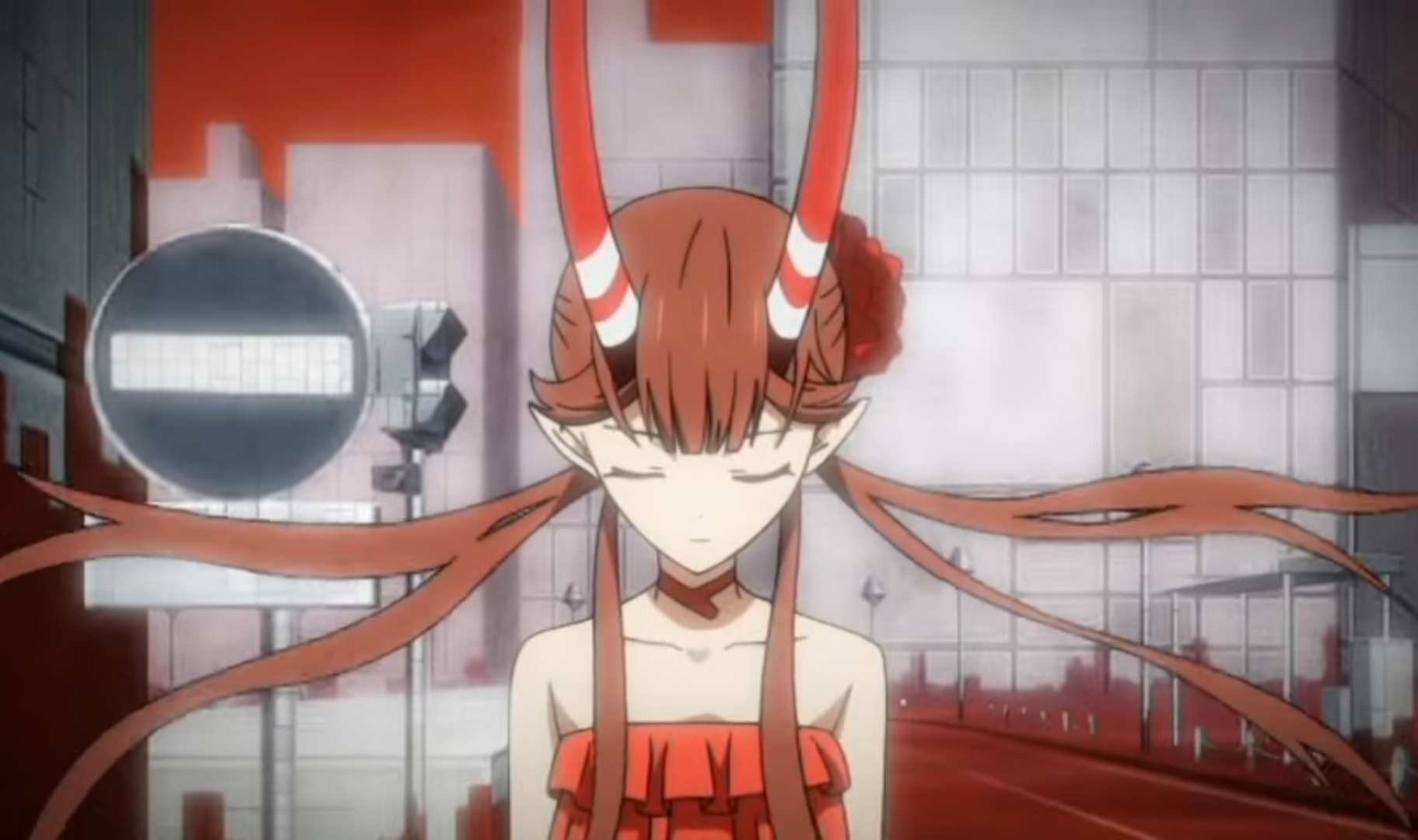 Anime: The Money of Soul and Possibility Control

Just because of her horns, her beauty gets a striking look. The personality of this hot character can be described as a violent one. But it can be shown only at the time of making deals. Her personality switch to sober instantly when Msyu is out of the deal.

Her behavior is just like a normal human being, and she seems to be strange. To make it clear, there is an instance when Msyu asks Kimimaro to give her some ramen. As Assets were not familiar with the ramen, they asked her to define “eat.”. 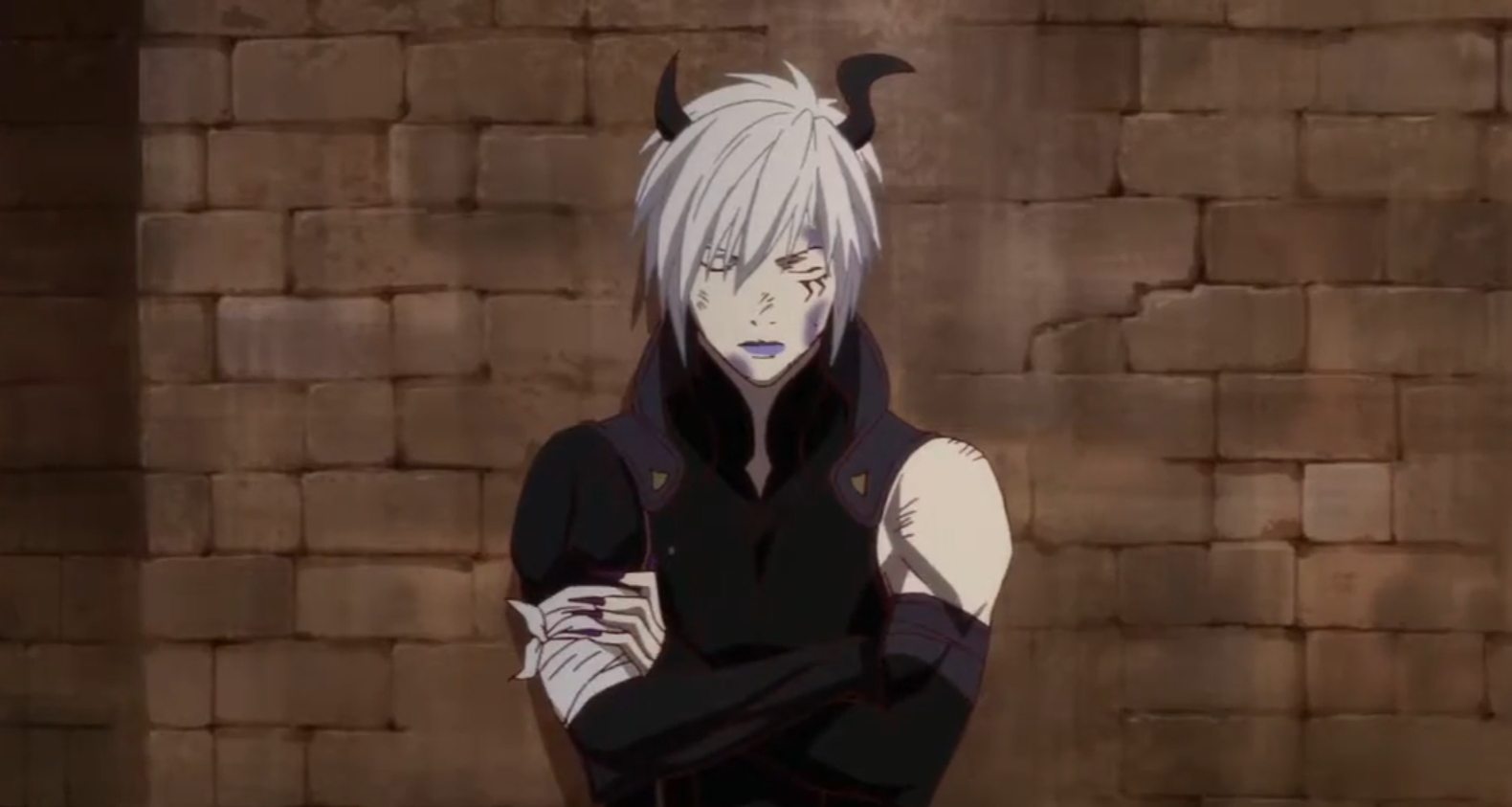 You can consider him the top hottest male character on this list. Just look at his personality, it can make any weeb fall for him. But the sole reason for making him attractive is his horns. When you’ll watch this series, you get to know about the existence of eons.

That was the reason behind the occurrence of a range of events among humanity. Lucifer was his boss, and the boss is meant to be respected that’s why Azazel used to respect him. 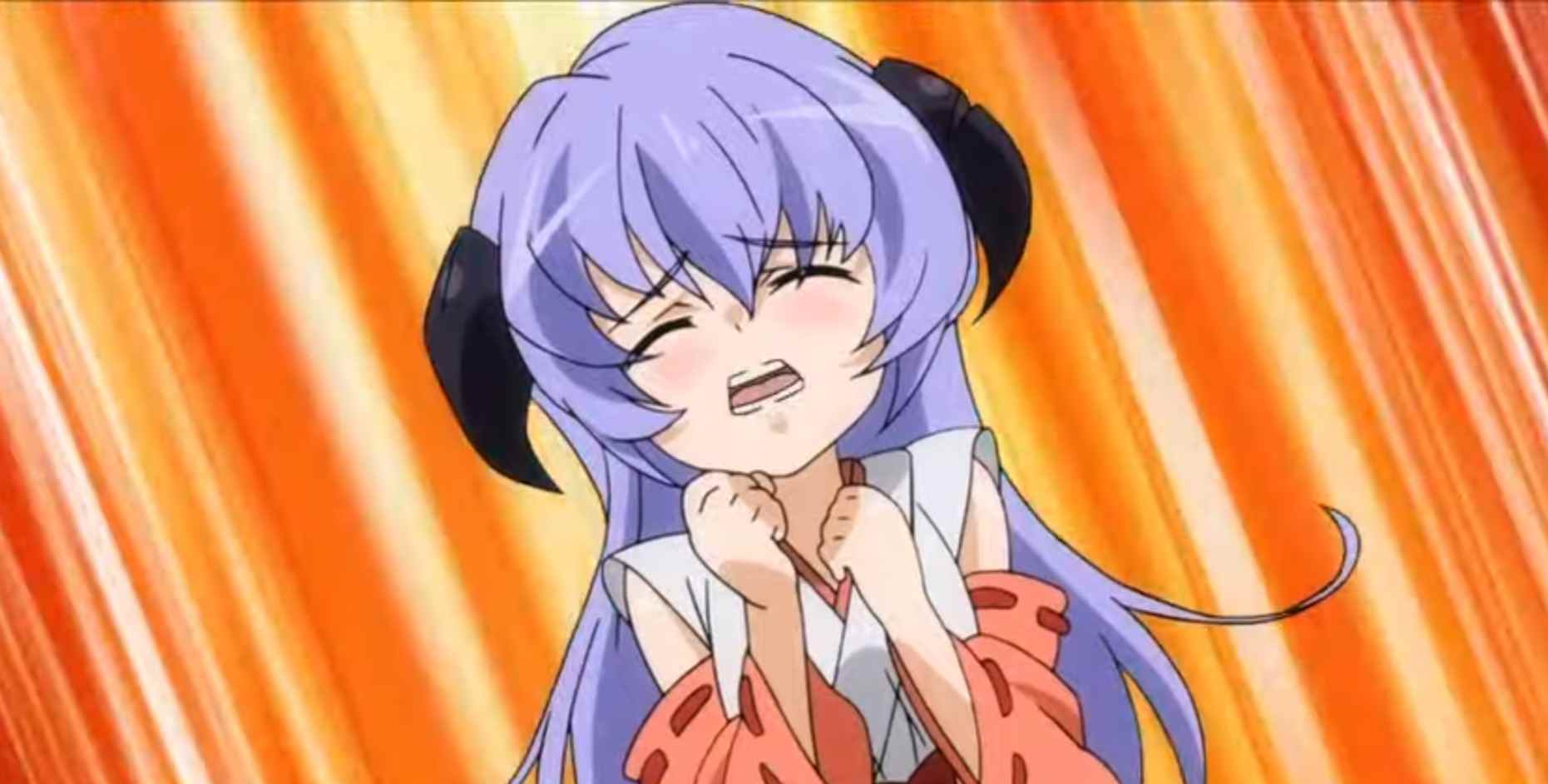 Anime: Higurashi When They Cry

The last one on our list of anime characters with horns is Hanyuu. Her horns can be considered one of the reasons for making her look more attractive. No other character can beat her kindness because she takes the blame for other people’s issues.

Hanyuu always failed to express what she felt because being failed to speak. Even she was worshipped in the village due to which several sacrifices were made for her sake.

The creators of anime put a great deal of effort into making the characters special. It is done just to make them readily remembered by the fans. There have been several iconic characters over the years that possess horns.

However, not all of the characters managed to grab the attention of the fans. But the above-mentioned anime characters with horns are the hottest, which can easily grab attention.