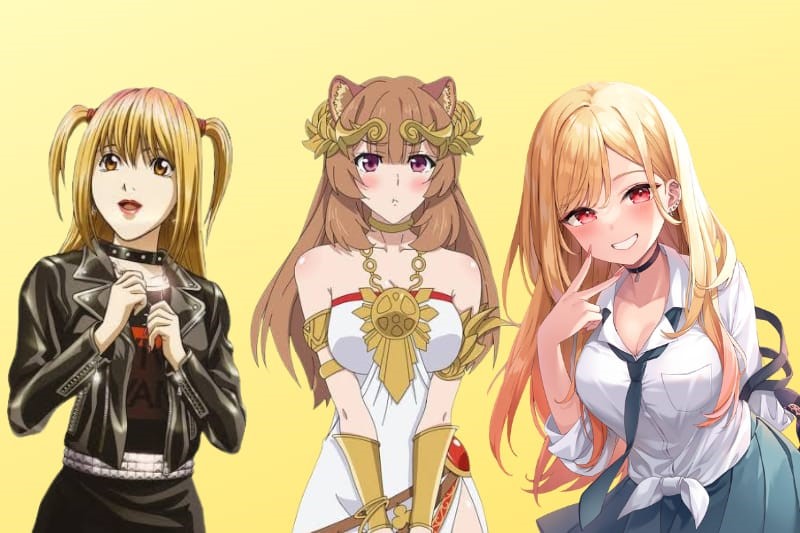 Many anime characters wear attractive fashion items that complement their appearance. We all appreciate their fashion accessories, such as necklaces, bracelets, rings, crowns, lockets, and so on, because they offer them a unique and appealing appearance.

In the world of anime, every character was free to wear any type of jewelry, whether they were male or female. There are limited number of anime boys who also wear a necklace. In this article, you will find some of the hottest anime characters with necklace.

Their necklaces ranged from basic chains to chokers, gold jewelry, and lockets. Each of these necklaces was so beautiful and intriguing that you all wanted to wear them.

So without any further delay, let’s have a look at the top 15 anime characters with necklace.

Niki Fushimi is a major character in K Project series and one of the most fashionable anime characters. He is a young, handsome man and wears lots of jewelry, such as a necklace, bracelets, and rings.

Niki does not have any regard for his son and enjoys teasing him. He always did bad things to his son and made him cry and depressed. His black messy hair and excellent fashion sense make him one of the hottest anime characters with a necklace.

Sofya Obertas is the main female character in the Lord Marksman and Vanadis series. She is one of the strongest warriors, second only to the King, and possesses incredible powers that rival the dragons.

Sofya is a very beautiful woman with an attractive curvy figure and beautiful hair. Her heart-shaped necklace and bracelet looked so good on her. Due to her sexiest body and beautiful necklace, she is considered one of the hottest anime characters with necklace.

Akane Hyakuya is one of the significant characters in the Seraph of the End series. She is a cute girl who always wears a dark choker around her neck.

Akane is an orphan and lives in Hyakuya Orphanage alongside other orphans. She deeply cared about her fellow orphans and took care of all of them as their big sisters.

Despite her young age, she acts very maturely and never gives up, no matter how difficult the situation is.

Latifa Fleuranza is the head of Amagi Brilliant Park, an amusement park where customers come to enjoy and have fun. She is a gorgeous young girl and wears two beautiful necklaces.

Latifa is a very charming individual and greatly cares about her park. She is constantly thinking of ways to protect the park before it is forced to close due to the deterioration of customer visits.

Takashi Mitsuya is one of the major supporting characters in the Tokyo Revengers series. He is one of the founders of the Tokyo Manji Gang and the closest friend of Mikey and Draken.

Mitsuya has a lean and attractive body and usually wears a Jesus Christ cross sign locket. His personality is very calm and he is mostly seen with a smile on his face.

He also possessed incredible physical strength and driving skills, which he excellently demonstrated in the series. Throughout the series, he took several amazing looks, and each of them looked good on him.

Great Witch Demia is the most skilled mage in the Interspecies Reviewers. She is a gorgeous young lady with long beautiful hair and an attractive busty figure.

Demia has excellent control over magic and has a vast knowledge of all types of magic. Her blue witch outfit and beautiful golden necklace make her one of the sexiest anime characters with a necklace.

Solution Epsilon is one of the strongest and most popular battle maids in the Overlord franchise. She has beautiful blonde hair and an attractive slime-curve body.

Epsilon usually wears a beautiful black maid’s attire and sometimes sports an amazing silver necklace containing several colorful pearls. She seems to be a very kind and calm individual, but in reality, she is a psychopath and evil.

Apart from his attractive looks, she is quite powerful and possesses incredible powers.

Chuya Nakahara is one of the major characters in the Bungou Stray Dogs, a well-known crime thriller anime series. He is an attractive young man with short body stature and a beautiful hairstyle.

Nakahara is a very important member of the Port Mafia, an evil criminal organization. He usually wears a black choker on his neck, and his fashionable outfits consist of long black coats and a black hat.

Apart from his attractive looks, he is a skilled martial artist and has a special ability to manipulate gravity.

Megumin is one of the main characters in the Konosuba anime and manga series. She is a member of the Crimson Magic Clan, one of the strongest wizards, and possesses several magical powers.

Megumin is an energetic girl who loves to wear full-fledged, colorful outfits. She also wore a black leather choker necklace that was tied with a belt. Her beautiful outfits suit her the most and make her a very fashionable anime girl.

Dio Brando is the best villain in JoJo’s Bizarre Adventure franchise. He has a muscular body with amazing long blonde hair.

Due to his power-hungry personality, Brando does not have any regard for anyone’s life. He also wears a unique necklace to cover the scar on his neck. His excellent manipulative skills provide him with complete control over his fellow subordinates.

Later in the series, he turned into a vampire and acquired new mysterious powers.

Moka Akashiya is the lead female character in Rosario + Vampire, one of the most popular vampire anime of all time. She is studying at Yokai Academy as a vampire and is also the most beautiful girl in her academy.

Moka also wears a stunning necklace with a large cross pendant and a dazzling red stone tied to a black leather choker. That makes her even more beautiful and makes her stand out in the academy.

Anime: Weathering With You

Amano Hina is the lead female character in Weathering With You, one of the most popular romantic anime movies. She is also known as “100% Sunshine Girl” because of her ability to manipulate the weather.

Hina lives an ordinary life with typical young girl fashion. But on her birthday, Hodaka (the protagonist of the film) gives her a beautiful necklace. This necklace has a beautiful blue stone that was tied into a black band and has a locking system at the end.

Anime: The Rising of the Shield Hero

Raphtalia is the main female lead in the Rising of the Shield Hero anime and manga series. She is a half-human young girl and possesses different traits of animals, such as raccoon and tanuki.

Raphtalia has a very beautiful appearance and wears a lot of jewelry that is made of gold. Her jewelry includes a beautiful long necklace, wrist bracelets, rings, and a crown on her head. She is also well known as a Katana Hero after obtaining the spirit of Katana.

Due to being the main character and wearing a golden necklace, she is regarded as one of the most popular anime characters with necklace.

Marin Kitagawa is the main lead of the My Dress-Up Darling, one of the most hyped-up anime series of 2022. She is a cute teenage girl with a slim body and beautiful blonde hair.

Marin is an avid fan of anime and manga and loves to cosplay the characters she loves the most. As a cosplayer, she has a great sense of fashion, and each of her cosplays looks excellent on her.

In her original look, she wears a beautiful necklace containing a green pearl, while in her cosplay forms, she wears several types of necklaces.

Misa Amane is the second major antagonist in the Death Note anime and manga series. She is also popular under the name Second Kira.

Amane is a great admirer of Kira and later becomes her girlfriend. She loves to look beautiful and stylish. That is why she wears beautiful outfits with jewels on her ears and neck.

She always wears a long sword-type necklace that has one big blade in the center and two small blades on both sides. Apart from her attractive outfits, she can kill anyone by using her death note and shinigami eyes.

We’ll wrap up this article by talking about every single character on the list who wears a necklace. We compiled this incredible list based on their popularity and beautiful necklaces. They also play important roles in their series and leave an unforgettable impact on fans’ hearts.