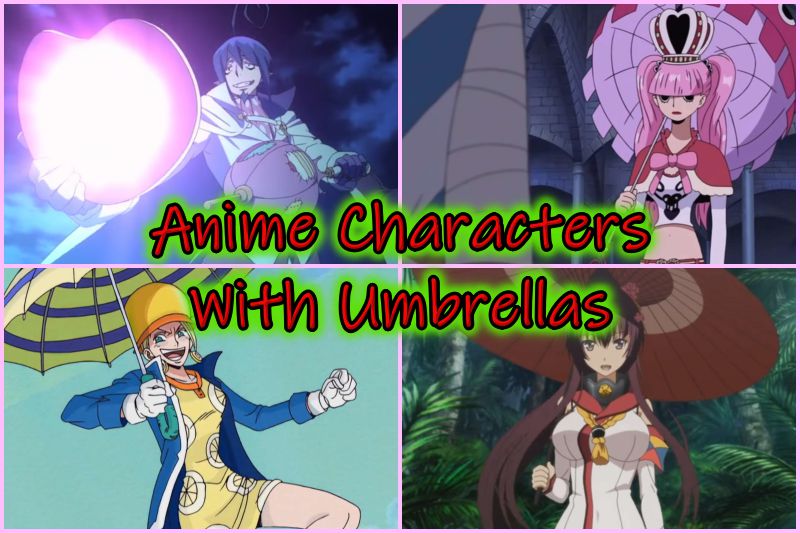 When it comes to an umbrella, it can be described as something which can mean many things. It is just like the hat, the scarf, the bow tie, and several other fashion accessories. However, an umbrella is not just a useful item but indeed be used as a kind of styling accessory. So, who better than anime characters with umbrellas can do this?

As the usage of an umbrella is most commonly used for sheltering from the rain. Also used for providing shields and shade from direct sunlight. But strangely, something which was meant to protect from the sun has turned out to be something used in the opposite in anime. 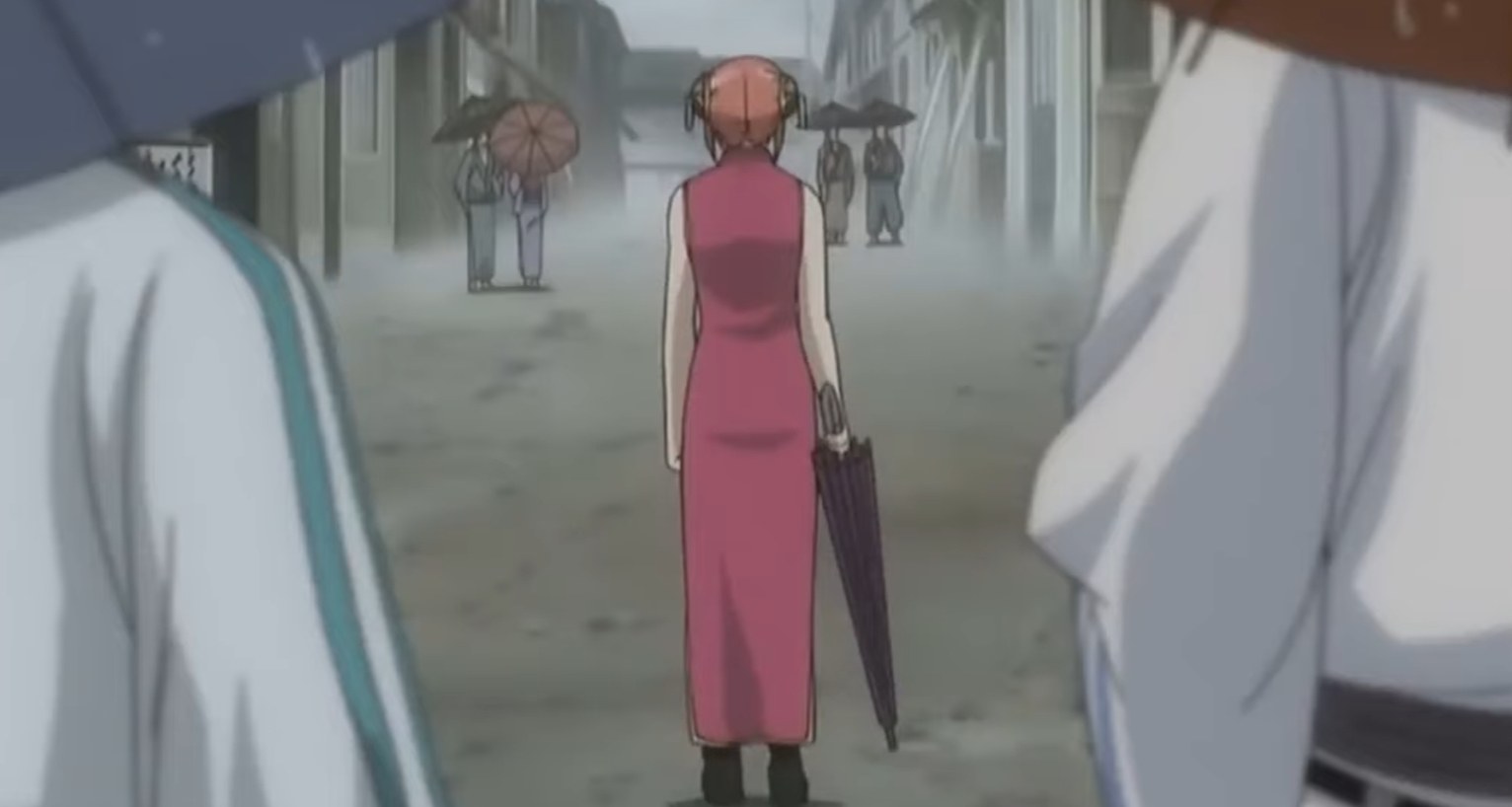 The first one on our list of anime characters with umbrellas is Kagura. Kagura is one of the protagonists in the Gintama series. Not only this, but she is also one of the most powerful and beautiful female characters.

She always carries a purple umbrella that helps her a lot during unusual circumstances. In Episode 316, we see her fighting against Sougo with her umbrella. She loves her umbrella so much that she still has it for five years in the future as her accessory. 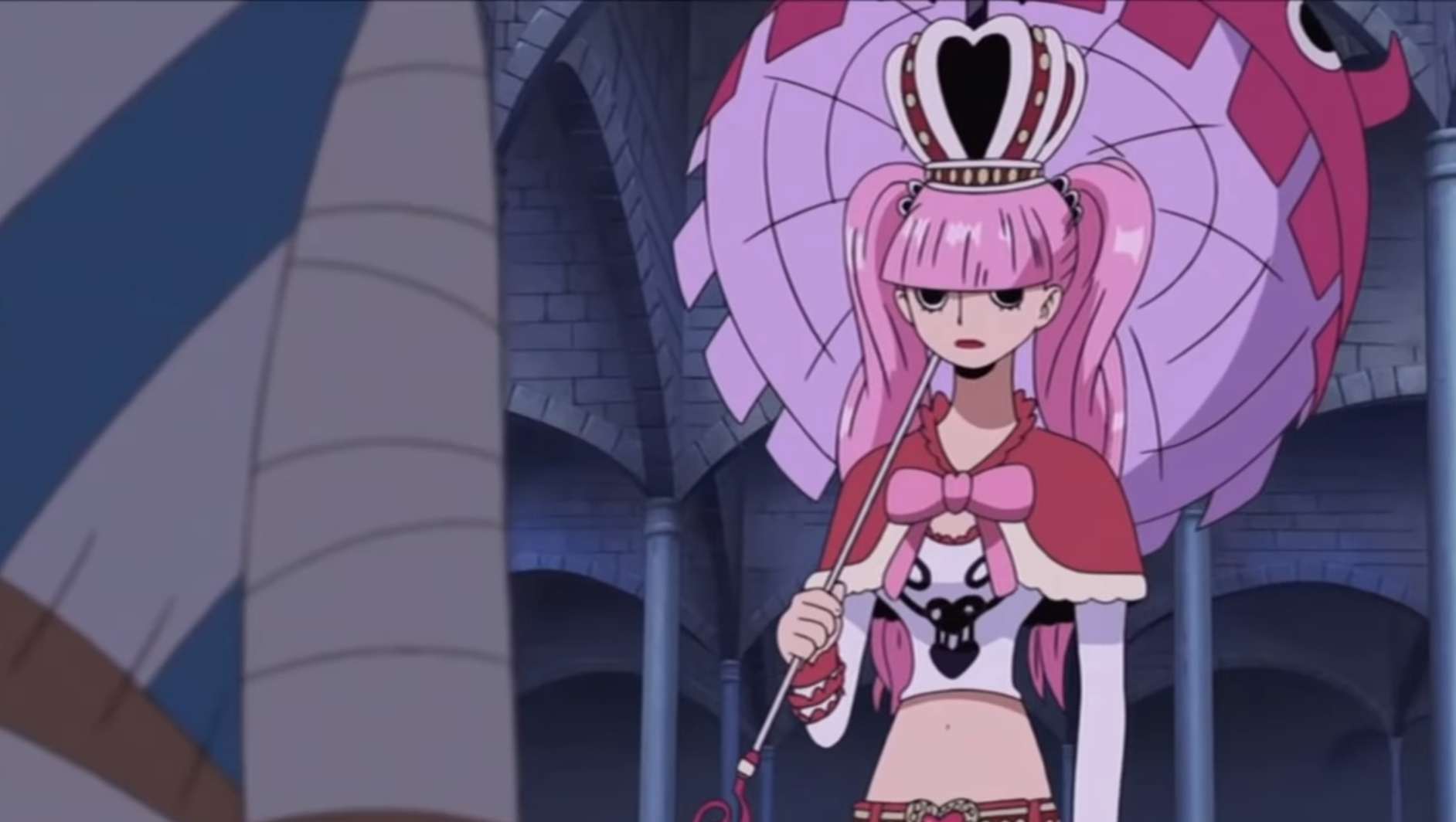 In One Piece, the character Perona is portrayed as a very childlike, immature, and young personality who frequently acts on her whims and selfishly. She has a dream of creating a kingdom where all the cute things of the world have been simply turned into zombie animals for obeying her. The reason was Perona is very fond of pretty things.

However, Perona dislikes people when they disobey her will or tell her what to do. So, go and hit this anime to watch Perona’s adventure with her cute umbrella. 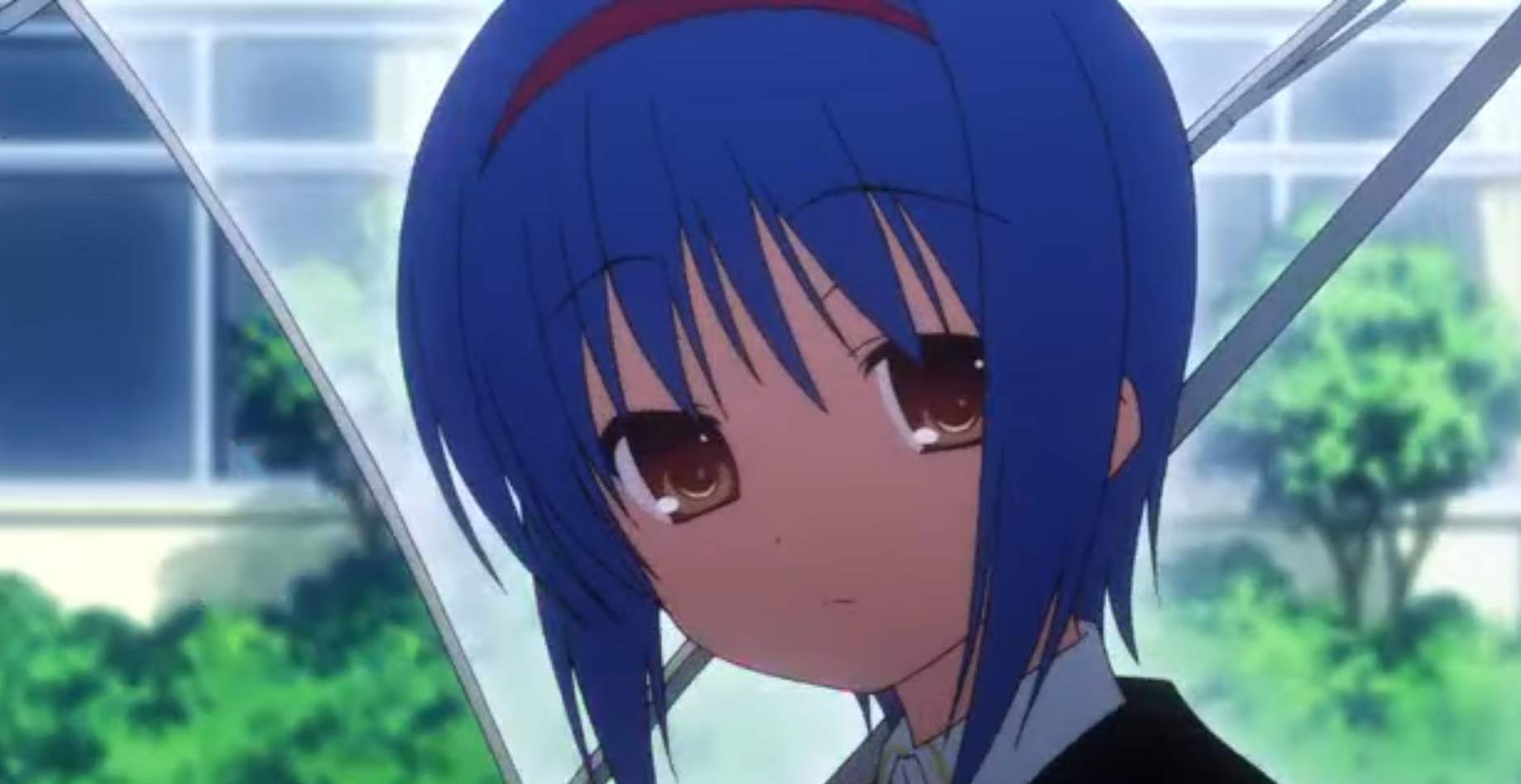 This anime is about Mio, who, in the real world, feels guilty. The reason was for forgetting an imaginary friend Mio used to have. Originally, Mio was designed by Na-Ga for wearing glasses; however, this was dropped later. During Riki Naoe’s déjà vu flashback of Mio, players can still view her CG with glasses.

However, that imaginary friend comes to life in the artificial world, namely as Midori. Mio uses the umbrella because she tries to hide that there is no shadow of her. The reason was Midori used the shadow of Mio to materialize her own body. You can hit this anime to learn about the childhood friendship bond. 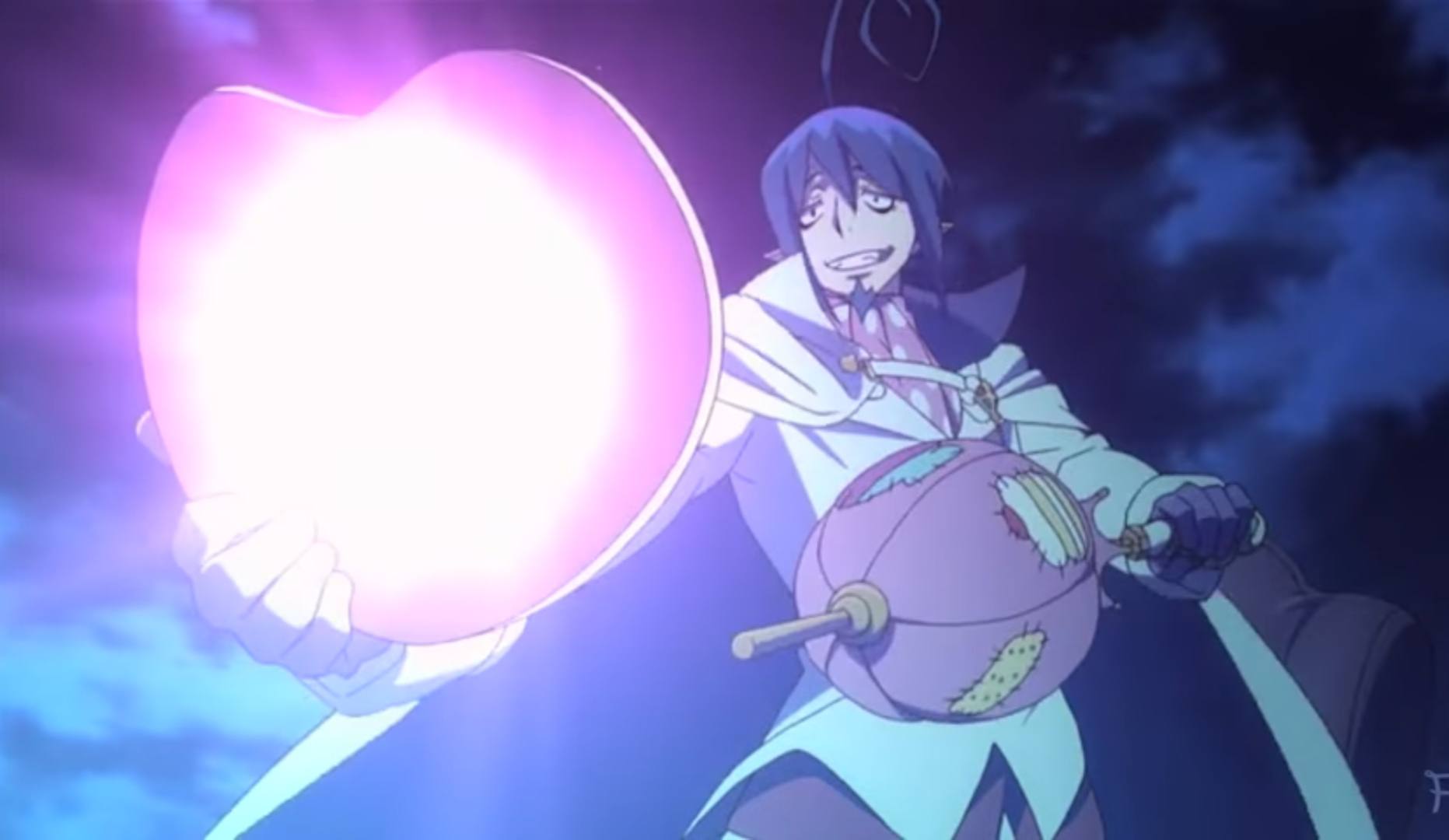 This anime is full of fantasy in which Mephisto is shrouded in mystery. He can learn quickly his innate ability to act as if Mephisto knows more than what he is letting on.

Even Mephisto enjoys chaos because he states to himself that he is Assiah and a hell-raiser on his playground. Mephisto is prone to eccentric moments nestled chiefly in between profound moments.

This character is meticulous and just like a chess player who is ahead of the game. Also, making light in a heavy mood and is even portrayed as a man with more money compared to sense. Go for Blue Exorcist and see what incidents took place in the journey of Mephisto. 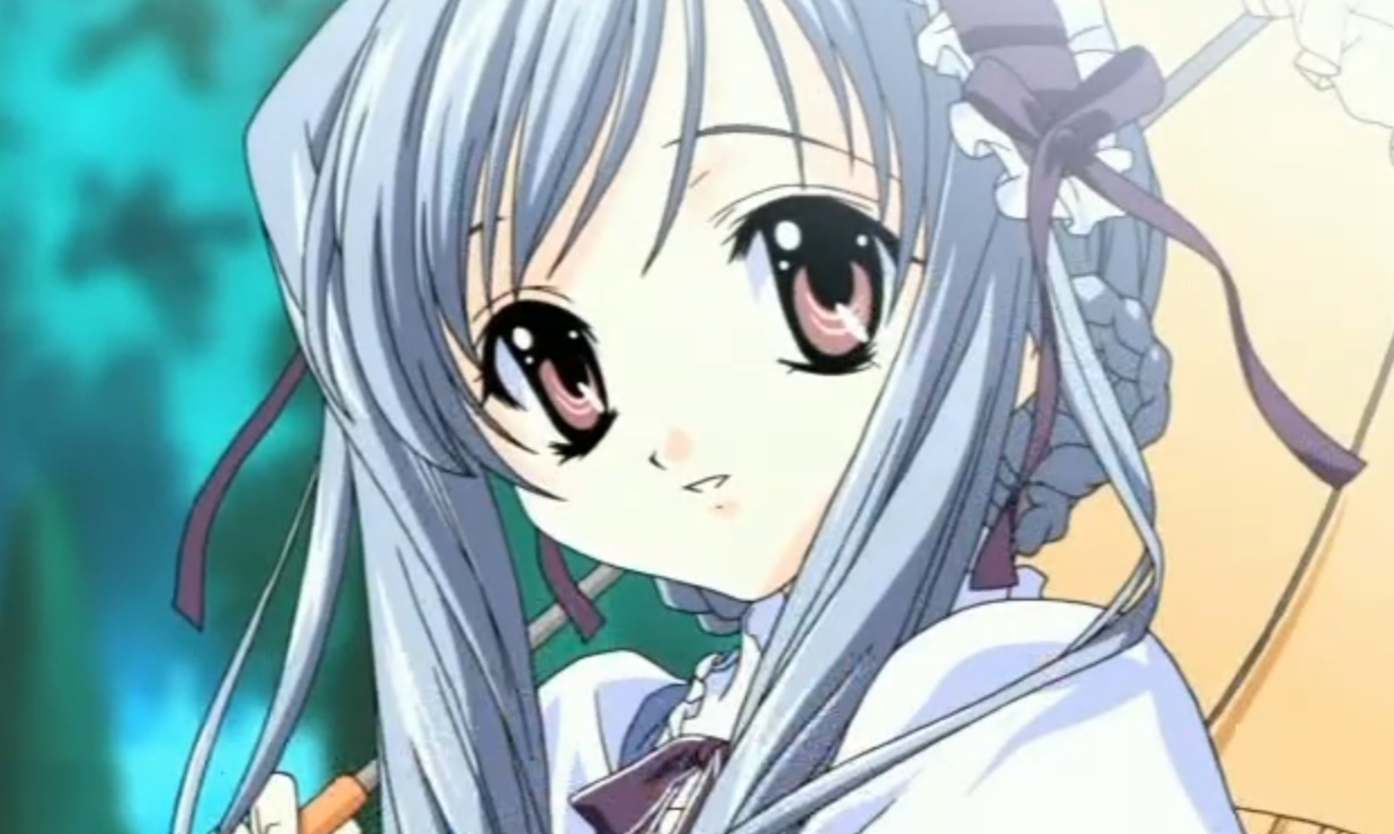 The next one on the list of anime characters with an umbrella is Aria. Generally, Aria carries a beige-colored umbrella which is conveniently recognizable with it. Originally, Aria was born in France. However, in the present, living on Promised Island.

She is noticeably small, even potentially one of the sisters portrayed with the shortest height. It is exposed evidently, particularly in the anime. This comedy anime will surely wipe out your boredom. 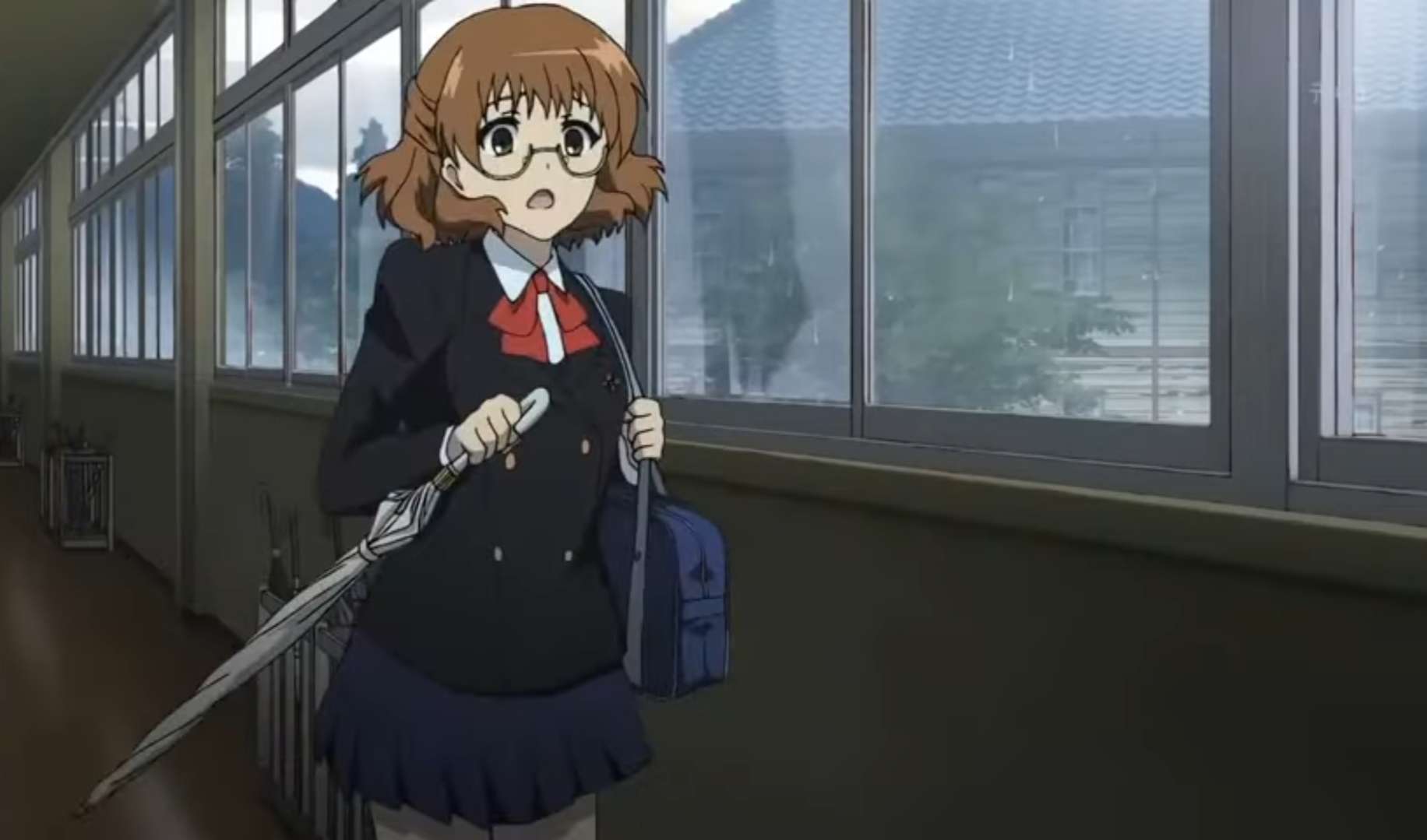 In this horror anime, Yukari Sakuragi is a character of slightly short stature somewhat, a plump build, and a light complexion. However, one day Yukari fell down the stairs and landed face-first on the umbrella, which impaled her jugular on the tip. So, the reason for her death was nothing but that umbrella.

Later, in “Body Paint,” she appears in the guilt-driven dream of Kouichi. At the place where Yukari died, she stood with her freshly bloodstained umbrella. Also, she blames him for her death, and Yukari’s face was covered in blood. 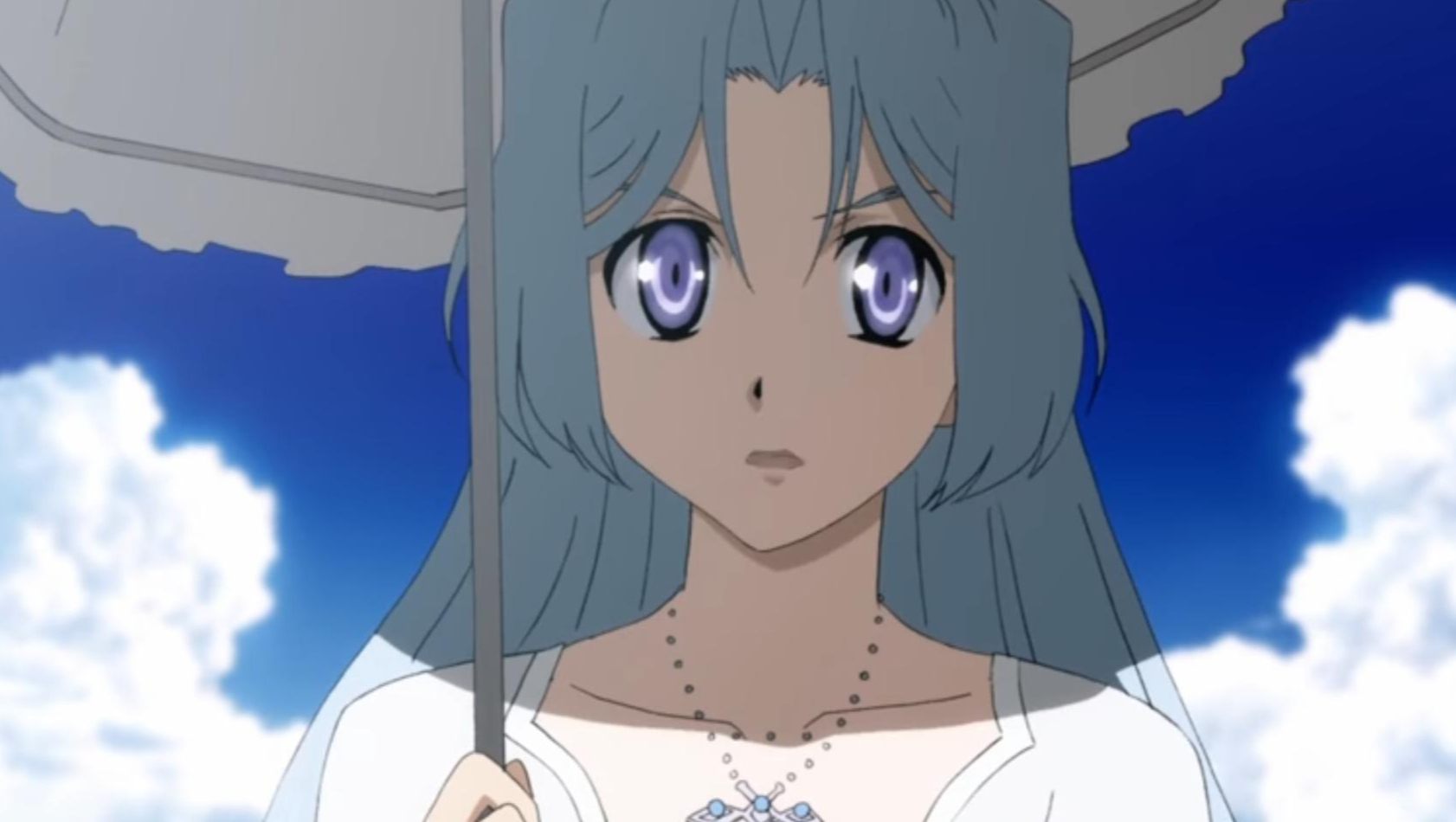 Among the dragons whom Ryuuji met, Maruga was one of them. She is the princess of snow/ice dragons and, in appearance, is considered a white dragon. Ryuuji met her during the trip to the beach.

Initially, Maruga has a haughty attitude toward him, but later she warms up towards Ryuuji eventually. However, Maruga asks him for a favor, for taking back a cursed precious, which is chiefly from another level 10 Breaker, Geroge Evans. Take a look at this character by watching this action and romantic anime. 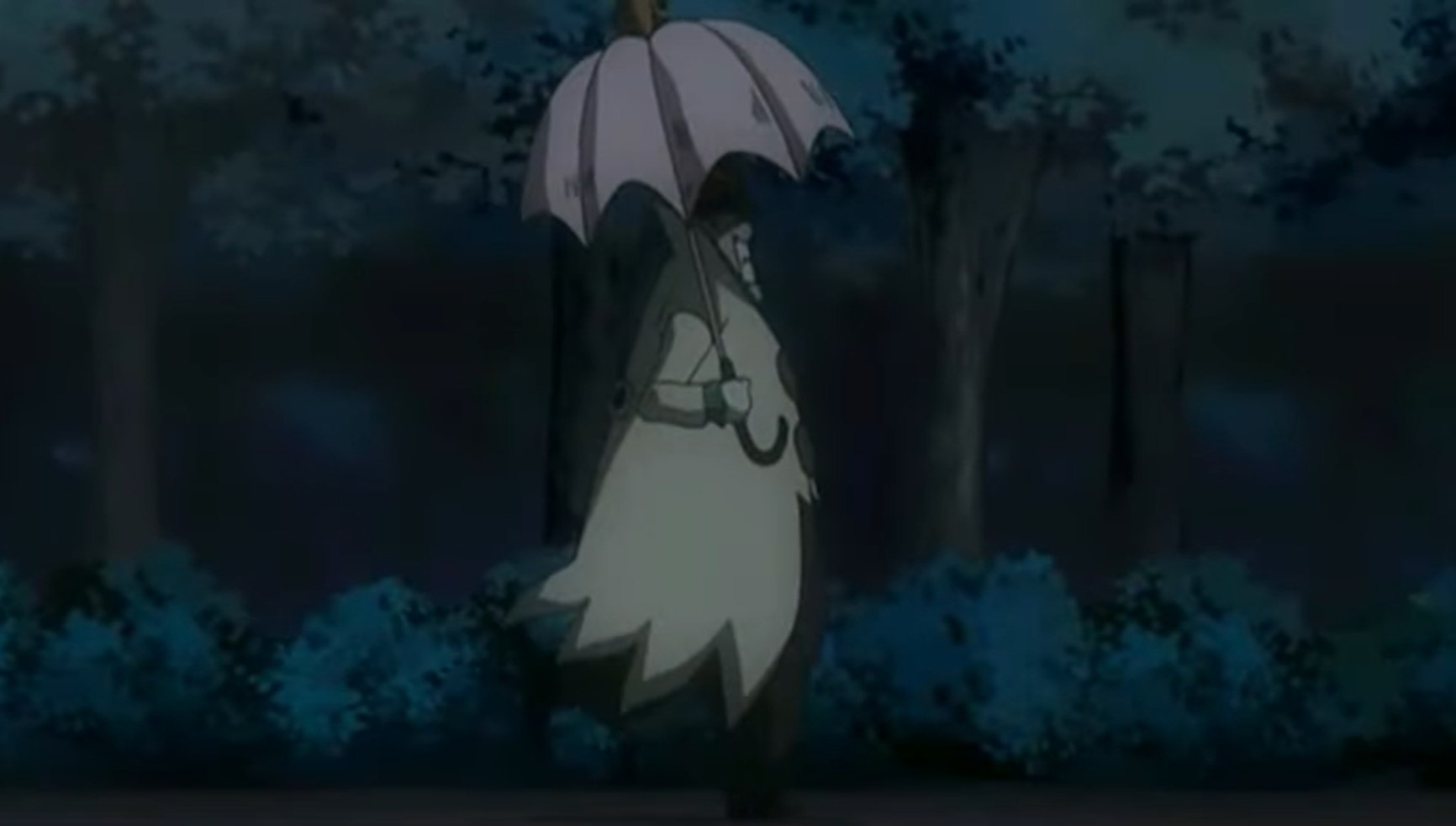 Earl has evil intentions for the constant trickery in Akuma’s creation. Also, for the destruction of humanity. Even he is displayed as a manipulative side, who is capable of acting out sheer and sadistic malice.

He always seems to act like a carefree, friendly, and cheerful character who is almost like a friendly old uncle. Being an adventure fiction, you can enjoy this character who plays happily with the lives of people. 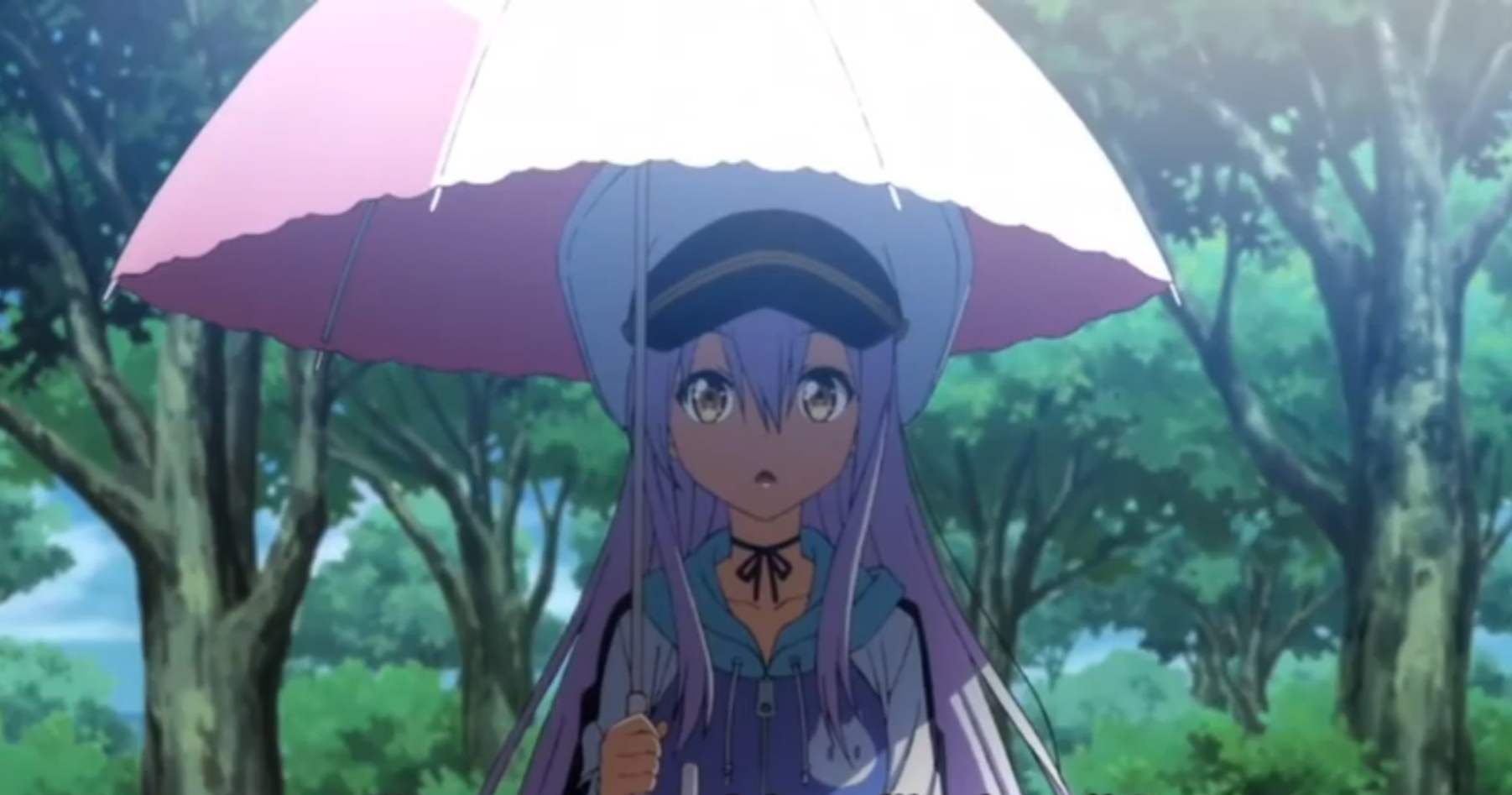 Rinne is the main character in the ISLAND. She lives a nocturnal lifestyle and has a hit of a recluse. Also, she is quite positive and, over time, shows a more childlike side. Rinne is stubborn and particularly pays close attention to the ages of other people.

Even to her fellow islanders, she remains a mystery, due to which little is known about Rinne. Around Setsuna, she is especially more natural and easily shows her emotions ranging from anger to affection. You can watch this Sci-fi anime and learn about Rinne and her adventures. 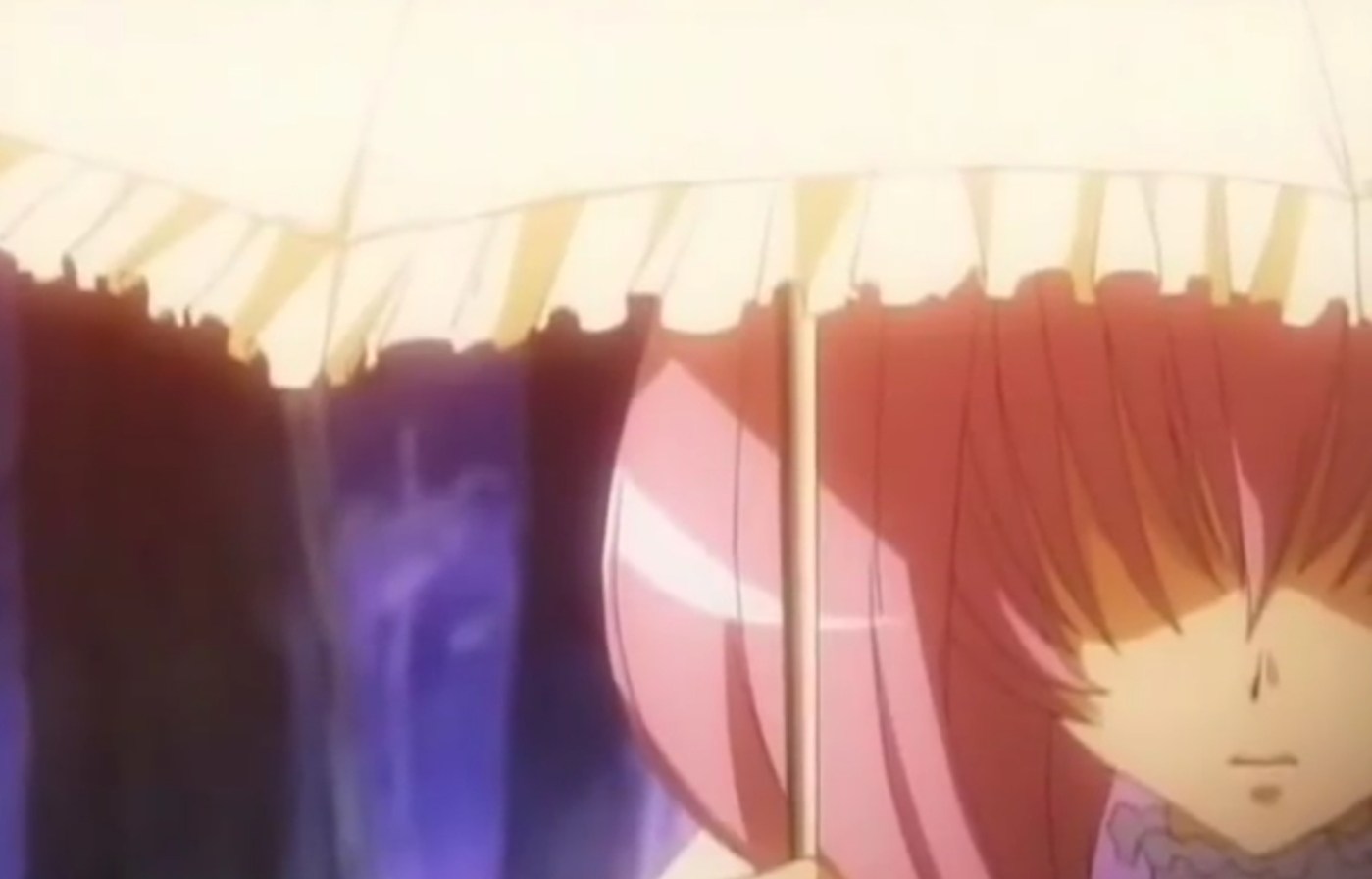 Originally, Elda was in love with Alfred Sinclair, the ancestor of Winner Sinclair and human botanist. The Father of Alfred tried separating this young couple, who believes that humans and vampires could fail to coexist. Within the house, Alfred is locked but escapes just to see Elda before she is attacked by the town mob at her home.

Later, it is revealed that despite his momentary lapse, Alfred’s love for Elda is strong enough. You can get to know more about their love story and the character Elda by watching this romantic anime. 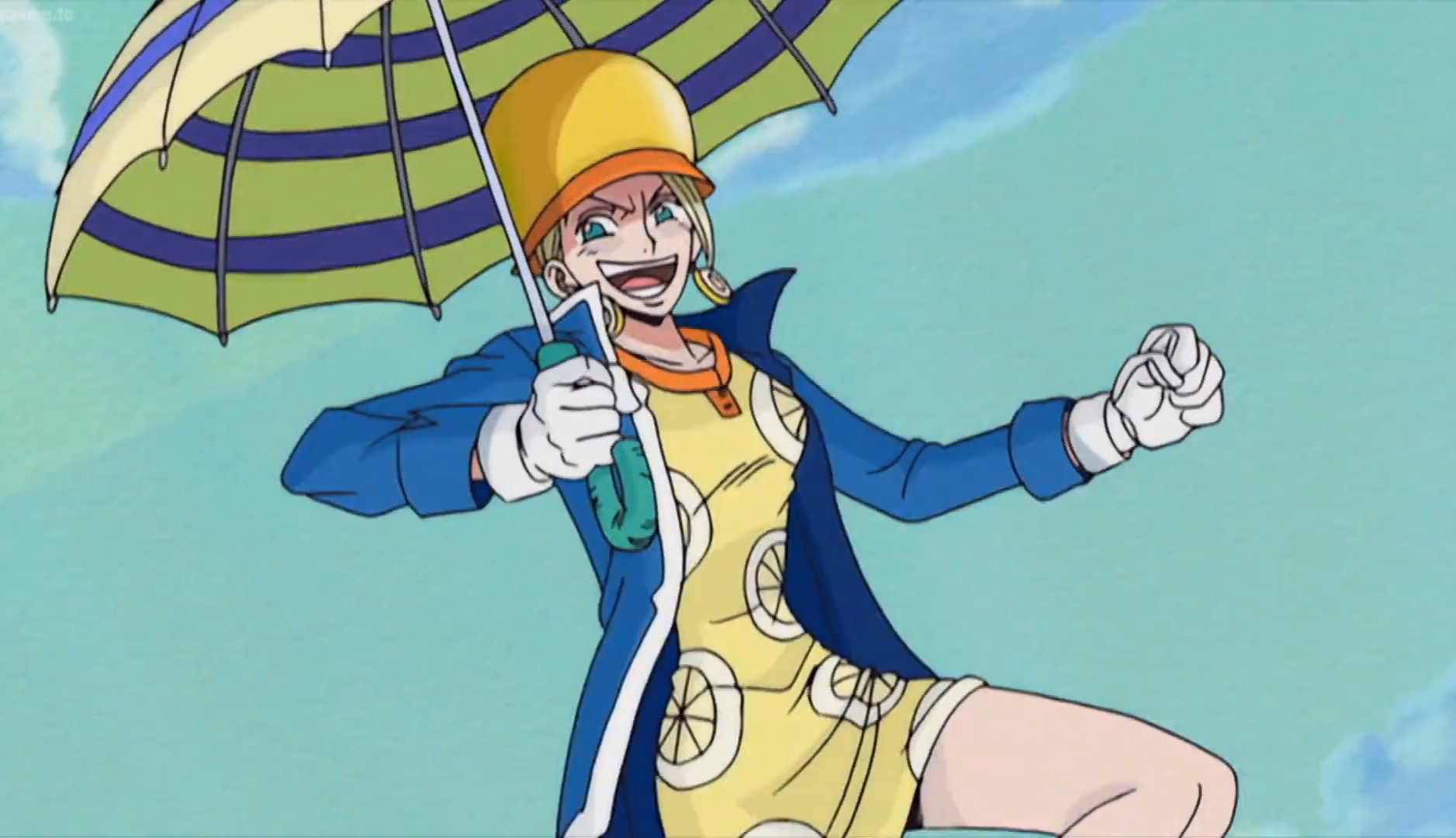 Another character from One Piece is Miss Valentine, who is a tall young woman with dark eyes and short blonde hair. Overconfident, Miss Valentine fails to take her opponents seriously and also greets any circumstances with a light-hearted laugh. She is quite confident in her abilities because of being a Baroque Works officer agent.

Also, she dislikes being ignored, particularly while she is attacking. Miss Valentine chosen method of dealing with Usopp shows her preference for unwanted cruelty. You can see the adventure of Miss Valentine by watching this masterpiece. 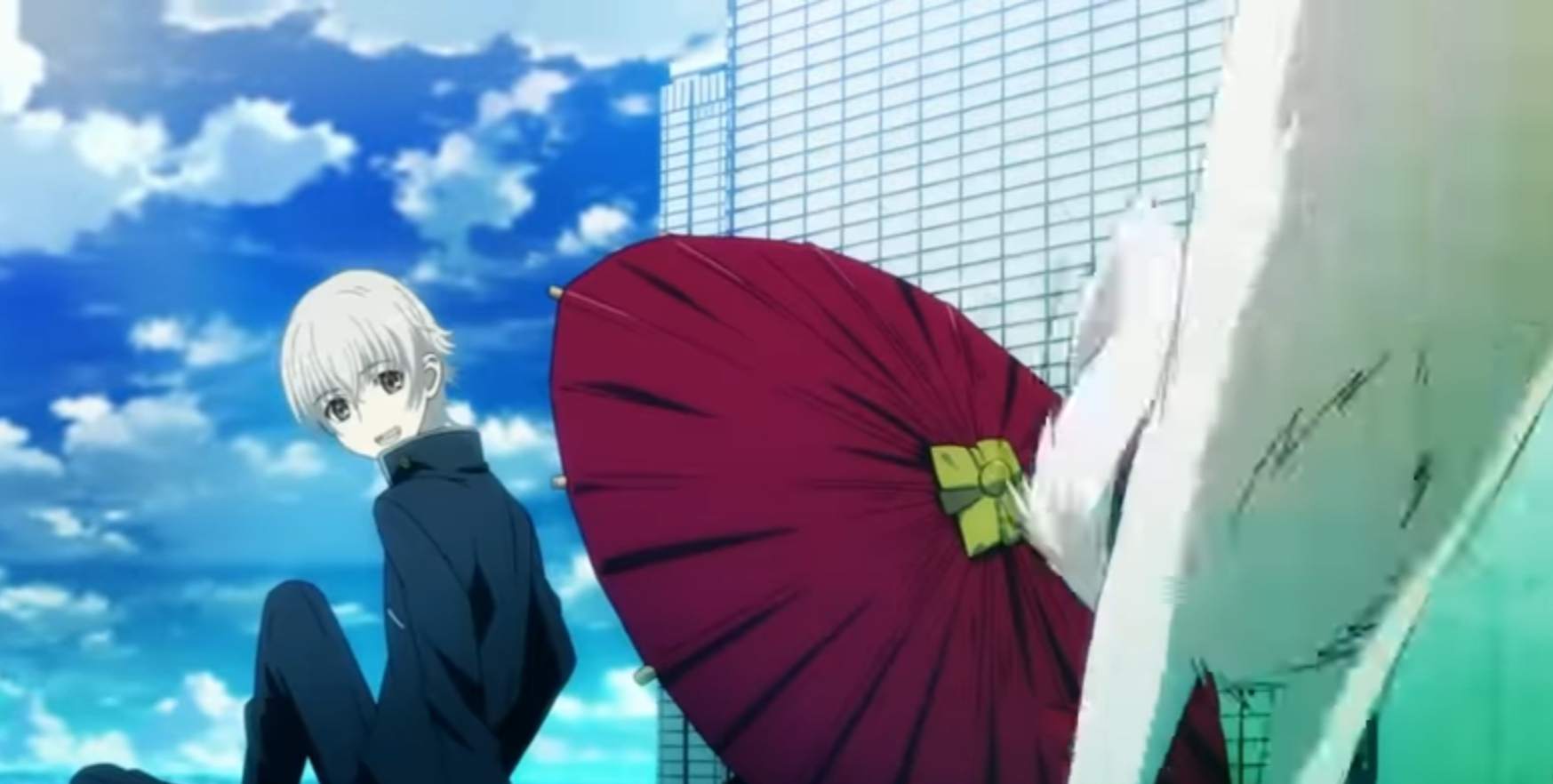 During Yashiro’s years as a researcher, he was very encouraging and optimistic about his experiments. Also, he deals with his identity loss very well just by not questioning much and following his heart instead.

Even most of his original personality was retained after assuming a new body, for instance, being very carefree and charismatic.

There is a positive side of Yashiro’s personality that other people trust him easily. However, the negative side is that Yashiro trusts his life to total strangers as well. Switch to this action anime right now and go through where Yashiro’s destiny takes him. 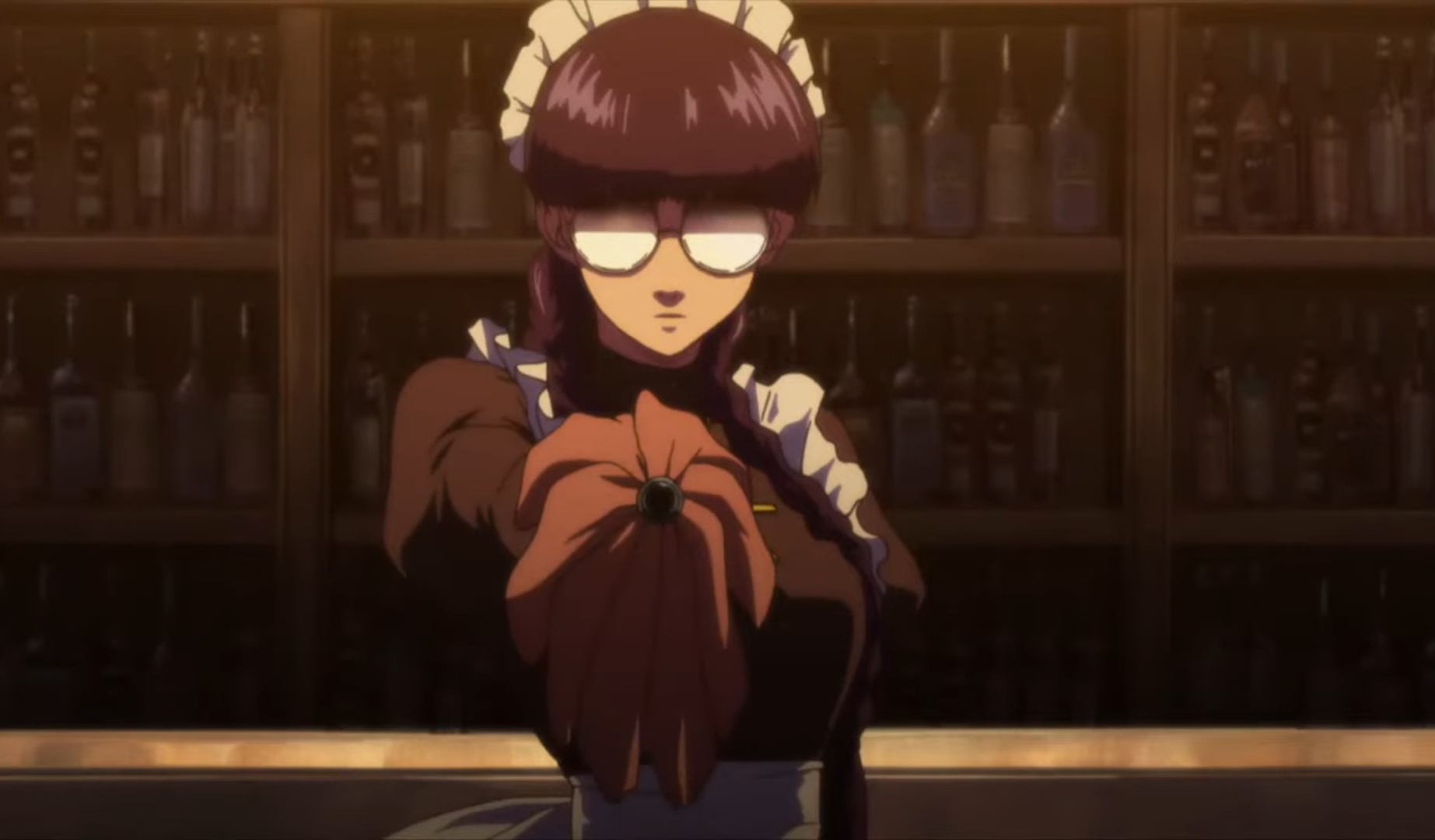 In the Black Lagoon, Roberta is portrayed as a pale-skinned young woman with dark purple waist-length hair. When Roberta becomes angry, she indeed turns into a spine-chilling rival. However. she is a considerably well-mannered lady despite her ugly past.

In the Blood Trail arc of Roberta, her demeanor shifts dramatically. Also, there is berserk bloodlust and unhinged rage. Even cast aside her typical reserved mask of soft-spoken in favor of completion. So, where does the adventure take Roberta in this mysterious anime? 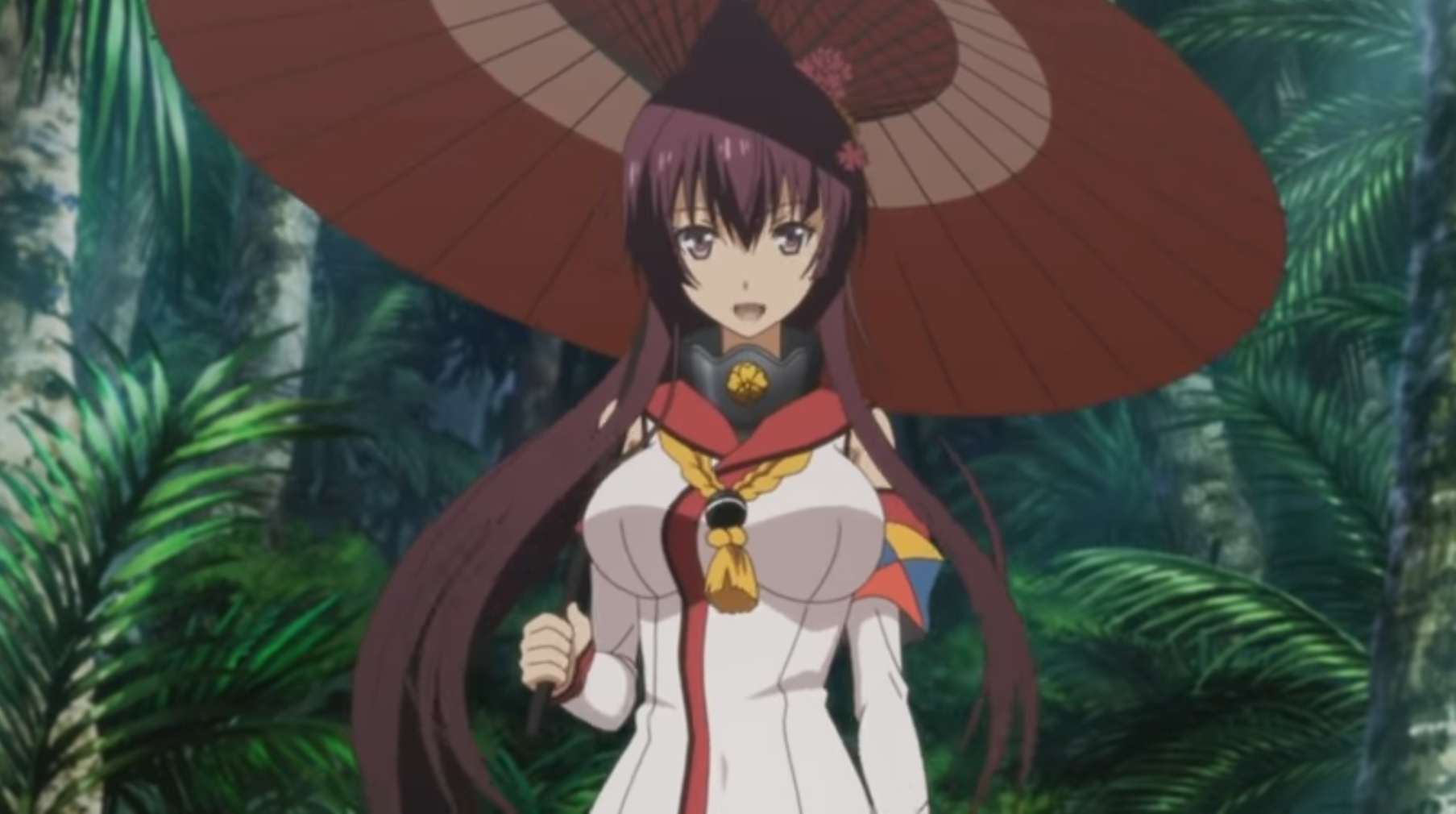 Yamato is depicted to have long brown hair in a ponytail along several cherry blossoms. She often carries an oriental umbrella along a shaft based on the distinctive mast of a battleship.

However, she lacks combat experience because the real Yamato fail to have been extensively used in several naval operations. Also, Yamato tends to speak in a very honorific/polite and third-person manner. You can enjoy watching his character in the anime, having lots of plots. 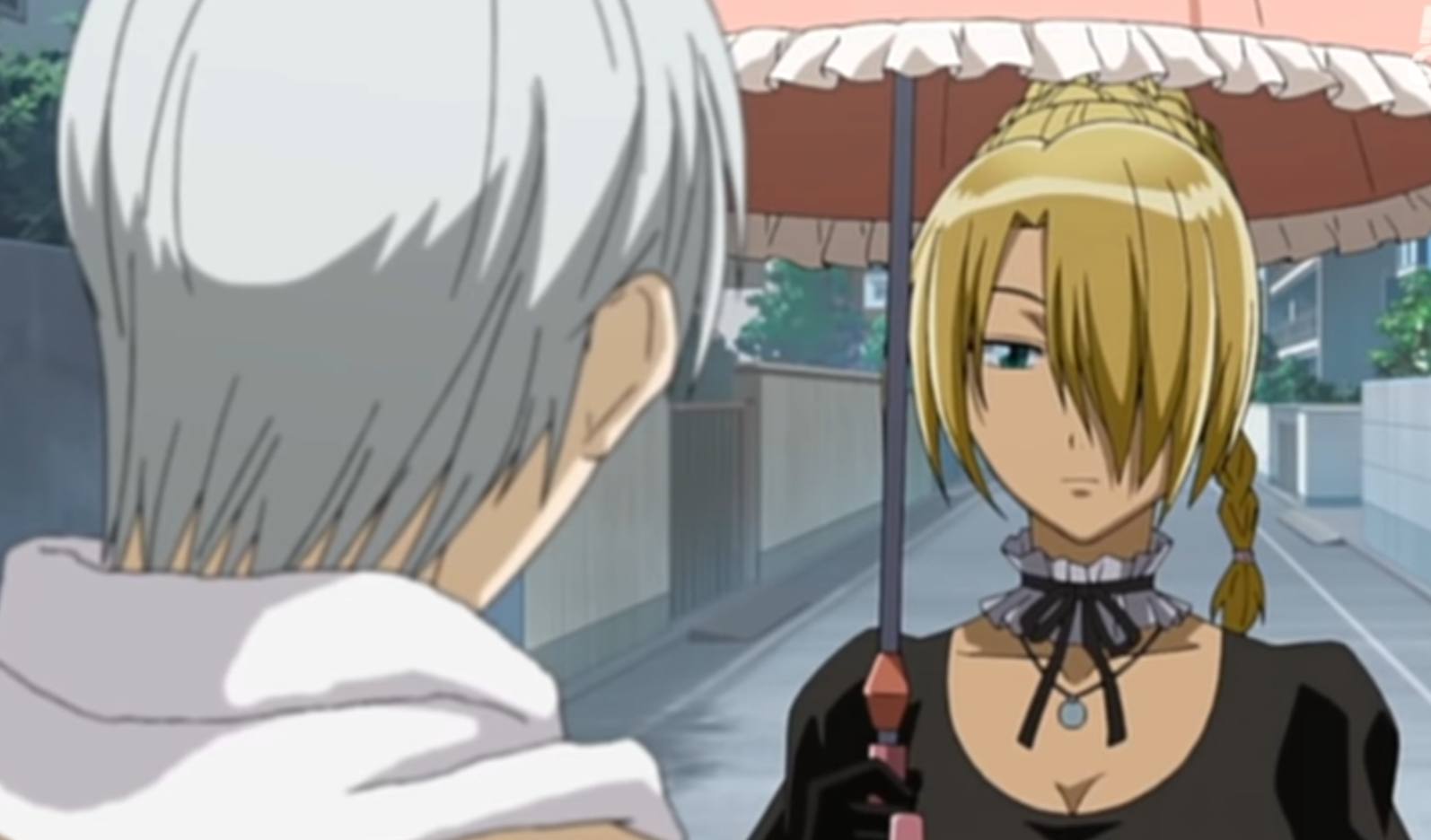 Last but not least, the final character on our list is Hildegard. She is a charming young woman having glossy blonde hair, usually tied in a bun and covering one side of her face. Also, she knows more about the current situation in comparison to any of the other protagonists.

Generally, Hildegard displays an impassive and cold demeanor. While fighting, Hildegard shows complete confidence in her power and skill. Mainly regarding her opponents calmly and taunting them during the battle. Kill your boredom by watching this comedy anime and enjoy this beautiful character’s role.

To most anime characters, umbrellas are a marker of shields and rain. However, for others, it might be accessories or weapons, not for rain but for their styling and safety.

Even some characters use them as a kind of weapon to defeat their opponents. Overall, umbrellas can also be counted as something due to which anime characters with umbrellas stand out.