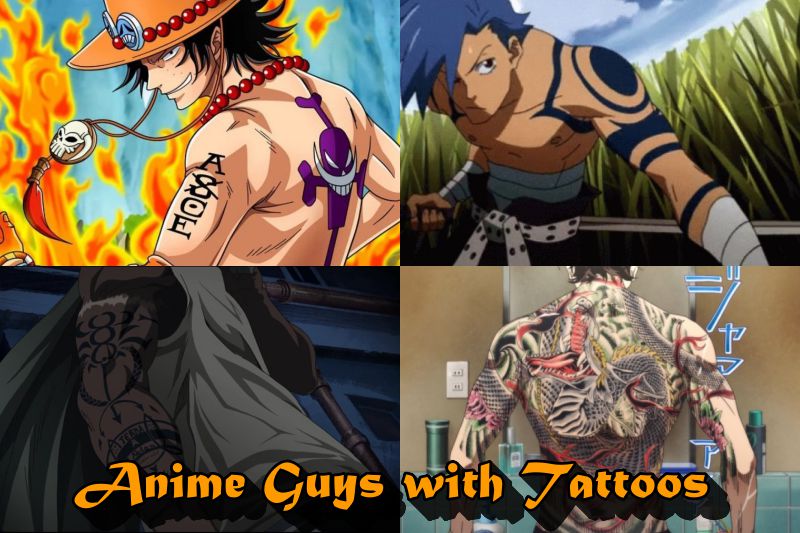 Tattoos are not only cool to look at, but they also often hold special meaning for people. The same goes for the guys in anime. There are plenty of anime guys who have very interesting tattoos drawn on their bodies. Out of them, we’ve chosen 15 anime guys with tattoos and made a list.

To provide better variety, we’ve taken only one character from one anime, so there’ll be several characters whom you might find absent in the last. But that is not because we ignored them; we just chose the characters whose tattoos are very significant. 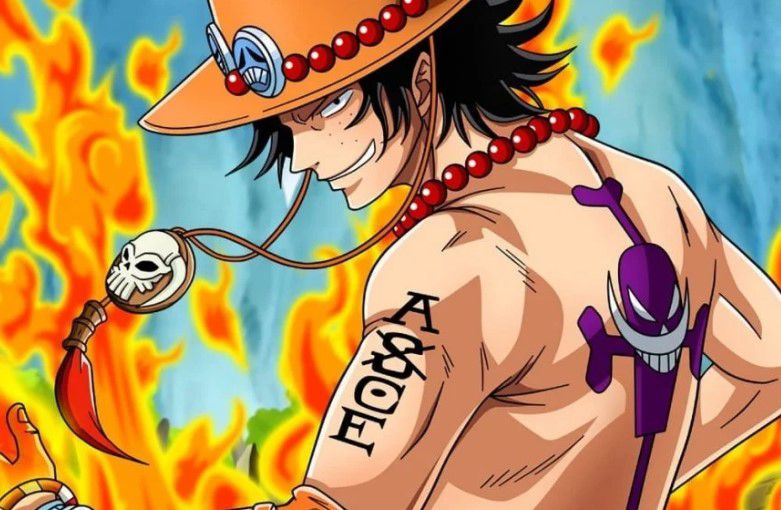 Portgas D. Ace is the 2nd Division captain of Whitebeard Pirates and the sworn brother of Luffy and Sabo in One Piece. He is also the son of Gol D. Roger, the infamous King of the Pirates, and was taken in by Garp at Roger’s request after his mother, Rouge, died.

Ace is a sentimental man, and each tattoo carved on his body is extremely significant to it. He has a huge purple tattoo of Whitebeard Pirates’ jolly roger on his back as well as four vertically drawn letters on his left upper arm.

Each letter has its meaning: the A is for Ace, the crossed S is for Sabo, who is believed to be dead, the C is for Crybaby, which is meant for Luffy, and the E is for Edward Newgate, the real name of Whitebeard. 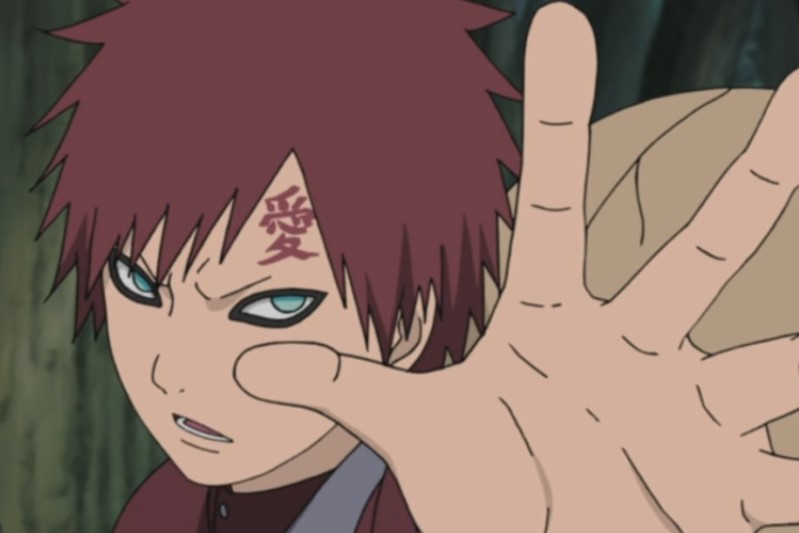 Gaara is the 5th Kazekage of Sunagakure and the former jinchuriki of the One-Tails, Shukaku. Introduced as a villain in the story, Gaara is revealed to be a lonely soul who was feared by everyone and suffered through his pain and misery all alone his whole life until he was understood and defeated by his fellow jinchuriki, Naruto.

Isolated from everyone and hated by his father, young Gaara craved love and acceptance. After being betrayed by the only person he thought loved him, the boy was miserable and carved the kanji letters of “love” on his forehead. Gaara’s love tattoo is red and is placed on his left forehead. 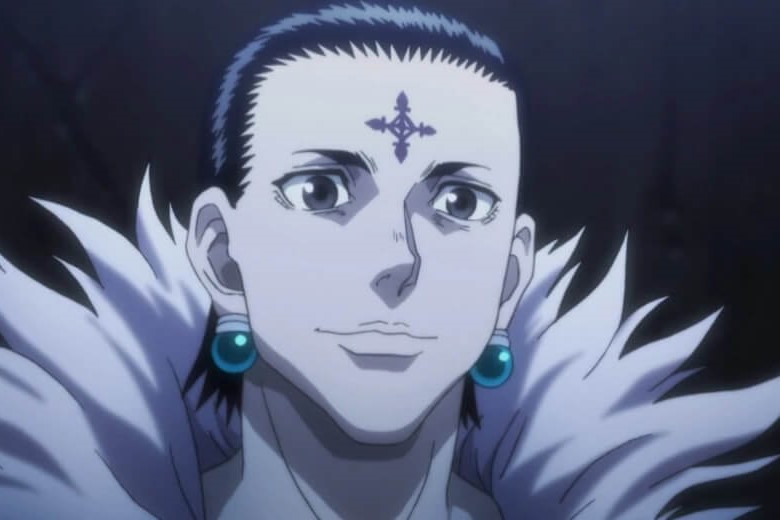 Chrollo Lucilfer is the leader of Phantom Troupe, the criminal group consisting of 13 members. The group is often termed the Spider, and each of its members is considered a leg, with Chrollo being the head of the spider.

A very powerful and dangerous Nen user, Chrollo is also an intelligent and merciless man who’s only loyal to his group.

Chrollo’s most distinguished feature is the cross tattoo drawn on his forehead. The gothic-looking cross tattoo is covered by the man when he wants to hide his identity and disguise himself as someone else. The tattoo goes well with Chrollo’s character design, enhancing his darkness more. 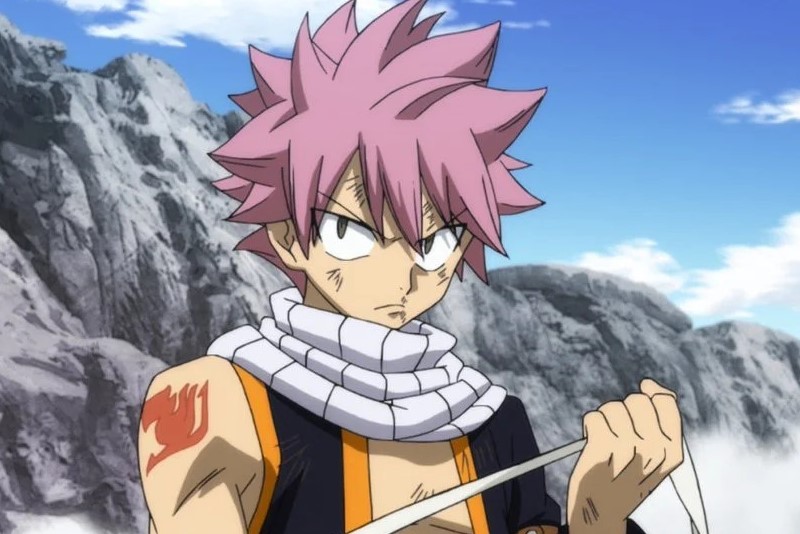 Natsu Dragneel is the Fire Dragon Slayer and a Mage of the guild Fairy Tail. Searching for his adoptive father, Igneel, Natsu sets off on various fun adventures, tagged along by his Exceed partner, Happy, and his fellow guildmates, Lucy, Erza, Gray, and Wendy.

Like every other Mage and guild member, Natsu also has a tattoo of his guild’s logo. He has a red Fairy Tail logo tattooed on his right upper arm, just below his shoulders. The logo represents his affiliation and loyalty to his guild. 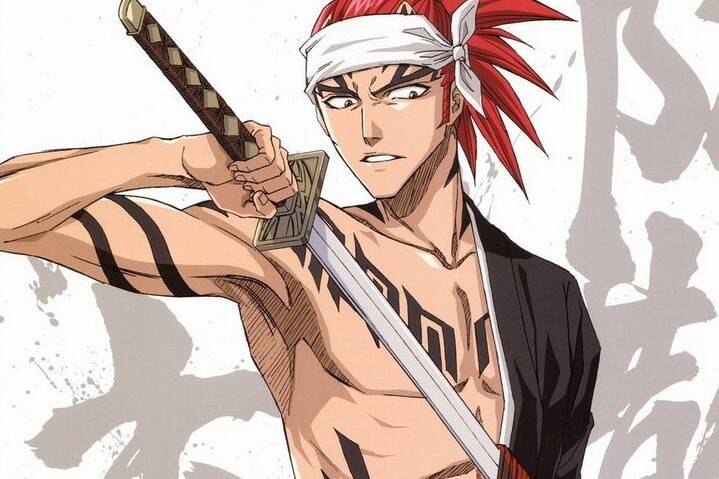 Renji Abarai is the vice-captain of the 6th Division of Gotei 13 under his captain, Byakuya Kuchiki. He is an old and very close friend of Rukia and a former classmate of his colleagues Izuru Kira and Momo Hinamori. He also owns a Zanpakuto called Zabimaru.

Renji has several tattoos on his body. His whole upper body is covered by a number of tribal tattoos, reaching down to his biceps and waist. He also has symmetrical tattoos on his face, covering from the top of his eyebrows to his hairline. 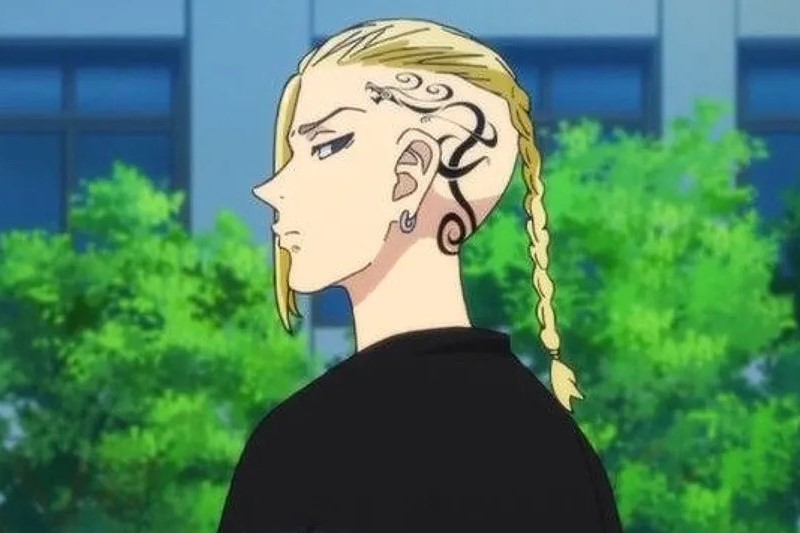 Ken Ryuguji, or Draken, as he is more popularly known by his peers, is a middle school student and the vice-captain of Tokyo Manji Gang. He is the best friend of Mikey, the gang’s captain, and is extremely loyal to him.

Draken has a dragon-shaped tattoo on the left side of his head which he keeps exposed. The cool-looking dragon tattoo was originally designed as graffiti by Takashi Mitsuya.

Impressed with the design, Draken wanted a tattoo of it, leading to boys becoming friends and having matching tattoos. 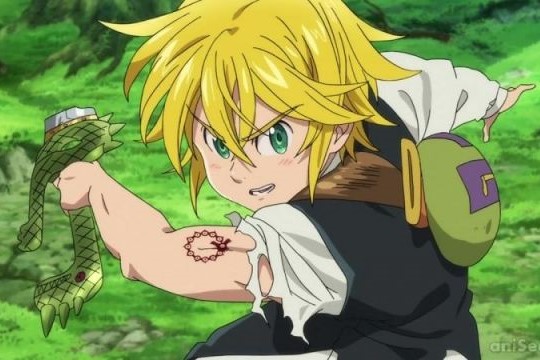 Meliodas is the Dragon’s Sin of Wrath and the leader of Seven Deadly Sins. He’s actually a Demon and the son of the Demon King who fell in love with Elizabeth, a goddess, and abandoned everything for her, only to be cursed into an eternal life of pain where he has to see the love of his life die in front of him again and again.

On his left arm, Meliodas has a dark red dragon tattoo which is in a distinct cyclic shape: the ouroboros. The ouroboros tattoo is the mark of Meliodas’ Demon heritage and represents eternity. 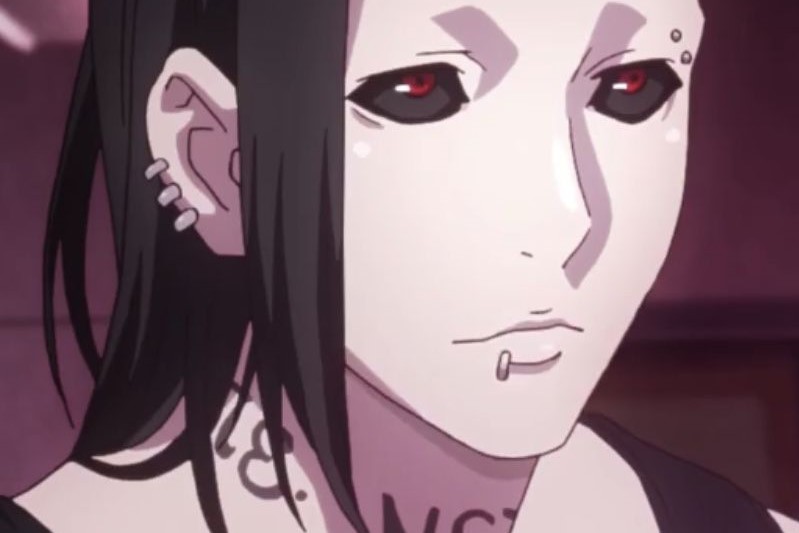 Uta is a Ghoul who sells masks to both Ghouls and humans. He owns the HySy ArtMask Studio and is an old friend of Renji Yomo and Itori. Uta is a deadly Ghoul known to the CCG Investigators as No Face.

Uta has a number of tattoos and piercings on his body. He has a collar of the tattoo around his neck and two sleeves of intricately drawn tattoos, as well as a distinct sun-shaped tattoo over his heart.

When questioned about his black sclera, he says it’s a scleral tattoo, and he has ink injected into his eye to hide his identity as a Ghoul. 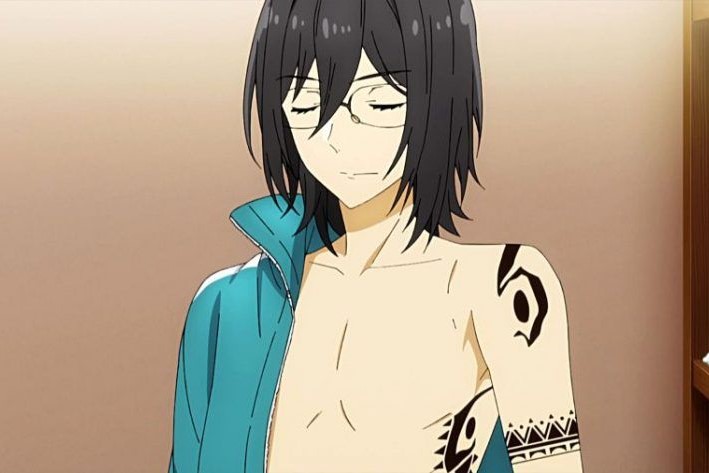 Izumi Miyamura is a high-school student who spends his school days as a loner and misunderstands by his classmates, who think of him as a gloomy guy with weird hobbies. After a chance encounter with Kyoko Hori, his popular classmate, outside of school, Miyamura’s world finally finds color.

A sharp contrast to his appearance and persona in school, Miyamura is an impulsive guy who has tattoos drawn on his body without thinking of its consequences. He has pretty cool-looking black tribal tattoos all over the left side of his body and one on his left bicep. 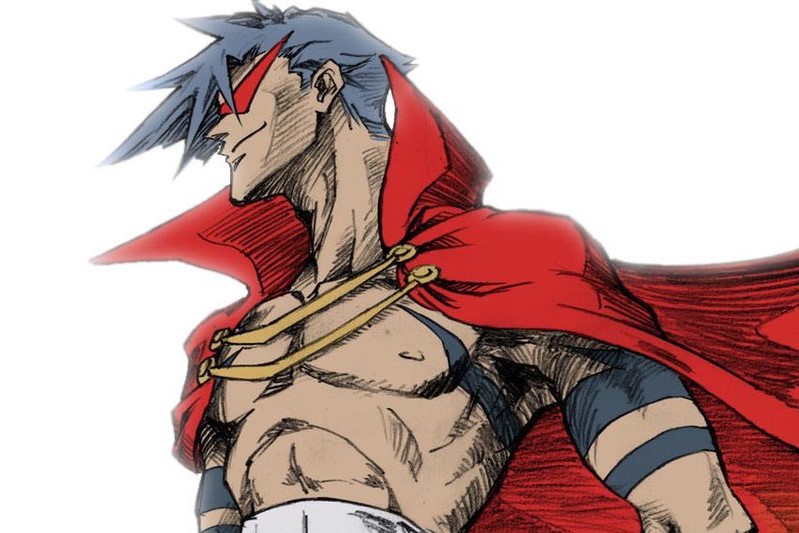 Kamina is the founder and first leader of Team Gurren. He’s a young man from the Giha Village who becomes somewhat of a mentor for the timid and weak-willed Simon. Kamina dreams of leaving the underground village and longs to be in the surface world and is determined to make his dream a reality.

Kamina has a muscular body and tanned skin with blue tattoos around both his shoulders that reach down to his upper arms. The tattoos have a tribal-like feel and complement Kamina’s looks and personality splendidly. 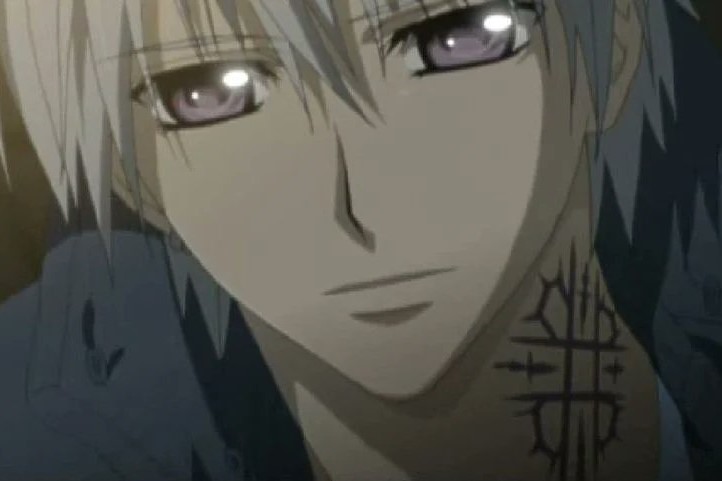 Born into a vampire hunter family, Zero Kiryu was unfortunately bitten by a vampire after his family was killed, save for himself and his twin brother, Ichiru. After the incident, he is taken in by Kaien Cross and enrolls in Cross Academy.

Zero has a tattoo on the left side of his neck. The tattoo is actually a hunter’s Seal which locks away the vampire side of Zero. The tattoo is intricately designed and grows into vine-like structures when Zero thirsts for blood. 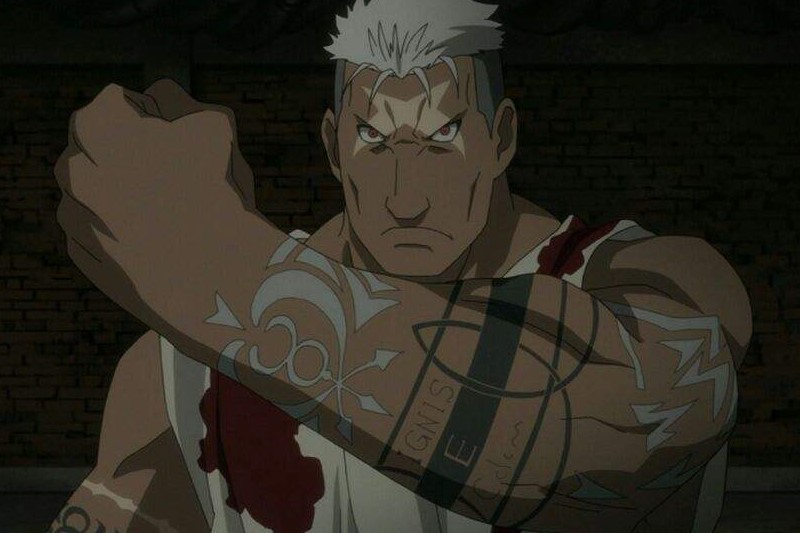 Scar is an Ishvalan man hellbent on revenge after his whole race of people was killed in a war against the Amestris military. Initially, trying to kill the state alchemists, who were the biggest weapon of Amestris during the war, but eventually gets tangled in the sinister plans of the Homunculus.

Scar’s arms are adorned with an array of complex alchemical tattoos given to him by his elder brother, who died in the Ishvalan War.

The tattoos are the results of the research Scar’s brother was doing, combining the science of Amestris alchemy and Xingese alkahestry. The tattoo on the right arm is designed for deconstruction, while the one on the left arm is for reconstruction. 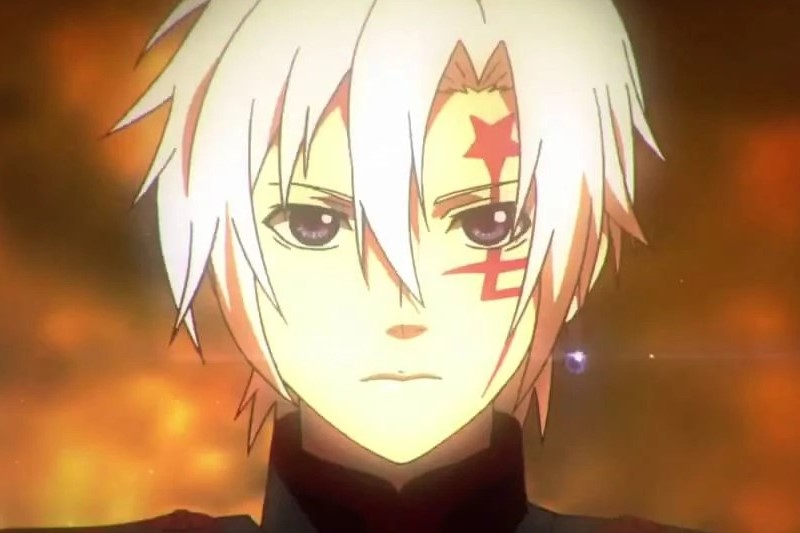 Allen Walker is an Exorcist who, after the death of his adoptive father, Mana, proceeds to bring him back to life, resulting in the dead man turning into an Akuma (demon). Allen then goes on to become the apprentice of Cross Marian.

After turning into an Akuma, Mana curses Allen’s left eye, granting him the ability to see the souls of Akuma. This curse shows on Allen’s face as a red pentagram on the left side of his face and a trail reaching down his eyes and ending on his cheek. 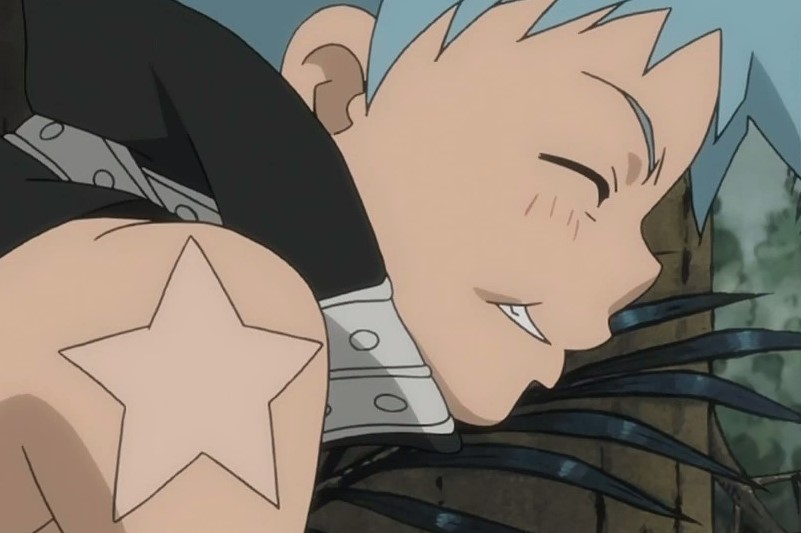 Black☆Star is an assassin and a shadow weapon meister at Death Weapon Meister Academy, as well as the last survivor of the infamous Star Clan. His weapon partner is Tsubaki Nakatsukasa, a multi-form demon weapon.

As a member of the Star Clan, Black☆Star has a star-shaped tattoo on his right shoulder. The tattoo is colored lighter than his skin tone, and it is a symbol of his heritage.

15) Tatsu (The Way of the Househusband) 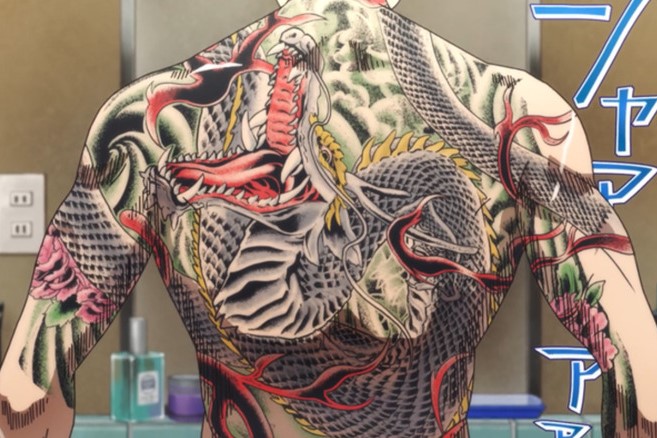 Tatsu was once a legendary Yakuza gang member famed as the “Immortal Dragon” who left the world of crime and violence behind to be with his wife, Miku, and support her as a doting full-time househusband.

As the Yakuza traditions go, like every other member, Tatsu’s body is also covered with various tattoos. A gorgeously colored and designed dragon tattoo covers his entire back and reaches down to his pectorals and forearms.

Significant and stylish, tattoos add an extra layer to the personality of a character. Some are chosen by the wearers for special meaning, and some are given by circumstances, but all of them are important. With this, we’re done with our list of 15 anime guys with tattoos.