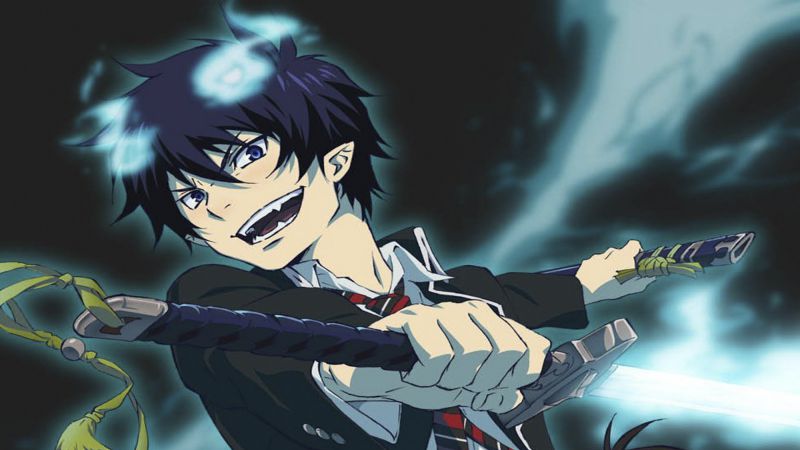 Action Anime are the most highly sought-after series on any streaming platform. There is a bunch of them available to us, and some of them are far above the rest in terms of quality. On that note, let us take a look at the top 20 best action anime on Netflix.

We will be ranking them based on their respective ratings on MyAnimeList. We will also provide the number of episodes available for each of them so that it is easier for you to navigate.

Plot – The story revolves around Baki Hanma, who has only known fighting since his birth. He has trained himself under every form of martial arts possible with the sole goal of defeating his father.

Once he realizes that he needs to learn more about new techniques, he sets out on a journey in search of a new challenge and progresses slowly towards his end goal.

Plot – This Netflix Action Anime is about Kirigaya Kazuto, who finds himself trapped in a virtual reality game. He soon finds out about a deadly twist whereby all of their lives are at stake, and they need to come up with a plan to save themselves.

The only path that lies ahead of them is to clear all the stages and reach the top to finally defeat the ultimate boss.

Plot – In this action anime on Netflix, we find ourselves engrossed in the story of gladiators. They are powerful fighters hired by businesses to settle their business deals. Ohma Tokita is one such gladiator who goes by the nickname of “The Ashura” and is looking to prove his worth.

Plot – Akame ga Kill is one of the best action anime on Netflix and involves a band of assassins. They have gathered together to secretly execute their plan of overthrowing the current Prime Minister.

However, this task is not going to be easy as they will be faced with numerous challenges on their way and learn about the true meaning behind being an assassin.

Plot – Blue Exorcist is a mind-blowing story with lots of twists about Rin Okumura, who appears to be a simple boy at first glance. However, there is more to his story as he finds out one day that Satan is his father and he wants him to return back to the demon world.

Rin refuses and rebels against him by beginning his training to become an exorcist. He decides to push himself to the limits in order to defend Assiah from his father with the help of his brother, Yukio.

Plot – Dive deep into this magical adventure where our heroes embark on a journey of magical activities. In this story, the center of attention is a guild named Fairy Tail which stands out among the rest.

A young mage by the name of Lucy gets invited to it by Natsu Dragneel, who is on his own journey of finding his father. They band up with two more members as they look forward to making new friends while warding off evil.

Plot – This is one of the best action anime on Netflix that recently concluded its last episodes. The anime involves a group of seven knights who were wrongfully accused of betraying their homeland.

Ten years later, they gather together again and try to end the tyrannical rule of the Holy Knights. Watch as mind-blowing twists and revelations pop up one after the other throughout the course of the story.

Plot – Devilman is a short yet engaging action anime that can be found on Netflix. The protagonist of this story is Akira Fudou who decides to merge with a devil in order to save his friend, Asuka.

Now, Akira must work as a Devilman with his friend in order to destroy the evil lurking in the shadows.

Plot – Bleach is a classic action-anime on Netflix that involves a high-school student named Ichigo Kurosaki. His fate changes after meeting a Soul Reaper named Rukia.

After that Ichigo decides to accept the offer of becoming a Soul Reaper in order to protect his family. He later teams up with some of his classmates and train to protect the world from hidden threats.

Plot – In this story, we follow the journey of a 15-year-old girl named Kagome Higurashi. She accidentally travels back 500 years into the past and becomes the host of a wish-granting jewel.

Naturally, she is chased by pursuers which leads her to seek the help of hybrid dog-demon in order to help her protect the jewel.

Plot – As the name suggests Soul Eaters are individuals capable of transforming into a deadly demon weapon that can bring about mass destruction.

We follow a Soul Eater by the name of Evans who wishes to become a Death Scythe by consuming souls. He joins up with fellow students of Shibusen as they also need to protect their city from deadly threats.

Plot – A young ninja named Naruto wishes to become the Hokage of his village in this action anime available on Netflix. However, being Hokage is not child’s play as he needs to train rigorously under his master Kakashi while teaming with two other students named Sakura and Sasuke.

These three set up on an epic adventure in the ninja world as dark mysteries of the past begin to appear one by one.

Plot – This anime takes us to various parts of the world as Jojo and Dio continue to clash with each other. It all started after Dario was saved by Joseph Joestar.

However, this wasn’t taken well by his son Dio who made a sinister plan to seize all the properties of the Joestar family for himself.

Plot – Kill la Kill is a highly underrated action anime on Netflix in which we follow the journey of Ryuuko Matoi. She is in search of her father’s killer which brings her to Honnouji Academy.

She suffers a humiliating defeat at the hands of elite four but later manages to find a “Kamui” for herself. This encourages to train and challenge the Elite Four once again.

Plot – Humanity is at the edge of destruction in the year 2015 and only the Nerv organisation can save them. Meanwhile, a 14-year-old boy with the name of Shinji Ikari gets his life altered after being sucked into the depths of Nerv where he has to take command of Evangelion Unit-01.

Plot – Berserk is based on the story of Guts who was born from the dead body of his mother. He has an enhanced sense of survival instinct and joins the Band of the Hawk. He soon starts climbing up the ranks in the band and comes to the realization that the world around him is not all black-and-white.

Plot – This action anime available on Netflix revolves around humans and titans. Eren Yeager is the protagonist of this story who swore to take revenge for his mother’s death on the titans.

Things take a sudden turn for him when he ends up transforming into the thing he hates the most. Now he has to find a way to control his newly found powers and learn the mystery behind all of them.

Plot – Saitama has a dream of becoming the hero and he starts training to fulfil it. However, he trains so much that he becomes overpowered and is able to defeat any opponent with a single punch.

He later decides to join the Hero Association along with Genos and begins their action-filled journey.

Related- Top 20 Most Popular Characters in One Punch Man (Ranked)

Plot – As the title suggests, this anime is about Hunters who are recruited to perform a variety of tasks ranging from treasure hunt to capturing criminals.

Gon is one such hunter who sets out on a journey to find his father who had left him alone long ago. In his journey, he comes across Leorio, Kurapika and Killua who all decide to accompany him while trying to fulfil their own goal.

Plot – In this anime, we follow the story of two brothers named Edward Elric and Alphonse Elric. They try to use alchemy and bring back their dead mother.

However, it leads to devastating consequences as owing to the law of equivalent exchange they lose their body parts. Now they need to find the Philosopher’s Stone in order to recover their original body and return back to normal.

This concludes our list of the best action animes to watch on Netflix. They are sure to keep you entertained throughout with their fast storyline and great fighting scenes. We will be back again with another top 20 list. Till then, stay tuned.

Q1- Which country Netflix has the most anime?

Ans- US Netflix has most anime.

Q2- Which is the best action anime on Netflix?

Q3- Which is the best action-comedy anime on Netflix?

Ans- One Punch Man is the best action-comedy anime on Netflix.

Q4- Which is the best romance action anime on Netflix?

Ans- Naruto is the best romance action anime on Netflix.

Q5- Which is the best-dubbed action anime on Netflix?

Q6- Which is the shortest action anime on Netflix?

Ans- One Punch Man is the shortest action anime on Netflix.

Q7- Which is the longest action anime on Netflix?

Ans- Naruto is the longest action anime on Netflix.