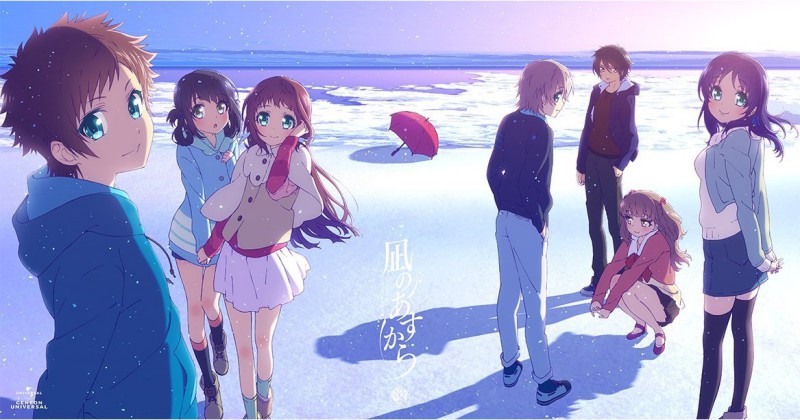 Nowadays, everyone is aware of the word Anime, but what exactly is it? In simple terms, Anime means all types of animated works in Japan. Regardless of their origin or style, be it hand-drawn or computer animation. The most interesting part is that Japanese viewers consider any series as Anime. It doesn’t matter if it’s made in Japan or other countries.

The first anime series broadcasted on TV was Instant History, but the most successful series was Astro Boy. Moreover, the latter was even popular in the western country. An intriguing plotline, along with well-made characters in an anime, is what attracts audiences. However, the animation is equally important as it is what makes any series eye-catching and colorful. So, hold on tight as today we will be discussing the Top 15 Anime with Best Animation. We will only take anime series, i.e., no anime films.

Plot –  A-1 Pictures Studio brought this anime to the viewers and follows the story of Kazuto, nicknamed “Kirito”. The series became well known for not only its intriguing storyline but also for its animation. The story is set in a world where people can control their game characters through thought. Everything is fascinating until one can’t log out before completing the levels.

Plot – Another one of the animations set in a futuristic world and humankind is on the brink of extinction. The world is plagued by man-eating monsters called Aragami and only special humans called “God Eaters” can kill them. The protagonist of this story is Lenka whose God Arc can shift into both gun and blade. If they fail to kill the monsters then it is the humans who will perish.

Plot – Besides having one the best graphics, it is action-packed and has a unique storyline. The title “K” actually stands for Kings in this story and the story begins when one of the King’s clansmen gets murdered. And the video spreads widely. Yashiro gets accused of the crime and the murder mystery soon turns into a full-blown war among the Kings.

Plot – What happens when ones’ known city turns into a hotspot for supernatural creatures? Well, that’s what happened to New York City, now known as Hellsalem’s Lot, after a portal opened three years ago. And to maintain peace in the city, the Libra organization has been established. Meet Leo, who gets more than he bargained for after he obtains supernatural eyesight.

Plot – The story is set in a fantasy world where Gods, Demons, Angels, and humans exist. And Bahamut is none other than the ancient dragon. It was also responsible for the near destruction of the world of Mistarcia thousands of years ago. Only the joined efforts of Gods and Demons managed to seal the dragon and split the key among themselves. But history repeated once again when Amira possessed one part of the key.

Plot – Meet Mirai Kuriyama, the last surviving member of Spirit World Warriors, and can use their blood as weapons. Moreover, she is responsible to hunt down every youmu creature. But her life changes when she meets Akihito, a half youmu human, and forms a friendship with him. Will their friendship be put to test? Besides, their adventures also soon turn into battles for survival.

Plot – The story of this animation is set in a fantasy world where humans used to live undersea long ago. But over time some of them moved to live on the land and lost their ability to breathe underwater. Hikari Sakishima and Manaka Mukaido along with their childhood friends, due to unfavorable circumstances, are forced to leave the sea and live on the land. But there is always a difference between diverse people.

Plot – Looking for some mystery along with school life? Then this is one’s anime. The story begins when Houtarou Oreki, a normal high schooler, gets dragged by his sister to join the Classics Club. And from then on, Oreki and his three other friends get involved in the club’s 45-year-old mysteries. The most interesting part is this show teaches one that normal life can be full of mysteries and cannot be ordinary.

Plot – The story follows Shirou who finds himself in the middle of a war between several Magi and the Holy Grain. In this world wizards known as Magi exist and they command Heroic Spirits known as Servants to battle in their stead. His classmate Rin also enters the war and eventually they end up forming an alliance.

Plot – This story not only has a supernatural setting but also a game theme. The story revolves around the sister and brother duo who are behind the legendary online gaming name Blank. And like any fantasy world, they meet Tet, the God of Games, and they are tasked to complete each game. And finally, they realize the meaning to keep on playing, i.e., to defeat Tet and become Gods themselves.

Plot – The series follows the story of Koyomi Araragi and his misadventures. All of this starts the day when Araragi gets attacked by a vampire and an odd man named Oshiro saved him. But his normal life changed after he retained supernatural properties after turning back into a human. And now he tries to help people suffering from supernatural maladies.

Plot – The protagonist of this animation is Tanjirou Kamado, who has to support the family after his father’s day. One day, his life takes a turn when he finds his whole family massacred and his sister turned into a bloodthirsty demon. He takes it upon himself to avenge his family and protect his sister alongside the Demon Slayer Corps.

Plot – Another amazing animation from the well-known studio and it easily won millions of hearts of the audiences. This animation tells the story of Violet in a world where it’s still recovering from the war. But as time goes on she ends up working at a postal service and her life takes shape when she starts working as an Auto Memory Doll. And this doll reproduces peoples’ feelings and thoughts, on paper, as words.

Plot – Next up we have an anime series that not only takes one on an emotional journey but also catches attention with its production quality. The story begins with Kousei Arima, a prodigy, who becomes unable to hear his own piano after his mother’s death. He eventually gives up on playing it but it is through the help of Kaori Miyazono, a violinist, that he begins to face his own demons.

Plot – In this anime series, there exists a mysterious abyss, and no one knows what lies at the bottom or how it came to be. And it is the courageous individuals known as Divers who dive into the abyss to discover its mysteries. Riko is another such diver, and her life changes when she encounters Reg, a mysterious robot, in the abyss. Together they decide to venture further, and in turn of events, they discover the dark reality that lies in the abyss.

Plot – Who doesn’t know about this movie? Ever since it was released, it was the talk of the town. Not only it has colorful visual but its storyline is compact too. Get ready to immerse in the mysterious disappearances that revolve around a train. And it is Kyoujurou Rengoku, flame pillar, who takes it upon himself to illuminate the core of the problem. He is not alone, and the new young members of Demon Slayer Corps join along with him.

We have finally reached the end of our post. We have ranked them according to the ratings on Myanimelist and made a list based on research. We hope one enjoyed the list and also let us know which animation one is looking forward to most. We will be back with more recommendation posts. One can also browse through our site for more posts like this. Till then, stay tuned and stay safe.