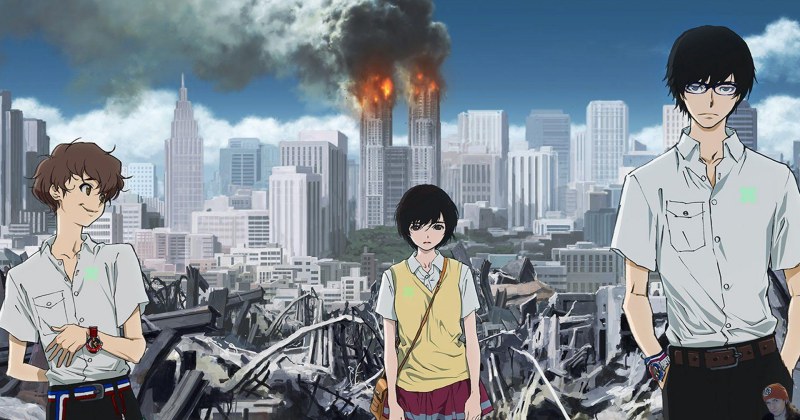 Anime has been gaining popularity steadily over the years. Nowadays, fans from all over the world keep tabs about it and know different types of anime. But most of the time, it is the popular or mainstream animated series that fans watch or know about them. Without a doubt, they are well known for their animation, well-written characters as well as the storyline.

But did one know there are also so-called underrated anime series, and what does it mean? The term is most often used for those series that fans don’t often watch or don’t get the credits they deserve. As a result, many great animations get unknown and unwatched. So, today we will be discussing the Top 10 Most Underrated Anime.

Plot – The story is set in a fantasy world where humans of New York City are forced to live alongside supernatural creatures. The gateway between Earth and Beyond is the reason for the current predicament. And now to keep order in the city organization named Libra is created. What happens when Leonardo Watch who is living his normal life suddenly obtains “All-seeing Eyes of the Gods”?

Plot – The story begins with Favaro, a carefree bounty hunter, who lives a laidback style while on the run from his fellow bounty hunter named Kaisar. And soon their lives take a turn when they befriend Amira, holder of a mysterious key. And this key together with its counterpart can release the ancient dragon named Bahamut. Gods and Demons sealed the dragon thousands of years ago.

Plot – The story centers around Saichi Sugimoto, an ex-soldier, who is looking for gold to keep his promise to his dead best friend. And one day opportunity comes but he only dismisses it thinking it as a mere tale. But things take a turn when he encounters the same thing mentioned in the story. And a girl named Asirpa saves him. Now together they must find the hidden treasure, each with a motive.

Plot – Angelo Lagusa adopted a new name Avilio Bruno after witnessing the Vanetti mafia family murdering his parents and younger brother. As a result, vengeance fills his heart. And seven years later the perfect opportunity arrives in the form of a letter. Upon returning to Lawless city he befriends the son of the mafia family and slowly eliminates the members who partook in the murder of his family.

Plot – This anime is not ones’ usual go-to go anime and the story begins with a terrorist attack in Japan where the word VON is left behind. Police are left with more questions and unable to catch the perpetrators. And six months later, a video surfaces where two teenage boys challenge the police. Those two should not exist yet they persist in a world full of deception and lies.

Plot – Shin Yogo empire has an ancient myth where the first emperor, along with eight warriors, defeated the water demon to save the land from drought. And currently, the water demon manifested in the body of the emperor’s son, Prince Chagum. On the one hand, he will be sacrificed by the emperor. On the other hand, his mother hires a mysterious mercenary named Balsa to protect him from the emperor’s hunters.

Where to Watch – Dailymotion/Gogoanime (Unofficial)

Plot – What will a yakuza do when encountered with a mysterious capsule? Keep it or throw it away? Meet Nitta, a yakuza member, whose daily life gets interrupted after a capsule fall on his head. And upon opening it, a blue-haired girl named Hina emerges out. But who knew she possesses some otherworldly powers. She even destroyed his rival yakuza group! As a result, their strange life of living together begins.

Plot – The story is set in the 22nd century of Japan where the Sibyl System has been introduced. According to the system, every citizen of the country has to undergo a mental test to determine their threat level. But where justice is often is uphold there is always corruption. And soon Akane and her fellow enforcers find out Sibyl System is not that all it seems. Akane starts to question what justice truly is and can there be any justice with a corrupt system.

Plot – This animated series will remind one that friendship can be found even in a hellish situation. The story begins with Mario Minakami who along with five other teenagers arrives at a special reform school. Upon arriving they meet older inmate Rokurouta Sakuragi, a former boxer. The seven inmates now struggle against corruption inside and wait for their sentences to be over. But even if they go outside will they be able to lead a normal life? Moreover, will society accept them?

Where to Watch – Gogoanime/Kissanime (Unofficial)

Plot – This animated series is based on the manga series of the same name. The story follows Ginko who is fascinated by the idea of Mushi and chases the rumors surrounding Mushi. But what exactly is it? Mushi is the earliest form of life on Earth, i.e., the most basic form of life. And Ginko believes if he understands the place of Mushi then he will find the meaning of life.

We will conclude the Top 10 Most Underrated Anime in 2021 here. We created the list based on our research and ranked them according to their ratings on myanimelist. We would like to know the readers’ thoughts so let us know in the comment section down below. Readers interested in the manga version of the abovementioned list can read them on any paid online platform. We will be back with more posts like this. Till then, stay tuned.