Skip to contentHome » Anime & Manga » Beast Gohan vs. Ultra Ego Vegeta vs. MUI Goku: Who would win in Dragon Ball? (2022) 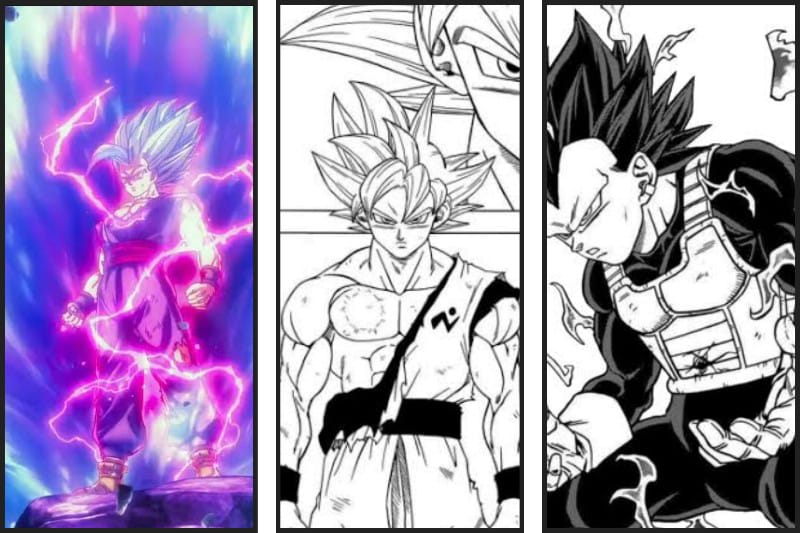 In this article, we will be answering the hot topic of Beast Gohan vs. Ultra Ego Vegeta vs. MUI Goku: Who would win in Dragon Ball? This article contains spoilers from manga and other sources from Dragon Ball verse.

Gohan’s new form, “Beast Gohan,” comes at the heels of his battle against Cell Max while teaming up with Piccolo’s new form, “Orange Piccolo,” and he powered up when Cell Max had beaten Piccolo.

This is also a throwback to Dragon Ball fans who can draw the analogy from Dragon ball Z when Nappa attacked kid Gohan and Piccolo was heavily injured while protecting him, which, in turn, angered Gohan, giving him a temporary high boost in power.

Vegeta’s new form, “Ultra Ego Vegeta,” is the fruit of his training with Beerus, the God of Destruction of Universe 6. Goku’s “Ultra Instinct Sign” is the powerup he acquired during his training with Meerus, who was an Angel in disguise, working as an Elite Galactic Patrol agent.

He figured out how to tap into “Mastered Ultra Instinct” when Meerus had to sacrifice himself after using his Angel powers against Moro, which violated Angel’s law of not using full power in battle, and hence he was erased from existence.

Ever since then, Goku has been polishing his Mastered Ultra Instinct in his training with Whis, while Vegeta is training below Beerus to understand the Power of Destruction and use it in a more powerful way.

As the current power level stands, MUI Goku and Vegeta in Ultra Ego are more powerful than Beast Gohan.

Later on in this post, we have discussed more on each of their transformations, abilities, their potential in the extent of power tapping, and strengths – both offensive and defensive.

How Powerful is Beast Gohan? (All Abilities)

Revealed in the new Dragon Ball Super movie, Dragon Ball Super Hero, Gohan attains a power higher than his previous best, which was Super Saiyan 2 in the transformation of “Beast Gohan.” He attained this form in his fight against Cell max, which was set loose by the orphaned son of the previous leader of The Red Ribbon Army commander Red, Magenta. 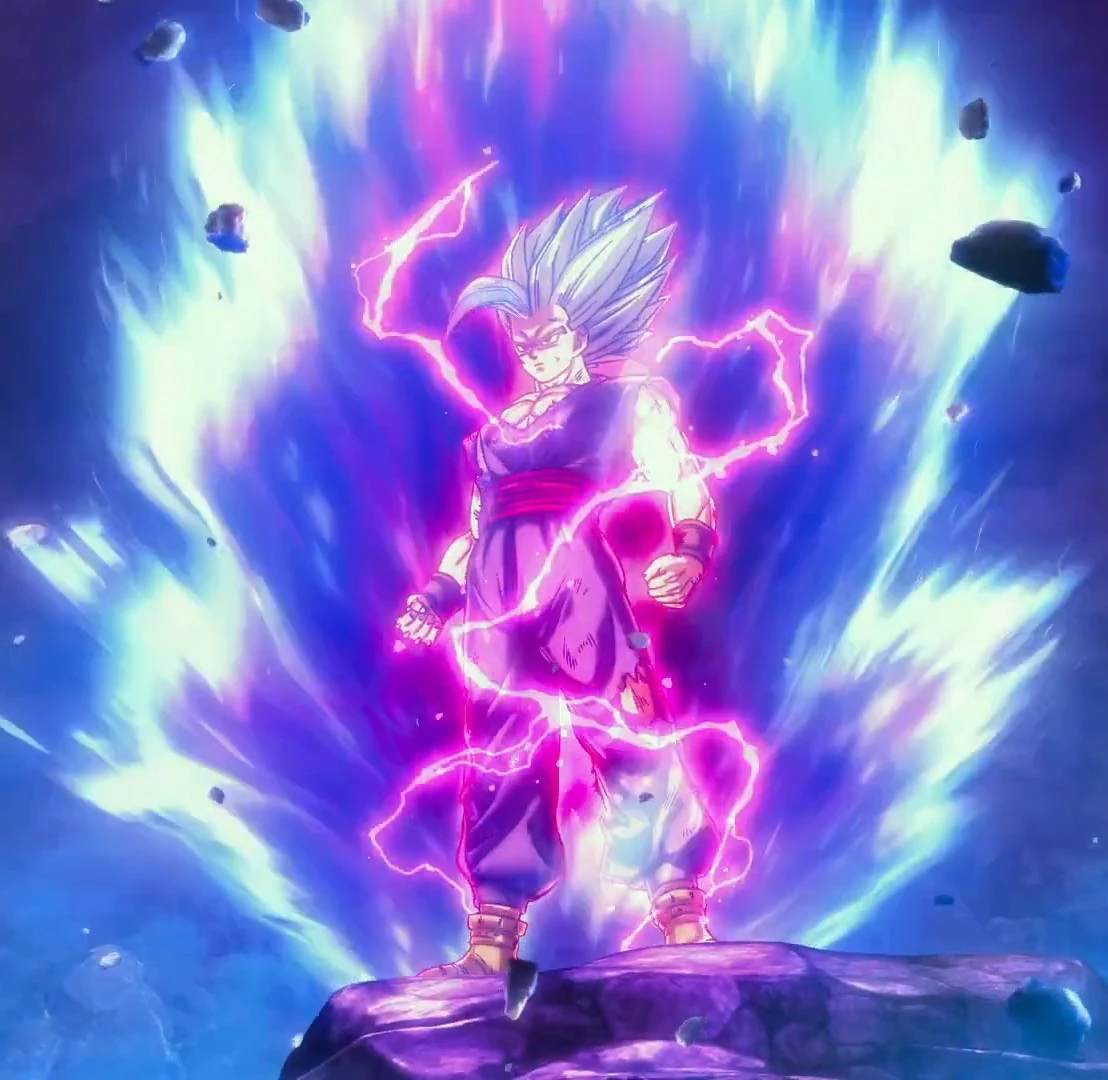 Magneta teamed up with Dr. Hedo, the grandson of Dr. Gero, to create no line of cyborgs who are more powerful than the android series of Dr. Gero. In this partnership, Dr. Hedo also created Cell Max, who was still under making and not fully programmed.

As a result of Piccolo’s findings and planning, Gohan was lured into the headquarters of the Red Ribbon Army. Piccolo did this to bring back the fighting edge of Gohan, who was away from the battlefield and training due to his professional career.

Magneta betrayed Dr. Hedo and set the uncontrollable Cell Max loose when he saw the new cyborgs getting defeated by Gohan, who had gained his fighting edge back, and Piccolo, who was in his new transformation, Orange Piccolo. Dr. Hedo defeated Magneta but was too late to stop Cell Max.

After Giant Orange Piccolo couldn’t defeat Cell Max and was badly beaten, Gohan awakened his full power in the form of Beast Gohan and defeated Cell Max easily. It was supposed to be many times stronger than the original Cell.

This shows that Gohan is back into the fray for being one of the top fighters in the Dragon Ball verse with his new transformation.

Considering how well Gohan performed in the Tournament of Power arc, one can estimate that his newfound strength, which is greater than ever before, might put him even higher in the leagues of Hit, Kale, potara fusion Kefla, etc.

Even after all the limitations, it is quite clear that Gohan is the Earth’s best defender while Goku and Vegeta are with Beerus and Whis honing their respective techniques.

How Powerful is Ultra Ego Vegeta? (All Abilities)

Making its appearance in chapter 74 of the Dragon Ball Super manga, Ultra Ego Vegeta is the newest transformation of Vegeta, which is “an unbounded power solely derived by instinct.” 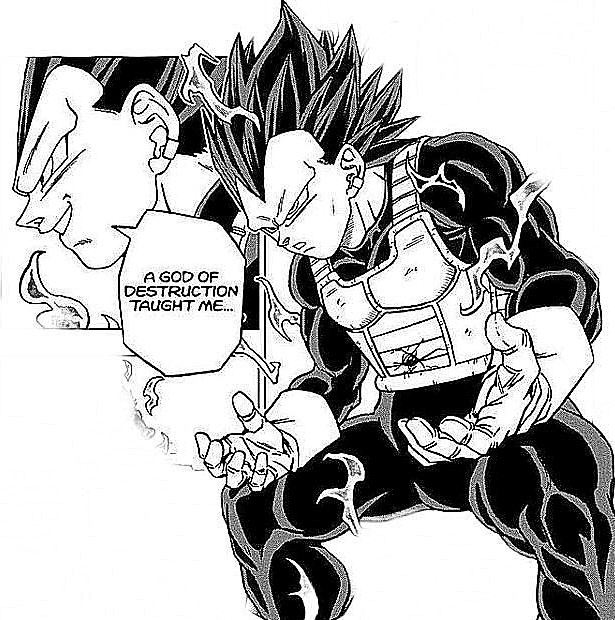 After the events of Tournament of Power and watching Goku’s Mastered Ultra Instinct from the sidelines, Vegeta sets off to train with Whis, but even after the events of Galactic Patrol Prisoner Saga, Vegeta realizes that he hasn’t unlocked a power even further than his Super Saiyan transformation series.

Vegeta quickly realizes that the power of Ultra Instinct is not suited for his battle style after he trains to attain that power in the midst of the Tournament of power and later on training with Whis.

Later, He finds a ray of light when Beerus, God of Destruction of Universe 7, tells him the Gods of Destruction have a power of similar magnitude with respect to the Angels and asks him to see for himself if he can attain those heights such as the Power of Destruction.

After successfully learning the Hakai technique, albeit to a very limited destructive power, Vegeta is shown to be able to Hakai small/weak objects like rocks and large logs.

In his fight against Granolah, Vegeta’s new power awakens, Ultra Ego, which is by far the most powerful transformation of Vegeta, transcending the Super Saiyan Blue Evolution form that he had attained against Jiren in the Tournament Of Power arc.

Coined as Ultra Ego by himself to the contrasting comparison to Goku’s Ultra Instinct, Vegeta calls this power based solely on his Ego.

In his Ultra Ego state, Vegeta willingly takes damage because all the damage he takes gets converted to power for him, but this seems to backfire as time passes since he himself is not very durable by taking heavy damage over time.

How Powerful is MUI Goku? (All Abilities)

In his extended fight against Jiren and subsequently having his back against the wall, Goku mastered the Ultra Instinct Sign, transforming into power even above it, the Master Ultra Instinct or MUI, which eventually helped him power through and make a stand against Jiren before until his body couldn’t handle the pressure of Ultra Instinct and collapsed. 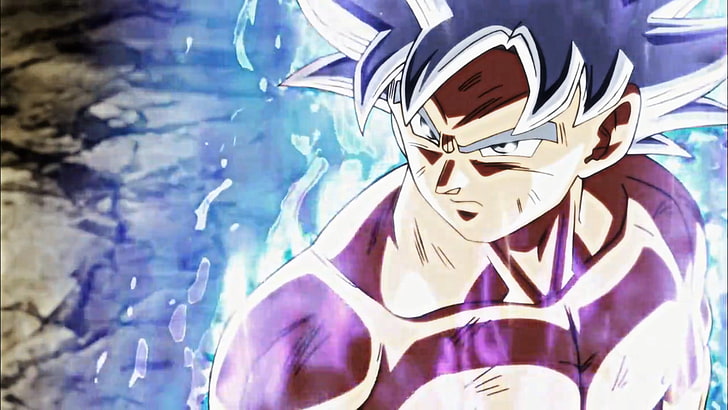 After the events of the Tournament of Power Saga, Goku goes on to continue polishing his skills with Vegeta but admits that he cannot use even Ultra Instinct Sign on will.

Later on, Goku meets Meerus, who is an Elite Agent in the Galactic Patrol and a colleague of Jaco. Very quickly, both Goku and Vegeta catch up that Meerus is always hiding his strength, and he might be even more powerful than he looks.

After their first fight with Moro, which resulted in a one-sided defeat, Vegeta goes on to train on planet Yardrat while Goku requests Meerus to train him, and Meerus tells him that he can help him train him in honing the Ultra Instinct form.

After that, Meerus brings Goku to a place similar to the Room of Spirit and Time, a vast room where time flows slower than in the outside world. In this training, Goku learns to use Ultra Instinct Sign at will but isn’t able to master the Ultra Instinct transformation.

During his next battle against Moro on Earth, Goku realizes that he can’t beat Moro in the Ultra Instinct Sign state, and Meerus comes to his aid using his Angel powers to keep Moro in check and seal a few of his powers. As a result of violating Angel law and engaging in battle, Meerus is erased from existence.

This is the final push that Goku needed to attain Mastered Ultra Instinct State, and ever since then, Goku has shown to be able to use MUI transformation on will.

Beast Gohan vs. Ultra Ego Vegeta vs. MUI Goku: Who would win?

Not considering the transformation’s latent potential but how these characters have their mastery over them right now, in a one-on-one fight against each other, Mastered Ultra Instinct Goku surpasses both Beast Gohan and Ultra Ego Vegeta. Here, we compare them by specifics –

Ultra Ego is the most powerful here since this form gives Vegeta the power closer to God of Destruction’s power, which is more powerful than Goku’s MUI, known to be Angel’s power. As for Beast Gohan, although his instantaneous destructive power is high, it’s still not a match for Ultra Ego Vegeta.

2) Based on Speed & Reflexes

Since Ultra Instinct, the power of Angels is extremely focused on letting the body react instinctively; hence MUI Goku takes the lead here on both Ultra Ego Vegeta and Beast Gohan.

3) Based on Offensive Abilities

Both Gohan’s Beast form and Vegeta’s Ultra Ego are tied here. Gohan’s Beast form is the peak of his offensive power, and an estimate can be made by the fans who have seen his Super Saiyan 2 against Cell, and that is only a fraction of his new Beast form.

As for Vegeta, who, when in Ultra Ego state, powers up whenever he takes damage as all the damage, he has taken converts into power for him, but since he’s not fully trained in that form, he is tied with Gohan. Once mastered, Vegeta will surpass both Gohan and Goku in offensive abilities.

4) Based on Defensive Abilities

MUI has the best defensive ability since the body instinctively protects itself at a very, very low reaction speed. Second to it comes to Beast Gohan and finally Ultra Ego Vegeta since his state is extremely offensive-style focused and accepts damage.

Beast Gohan, Ultra Ego Vegeta, and MUI Goku all three of them are very close in terms of durability, but MUI Goku is slightly above the other two simply cause Goku pushes himself above and beyond in every fight and every time.

He also has Mastered Ultra Instinct which means he can tap into that power whenever he wants, unlike Vegeta, who isn’t trained in his Ultra Ego state, and Gohan, whose accessibility to Beast form is unknown.

Since Angels don’t have any energy signature. Hence Goku is out of the race since tapping into Ultra Instinct requires a calm mind and body, whereas a God of Destruction’s aura is the strongest in the multiverse, so Vegeta wins the contest of Energy.

With the release of the latest Dragon Ball Super: Super Hero movies, we got a glimpse of Gohan’s Beast form, and fan favorites Goku and Vegeta continue to evolve in terms of both strength and experience, and hence the story draws a curtain on the Granolah the Survivor Saga.

Moving onwards with the new-coming Black Freeza and Whiz’s prediction of a new strongest warrior in Universe 7, Goku and his companions’ journey continues as they reach new peaks.

Here, we conclude our article on, “Beast Gohan vs. Ultra Ego Vegeta vs. MUI Goku in Dragon Ball Super.” We hope you like the post. We will be back soon. Till then stay tuned with us and read the articles below.