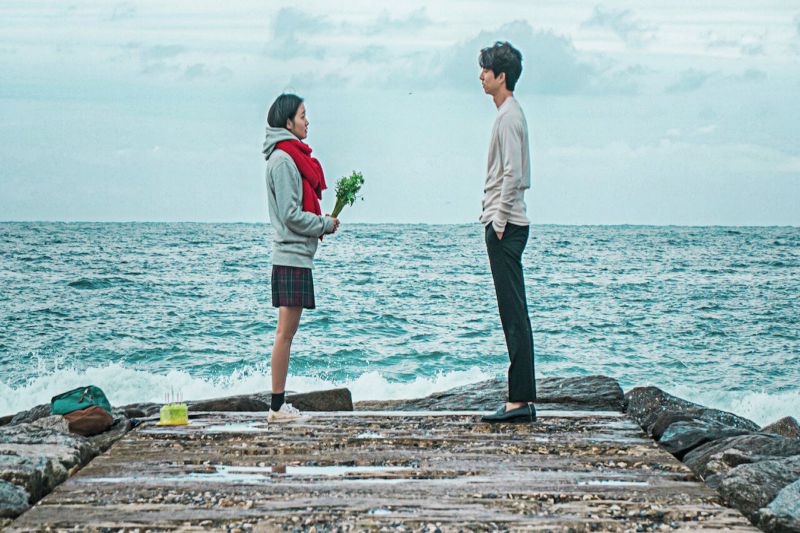 Recently Kdramas have created quite the buzz in the international entertainment industry. And hence, we present to you the Top 15 Best K-Drama on Amazon Prime.

The impressive storyline of Korean Dramas never fails to mesmerize the audience. And, the gorgeous and talented actors and actresses just add to the charms of their shows. That’s why please enjoy our picks for the Top 15 Best K-Drama on Amazon Prime.

Yes, Amazon Prime Video has a wide collection of Korean Dramas or K-Drama. All you need is Amazon Prime subscription, and you can binge-watch various K-Drama or movies of different genres, from romance to horror. Below we have discussed the list of the best K-Drama that are available on Prime Video.

Na-ri, a sweet weather forecaster, dreams to be a news anchor someday. But competition is fierce in this business, and she continues to push herself anyway.

She also harbors a huge crush on her colleague Hwa-shin, who treats her like an annoyance. But when Jung-won, the kind friend of Hwa-shin, enters the picture, everything changes.

Now it is Hwa-shin who needs to chase after Na-ri as she readies herself to move on. But is it too late for Hwa-shin to try now?

Based on the popular webtoon of the same name, Cheese in the Trap is one of the best romcom K-Dramas on Amazon Prime. We see the pitiful Hong trying her best to survive through college and endless part-time jobs.

Things get difficult when her famous and manipulative senior become hostile against her, almost making her decide to take a leave. But he suddenly changes his behavior and starts to approach her relentlessly. Hong is just too confused to understand his sudden interest in her as she knows he hides more than he lets on.

This historical romantic action K-Drama is now available on Amazon Prime. It revolves around the real King Jumong, who was the founding father of the Korean kingdom of Joseon.

Jumong, who was the son of a general, got taken in by King Geum Wa after his father supposedly perished. He later meets Seo No, a merchant’s daughter, and falls in love with her.

She is the one who helped him realize his aspirations and dreams and influenced him to reach for his goals. We see a great depiction of those times with this series.

Lee Yul, who is the nephew of the King, lives a leisurely life and likes to hang out with his friends instead of studying. But after meeting with the righteous Yi-seo, he slowly changes into a dependable man.

But when Yul’s father betrays the king, Yi-seo is forced to leave to survive the coup. Yul thinking that Yi-seo has perished bitterly takes on the role of the crown prince. But years later, Yul finds her hiding away as a commoner, and this time he swears to make everything right.

This fantasy romance K-Drama is on Amazon Prime has a unique premise and interesting characters. Se-gye, a famous actress, endures an unusual problem.

Once a month, she changes her appearance into a completely different person for a week. Not many know of this phenomenon and, she desperately tries to hide it from others.

Do-jae, who runs an airline company, can’t identify people’s faces and must read their behavior to recognize them. And, these two are just the perfect fit for each other.

This classic romance K-Drama on Amazon Prime retells the Cinderella story with its own twists. Secret Garden narrates the love story of a stunt woman Ra-im and a wealthy man Joo-won.

These unlikely pair meet and fall in love against all odds. But things are not that simple for them, as other forces try to separate them relentlessly. Things turn worse when they suddenly start to exchange souls. In the end, the main question is whether their relationship can still go on after all these things.

This thriller K-Drama of Amazon Prime revolves around families living in the Hera Palace, luxury apartments. The residents here all hide hideous secrets and hollow promises.

We see the elegant Su-ryeon, her rich husband Dan-tae, the humble but ambitious Yoon-hee, the primadonna Seo-jin all trying to outdo each other. To win the battle of prestige and authority, they can go to any lengths and sacrifice anyone. But that is how they fail sight of those close to them and lose themselves in their power struggle.

Hotel del Luna is not your typical hotel. It is a place where only the perished can go, as it remains hidden from the human eyes. Hosted by spirits, this ghostly hotel is for those whose wishes remained unfulfilled.

Man-wol, the owner of the hotel, is bound to the hotel due to a sin committed a long time back. Also, all the general managers need to be human to keep the facade of this hotel being normal. When Chan-sung becomes the new manager, he finally unravels the mystery behind the hotel and the owner.

This fantasy romance Kdrama on Amazon Prime is one of the most famous series that fans should check out instantly. Lee Yeon, a Gumiho, works at the Afterlife Immigration Office and destroys evil supernatural beings.

One day when he was trying to capture a fox, he met with Ji-ah, a fearless Tv producer. She quickly suspects him to be an otherwordly being and later realizes he is the one who saved her when she was a child.

A connection forms between them, which might be deeper than they imagine.

From a young age, Ju-kyung’s peers bullied her for being ugly. Distraught with insecurities, she takes on extensive makeup lessons and excels in them.

By applying her knowledge to herself, she transforms into a beautiful woman and moves into her new school. She gains massive popularity in school but also gains a fear of being recognized without makeup.

Her fears come true when Su-ho, a handsome classmate, who has previously seen her bare face, recognizes her with her makeup on. Now, in this K-Drama on Amazon Prime, we see how she desperately tries to hide her dual life.

This hilarious K-Drama on Amazon Prime is surely going to make you laugh out loud. Everything changes for Bong-hwan when he falls in the water and, his soul transmigrates to the past in the body of a Queen.

As there is no way out, he must learn to live like the Queen or just make them accept him the way he is. Amidst courtly intrigue and politics, now Bong-hwan must survive as a woman married to the king. But what happens when his heart has other plans for him.

This K-Drama on Amazon Prime is perfect for thriller lovers. Strange things start to happen when Jong Woo, an aspiring fiction novel writer, moves into his new apartment.

His experiences in the new city turn out to be less than desirable as he faces harassment both in his office and in his building. None of his neighbors seem sane to him, as they might harbor a darker secret than he can’t handle. In such a scenario, he must endure his problems and not lose himself in this madness.

This K-Drama on Amazon Prime created waves in the international scene when it first came out. We witness the turbulent love story of a doctor and a soldier.

Si-jin, a captain of the Special Forces unit, helplessly falls for Mo-yeon, a capable doctor. After rejecting Si-jin initially, Mo-yeon starts dating him.

But things begin to sour between them when their nature of work starts to clash with the other. Find out if they can sustain their relationship or if they fall apart.

Reply 1988 is another K-Drama present in Amazon Prime. Here, we get a glimpse of Korea in 1988 with the eyes of some teenagers, mainly Deok Seon, the only girl in the group of 5 neighborhood friends.

We see her growing up with her friends undergoing all sorts of experiences that help them mature. Amidst love, jealousy, misunderstandings, and familial ties, they discover themselves and step into adulthood.

This series is a slice of life series that makes the viewer reminisce about their youth and the times that will never come back.

Goblin is arguably one of the best romantic K-Dramas ever created that one can watch on Amazon Prime. With breathtaking visuals and beautiful original soundtracks, Goblin serves an enchanting experience.

The story focuses on a lonely god waiting for his bride to draw an embedded sword from his chest. After waiting for hundreds of years, he meets a young girl who wishes to be his bride to get his protection. But the question is, can she actually see the sword? or is she just a fake girl trying to gain favors?

We truly hope our readers liked our recommendations. Stay tuned for more articles on K-Dramas and K-Movies.