Skip to contentHome » Anime & Manga » How Fast is Sanji in One Piece? 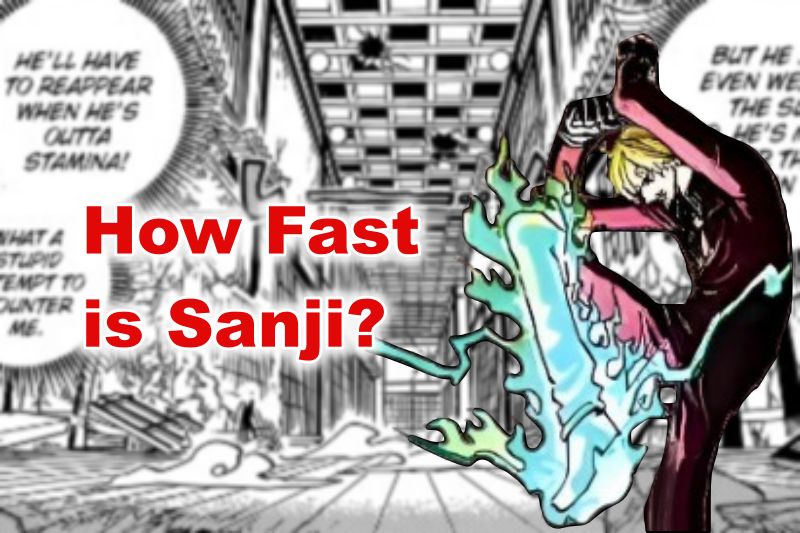 Sanji is one of the fastest members of Straw Hat Pirates, possibly only being second to Luffy. During the course of the story, he has shown multiple times several feats of his speed. Before the time skip, he was arguably the fastest of the Straw Hats. His speed only increased during the time skip.

In his Raid Suit, Sanji’s speed grows exponentially to a level where even powerful characters like Queen have trouble even following his movements. We know he is fast, but exactly how fast is Sanji in One Piece?

We’re about to find out in this article. So, make sure to read on.

How Fast is Sanji

The question of how fast Sanji is can be answered by several incidents in the story. Sanji has shown again and again that his speed is no matter and a thing to be feared. The cook also has very fast reflexes and reacts quicker than most. Let’s take a look at his speed feats. 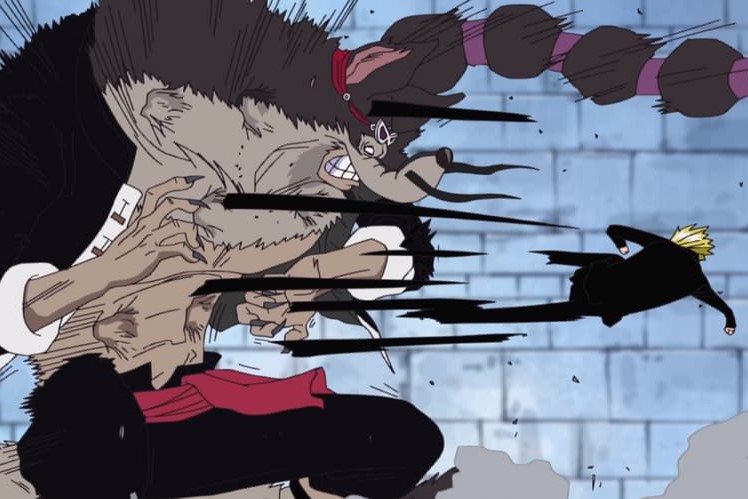 We can see how fast Sanji is from the beginning when he keeps appearing and disappearing during his fight with Krieg Pirates. After joining the Straw Hat Pirates and through their long adventure, he dodged bullets multiple times, and that was before he learned Kenbunshoku Haki.

The speed of an average fired bullet is 1700 mph, and Sanji dodging it indicates his speed is more than that. But Sanji’s best speed feat before the time skip is during the Enies Lobby Arc.

In Enies Lobby, Sanji went toe to toe with the superfast CP9 agents who were masters of Rokushiki techniques. He overcame Kalifa’s Soru with ease. During his fight against CP9’s Jabra, Sanji used his iconic move, Diable Jambe, for the first time.

In this technique, he spins around himself extremely fast, which causes his leg to heat up to a red-hot level. One kick of Diable Jambe was enough to break through Jabra’s tekkai. 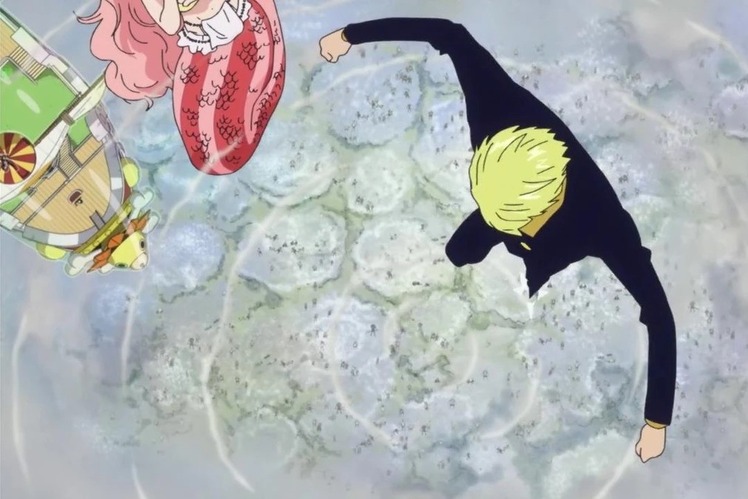 After getting separated from the Straw Hats, Sanji spent two years in the Kamabakka Kingdom, where he inadvertently boosted his speed by running away from the Okama. This even led to him learning how to Skywalk. Sanji demonstrates his new skills in Fishman Island and also against his clash with Doflamingo.

But his speed really shows during the Whole Cake Island Arc. Not only was he able to dodge Pudding’s point-blank shot, but more impressively, he was able to dodge Katakuri’s jelly bean shots, a nearly impossible feat considering Katakuri uses advanced Kenbunshoku to see 15 seconds into the future yet couldn’t predict Sanji’s move.

Another testament to “how incredibly fast Sanji is,” is when he saves Chiffon from falling on the ground within the time Pound raises his fist to punch Oven, and Sanji stops Oven’s attack with his kick. He is so fast in these acts that he looks like he’s teleporting, but that’s just the cook’s raw speed. 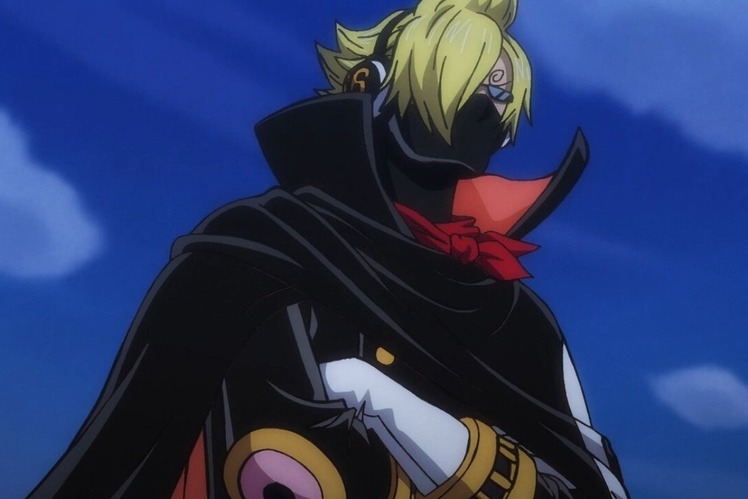 Sanji’s peak in terms of speed comes in the Wano Country Arc. By then, his heritage as a Germa prince and the genetic modification of his body had been revealed.

He also uses his Raid Suit, which gives him a power called Stealth Black that allows him to become invisible for the first time. Raid Suit increases the abilities he already had to a greater extent.

Sanji’s jaw-dropping speed again comes under the spotlight during his fight against Queen. He awakens his genetic modifications, and this allows him to become so fast that a seasoned fighter like Queen mistakes him for invisible. His Ifrit Jambe is so high in momentum that Queen doesn’t even have a moment to retaliate.

Here’s our answer to how fast Sanji is as of yet. He’ll surely get only faster as the story progresses even more, and we are already waiting to witness his new feats in the Egghead Arc.

Sanji still isn’t the fastest character in the series. That title arguably goes to Kizaru with his lightspeed. But a lot of fans believe that Kizaru will act as an opponent for Sanji in the future, and if that happens, Sanji will need to overcome the Admiral’s speed.

Sanji has the potential to become the fastest character of the series but until that happens, check out our other articles on One Piece.