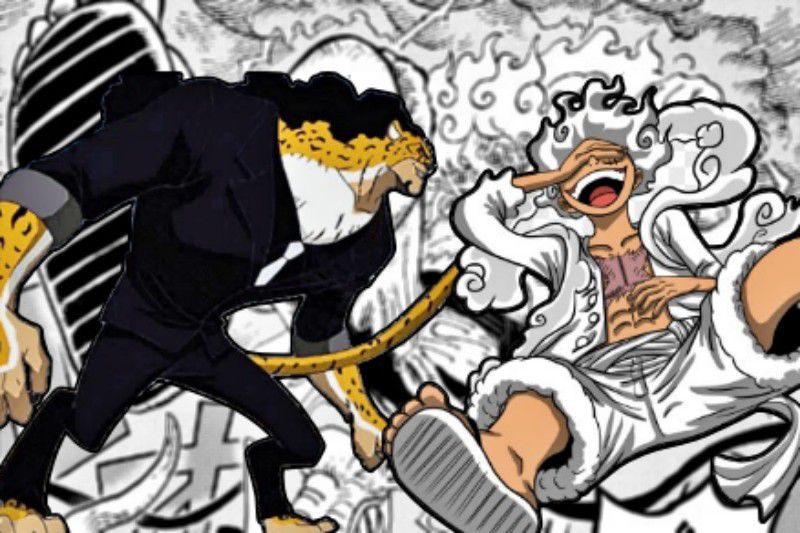 Once again, we are back with another One Piece post that explains this week’s spoilers. At the end of Chapter 1068, we witness Luffy and Lucci meet after a long time. So, will Lucci decide to fight Luffy to take revenge or retreat to see Luffy as a Yonko? We know that every one of you knows the answer. One Piece Chapter 1069 is going to be a comedy chapter, so tighten your seatbelts and let’s deep dive into the spoilers.

Note: One Piece Chapter 1069 raw scans will surface tomorrow and will be updated in this post.

In the last chapter, we witnessed how Lucci destroyed Atlas with his one attack. At that time, he was in his simple Zoan form. But after seeing Luffy and Jinbei, he decides to transform into his most potent form. Because Lucci knows that Luffy is now a Yonko, it’s better to fight him in full power.

On the other hand, Luffy, without spending any time, will directly transform into his Gear 5. This will really surprise us because if Luffy wants, he can defeat Lucci in his bounce-man form.

We think that Luffy will do this purposely to scare or to show the world how powerful he has become. And as per his dream, he wants to sail freely. So, to gain freedom, he must become so powerful that people think twice before engaging with him.

According to Mangaplus Shueisha’s timeline, there is no break this week. Therefore, we will get One Piece Chapter 1069 on Sunday, December 11, 2022. Below is the release date of different time zones.

Fans can read One Piece Chapter 1069 on Mangaplus Shueisha and Viz Media on December 11, 2022. Or you can follow TCB scans to get the early chapter in unofficial English translation.

We will be back with another One Piece post and raw scans. Till then, stay tuned with us and read the articles mentioned below.