Skip to contentHome » Anime & Manga » One Piece: Who is Vegapunk? All Information Explained 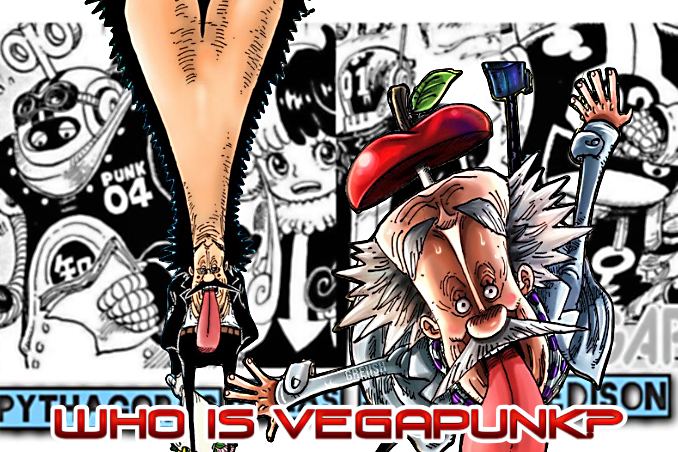 One Piece has no shortage of mysterious characters, and one of the most mysterious of them all, whom fans have been dying to know for years, is the brilliant scientist Dr. Vegapunk.

Vegapunk is the most famous scientist in the world and is hailed as “The Smartest Man in the World.” He’s always seen as a legendary character intricately connected to the World Government and the various events that happen in the world without ever appearing in the storyline before.

But now, in One Piece’s most recent arc, we’re finally getting to know the ever-elusive Dr. Vegapunk.

Before getting into it, let us issue a spoiler alert. Now that the warning is given let us look into the enigma of the genius scientist: who is Vegapunk and all information regarding him.

Dr. Vegapunk is a genius scientist who currently leads the SSG or the Special Science Group of the World Government. His scientific achievements are numerous and vast.

He’s responsible for the various inventions the Marines use, like the sea stones and Pacifistas, as well as the co-discoverer of Lineage Factory with Vinsmoke Judge.

Vegapunk is also researching the origin and nature of the mysterious Devil Fruits. His inventions are said to be at least 500 years ahead of the current technology of the world, making him a priceless asset for the World Government.

The readers of One Piece find numerous mentions of the scientist throughout the series by various characters. We first get a glimpse of Dr. Vegapunk in Chapter 684, “Don’t Do It, Vegapunk,” in the Punk Hazard Arc, but he remained a mystery to us until the recent chapters.

Now that we’re into the Egghead Arc, we got a peek into the enigma of Vegapunk. Of course, as the story progresses, the rest of his history is going to be revealed.

All Information regarding Vegapunk

We first get to see the assumed Dr. Vegapunk in Chapter 1061 of One Piece, named “Future Island Egghead.” But soon, it’s revealed that the person is not the actual Dr. Vegapunk but only a part of him.

There are five other similar parts of Vegapunk, all scientists dedicated to their research. The main Vegapunk and his six parts all live in Egghead Island, which is a government research facility that the Strawhats have stumbled into.

We also learn the following things about the legendary Dr. Vegapunk:

Due to being extremely busy with his many types of research, Vegapunk split his being into six different beings who work on the research and inventions he cannot find the time to contribute.

These six beings originating from Vegapunk are called Satellites, and they all identify themselves as Dr. Vegapunk. Each Vegapunk has a different appearance and personality, and they are all dedicated to their scientific pursuits.

Dr. Vegapunk’s original body, Stella, is that of an old man with a giant apple-like head. He appears as himself in Chapter 1066, “The Will of Ohara,” and meets Luffy, Chopper, Jinbei, and Bonney.

Like many important characters of the series, Vegapunk is also a Devil Fruit user. He consumed the Nomi Nomi no Mi. While we don’t know much about the Devil Fruit, it can be assumed to be a Paramecia type, and it granted the already genius Vegapunk with the ability to store unlimited information.

But as a side effect, it also causes his brain to grow larger with absorbed information and thus resulting in his apple head.

As the brilliant scientist kept on collecting data throughout his life, his brain also kept enlarging and took on a shocking size. The entire upper half of the giant egg on Egghead Island is made up of Vegapunk’s brain, and it’s still growing with every bit of data.

This ever-growing part of the egg is called Punk Records, and it’s updated every day with the collected information from the main Vegapunk and his six Satellites. Vegapunk is connected to Punk Records with the antennas on his head.

3) Vegapunk is a native of Karakuri Island

Dr. Vegapunk is originally from Karakuri Island in the Future Country of Baldimore. The island is said to be very advanced in its technology. Its inhabitants are also extraordinarily smart, though not everyone is a genius like Vegapunk.

It is also the same island Kuma sent Franky to at the end of the Sabaody Archipelago Arc. Franky spent two years on the island and learned advanced technology and machinery.

4) Vegapunk used to work with Caesar, Judge, and Queen

Before his appearance in the recent arc, Vegapunk had been mentioned numerous times by various characters.

Before joining as the leading scientist for the World Government, Vegapunk used to work with fellow scientists like Caesar Clown, Vinsmoke Judge, and Queen and was part of an illegal research team called MADS.

After the group was arrested, Vegapunk was scouted and came into employment under the Marines.

Despite being the inventor of the Pacifista and Seraphim, for which Bartholomew Kuma suffered inhumanly for years, Vegapunk is not a heartless or conscienceless man.

After Ohara was destroyed by the Buster Call ordered by the World Government just for knowing the truth of the Void Century, Vegapunk went to the demolished island to pay respect to his friend, Professor Clover, the world-famous archaeologist and the director of the Ohara Library.

There he met a younger Monkey D. Dragon, who also came to pay his respect to the deceased scholars of Ohara. It appears Vegapunk and Dragon knew each other for some time, evident by the way they addressed and greeted each other.

Dragon, the then-captain of the rebel forces, revealed that he’d offered Vegapunk to join the rebel group and help them with his intelligence and inventions. But Vegapunk had declined the offer, instead choosing to join the Marines.

That was because the scientist believed his gifts would flourish under the World Government rather than the impoverished rebel group. But despite their differences, they both sympathized with the victims of Ohara and wanted peace in the world.

6) Vegapunk went to Elbaf to read the books of Ohara

Even in the face of destruction, the scholars of Ohara didn’t let history be erased by the World Government and threw out all the books on the island in the lake at the island’s center to save them.

Those books were later retrieved by the giant, Jaguar D. Saul, who took the books and the history within to Elbaf. Dr. Vegapunk, at some point, visited Elbaf and read the books, learning about the advanced technology during the Void Century.

The robot Luffy and co found in Chapter 1065, The Six Faces of Vegapunk, was actually built 900 years ago, during the Void Century.

Vegapunk was inspired by the robot and ventured to make one himself, but his invention was unsuccessful because he couldn’t find the energy source the robot used. The robot was the inspiration for the Pacifista, and Seraphim Vegapunk built later in his career.

The Egghead Arc is only just getting started. As One Piece is slowly but surely progressing toward its grand finale, more and more truths and mysteries are getting revealed, as evident in the Wano Arc, which gave us major revelations.

The same can be expected with this arc. Dr. Vegapunk is an intriguing character, and his links to several key players in the story make him all the more interesting. He’s still a puzzle in the story, but we’ll surely get to know all about him as we get further into the arc.