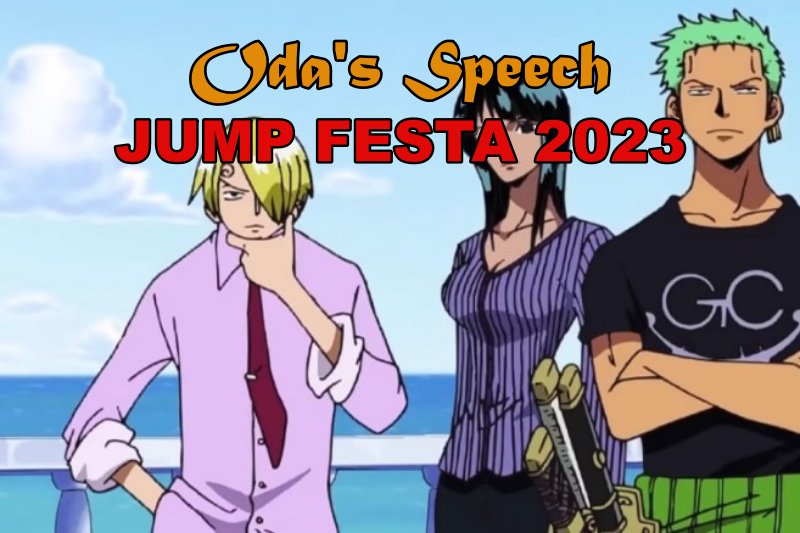 One of the biggest events in the world of anime is here. The Jump Festa 2023 started on December 17, 2022, and brought us several big announcements for a lot of anime, including some very big titles like One Piece.

Megahit anime like Naruto, Jujutsu Kaisen, Demon Slayer, and much more anime revealed exciting future courses and ventures. The event for One Piece was held on the second day of Jump Festa 2023.

Though the voice actors of the series attended the event, creator Eichiro Oda wasn’t present. But he made sure to let the fans know his message.

Oda sent a message to the fans, revealing some very exciting news about the giant series. There was also a very important hint for the future of the manga and its upcoming course of it. In the manga, the Wano Country Saga finally ended this year.

Egghead Arc is the next in line, and it has already brought some pretty interesting developments, like the introduction of Dr. Vegapunk and a rematch of Luffy and Lucci after years. Now Oda is hinting at a “Great Battle Royale” in the future. 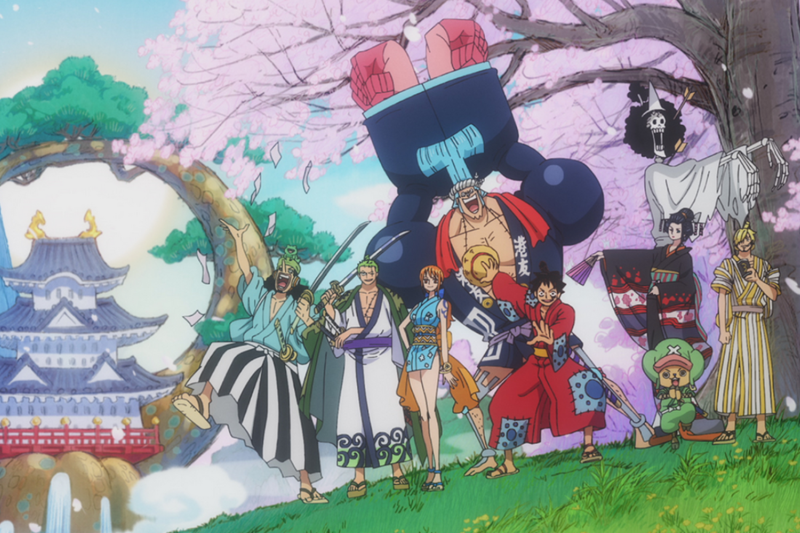 Oda’s message started with him rejoicing for the success One Piece faced this year. The manga is now more popular than ever, with both old and new fans eagerly awaiting the direction the story takes.

From Oda’s recent past interviews, fans had deduced that One Piece is nearing its end very soon, in just a few years. And while fans all over the world are obviously excited about it, there’s also a sense of loss to see such a beloved series end.

But Oda has now reassured us that the end might not be as close as we’d thought. The series is not ending anytime soon, and there are still plenty of years to come for us to stay on the voyage with the Straw Hats.

Another massive success One Piece experienced in 2022 is the reception of One Piece Film Red. The anime movie was a massive hit worldwide, earning some pretty big numbers at the box office. Following the success of the movie, there’s been a TV tour for Uta, the main character of the movie.

But the most exciting news of all has to be Oda’s revelation that the story is heating up. There will be an exciting fight between “that person” and “that person” in the future. It’s going to be a grand affair, as the mangaka dubbed it a “Great Battle Royale.”

Oda also hinted that the “battle royale” would be intense enough to possibly cause some deaths. One Piece is known for not killing its characters, and with this new tidbit for the future, fans are more hyped than ever.

Oda also announced the upcoming release of the game, One Piece Odyssey. The game has been in development for six years and will finally be released in 2023. There’s also Netflix’s live-action One Piece series, for which fans are extremely excited. Oda revealed that he’d seen the base footage of season 1, and it looked very promising.

That’s all the grand revelations from Eichiro Oda at the Jump Festa 2023. With these titillating hints, fans can’t wait to see the “Free for All Battle Royale” come to fruition. With the direction the story in the manga is going, it might come sooner than later.