Skip to contentHome » Anime & Manga » Who Dies in One Piece? 25+ Saddest Deaths (List) 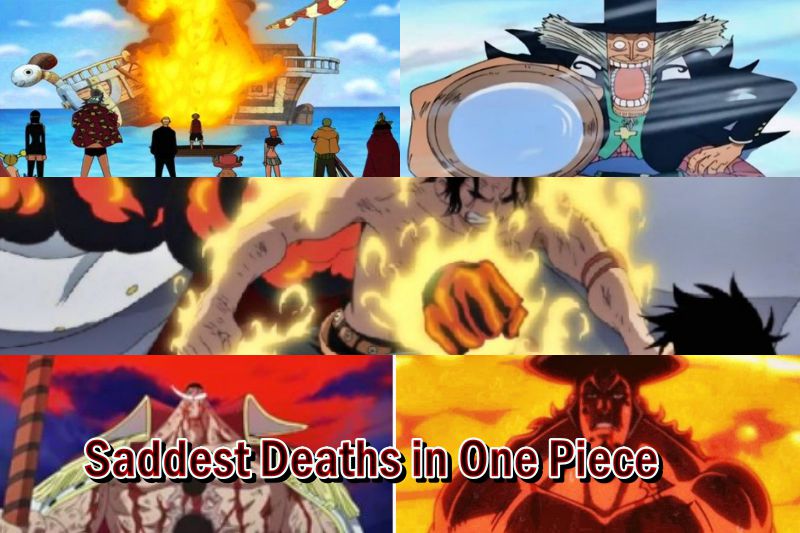 One Piece is notorious for not killing its characters. Most of the deaths featured in the series are events of the past, sometimes mentioned by other characters and sometimes shown in flashbacks. Still, with the huge cast of characters the Shonen giant boasts, there have to be plenty of deaths in the series. So, let’s take a look at who dies in One Piece.

With the topic we’re discussing today, a spoiler alert is very obvious. Also, please remember we’re not naming every character who dies in One Piece, only the ones who have a significant role in the storyline.

Who Dies in One Piece?

The characters in this list are all confirmed to be dead. Aside from the unconfirmed deaths, we’ve also excluded the characters who are in our list of saddest deaths in One Piece below.

Top 10 Saddest Deaths in One Piece 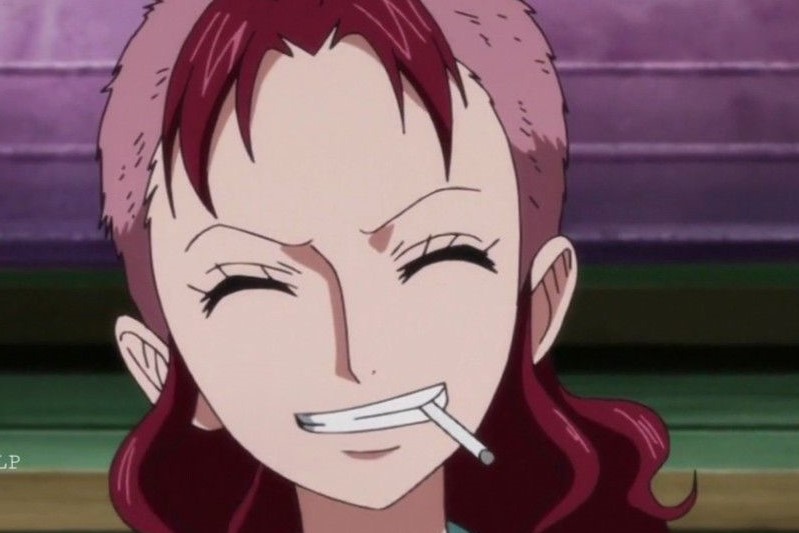 Bell-mère was the adoptive mother of Nami and Noziko. She was a former Marine who decided to raise the orphan girls as her own daughters. She settled in Cocoyashi Village and raised the girls lovingly for nine years before her death.

Bell-mère was introduced in the Arlong Park Arc, where it was revealed in a flashback that she was killed by Arlong in front of her daughters for money.

Her death affected Nami deeply and changed her outlook on life permanently. Bell-mère’s courage and love for her daughters made her a very likable character whose death is one of the saddest deaths in One Piece. 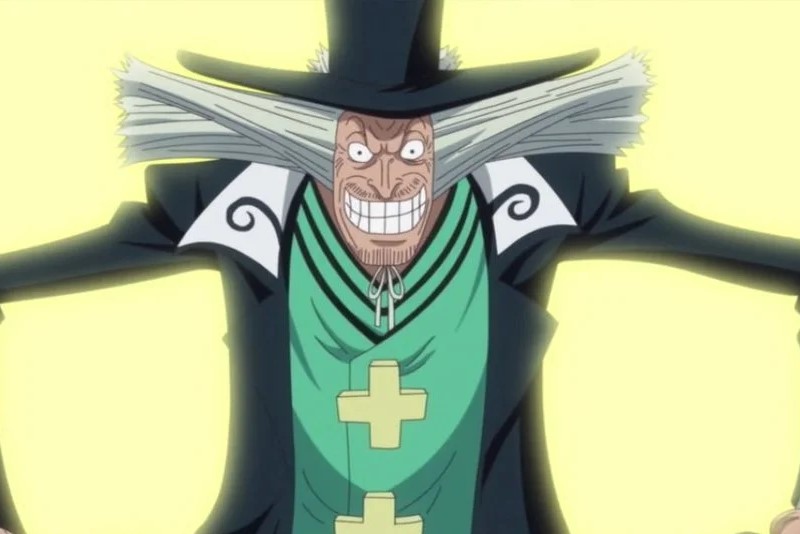 Hiriluk was a quack doctor who saved the odd reindeer Tony Tony Chopper and took him in as a surrogate son. Formerly a thief, Hiriluk took an interest in medicine and wanted to cure people.

He had a terminal disease for years, which he believed to be cured by the beautiful sight of cherry trees and believed such a serene sight would heal every disease.

Due to his terminal illness, Hiriluk knew he was going to die soon. Thus, he selflessly ate the poisoned mushrooms Chopper unknowingly brought him, not wanting to break the kid’s heart. He later died by his own will, drinking his own failed concoction before he could be hunted by Wapol. 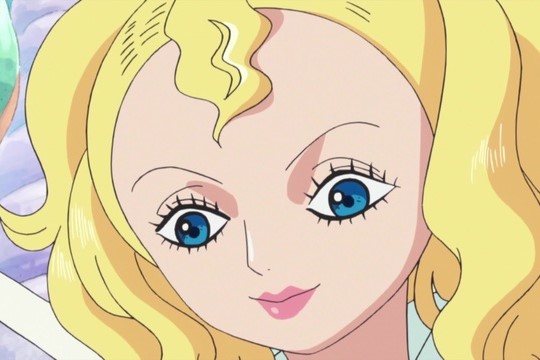 Otohime was the queen of the Ryugu Kingdom. She was the wife of King Neptune and the mother of Fukaboshi, Ryuboshi, Manboshi, and Shirahoshi.

Introduced in the Fishman Island Arc, Otohime was a political activist who strove to fight discrimination between humans and the fish-men and merfolk and bring unity for both races.

She was assassinated by Hody Jones, who framed a human pirate for it, thus dividing the races further. Otohime was someone who wanted to bring peace to the world, and her death was all the more tragic as it led to hatred in direct contrast to her wish. 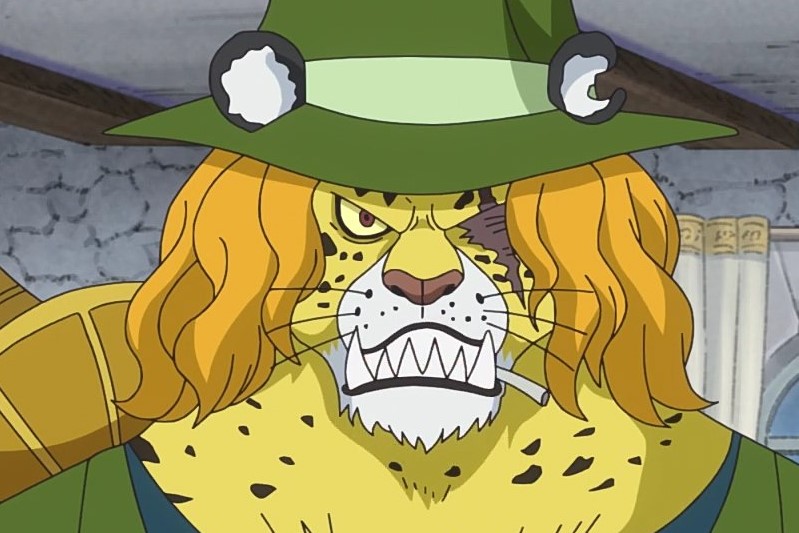 Pedro, a resident of Zou, was a jaguar Mink who joined the Straw Hats in their attempt to bring Sanji back from the clutches of Big Mom. He was also the captain of the Guardians and was once the captain of Nox Pirates, searching for the Poneglyphs.

In the Whole Cake Island Saga, Pedro went to Totto Land with the Sanji Retrieval Team and sacrificed his life in the hands of Charlotte Perospero to ensure the escape of the team.

He believed that the Straw Hats would bring about the Dawn of the World. His heroic death saddened the team greatly and particularly crushed Carrot, his fellow Mink. His death, however, was avenged by Nekomamushi in the Onigashima Arc. 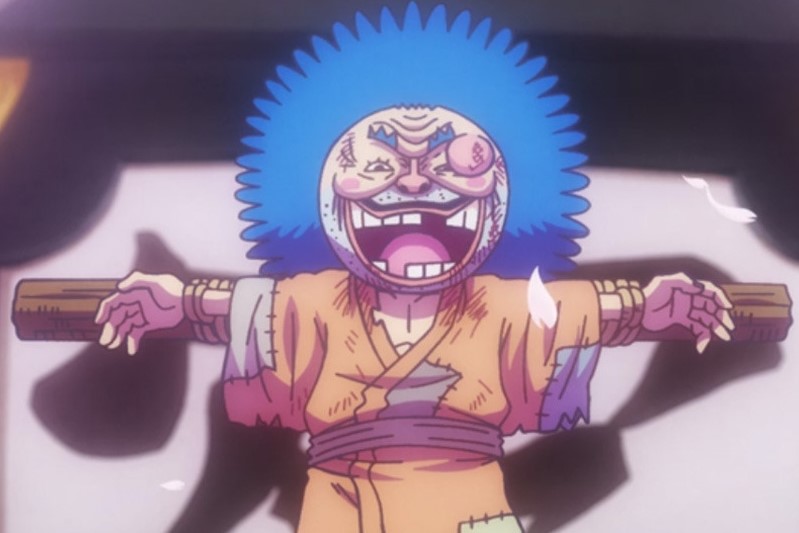 Shimotsuki Yasuie was once a daimyo of Hakumai under the Kozuki Clan in Wano.

But after Kaido took over Wano and Orochi became the Shogun; he was forced to leave his position and eventually went to live with the perpetually laughing residents of Ebisu Town as Yasu. He also adopted an orphan girl named Toko.

Yasuie’s life was just as awe-inspiring as his death. He joined the unfortunate people of Ebisu in their painful laughter even though he had never consumed a SMILE Fruit himself.

He did his best for everyone and ultimately sacrificed his life in a public execution to protect Kozuki Momonosuke’s revolution. His sacrifice was a huge step to ensure the victory of the rebels over Kaido and Orochi. 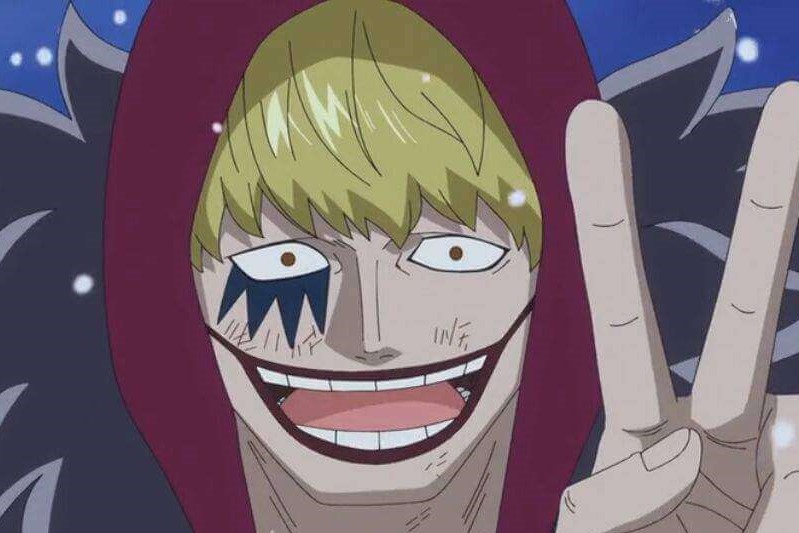 Donquixote Rosinante was the younger brother of Doflamingo, who acted as an Elite Officer of the Donquixote Pirates under the codename Corazon.

But secretly, he was also a Marine Commander, working undercover in his brother’s group to stop him. Rosinante also took in a young and diseased Trafalgar Law somewhat as his ward and took the boy to several hospitals in the hope of curing him.

Rosinante came to genuinely love the boy and was left heartbroken when none of the doctors they went to could cure him. But he kept a happy persona for Law.

After coming to know about the Ope Ope no Mi, Rosinante took Law to obtain it but was killed by his brother. Even at the doorstep of death, the man held onto the last shred of life to ensure Law could escape safely. The scene of his death and Law’s silent screams shatter our hearts every time. 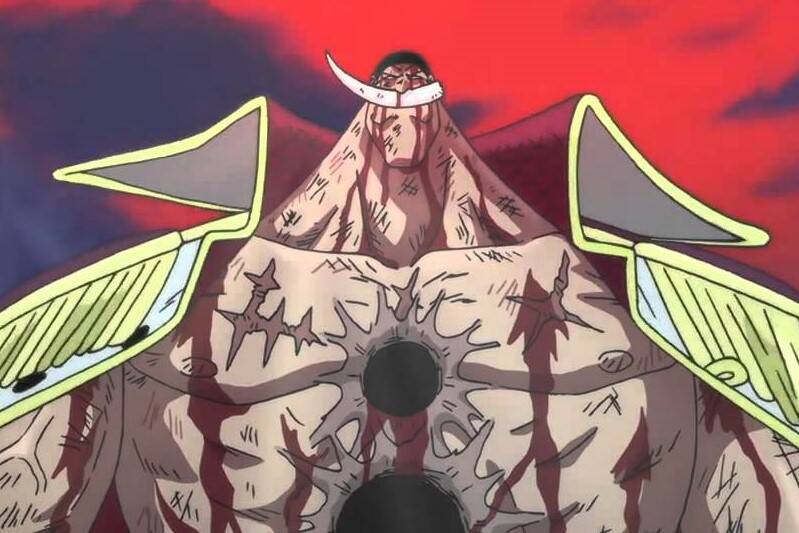 Edward Newgate, or Whitebeard, as he was more famously known, was a contemporary of Gol D. Roger and one of the four Yonko before his death during the Marineford Arc.

Whitebeard remained true to his fame and embraced death like a legend. Defeated by Blackbeard in a mysterious way, the old pirate died standing.

But not before declaring the existence of One Piece to the whole world. His death is undoubtedly one of the most iconic deaths in One Piece. 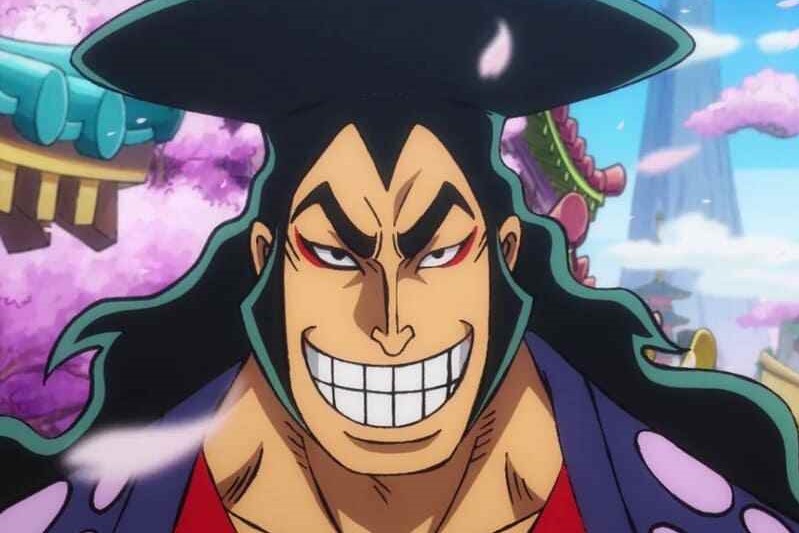 Kozuki Oden was to be the Shogun of Wano before he ran off to quench his thirst for adventure. He met Whitebeard and Roger on his journey and joined both their crews in different periods.

He also met his wife and had children during this time. Oden was in Roger Pirates during their last voyage to Laugh Tale and was the one to decrypt the Road Poneglyphs that led to the mysterious island.

Oden was a great man who sought to protect his country even at the cost of his pride and honor. He made himself a fool for five years to ensure the safety of the people of Wano before being betrayed by Orochi and Kaido. Smiling until his last moment, Oden died a hero’s death. 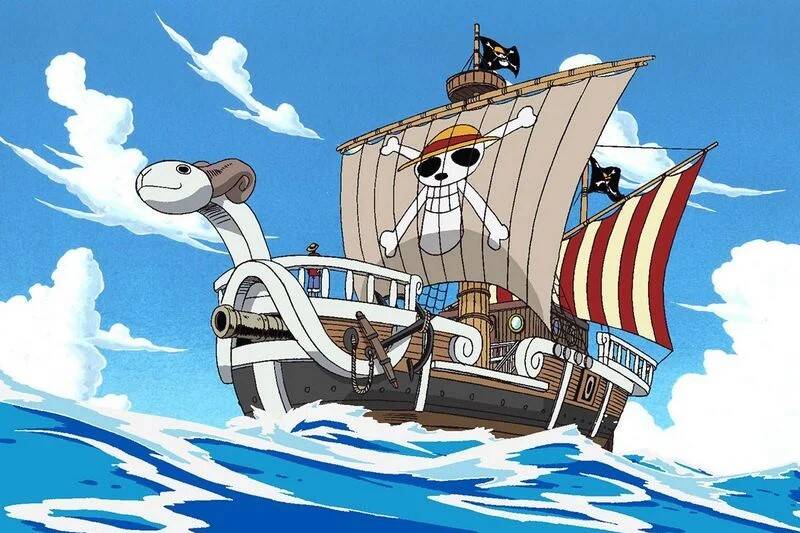 Going Merry was Straw Hat Pirates’ first actual ship, gifted to them by Kaya at the end of the Syrup Village Arc. Merry was with the crew for several of their journeys, going to unique islands and even to Sky Island. But it also suffered several damages along the way, reaching its lowest point in the Water Seven Arc.

The fight between Luffy and Ussop over Merry was already excruciatingly sad, but its final moment was heart-wrenching.

Loyal to its masters until the last moment, Merry rescued the Straw Hats from Enies Lobby before receiving a Viking funeral. In its last moments, Merry’s spirit lets the Straw Hats know how much it loved being with them. It’s a scene worth sobbing over. 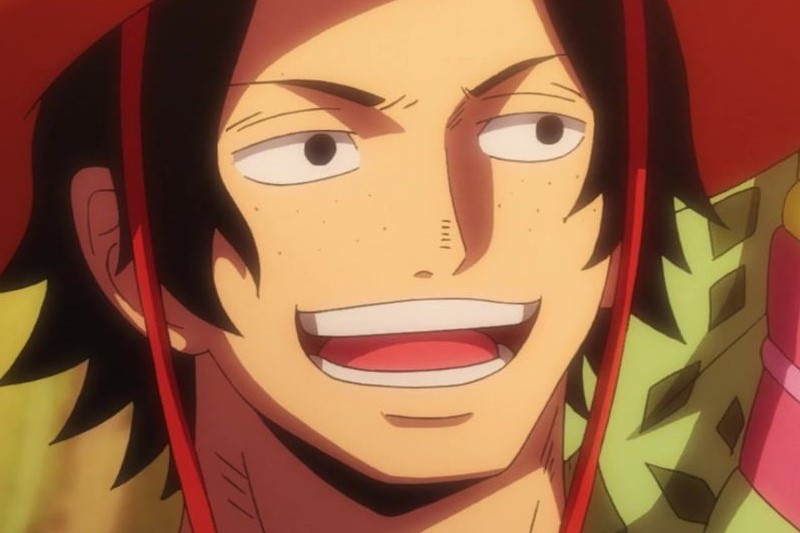 Portgas D. Ace was the sworn brother of Luffy and Sabo and the 2nd Division Commander of Whitebeard Pirates. He was also the son of the Pirate King, Gol D. Roger.

Handed over to the Marines by Blackbeard, Ace was to be executed in a public ceremony which led to the war between the Marines and Whitebeard Pirates.

Luffy went to hell and back to save his brother, and when it finally seemed like he’d succeeded, Ace died while trying to protect Luffy from Akainu’s attack.

He spent the last moments of his life in Luffy’s arms, conveying his gratitude for being loved before dying with a peaceful smile on his face.

His death drove Luffy to intense grief, and his agony-filled screaming would make anyone reach for tissues. Ace’s death was not only extremely painful, but it changed Luffy in a fundamental way. The death of Ace is without question the saddest death in One Piece.

One Piece has often left some characters in an ambiguous situation, never revealing explicitly whether they live or die. As we’ve not seen them die in the series, or their deaths hadn’t been confirmed by other characters, it’s safe to say it can go either way. Here are the unconfirmed deaths in One Piece:

Though compared to most Shonen series, One Piece has been more lenient in letting its characters live; it does have its fair share of deaths. As heartbreaking as some of those deaths might be, they also give the story more emotion and soul as well as propel our heroes to character development. With this, we finish our list of who dies in One Piece.