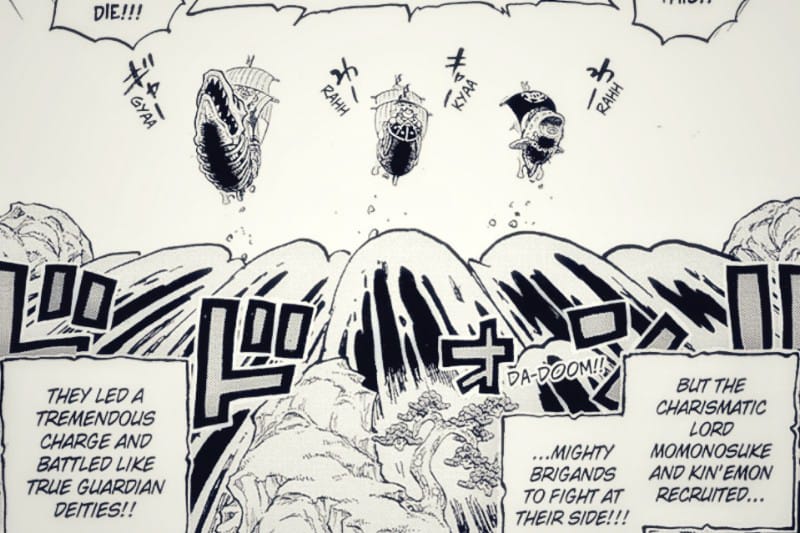 Wano arc is finally ended after four years of continuous struggle between Samurai and Beast Pirates. The arc initially began from One Piece Chapter 909 on July 2, 2018, in WSJ Issue 31, and now it finally ended on August 21, 2022, in WSJ Issue 38. It was a four-year journey where every Straw Hat member surpassed their limits to defeat the Beast Pirates. Now, all three pirate groups, the Heart Pirates, the Kid Pirates, and the Straw Hat Pirates, excitingly left Wano. So, where will their journey take them? Let’s discuss this in our article of One Piece Chapter 1058.

The last chapter was an incredible way to end the Wano Arc. It was a delightful ending where the people of Wano-Kuni could once again live peacefully under Shogun Momonosuke.

The best part was Luffy’s pulling Yonko’s move by giving his flag to Momonosuke. It clearly indicates that now Luffy and Straw Hats are not kids anymore, and they are showing their strength to the world. 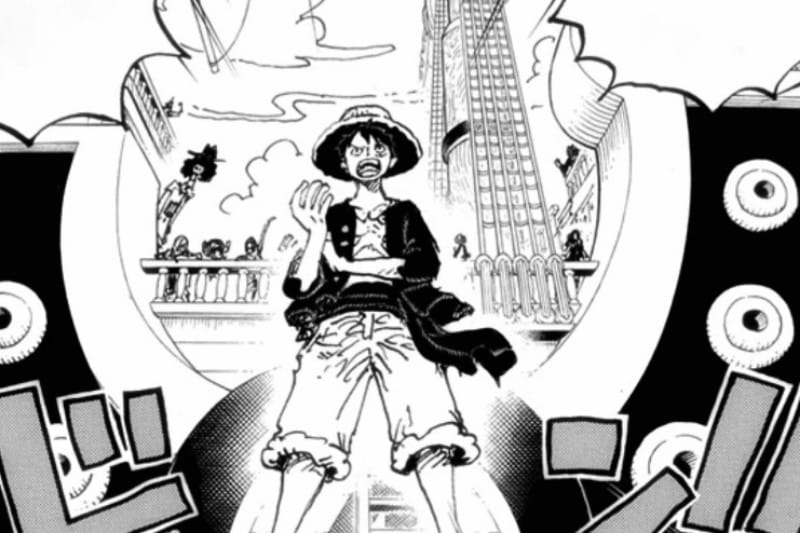 The Wano Arc has ended, but some mysteries remain unsolved. For example: what happened to the Big Mom Pirates, where is CP0’s last member, what is Zoro’s identity, and did Marco meet Luffy and other Straw Hats?

If the series revealed all these events, then it would be much more mind-blowing for the readers, but still, Oda sensei had to finish the arc in the given timeline. Maybe we will witness the answers to some of these mysteries in the future.

In addition, One Piece Chapter 1057 unveiled other exciting panels too. Starting with Uta’s past with the Red Hair Pirates, where all crew members were singing a song to make her happy. Uta was thinking about everyone and her past while forming her melody. Here, Oda sensei showed the origin of Uta’s music.

After that, we witnessed an unexpected twist on the cover page where Ceaser joined the fight with Germa. After all, it is his last chance to escape from the Totto island along with Germa. However, was his attack enough to stop Katakuri? No one knows. Meanwhile, in Wano, everyone is back in their daily lives, and our heroes have advanced to the new journey.

Must Read: All Major Roles by Buggy in One Piece

Finally, the confirmed spoilers of One Piece Chapter 1058 have surfaced. The next chapter will reveal everyone’s bounty. So, let’s see.

The title of the next chapter is “New Emperor.” Here, the new emperor refers to Buggy.

The cover will focus on the continuation of the battle between Katakuri and Germa, where Caesar will ask the Germa to go with them.

One Piece Chapter 1058 will begin with all the new bounties of the Straw Hat crew. All bounties are:

Here, Jinbe’s bounty is greater than Sanji’s. Many fans estimate that it is because of the conversation between Jinbe and Who’s Who, where Who’s Who shared crucial information about Luffy’s fruit.

Back to the chapter, Buggy is not the leader of Cross Guild; he is one of the new emperors by a mistake of the Navy. In addition, Buggy owes a huge debt to someone. Maybe Crocodile. That’s why Crocodile asked him to become the face of the Cross Guild.

Basically, Crocodile was the founder of Cross Guild. Mihawk received an invitation to join, and he accepted it. Moreover, since Buggy’s face was in the middle, the marines thought that Buggy was the leader of the guild.

Mihawk was known as “Marine Hunter” in the past.

Other top bounties are:

At the end of the chapter, the Revolutionaries Army will receive a call from someone. “It’s me, Sabo!!” Finally, Sabo contacted Dragon and others.

Here’s the glimpse of One Piece Chapter 1058 Spoilers. Below we have attached the raw scans.

The last chapter ended with the beginning of the new journey. We will witness the Straw Hat pirates planning to reach a new island. The chapter will cover the minor story panels where all members of the Straw Hat Pirates will do their daily schedules.

On the other hand, there is a high probability that Chapter 1058 will reveal the events of the outside world. Many fans predict that Blackbeard will make his appearance in the next chapter. We are still unknown of his primary goal.

Moreover, the most suspenseful part, i.e., the bounties of the Straw Hat Pirates, may also reveal. We are pretty sure that Zoro and Sanji’s bounties will sky-rock to 1 billion or more. On the other hand, the other crew mates will touch at least 500+ million berries target. Luffy, Kid, and Law have now become powerful as Yonko, but still, Kid has disadvantage when it comes to fighting against the same level of opponent.

Therefore, many fans have also predicted that maybe Kid will engage with Blackbeard, where perhaps he has to face an overwhelming defeat. Blackbeard has his own motive to seize the Road Poneglyphs’ print from either of these three pirates.

Luffy, Law, and Kid have the patterns of three road Poneglyphs, and if Blackbeard succeeds in getting all three Poneglyphs from either of these three, then he will reach close to reach Laughtale. Let’s see how the next chapter will commence.

Related: One Piece: All Devil Fruit Designs (Officially with Pictures)

The good news is there is no break next week; therefore, One Piece Chapter 1058 will be officially released on August 28, 2022, i.e., on Sunday. The spoilers and raw scans will surface two-three days prior to the official release. From Chapter 1058, we will see a new voyage by the Straw Hat Pirates.

Where to Read One Piece Chapter 1058

Fans can read One Piece chapter 1058 next week on August 28, 2022, from the official websites like Viz Media or Mangaplus Shueisha. You can read the early chapter on TCB scans. Also, you can join various discussion hubs like Reddit or Discord to get early spoilers.

If you don’t want to join, you can simply follow our article to get the latest update regarding the spoilers and raw scans of One Piece Chapter 1058. We will be back once we get the raw scans. Till then, stay tuned with us and read the articles below.