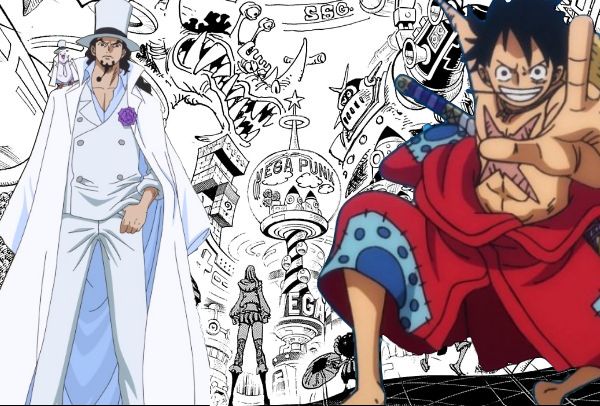 The last chapter ended with the beginning of the fight between Punk Satellites and CP0. So, we can estimate One Piece Chapter 1068 will follow the continuation of the same panel. But now the question arises: is Lucci’s group powerful enough to eliminate Vegapunk on his own island? And the answer is yes. One Piece Chapter 1068 spoilers are out, and it surfaces the tremendous abilities of CP0.

Indeed, we have already witnessed two members of CP0 engaging in the Wano battle. But at that time, their opponent was Izo, former commander of the Whitebeard Pirates, and they were already exhausted. Still, one of them managed to reach the top.

However, on Egghead, the circumstances are totally different. Lucci and others are already well prepared for the fight. It means in the next chapter; we will witness some interesting abilities from CP0’s side. And don’t forget they are Zoan users. Maybe Vegapunk’s latest invention, Seraphim, will take command here.

The last chapter unveiled an interesting mystery about an ancient giant robot that attacked Marijoa all the way to Red Line 200 years ago. But no one knows where it came from because this robot was from the ancient kingdom that was destroyed 900 years ago.

Simultaneously, Robin also stated that 200 years ago was the same year when Fishmen discrimination became a big issue. So, are those two incidents connected, or this Giant Robot came from Fishmen? Maybe in the future, we will know the truth behind it.

It will be great to witness the expression on their faces.

One Piece Chapter 1068 will be released on Sunday, December 4, 2022. After a week’s break, the One Piece manga will follow its actual schedule and surface Chapter 1068 on December 4 at various times worldwide.

According to the time zone, the chapter will be available on December 4 at the following schedule:

Fans can read the chapter for free with the English translation on the official website of Viz Media and Mangaplus Shueisha.