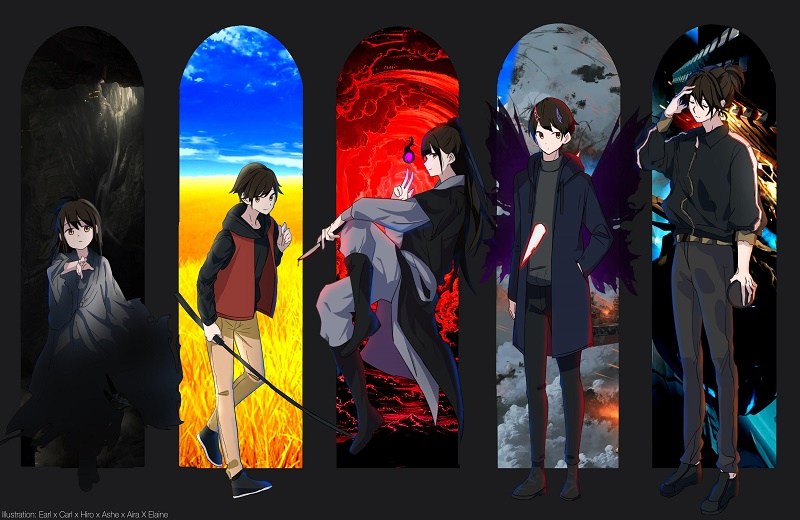 Power & Abilities of Tower of God Protagonist Twenty-Fifth Baam: Tower of God is a fantasy-based action-adventure manhwa written and illustrated by S.IU. Since its release in June 2010, it has become one of the most popular Webtoons ever.

It has created many records and set the bar high for the upcoming Webtoons. After a yearlong hiatus, its recently released new chapters left the readers yearning for more.

The Tower is a mystical place comprising of massive floors; according to the author, each floor is the size of the North American continent.

Each floor harbors many civilizations and kingdoms, some even oblivious about the existence of the Tower. The Tower is filled with mana-like substance – Shinsu, which provides monstrous powers to the user.

The Tower is ruled by the mighty immortal Zahard. Each floor is filled with deadly traps and gruesome monsters. Many players try to battle out to reach the top of the tower as it is the place where unfathomable riches lie for the individuals who scale the tower.

The protagonist of the story Twenty-Fifth Baam lived in a cave situated under the tower almost his entire childhood. In this ordeal, his lifelong friend Racheal is his only support.

When one fine day Racheal decided to leave and start climbing the tower, the thought of not seeing her pained Baam. Hence, he decided to pursue her and entered the tower.

An extraordinary journey awaited Baam when he entered the Tower. From being betrayed by Racheal to being recruited by FUG- an underground organization to overthrow Zahard.

From being oblivious to the existence of Shinsu to becoming an avid Shinsu controller. Little did Baam know that life-changing decisions and secrets related to his existence awaited him inside.

Spoiler Alert: This article is based on the webtoon; hence many abilities and powers of Baam have still not been disclosed in the anime.

Twenty-Fifth Baam is an irregular – someone who does not belongs to the Tower. An irregular enters the Tower from the outside, which grants them the ability to bend the rules of the Tower.

All the subjects of the tower who climb the tower are called regulars and are bound by various rules of the Guardian of each floor. The irregulars are exceptionally strong and have immense Shinsu manipulation capabilities.

There is a stigma associated with the irregulars that only an irregular can kill Zahard. Hence, maybe Baam is the messiah that the Tower is waiting for.

Initially, when Bam entered the Tower, he was weak and did not possess any ability. His ability to control waves manifested during the Wave controller classes during the Floor of the Test arc.

He possessed dangerous potential to be the greatest Wave Controller in the Tower’s History. He was recruited by FUG, where underwent rigorous training under his teacher Ha Jinsung.

FUG made Baam into a living ignition weapon by embedding the Thorn Fragment of Enryu in his body. According to the legend, Enryu was an irregular who slew the Administrator of the Floor of Death, and immediately after death, a massive Thorn appeared.

The thorn is fragmented into 4 pieces and is embedded in different corners of the Tower. Currently, Baam owns 2 fragments of the thorn, and when used, it provides dangerous abilities to Bam.

Must Read:Top 20 Most Powerful Characters in Tower of God Ranked

The battles inside the Tower are mostly fought in teams which each member occupying a specific role to play. Currently, there are five basic positions namely:

– Fisherman: They are the main offense that is they fight head-on with the enemy.

– Spear Bearer: They aid the team from a distance just like a sniper.

– Scout: They are responsible for reconnaissance purposes to gather resourceful intel about the enemy.

– Wave Controller: They are the ones who manipulate Shinsu.

– Light Bearer: They are responsible for storing and comprehending crucial data and guiding the teams for further attacks.

Depending upon the strength the Regulars are given a rank. Currently, Baam is a C-Rank regular. Those who have already scaled the Tower once are classified as Rankers, and the top 1% of them possessing immense strength and agility are called High-Rankers.

An important class of weapons in the Tower is Ignition Weapons. These weapons are created using a special kind of thick shinsu bearing a soul which will only yield to its true master.

They look like any other normal weapons but, once ignited, give out powerful blows releasing massive amounts of energy. These weapons are further divided into many categories depending on their characteristics.

Ignition Weapons are ranked from F to S depending on their strength, F being the lowest and S the strongest.

Twenty-Fifth Baam is like a black hole for powers as his body keeps manifesting and absorbing new abilities. One has to wait to know what all powers will he manifest while scaling the Tower further.

One can read this Webtoon on the official Naver (Korean) and Webtoon (English) apps. Owing to its popularity it was made into an anime that aired in April 2020. One can watch this anime on sites like Crunchyroll.