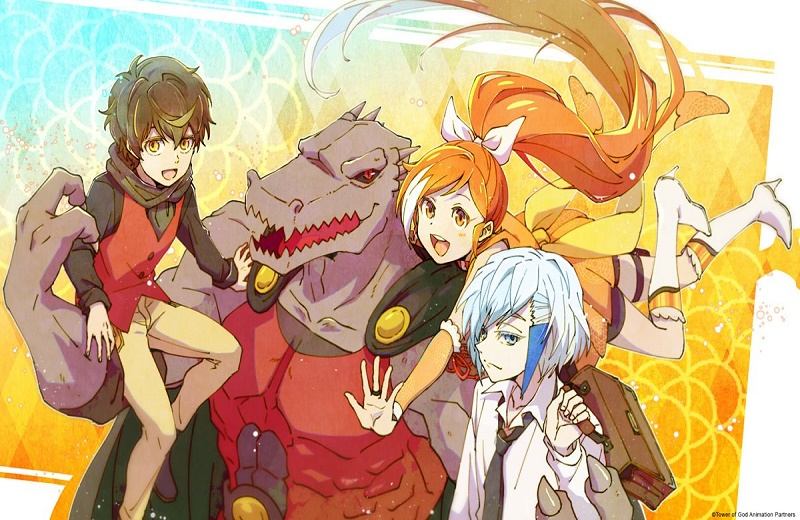 Tower of God is a South Korean manhwa written and illustrated by S.I.U; that is known to have shattered many records setting up a bar so high.

Running for over 10 years, it has managed to secure a wide fanbase that is always yearning for more.

With its recent return from a year-long hiatus, Tower of God is back to sweep us off our feet with its dark secrets and battle sequences defying human logic.

Tower of God is a fantasy-based manhwa that revolves around the life adventures of “Twenty-Fifth Bam.”

The main hero has spent his entire life living in the cave, unaware of the outside world with his only companion/friend Racheal.

When one fine day, Racheal decides to leave and to enter the Tower, the very thought of losing her made Bam follow in her footsteps. T

he Tower is a massive, mysterious structure with countless floors.

Each floor big enough to harbor several civilizations oblivious of each other’s existence or the outside world.

The Tower is a place where ambitions and desires come to fruition; hence, the very reason people try to climb it by battling out with each other and the unknown dangers.

The Tower is enwrapped in a field of Shinsu – a mana-like substance that offers horrifying powers to the user.

With countless twists and turn and 100X intimidating battle sequences, this is a must-read.

An important prerequisite in a battle is a powerful weapon, and this manhwa got heaps of it.

An important class of weapons in the Tower is Ignition Weapons.

These weapons are created using a special kind of thick shinsu bearing a soul which will only yield to its true master.

They look like any other normal weapons but, once ignited, give out powerful blows releasing massive amounts of energy.

These weapons are further divided into many categories depending on their characteristics.

Ignition Weapons are ranked from F to S depending on their strength, F being the lowest and S the strongest. Here we have compiled a list of the Top 10 Powerful Weapons in the Tower of God.

This hammer is infused with every bit of Woon Yeon’s mighty flames.

Woon Yeon, on realizing that his flames are meant for healing and not blazing through the hordes, unlike the other members of the Yeon family, set forward to heal people along his journey.

He used his mighty flames to cast a strong hammer to help a Devy- member of the Dooni tribe take revenge on the Khukum tribe for slaughtering his tribe.

The hammer was so powerful that he went on a rampage destroying everyone in the path, declaring him the almighty ruler.

This weapon belongs to Daleet- the commander of guards guarding the tower of the sealed hero- Dowon. He is a powerful ranker yielding a needle-like sword- Cherry Fire.

This weapon consists of many rhinestones from the River of Cherry Fire. These rhinestones are so tough that they can cut through almost anything.

This rifle belongs to Lo Po Bia Lefav a high ranker and a member of Zahard’s army. A single bullet fired from this rifle is enough to eliminate even a high ranker.

However, she can only fire two bullets a day as it takes a massive toll on her body as well. Lefav obtained these bullets by entering into a contract with the Guardian of the Floor.

Donghae is an ignition weapon under the possession of Hatsu. However, the extent of its powers is still unknown as Hatsu has never used this weapon as it is difficult to wield.

Since this weapon is acknowledged by White that means it is a deadly weapon worthy of praise. Meanwhile, Hatsu uses his Dual Katanas to deliver powerful blows to his opponents.

These swords are a type of ignition weapon which contains seven fragments of the soul of a powerful monster who once ravaged the homeland of Hong Danhwa and Hong Chunhwa.

These swords use the monster’s soul as energy to deliver massive blasts of shinsu. Currently, two swords of the series- Krishna and Narumada are known.

Endrossi encountered Narumada on the lower floors of the tower an unlikely place to find an ignition weapon. However, she was not able to handle the sword once it was ignited.

White is one of the slayers of FUG and is a gifted swordsman just like his father-Arie Hon- one of the heads of the 10 Great Families.

His sword can be modified into many forms depending upon the power.

Spinel and Cullinan are a few of the forms of his Spirit Sword, with Cullinan being the strongest form.

His deadly blows like White Style Spirit Sword: Dance of the Dead is enough to make anyone tremble.

It is a spear-like weapon possessed by the God of Spears – Khun Eudan himself. It is a type of compression weapon, an important class under ignition weapon.

These weapons are highly compressed in size, but when decompressed, they are powerful and enormous weapons.

According to myth, it is said that when Mago is decompressed, revealing its true form, it is strong enough to pierce through half of the Tower, making it worthy for the God of Spears.

These are the most powerful class under ignition weapons. These are bestowed by King Zahard upon the Princesses of Zahard. Each of the 13 swords possesses a soul waiting for its true master.

Once ignited, it releases massive amounts of power, which is a sight to behold.

These swords were created for the princesses to battle over them as the princess who possesses all thirteen of them will become Zahard’s queen.

However, igniting the sword takes a massive toll on the wielder. Once Enne Zahard tried to ignite two swords simultaneously only to lose her mental balance.

Currently, the Golden November possessed by Adori Zahard– Captain of the Royal Guards in Zahard’s army is the only S- rank weapon amongst them.

This needle is possed by Young Zahard Data and is a highly dangerous weapon that he only uses against people who he truly acknowledges as an opponent.

The weapon has three stages, namely Lecalicus, Coelacanth, and Leviathan, each stage being more fearsome and dangerous than the other. It changes its color depending on its strength.

This thorn suddenly appeared after Enryu slew the administrator of the Floor of the Death. This is said to hold tremendous power capable of even crushing Zahard.

The thorn was fragmented into 4 parts and scattered throughout the tower. Currently, two fragments of the thorn are possessed by Bam, which gives him mighty powers and strength.

Living Ignition Weapons are beings who contain a weapon inserted in them, making them an all machine. They are made by the Workshop after excessive experimentation on the test subjects.

The person is said to be injected with a mysterious liquid that turns every inch of their body into an ignition weapon. Once they release their true power, living ignition weapons are a force to reckon with.

Some of the living weapons know are Beniamino Cassano, Kang Horang, and Jyu Viole Grace, aka Bam.

Here was the list of the Top 10 Strongest Weapons in the Tower of God universe till now. Since its recent return from a year-long hiatus, one can only expect more and more deadly weapons to be introduced as Bam marches forward.

One can read this amazing record-breaking manhwa on the Webtoon app. Owing to its massive popularity, it was made into an anime under the name Kami no Tou, which aired in 2020.

Although there is no official announcement, there is huge speculation among fans that next season will soon release. Till then, one can watch the anime on Crunchyroll and keep reading the new chapters on Webtoons.