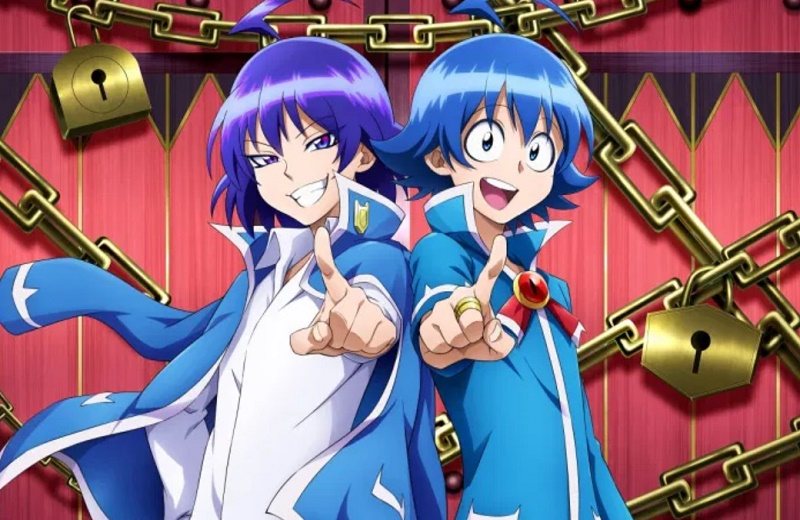 When one thinks about demons, two things come to mind their monstrous demonic aura and destructible powers. And there is not an ounce of doubt that the imaginary land of Netherworld created by Osamu Nishi lacks in any of the two. However, due to a glitch in the matrix, an ordinary human is destined to be the Next Demon King and rule over the treacherous world of demons.

Welcome to Demon School! Iruma-kun is a Japanese manga series written and illustrated by Osamu Nishi. Since its release in 2017, it was able to garner an overwhelmingly vast fanbase. In such a short period, it became one of the most successful running manga series of Japan. Owing to its huge success, it was adapted into an anime series that aired in 2019, and currently, season 2 has aired in April 2021.

Welcome to Demon School! Iruma-kun is based on the life adventures of an ordinary 14-year schoolboy- Iruma Suzuki in the Demon-world. For as long as he can remember, Iruma had to work hard to fend for himself, courtesy of his lousy parents. One day while working at one of his many part-time jobs, he was kidnapped by a powerful demon- Lord Sullivan. Scared for his life, Iruma gets a shock of his life when the demon offers Iruma to become his grandchild and stay in the Netherworld.

He is enrolled in the Babyls Demon School and thus, from here starts his adventures in the demon world. Fear-stricken by the fact that he might get eaten if his identity is revealed he tries to maintain a low profile. However, to his dismay his ojisama Lord Sullivan is one of The Great Three (most powerful beings in Netherworld) and also the principal of the school. Hence, attention and criticism follow wherever he goes. With a well-laid plot and exciting characters often ending up in weirdly embarrassing situations this series is a must-read/watch.

Power of Iruma in Welcome to Demon School! Iruma-kun-

By virtue of being a human, Iruma does not possess any demonic powers of his own. He often relies on Sullivan-sama’s magic stored in his ring. Lord Sullivan occupies the second-highest rank of Tet (Rank 9) and is also the most powerful being in the Netherworld; hence, his immense magic stored in the Ring of Gluttony allows Iruma to cast highly powerful spells making him a formidable opponent. He can also call forth his powerful familiar – Naberius Kalego, his very own sensei. Also, learning from his experiences in the Netherworld, Iruma has started to manifest his abilities through training.

However, there is still a great sense of mystery as to why did Sullivan-sama kidnapped Iruma and why is he going to such great lengths to support him. Maybe his promise to the previous Demon King Delkira to always stay by his side has something to do with it. Since there is a great shroud of mystery around Iruma’s origin, one can never know what kind of ruthless demonic power will Iruma manifests. Here is the list of his powers that are known as of now.

Abilities of Iruma in Welcome to Demon School! Iruma-kun–

Must Read : (2021) Power of Lord Sullivan in Welcome to Demon School! Iruma-kun Explained

Iruma, with his abilities, fulfills all the conditions for the Demon King’s Prophecy. According to the prophecy, the next Demon King will be the one who shall make one and all of his servants. He shall form blood pacts and heal all demonkind. He shall descend from a foreign realm and wear the golden ring of Solomon on his right hand. Maybe this is the reason for Lord Sullivan to protect Iruma.

With Iruma being nominated as the potential candidate for the next Demon King, only time will tell what mind-boggling twist is coming our way. For the time being, one can watch or read this series to relieve their stress. With new chapters coming out every week, one can read the manga on numerous websites like mangarockteam.com, mairimashitairuma-kun.com.

One can enjoy Season 1 of this light-hearted comedy on Netflix and the currently airing season 2 with a fresh new episode every week on sites like animedao-tv.com and animepisode.com. Stay tuned to know about the spoilers of the upcoming manga chapters and episodes!