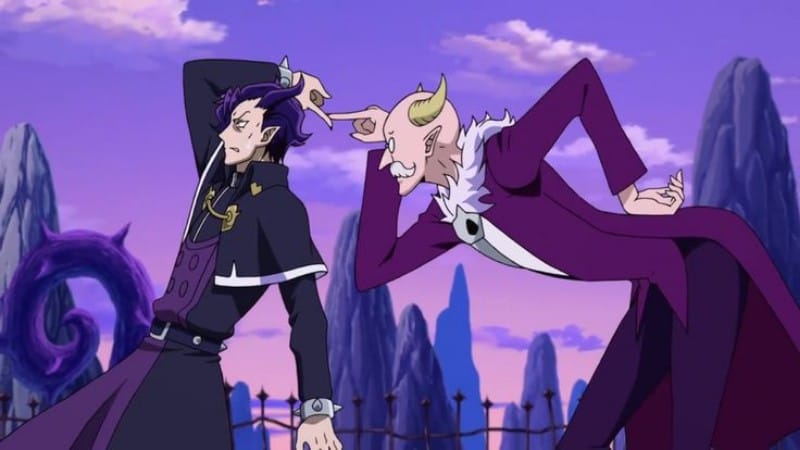 Recently the Bandai Namco Pictures Inc. dropped the first episode of much-awaited season two of Mairimashita! Iruma-kun that aired on 17 April 2021. Written and illustrated by Osamu Nishi, it is one of the most popular ongoing anime and manga series. This series follows the adventures of a human through the dark trenches of the demon world called the Netherworld.

Iruma Suzuki is a 14-year-old boy who, throughout his life, had to face many hardships, thanks to his good-for-nothing parents. Since childhood, he had to work multiple jobs to meet the necessities of life. His parents were never there and were busy enjoying themselves, leaving our poor Iruma to fend for himself. Eventually, one day at his job Iruma is kidnapped by a powerful demon named Lord Sullivan as Iruma’s parents sold him for money.

Iruma, on his way to Netherworld, is scared for his life. To his surprise, the demon offers Iruma to become his grandson or else be eaten. Owing to no choice at all, Iruma agrees. Suddenly the menacing demon turns into a jolly old chap. He showers Iruma with gifts and clothes and becomes a doting grandfather who is ready to do absolutely anything for Iruma.

Iruma is enrolled into the prestigious “Babyls High School” for demons, where he decides to keep a low profile. As warned by his grandfather, he might get eaten if anyone discovers that he is a human. However, this is next to impossible as his grandfather Lord Sullivan is the principal of the school, and by virtue of being his grandson, he unwantedly became the centre of attraction. On the very first day, he mistakenly chants a forbidden spell and gets into a fight with the most popular student. Thus, from here starts his extraordinary journey in the demon world.

The demon world is a place where rank is everything. It is the source of the demon’s prestige and power. The ranking system starts from Rank 1: Aleph, the lowest to the highest Rank 10: Yod. Iruma’s grandfather Lord Sullivan, is among ‘The Great Three’ who possesses the second-highest rank of Tet and is one of the candidates for becoming the next Demon King, the Lord of Netherworld, a position that has been vacant for many years. The entire series is filled with highly powerful demons and extraordinary magic spells and fight sequences. Here, we will take a look at the power and abilities of Lord Sullivan.

Power of Lord Sullivan in Welcome to Demon School! Iruma-kun-

Lord Sullivan is part of ‘The Great Three‘ beside Lady Levi and Lord Belial. The three of them hold the second-highest rank of Tet and are candidates for the position of Next Demon king – the Lord of the entire Netherworld. In the manga, it is known that the highest rank of Yod was only possessed by the previous Demon King Delkira. Sullivan served Delkira during his reign. Lord Sullivan holds immense power and knowledge, which can be seen from time to time both in the anime and manga series.

Presently, only this much is known about Lord Sullivan’s power. As the manga progresses further, the true nature of his power and his very reason to bring Iruma to the Netherworld will unfold. Due to its long list of silly and eccentric characters, this series is a must-watch. It makes you laugh out loud from time to time and keeps one on his feet thinking as to what will happen next. Only time will tell what tumultuous future lies ahead for Iruma-kun in the eccentric world of demons.

In the latest chapter 200, it is seen that ‘The Great Three’ have nominated their grandkids for the position of the Demon King. One can only anticipate how Iruma –a human will face this challenge and navigate his way in a world full of demons. One can read the manga for free at mangafreak and can enjoy the entire first season of Mairimashita! Iruma-kun on Netflix.