Skip to contentHome » News » (2021) Power of Saiki Kusuo in The Disastrous Life of Saiki K. Explained 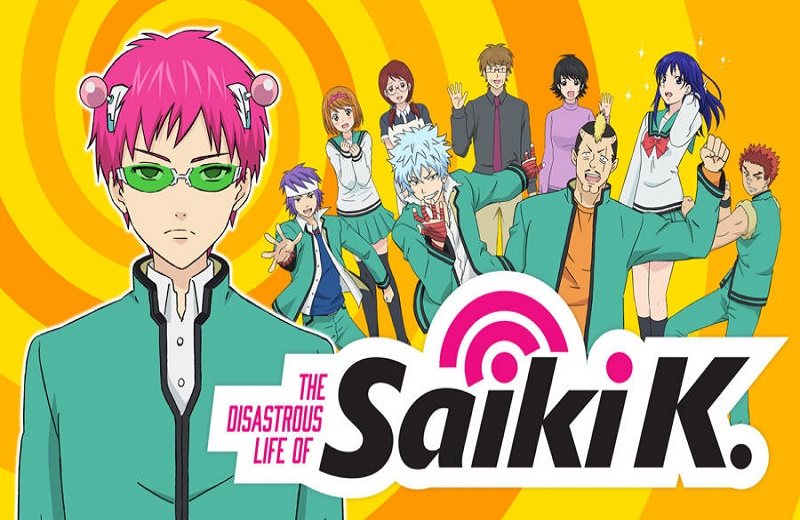 The Disastrous Life of Saiki K. is a fantasy-school life-based shonen Japanese manga series. Written and illustrated by Shuichi Aso, it was initially released as a series of one-shot chapters, and later on, the manga was serialized in Shueisha’s Weekly Shonen Jump magazine. An anime television series adaptation aired from July 2016 to December 2018, spanning three seasons. In 2019, Netflix released a six-episode sequel anime series entitled The Disastrous Life of Saiki K: Reawakened.

The anime revolves around the daily life of Saiki Kusuo- a 16-year-old teenager with extraordinary psychic abilities. He has a wide array of capabilities ranging from telepathy to petrification and time travel. He considers his powers a curse rather than a boon as his powers ruin almost every life experience. Saiki is somewhat of an aloof personality who keeps his distance from people to hide his powers. He tends to avoid being the center of attraction, but to his dismay, he is always getting sucked in awkward situations.

He avoids using his powers as he is determined to live an ordinary life- a life that seems too monotonous to us is a long-lost dream for Saiki Kusuo. His love for coffee jelly knows no bounds – something that is profoundly conveyed by the writer as he as dedicated chapters covering the weird romance between Saiki and Coffee Jelly.

Power of Saiki Kusuo in The Disastrous Life of Saiki K.-

With such an amazing blend of powers, there is no doubt that Saiki is no less powerful than the heroes of the Marvel and DC universe. He is Japan’s very own ‘Superman.’ Saiki was able to use his psychic abilities since birth, and the powers kept amplifying as he grew. When he was one week old, he spoke his first word. At one month, he was able to walk, and by the age of one, he was able to run errands.

By the age of five, he was able to easily lift a condominium and could easily destroy the moon. He could have easily recreated the world with his imagination by using memory control magic. With just one flick, he could have wiped out the entire world. However, the powers grew at an exponentially fast pace, and he lost his control over them. One night in his sleep, he blew his entire house just by turning over in his sleep.

Hence, he decided to a special device called limiters to control his powers. The limiters are the iconic pink antennas placed right above his ears which help to restrict his powers from amplifying and causing havoc. A glimpse of this can be seen in Episode 5 (season 1) of the anime when Reiki unknowingly takes out the antenna from Saiki’s head, rendering him completely unconscious.

At the same time, his psychokinesis abilities rage havoc in the world with the main system at the Space Station shutting down, the satellites going haywire, the signals crashing, leading to a blackout. However, the limiter was put right back to its place, and he regained consciousness. All this happened in only a matter of few seconds; one can only imagine what kind of destruction it would have caused if it continued for a few minutes.

Abilities of Saiki Kusuo in The Disastrous Life of Saiki K.-

Saiki, with his wide range of powers, is a force to reckon with. Though he tries to avoid using them, destiny always has something else in store for him. At times he has stopped typhoons, saved a plane from crashing, and later, towards the end of the series, he ventures to save Japan from a big meteorite.

With so many quirky characters, an awesome storyline, and countless moments where one just wants to burst into laughter, this anime is a must-watch. The anime contains a total of 120 episodes, each having a running time of 5 minutes. However, Netflix combined some 4-5 episodes to create a full-length episode with a running time of 24 minutes (approx). One can stream the entire series on Netflix. And for manga lovers, one can read the chapters online at sites like mangaowl or mangajar for free.