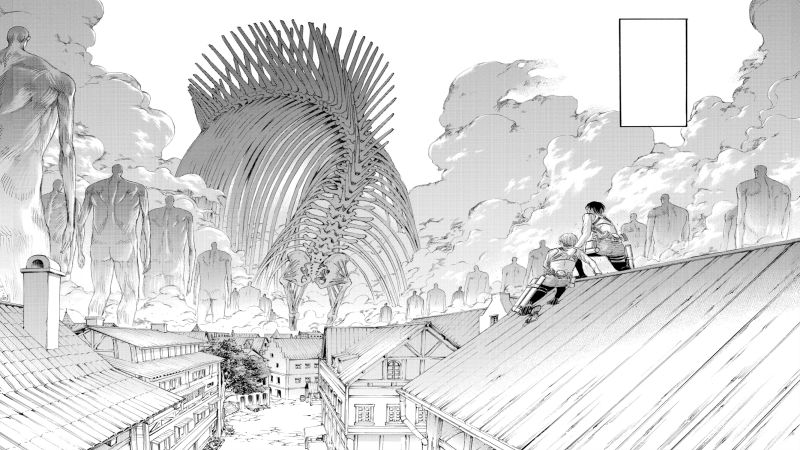 Attack on Titan is a dark fantasy series that has caused ripples throughout the world with its grievous plot and unexpected ending. The story shifted its course from a simple revenge plot by a small kid to a complicated plan of wiping out the world by a changed man.

The fact that in Attack on Titan, the characters died left and right made it stand out among the rest of the animes. As its name suggests, Attack on Titan is about a number of Titans putting humanity on the verge of extinction.

The strongest Titan of them all with the power to command over every other Titan was the Founding Titan. It was a Titan that transcended through generations by residing in the bodies of those people who could wield its power.

Founding Titan was the first to emerge out of all the nine legendary Titans. Moreover, it also signified a central point that served as a crossing point for all paths, which was meant to be a connection among all the subjects of Ymir and Titans.

Its power of highly sought after by everyone, which ultimately led to countless deaths. Eren was finally able to utilize the full power of AoT Founding Titan and wreaked havoc throughout Marley.

Power of the Founding Titan in Attack of Titan-

The strongest and the ultimate power of the Founder Titan was the ability to exert its control over every other Titan and rule over them. Moreover, it had another special feature of having the capability to modify the memories of people and turn them into Titans.

This was a unique power that could only be used by the people with royal blood. We later came to know that Eren could use that power after coming in contact with his brother and tuned into Founding Titan Eren.

Abilities of Founding Titan in Attack of Titan-

Founding Titan had the power to modify the bodies of the subjects of Ymir and turn them into Titans. It can create any form of Titan up to an infinite number, as we saw the case with a huge number of Colossal Titans. This is a massive destructive ability that can be used to wipe out any land from the map.

The power to control the Titans is complementary to the previous power of the Founder Titan. If it couldn’t control the Titans after creating them, it wouldn’t have been of much use. Once the order is passed by the Founding Titan, the other Titans have no other option but to follow it to its core.

Founding Titan, Eren used this power to attack Eldia with a huge number of Colossal Titans who left behind ruins of destruction.

The Founding Titan was the Supreme Being, and it had powers close to a God. Apart from creation and control, it can also manipulate the memories of all the subjects of Ymir. This power was related to the control over Titans and did not work on the Ackerman bloodline and anyone who was not a subject of Ymir.

The Founder Titan had the ability to modify the biological anatomy of the subjects of Ymir, which, if used correctly, could be used for life-saving medical properties. However, Founding Titan Eren hatched up a plan to use this power for making all the subjects of Ymir sterile and rid the world of Titans once and for all.

Since the Founding Titans are the central point of intersection for the paths of Titans and humans alike, it could communicate with all of them through telepathy. We saw how Eren used this power to inform all the subjects of Ymir how he was going to use the Colossal Titans for mass destruction.

This allowed the user of Founding Titan to receive all the memories of the past and future inheritors and relay their own memories simultaneously. They also had the power to affect the things in the past without causing major changes in the timeline.

However, this power had a major drawback as the user had to give in to the flow and commit to things we didn’t wish would take place. In the last chapter, it was revealed that Eren directed Dina Fritz’s Titan to leave Bertolt and proceed forward, thereby playing an indirect part in his mother’s death.

The manga for Attack on Titan came to a conclusion a few months back, while the final season of the anime is scheduled to be released in Winter 2022. Fans can read the manga by visiting the site of Kodanshacomics, while the anime can be binged on popular streaming services like Hulu and Funimation.