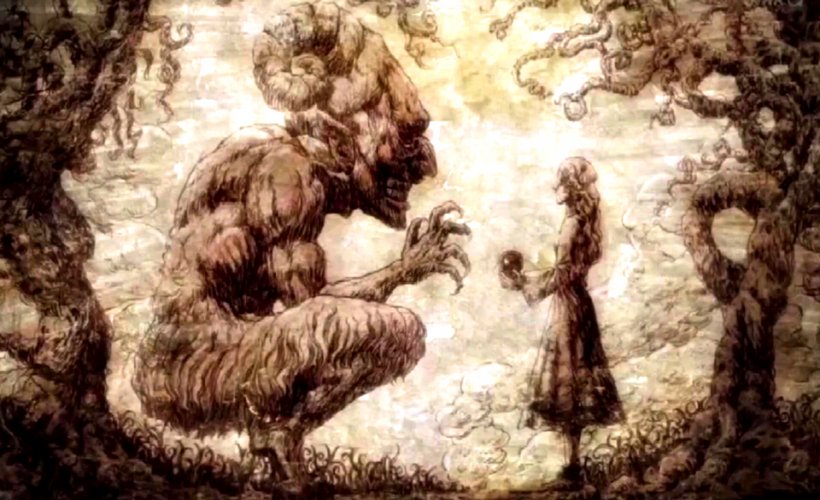 The final season of Attack on Titan will release this Sunday, i.e., on January 9, 2022. From then, the series will release each episode per week. You can officially watch Attack on Titan Season 4 Part 2 on Crunchyroll and Funimation. The English version of AOT S4 Part 2 will surface a month after the release, i.e., February.

In Attack on Titan, humanity is on the brink of extinction due to man-eating titans. Hundred years ago, people built three walls around their kingdom to protect themselves from those titans.

The walls were named after the three daughters of the Eldian King and Ymir Fritz, who was his slave and later became his concubine. The names of the walls were Wall Maria, Wall Rose, and Wall Sheena.

It was later shown that the titans were, in fact, transformed humans. The whole race of titans has originated from humans. The manga slowly unraveled the mysteries behind the titans’ existence and how the walls came to be and showed a whole other civilization outside those walls.

In this post, we will discuss the power of all nine categories of Titans that are displayed in the Attack on Titan series.

Around 2,000 years ago, Ymir Fritz, a slave of the Eldian King, obtained the power of the Titans. She was the first Titan and became the Founding Titan. She died thirteen years later while protecting the king, and Maria, Rose, and Sheena cannibalized her corpse.

Ymir’s powers were split into the Nine Titans. The Nine Titans’ powers were eventually inherited by her nine descendants and soon destroyed the ancient of Marley, who was the enemy of the Eldian Empire.

Only the Subjects of Ymir, the Eldians, who were the descendants of Ymir, could transform into any kind of Titan, while the Marlians were deprived of that power.

Since then, the Nine Titans resided with the noble families during Eldia’s reign, and the new inheritors of the Titans received the memories of their respective predecessors. This went on for more than a millennia.

When the 145th King, Karl Fritz, succeeded the throne and the power of the Founding Titan, he felt immense shame for the actions of his predecessors and held great sympathy for the Marlians. He conspired with the Tybur family (an Eldian noble family) and incited a civil war known as the Great Titan War with the help of the people of Marley.

This marked the beginning of the tragedy of the Eldians. Eldia crumbled from inside, and Marley seized the control of the Seven Titans, with only the Founding and Attack Titan escaping their grasp.

The Marlians distributed the Titans (except war hammer titan) among those Eldians who were loyal to them and named them Warriors. Karl Fritz moved many Eldians to an island called Paradis Island, built the walls, and erased their memories, except for a few minorities who were immune due to not being pure Eldians.

Power of Nine Titans in Attack on Titan-

This is the first Titan whose powers were possessed by Ymir Fritz. The height of the Founding Titan is 13m. Its powers can be used by screaming. The Founding Titan can control other Titans and also manipulate their memories.

Hence, it seemed to be impossible for him to use its powers until, due to unforeseen circumstances, it was discovered that Eren Yeager could actually use the powers of the Founding Titan as long as he is in physical contact with a royal.

According to Grisha Yeager, father of Eren Yeager, this Titan can rule over all Titans. He believed that with the power of the Founding Titan, he and his compatriots could destroy Marley once again.

The Attack Titan has fought for freedom throughout history. Grisha Yeager stated that those who have inherited the Attack Titan powers never obeyed others and can resist the self-righteousness of the King.

Being 60m tall, this Titan is known for its incredible size and immense strength. This Titan was responsible for breaking Wall Maria when it was previously inherited by Bertold Hoover. Armin Arlet currently possesses it. The Colossus Titan can emit steam with its body and control it.

This Titan can easily mimic the attributes of other Titans and is 14m tall. The Female Titan is currently possessed by Annie Leonhart, who is in allegiance with Marley. This Titan has high mobility and endurance. With the combination of Annie Leonhart’s martial arts and its hardening ability, it was tough to defeat.

It is 15m tall and possesses armored plates of skin across its body, making it very difficult to cut. Apart from armored plates, it can also harden its body.

The armored plates aren’t present at the joint parts like the back of the knees and ankles to allow movements; and, that became its only weakness. The Armored Titan is currently possessed by Reiner Braun, who is in allegiance with Marley.

This Titan resembles a gorilla and is the only Titan that has hair on its body. It is 17m tall and is currently possessed by Zeke Yeager, half-brother of Eren Yeager.

One of its remarkable qualities is that it has the ability of powerful throwing. Zeke Yeager, being a member of the royal family, can transform the Eldians into Titans and control them.

This Titan possesses a pair of jaws and claws that can tear through almost anything. It is also known as the swiftest Titan due to its small size, as it is only 5m tall. It is currently possessed by Falco Grice, who is in allegiance with Marley.

This is the shortest Titan among the Nine Titans, having a height of 4m. It is in a quadruped form and has high speed. This Titan possesses the highest level of endurance among all the others, which allows its inheritors to stay in Titan form for a longer period of time. The Cart Titan is currently in possession of Pieck Finger, who is alleged to Marley.

It was kept within the Tybur family until the year 854, before Eren Yeager got possession of it. This Titan is 15m tall and can create structures out of hardened Titan flesh and create flexible weaponry components.

These structures can be used to make weapons such as pikes, whips, etc. One of its unusual abilities is that it can remove its control center from its nape. So unlike other Titans, its nape is not necessarily its weak point.

That’s all you need to know about the Nine Titans. The final season will be an epic and is scheduled to be released on 9th January, 2022 where all the secrets of the past will unravel. So, be prepared for some more astounding revelations, wars, and the end of the two millennia-long conflicts between the Eldians and the Marlians.

Here, we conclude our article on “Power of Nine Titans in Attack on Titan.” I hope you like it. Attack on Titan manga is already completed, and you can read it from the official website of Attack on Titan. For animated series, you can watch all animated seasons officially either on Crunchyroll or Funimation. We will be back with another article. Till then, stay tuned with us and read the articles below.

Power of the Founding Titan (AoT) in Attack On Titan Explained